Female protagonists are secondary in shows. NOT because of so-called sexism, but the community is predominantly MALE.

So there’s  less female protagonists who are incredible, admired and loved by the community in general. 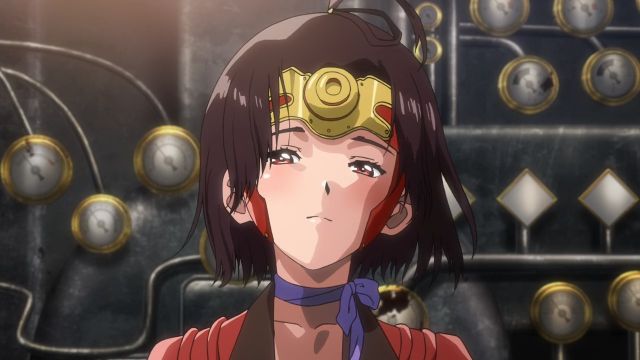 But that doesn’t mean there aren’t a lot of brilliant female protagonists. I’m thinking of plenty as I write this out that I’ll get into.

Each character I’ll mention has their own quirk, whether it’s a great personality, supernatural strength, or they’re written so well it’s impossible to deny it.

Or something else all together. I’ll get into Lina Inverse first, since she’s an old school character from the 1990’s that some fans won’t know of.

Lina Inverse is the type of character who’s inspired many of your favorites today in the supernatural genre of .

Even as a teenager in the beginning of this adventure series, Lina Inverse travels alone and takes care of herself without needing helping from anyone. 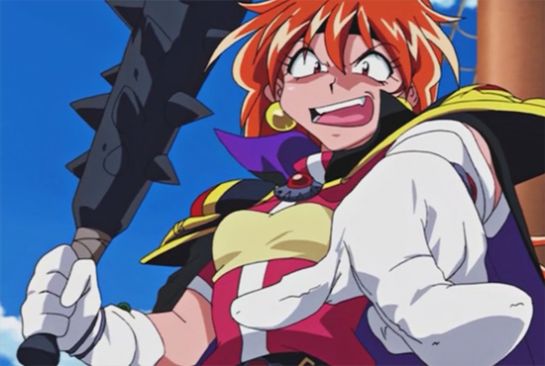 She’s the independent type who doesn’t need cheering on to feel motivated to do something… She’s self driven like that, despite being a little overbearing and a “handful”.

And that’s what I love about Lina Inverse as a female protagonist. There’s not a “damsel in distress” bone in her body, making well-rounded and balanced. Instead of cliche and typical. 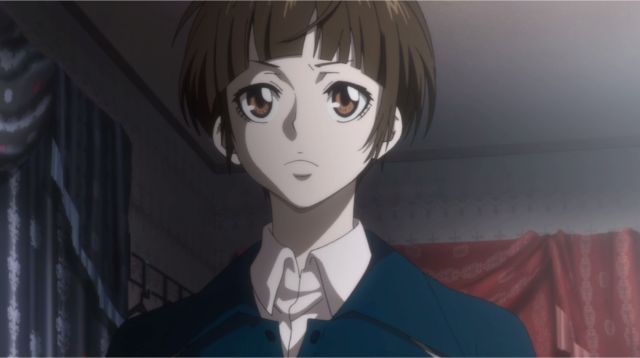 Psycho Pass is about a technology driven society from the perspectives of police officers and the system.

Each police officer is given a gun called a “dominator” that judges your psychological health. And whether you deserve to be die based on that (or arrested for being dangerous, etc). 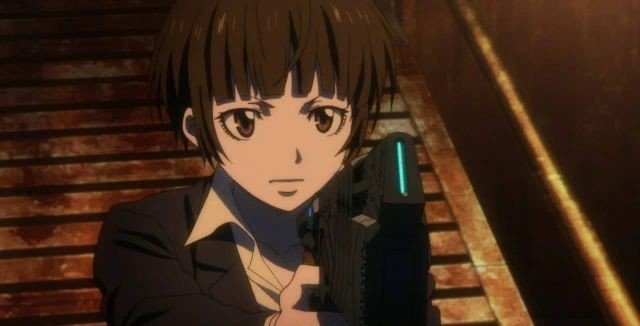 Akane Tsunemori is a stand out female protagonist because she’s an independent thinker, creative, and well written in general.

She doesn’t need “saving” for the sake of a cliche plot.

That’s what makes Akane’s role as a police officer in the Sibyl system so refreshing.

She brings something relevant to the police force in Psycho Pass. And slowly works her way into the system, to the point of having the power to influence it in a way that’s beneficial. 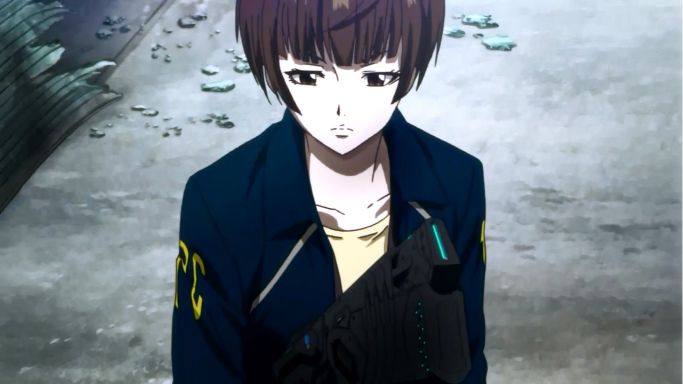 And without the need for fan service and other types of nonsense with female leads at times, it makes Akane’s role in Psycho Pass a masterpiece in its own right. 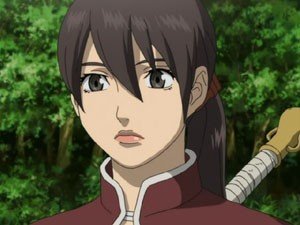 You get a sense of a woman who’s got her sh*t together, and has standards so high she’s not willing to compromise for what she wants.

That in itself takes a lot of morals, ethics, and most of all: self-esteem to reach a point where you see things for what they are. And aren’t mislead by materialistic bullsh*t and superficial things. 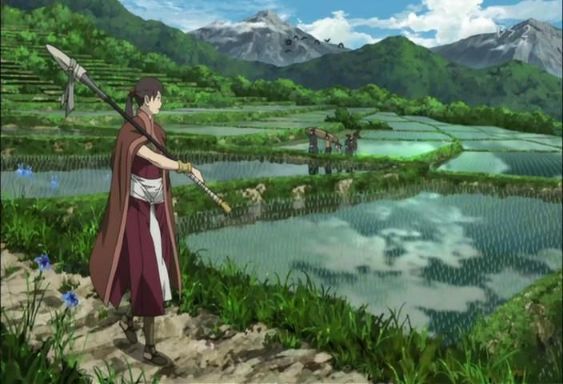 Balsa’s role is to protect the prince from his own people trying to murder him. She’s a bodyguard who can fight like a PRO and wields a spear with finesse and skill.

Balsa’s fight scenes aren’t the main highlight of what makes her so great, but it’s one aspect that makes this so special for an adventure series. 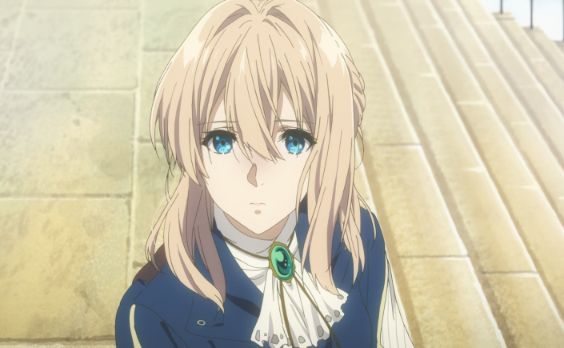 Violet Evergarden is a female protagonist I feel a lot of people miss or overlook. Maybe it’s because she’s from a slice of life series?

They’re usually not associated with “strong” female characters in a literal sense.

But whichever way I look at it – Violet Evergarden is a strong female character who learns to deal with her emotions as a teenager. And become a better person because of it. 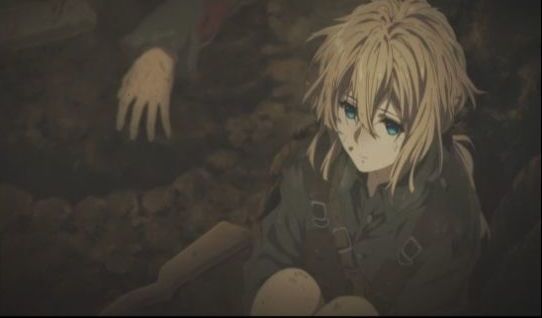 She’s brainwashed into being a child soldier because of how agile and “natural” she is on the battlefield. But after the war something tragic happens that changes her future.

The picks up from this point, and you get to see Violet Evergarden’s journey of discovering what “I love you” means, on top of her own personal development and challenges. 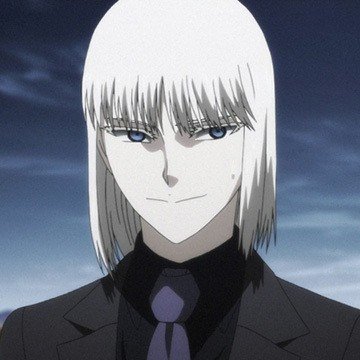 Koko Hekmatyar is one of my favorite characters of ALL time. And so is the .

Jormungand is all about arms dealers and the gritty business of selling weapons to corrupt governments, politicians and countries. And it’s a realistic view of what happens in the real world. 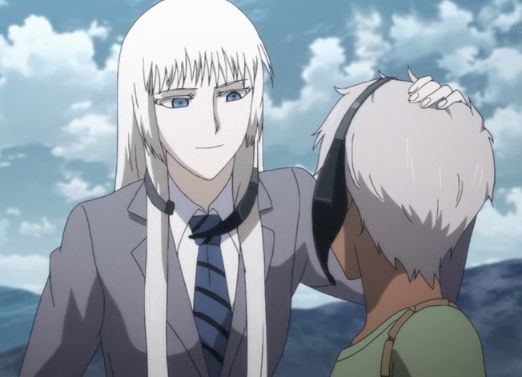 Koko’s a strong leader who’s all about her business. And her chipper attitude is why her bodyguards LOVE to work with Koko.

When you think about how “gangster” her line of work is – she puts A LOT of “strong” protagonists to shame. 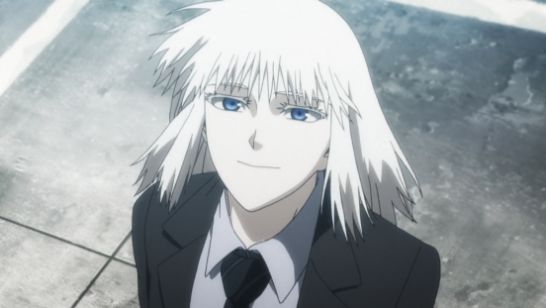 What you’ll love most about Koko is how she’s able to smile through the hardship and tap dance through the dark side of the business she’s in.

How many people can do that, knowing there are people who hate you so much they’re attempting to murder you for existing? 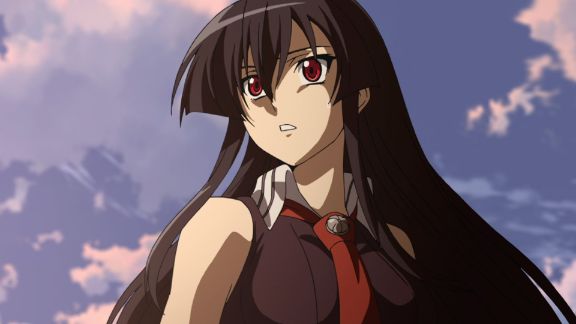 Akame, the dual protagonist alongside Tatsumi from is cold, aloof, reserved and observant. Or at least that’s the first impression you get from her.

She’s an assassin in the group: Nightraid, an organization designed to destroy the corrupt government and create a revolution to bring about positive change.

Akame’s an obvious example of a female character who’s strong, beautiful, and too independent to rely on others. But not not her own detriment.

When you think about the savage lifestyle she’s forced into as a child, you start to see Akame’s personality isn’t “aloof” by accident.

She’s insecure, relatable, and a great example of what a GOOD female protagonist looks like.

7. Princess Yona (Yona Of The Dawn) 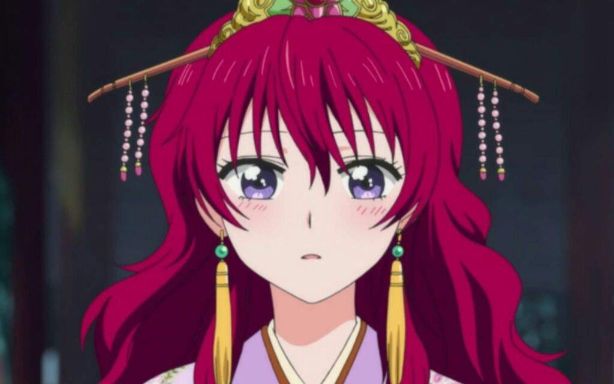 In the case of Yona Of The Dawn – Yona starts off “weak”.

From there the plot starts to develop her character with each episode and life changing trauma. Making her “stronger” as she adapts to the harsh reality of what’s happening in the story. 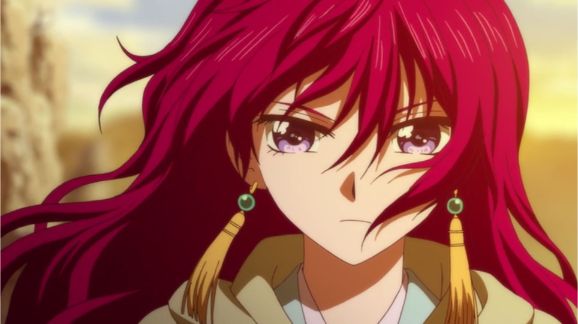 And she ends up becoming a “strong” female character in every sense of the definition. Physically to the degree that she can fight and defend herself, and mentally because of how her mindset starts to change.

It’s a progressive and you get to see it play out step by step. 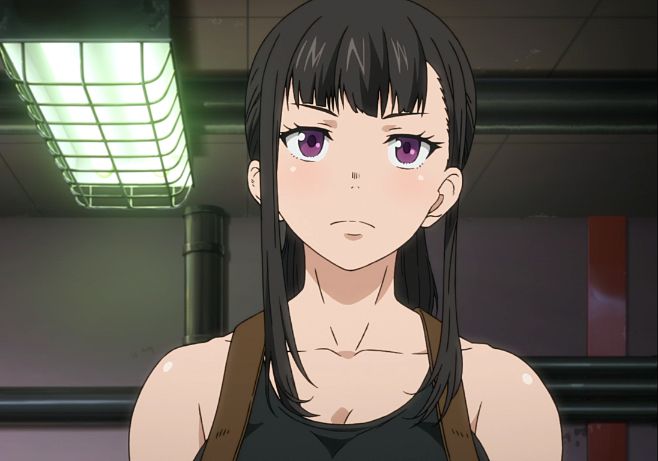 It’s written by the same author who worked on Soul Eater, so you can see a lot of similarities. Especially with the stunning art, designs, and killer animation quality. 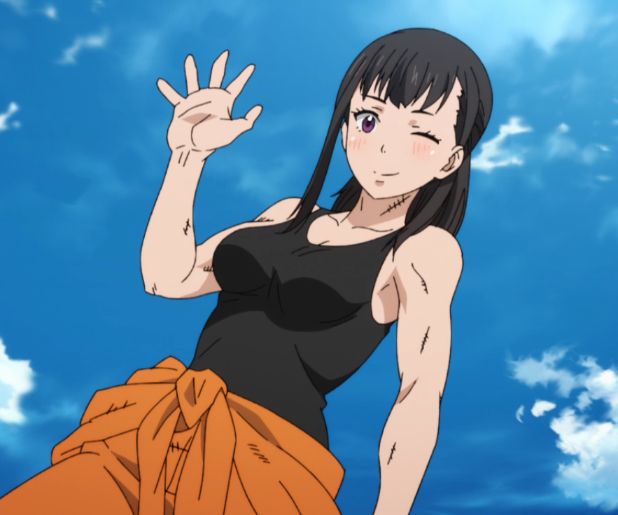 Maki’s a female character who works out and takes her physical health more serious than comparable characters. There’s a back story to this that nips it all in a bud as well.

Because of how militant, disciplined and Maki is though, it makes her role in shine so much. Along with her likable personality traits.

It doesn’t hurt that she’s strong and gorgeous to look at aesthetically, either.

Related: 17 Of The Most Aesthetically Pleasing Anime 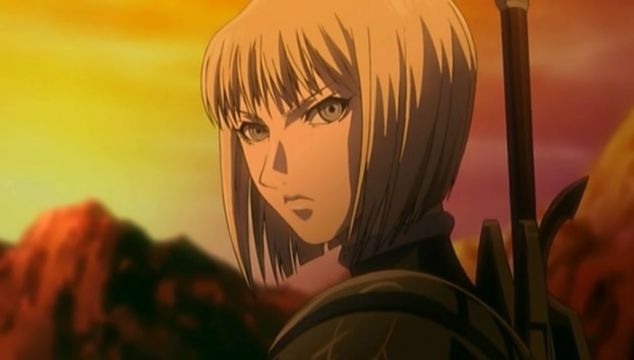 It’s not the kind of that does it to play politics, but instead because it’s a necessary part of the plot as you’ll learn within the first few episodes. 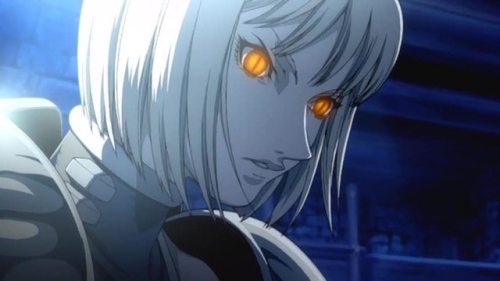 Clare develops into a strong character based on her past experiences. Even though most of the time, she’s reserved and doesn’t say too much unless she needs to.

And Teresa (Clare’s inspiration) is another strong female character as well. 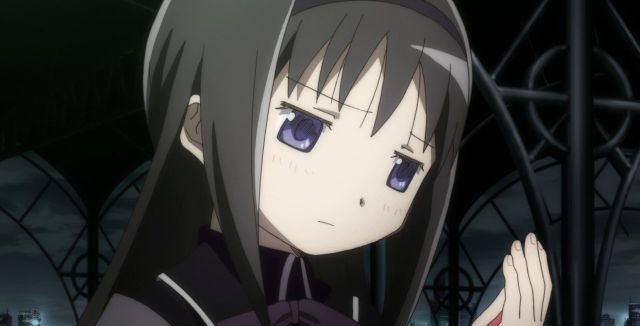 is split between two protagonists: (black hair) and (pink hair).

has the least development of the two, but the story revolves around Akemi a lot more.The stronger character between the two. 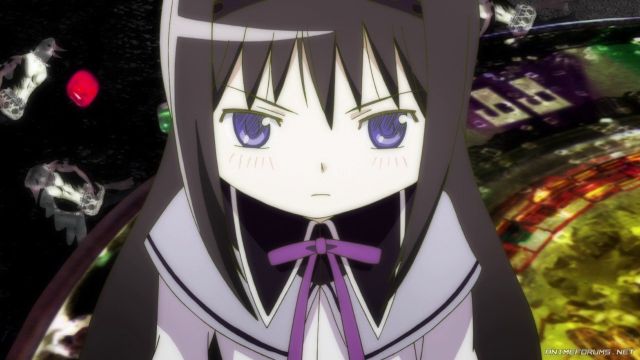 Akemi’s on a journey to save her best friend. But this is hidden in the plot until later in the series.

As a character she’s gone through the darkest times and still manages to rise up like a phoenix and fight for her beliefs. Even if barely.

Akemi’s undeniable tenacity and overwhelming loyalty to her friends has to be her most attractive personality trait. 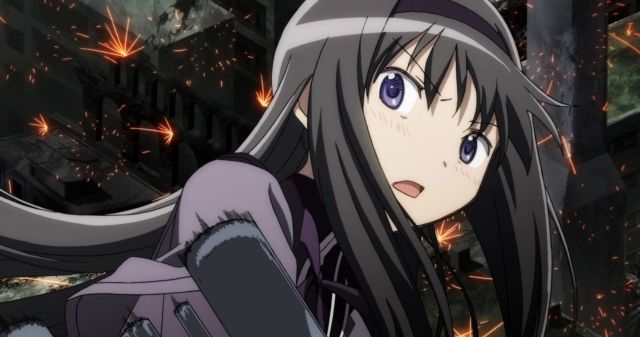 A good thing about worth mentioning is even the support characters are strong, smart and capable in their own ways.

is a perfect example of female characters who deviate from cliches and fan service.

Related: 9 Of The Most Meaningful Life Lessons From Madoka Magica 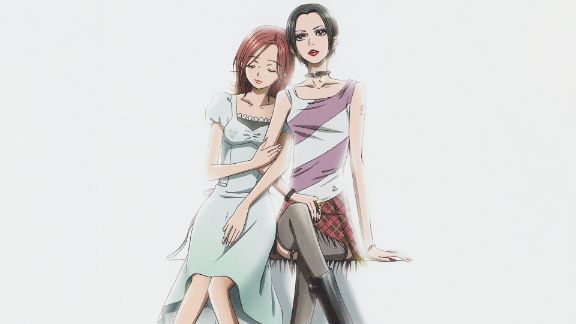 Nana is another one that’s similar to . You’re getting two sides and two personalities from both main characters (who share the name “Nana”).

I haven’t watched too many Shoujo, but I gave this a 10/10 for how well it’s written, how the characters are played, the stories, romance, and the realism of what it’s like to be a young . 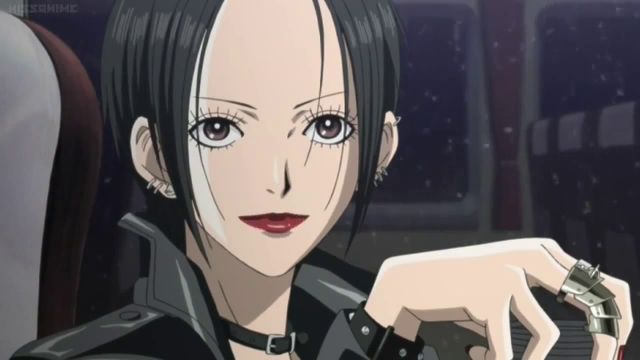 Nana Osaki (one half of the protagonists) is the stronger character on the surface.

Independent, doesn’t give a F about what people think of her, and would rather die than do anything other than making a living from .

She has a stubborn personality and she’s a little rough around the edges.

And then you have Nana Komatsu, who on the surface is naïve and foolish. It’s more accurate to say she’s impulsive.

But she has her positive traits and both protagonists balance each other out. Making the easy to digest. 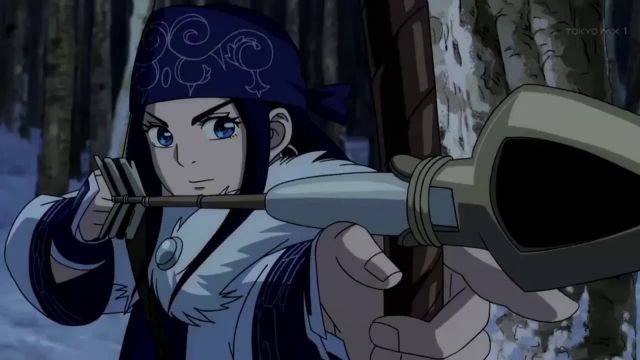 Golden Kamuy has dual protagonists. And both balance each other out for their skills, strengths, weaknesses and chemistry.

Asirpa is braver than she looks with pride and standards comparable to Saber from Fate Stay Night. 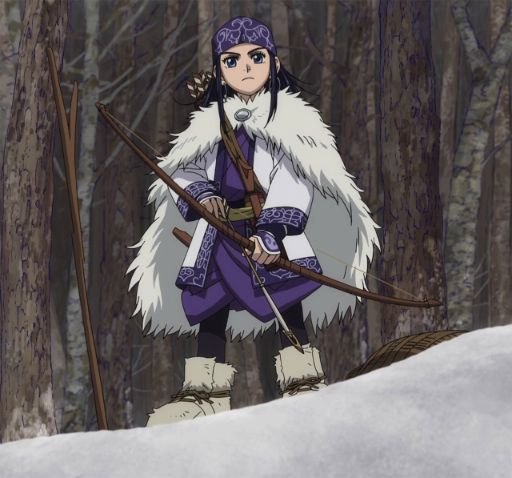 For a character so small she has the heart of a lion. She’s trained to hunt animals as an Ainu.

This makes her more independent, capable and rounded than most female protagonists who don’t share these skill sets.

We still need a third season from Golden Kamuy, but Asirpa as a protagonist is underrated and overlooked.

7 Of The Most Powerful Female Anime Characters