I’m a fan of dubbed shows. It’s how I’ve grown up so I’m used to that format.

Listening to something in Japanese makes NO sense to me, and only makes my experience more irritating and unproductive.

That’s how I felt when I was introduced to . But these days I watched more subbed than dub. There’s a lot more selection so it’s inevitable.

That said, the dub vs sub war has been going on forever now. And if you ask me – it’s ridiculous.

But that’s not I want to talk about.

Right now my focus is sharing 7 reasons WHY most fans hate English dubbed animes. With some reasons being more common or childish than others (in the grand scheme of things).

1. Because some fans are elitists 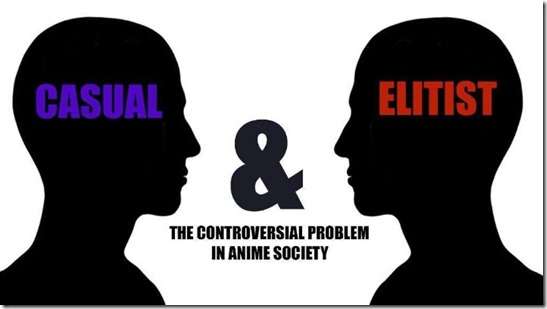 Let’s keep it real. Elitists do exist in the community.

They’re so obsessed with the subbed versions, they assume those who watch dubs are losers, stupid, naïve or don’t know any better.

This is a sad fact about the community. A large portion of people convince themselves that they’re better than you, because they watch “the original” version.

2. Because they grew up watching subs

If it’s “normal” to you, then switching over to dubs will feel weird. And you’ll naturally dislike it in comparison.

A portion of fans grow up like this, and so it’s the most natural option to go with.

It’s about what you’re comfortable with.

3. Because not every dub is high quality 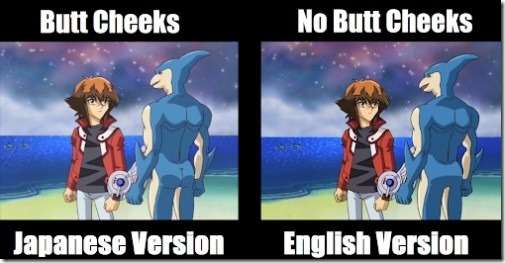 Bodacious Space Pirates is an example of this, even if slightly.

The dub is great itself, but in some parts of the the dubbing is “off”. Meaning: there’s a time lag between what they say (words) and what happens on-screen.

Other times fans may dislike the voice actors/actresses because they don’t match the characters.

Or their emotions aren’t “portrayed” to a certain standard. 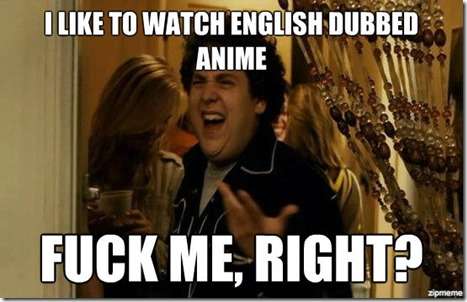 When you’re a nerd in school (or the odd one out), people assume you’re a freak because you’re different to everyone else.

Watching dubs is the same. It makes you abnormal compared to most of the community, so naturally they avoid it to “fit in with the crowd”.

No matter what anyone says this is the unforgiving truth. It’s a sheep vs shepherd mentality for some people.

5. Because of translation issues 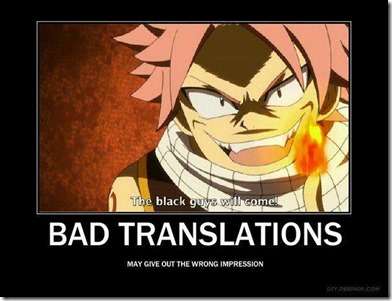 Sometimes words are missing from the original, or it’s changed in a way that doesn’t make sense. This is only a problem if you’ve watched the sub before the dub though.

As for me – I don’t give a sh*t if an animes been translated slightly from the original. As long as the meaning and the context makes sense, then it’s all good.

6. Because some fans prefer watching in Japanese

For reasons like wanting to know about the culture, the “native tongue”, and things along those lines.

Nothing wrong with that.

I compare it to going to a restaurant.

If I want to eat Chinese, then it better be served by a Chinese person. Or else it doesn’t feel authentic to me.

7. English dubs TAKE FOREVER to be made

This is true for so many shows, so some fans don’t have the patience to wait it out. Hence why they stick with the subbed version.

In the beginning I missed out on so many because of this.

like Konosuba, , (and more) were some I never watched till I switched over.

But for like I’ll always stick with the dubbed version. It’s solid.

The Greatest Anime Dub Actors Who VOICE Your Favorite Characters