What defines a GREAT series?

But the truth is – even though all of these things are important, some just “rub you” the wrong way.

And no matter how “good” some of these things seem, it doesn’t change your opinion of how AWFUL it is. In your eyes.

So awful that you’re forced to drop it, abandon it, and give up hope.

I’ll share some shows that did that to me… 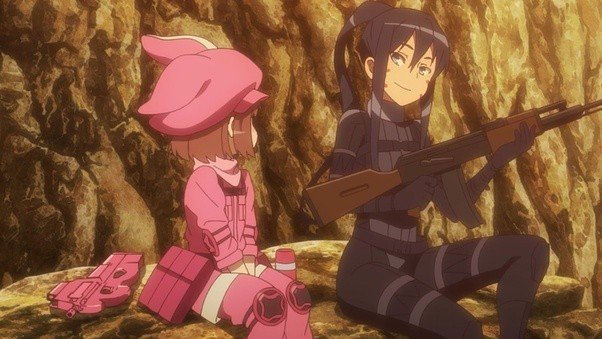 Let me start by saying – I’m a BIG fan of the series.

I don’t understand the abuse, the hate and the “trolling” when it comes to In general.

But this? It’s an “alternative” released back in 2018, with its own side story and characters. 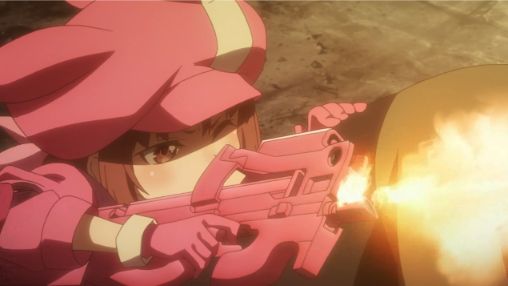 Llenn is one of the “main” characters in the series. In fact she may as well be the only protagonist of the story.

The first episode starts out decent, and what you get is an introduction into the kind of “shoot em up” style the is going for. Which is expected of the GGO universe. 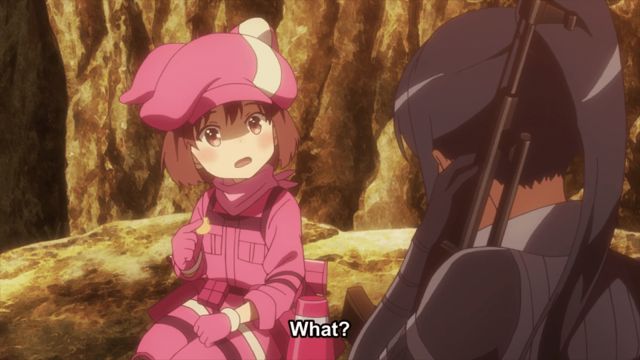 Llenn’s -sized character, and her “real life” character have a lot of contrast. That’s one aspect I liked.

But the starts to go downhill when it tries to “recreate ” in a desperate attempt to make it dark and edgy.

This is where it fails miserably. And starts to become “just” another series that’s not worth remembering or thinking about. 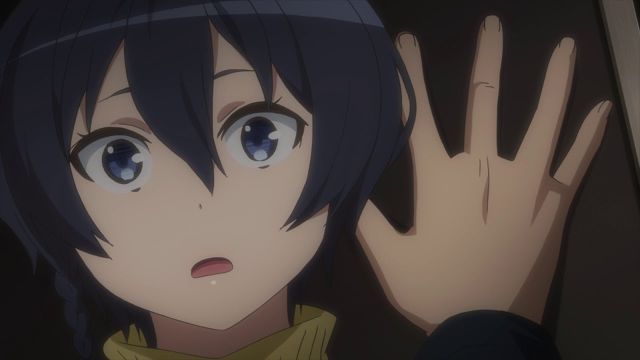 It was rushed and feels more like a “stand in” series, designed to “please” fans while they were waiting for season 3.

Related: Will Virtual Reality Like In Sword Art Online Ever Be Possible?

2. The Familiar Of Zero 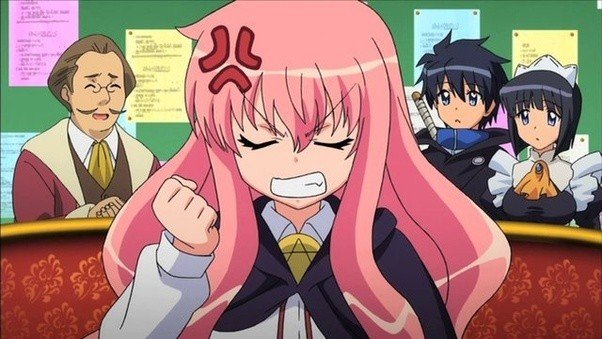 The main character’s transported to another world, with some pink-haired Tsundere who whips and abuses him.

Over and over again.

The way I think about it is: Imagine ending up in a country that speaks a different language.

And then some weird pink haired girl starts whipping and abusing you for her own pleasure. Because she’s jealous of other girls who “like” you.

And you, like a helpless child, “accept” this form of abuse and end up falling in love with this crazy girl. 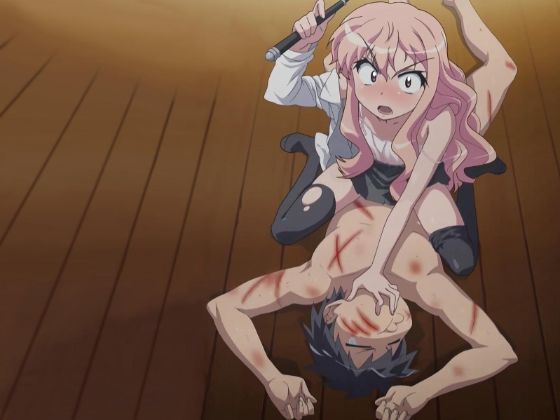 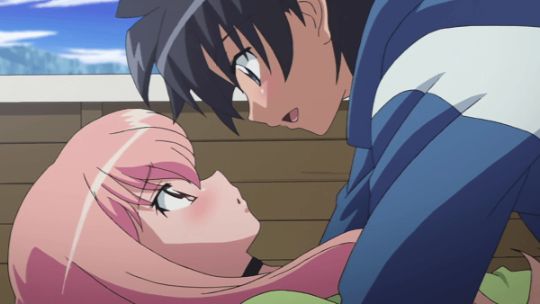 That’s what “The Familiar Of Zero” is in a nutshell.

Worst example of a “Tsundere” , ever. 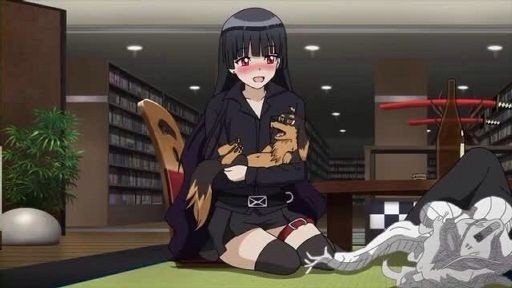 A disturbed girl who’s sexually attracted to a talking dog? I bet you’ve never heard of a plot like THAT before.

Until now… And it’s the truth.

The main character has a “thing” for the other protagonist who goes from a human to a “dog”. And she develops a fetish for it. 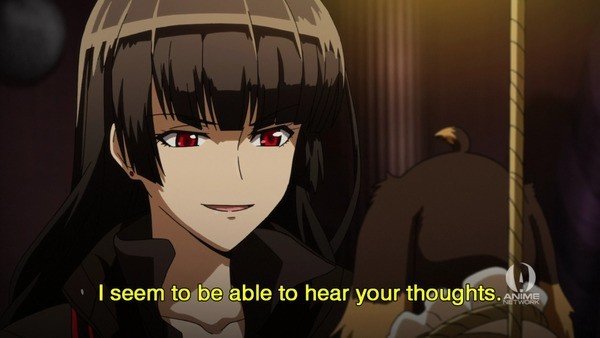 The comedy is centered around her weird, perverted and “strange” sexual desire for torturing dogs.

I don’t know who created this series, but it’s one of the worst I’ve ever seen that I had the pleasure of dropping like a hot cup of tea. 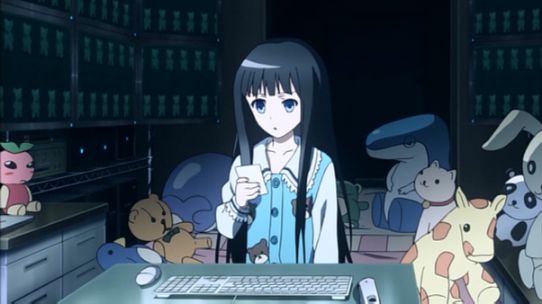 As curious as the is, the sheer boredom would have gave me a slow death.

It’s about an Otaku girl who does nothing but barricade herself in a room… Surfing the internet and solving mysteries (like murder cases). 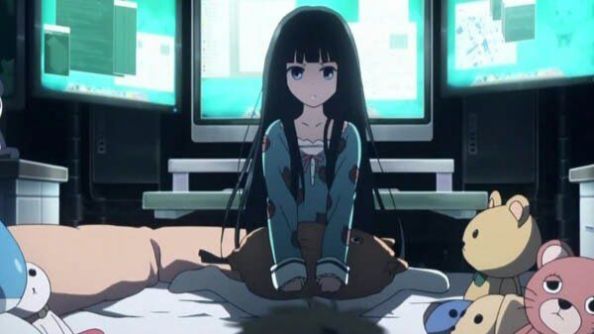 I usually love mystery series. I like the “atmosphere” in a lot of these types of . But Heavens Memopad, as interesting as it seems, is painfully slow and “lacks” something.

It’s like eating rice plain without curry, seasoning, or a special something that makes the meal “complete”.

Heavens Memopad is the rice without any curry. It has potential, but it fails to reach it because it’s not appealing enough to blow you away or make you curious to bear with it. 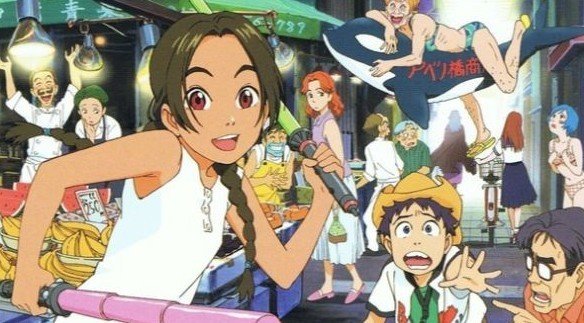 This looks like so much fun on the surface. And I’m sure it is.

In fact – I watched a lot of it and found that out for myself. I guess this is an of sorts. 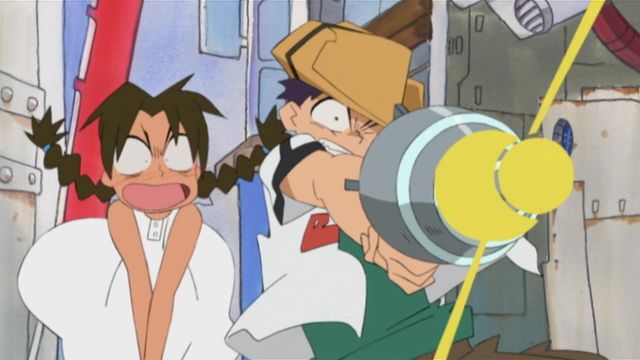 They end up in another wacky world. Far from their original surroundings. And even though the characters designs are different, and the backgrounds in general, it feels too bland.

I don’t know what the was trying to tell me, so I dropped it before it had the chance. 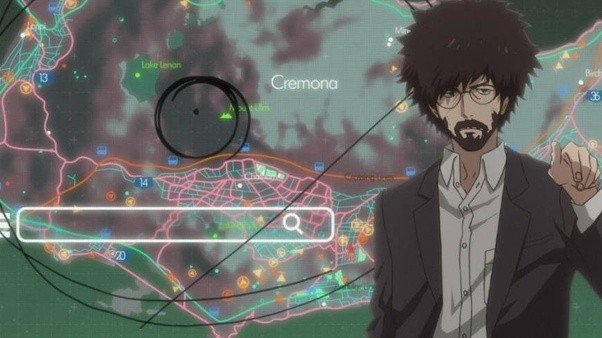 Except for the main characters cool hair style and “seemingly interesting” personality, I can’t say this was too spectacular.

I love the Afro and his distinctive style in general (protagonist), but what the F is style without purpose or a good story to tell? 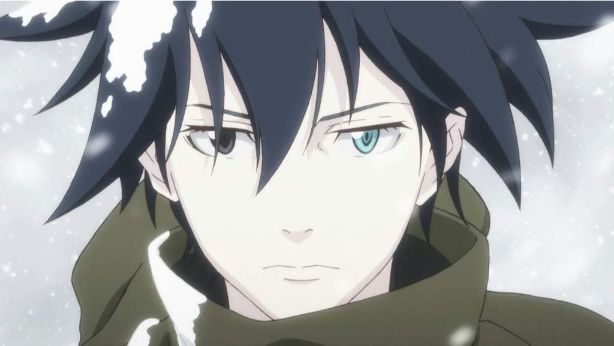 It’s a lot like Psycho Pass for its attempt at “depth”, action and overall atmosphere. But like many that take cues from OG’s in the game, it didn’t quite cut it for me.

A little too bland. It needed more seasoning for my tastes. 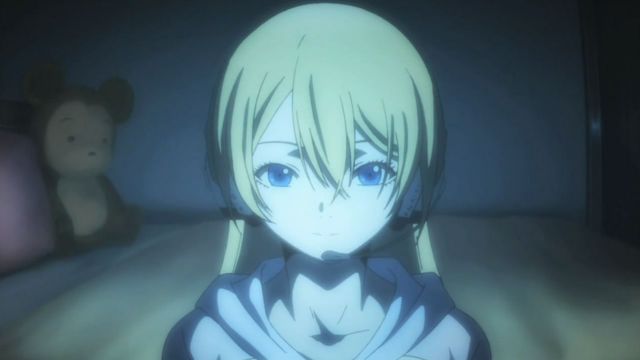 Btooom! has a lot of promise in the beginning. It’s like its own version of , without the obvious “gaming” atmosphere, characteristics and elements.

But the main downfall of this is the overuse of violence “just” to make a point.

The rape scene in the first few episodes, and the badly done action. Plus the bloody battles that follow is one of many examples. 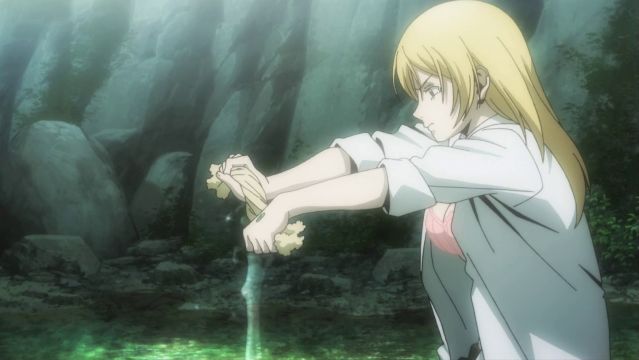 This is a jumbled mess thrown together, with nothing unique that makes it stand out.

Relevant: 20 Of The Most Dark Anime Series That Will Shock You 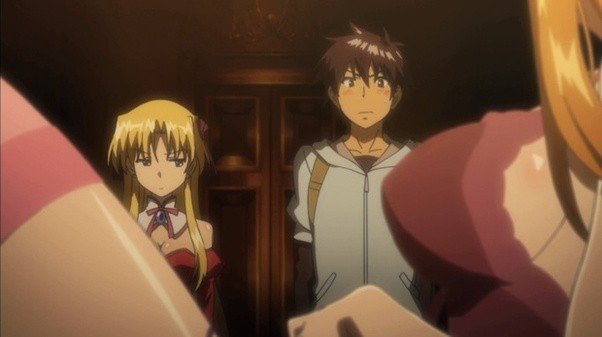 Even though this isn’t as bad as others on this list (or other I’ve watched), there’s still nothing great about it.

Campione starts out with the main protagonist “suddenly” getting supernatural powers… Equal to a king. Or a God.

Which is then followed by a “kiss” and all the other cliches you’d expect from this type of . 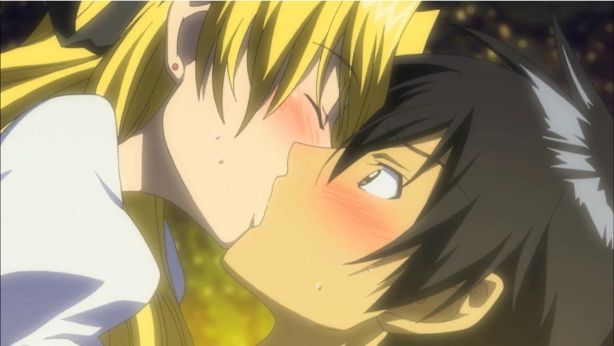 It feels like another “” that seems interesting, but doesn’t give you anything in return to keep you curious.

Just another bland “” to watch when you wanna kill some time, or watch for ‘s sake. 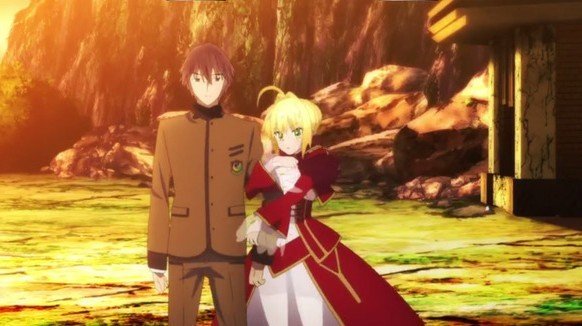 As someone who loves the Fate Series, I hope future shows don’t follow the pattern of Fate Extra.

I don’t know what I got into after I hit PLAY. All I know is I was hoping for more than the delivered to me.

If you’ve ever watched an where the plot, story, and characters don’t seem to “fit” or make any real sense, you’ll know how I felt watching Fate Extra. 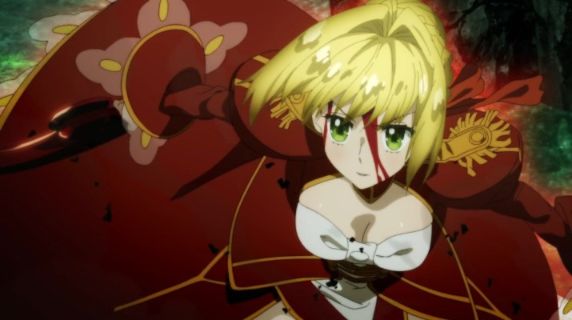 It’s a jigsaw with only half the pieces put together. Or even less. And even though it tried its best to “make something” of the missing jigsaw pieces, it was doomed to fail from the beginning.

This is the worst Fate Series I’ve ever seen. Let’s hope this trend doesn’t continue. 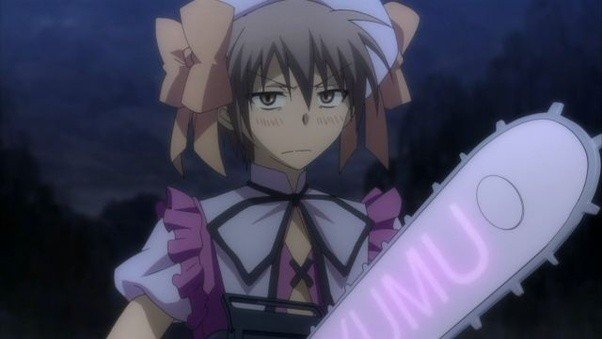 Think of this as “a zombie guy dressed as a magical girl with special powers”.

The main character is dressed up like  from … Except he’s a zombie and looks like an idiot. 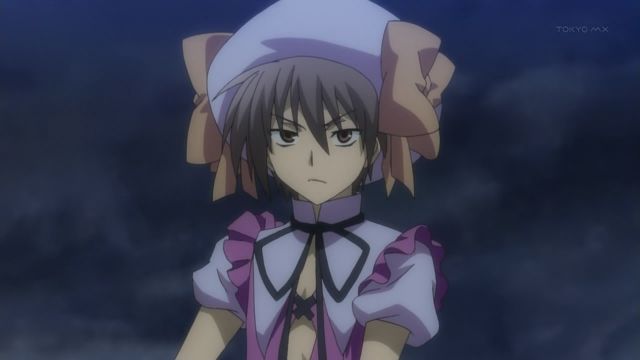 That’s a part of the ‘s selling point. It’s supposed to be stupid, dumb, daft and nonsensical.

Some fans love it for those reasons. But as for me – it’s the reason I dropped it.

I felt like it was trying too hard to stand out and do something crazy. And all I ended up with is a “crazy” disappointment.

Honorable Mentions (Other I Dropped):

The Most Horrible Anime Series In 2018 (According To Quora, Reddit And MAL)

Because you’re a shounen lover. Anime is made for different kinds of people. Some even hate Naruto or Dragon Ball for some reasons. But an anime or anything, being good, is subjected anyway. So, those shows in the list is not really as bad as you think. You just don’t like it, and it’s okay. Everyone has their own preference.

“Anime Motivation” is supposed to make all people in the world love anime, it ought not to used to broadcast anime hate.
Dropped anime present very subjective opinions and you will be surprised to know how many anime fans will feel offended/disheartened by your list. So care about your readers’ feelings and do not make your information harsh or extreme.
My comment is an expendable one, but please consider my humble advice in order to make this place safer for anime fans all over the world. Thanks.

I see where you’re coming from, and I can respect that. Especially since you went about it in a “logical” way, instead of bashing, hating, or trolling like most people do.

Thanks for sharing mate .