So, you like Romance, but you want your heart to race in more than one way?

Well, it sounds like it’s time to throw some high-octane action into the mix, so here are some Romance Action to scratch that itch. 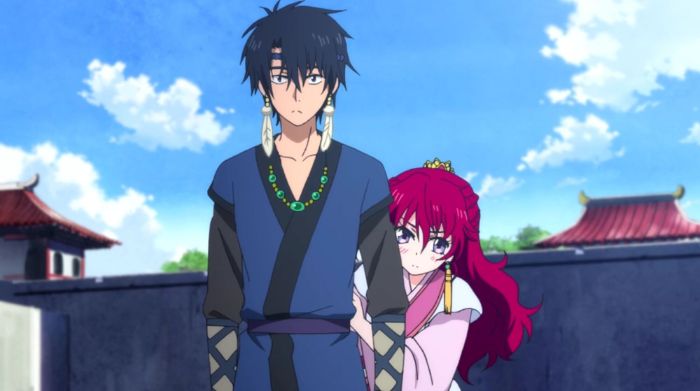 Yona is a royal, and she lives a prim and proper lifestyle in luxury and comfort, sheltered from her kingdom’s problems.

Soon the king is slaughtered and her cousin betrays the kingdom.

After Yona escapes alongside her bodyguard and childhood friend, she sees the true nature of the kingdom….

This makes it extremely problematic for her to reclaim the throne. 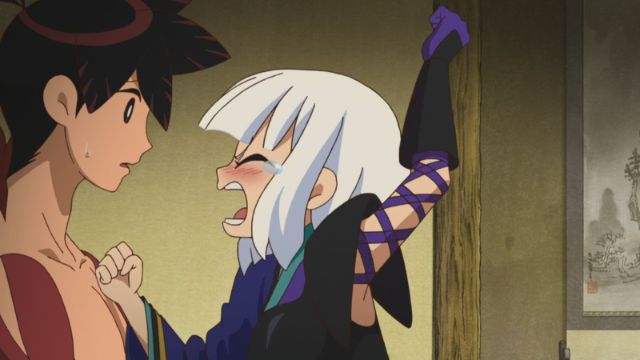 Set in Japan’s Edo period where swords are the premier weapon choice, we meet Shichika Yasuri who does things a little differently.

He uses a style called Kyotouryuu; where the combatant uses ones own body as a weapon.

After a strategist named Togome makes himself known, he asks for Shichika to help him search for the Deviant Blades, twelve unique swords of legend. 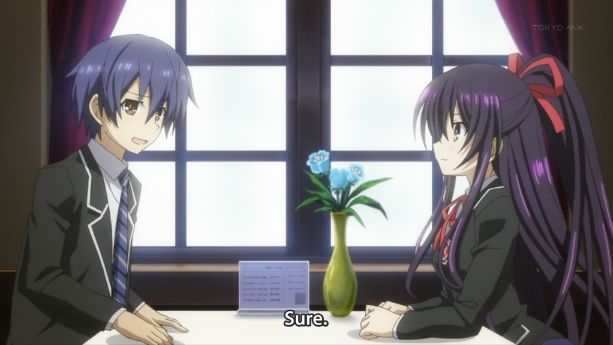 After a disaster from space strikes Eurasia, thirty years pass and the strange happenings continue on a lighter scale.

What most people don’t realize is that these quakes are caused by Spirits. One individual, Shidou, finds out the hard way after being tossed into the turmoil between spirits and the Anti-Spirit task force.

There’s also a third faction, surprisingly helmed by Shidou’s sister, who has a plan, to stop the spirits.

How? Have Shidou date them! 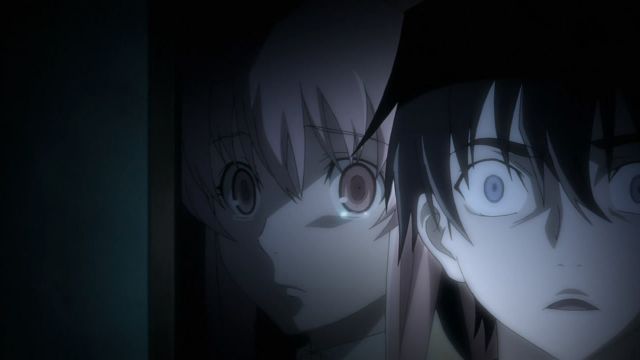 While it may not be my personal favorite, I still believe every fan should watch it and make their own opinions of the show.

What happens when love goes too far? This show’s narrative explores this as well as some other themes

Yuki and Yuno have a blossoming romance. Yuki depends on Yuno, since he’s a little shy and cowardly, and she’s more outspoken and maybe a little crazy.

Yuno is obsessed with Yuki, and will go to extreme lengths during this series to show it.

Set in a lush and colourful fantasy realm we follow two protagonists in this aesthetically pleasing tale.

Chise Hatori was sold to a tall masked man. Abandoned and unloved from a young age, as well as ignored by her peers she is soon led to a hidden study by a man in a cloak, who reveals himself to be Elias Ainsworth.

He’s a Magus, who takes her in as his apprentice and maybe more. 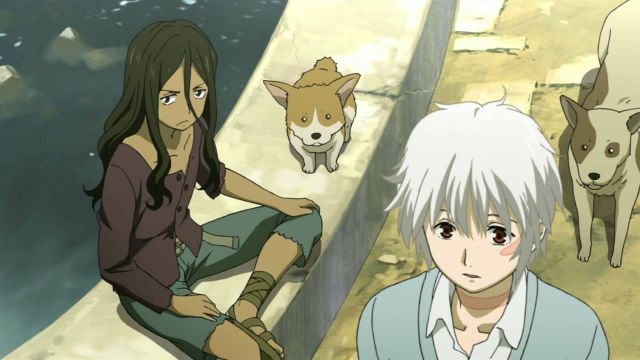 Yes, that’s the name, it seemed appropriate to put it at this spot on the list.

Shion is rich and well to do, and lives in the city of No. 6 where all seems well. That is until he meets Shezumi who shows him what exactly life is like outside his picturesque bubble, shattering his vision of the world to pieces.

Soon after he learns from Shezumi, Shion wants to do something about the state of the outside world, before it’s too late. 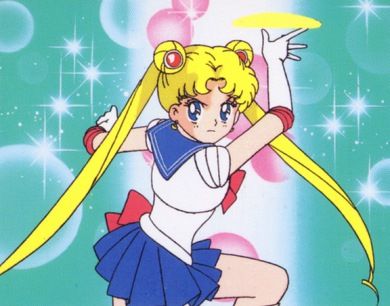 Another classic I think everyone should watch, this series broke ground when very few others would, featuring same sex couples during it’s run.

That piece of the canon was altered upon release of the English dub of the series though.

Even though I may not be the target demographic I will always go back and watch Sailor Moon, and if you haven’t seen it yet, please do. 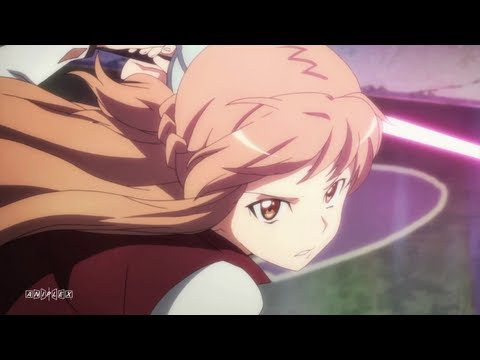 I know, how original; while it may get kind of dumped on online I still think is a solid gateway t was one of my personal gateway series.

It mixes romance and action until the cup nearly overflows. While the plot may repeat points sometimes I think it will still entertain and keep most viewers intrigued.

Post: Why Sword Art Online Alicization Is So Good (And Probably The Best SAO Season) 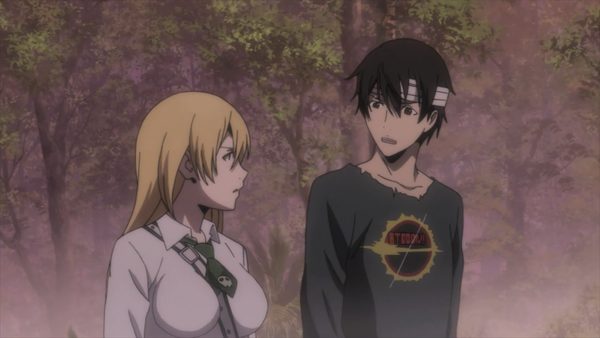 While the name may only inspire thoughts of explosions and action, there’s actually a nice romantic plot-line involved with this semi-popular series as well.

The plot unfolds around Ryouta and Himiko, the main characters.

This show is gritty and oriented; but the romantic side can soften the experience every so slightly and tie the show together. 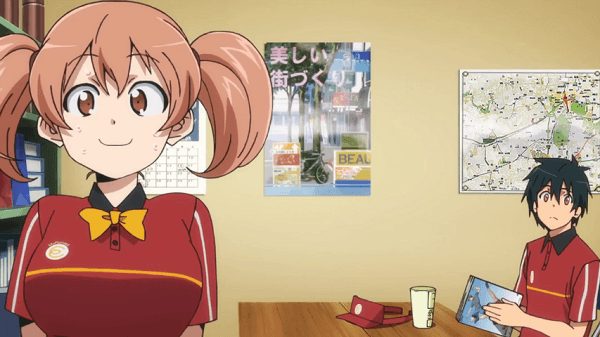 Yet another series I have a very high opinion and fond memories of.

The demon lord himself Satan finds himself defeated and forced to flee. He then stumbles into modern day Tokyo and ends up finding a job doing of all things, flipping burgers.

Follow through this hilarious series as a demon king experiences the corporate world, climbing the ladder, cracking jokes, and maybe finding a little love along the way. 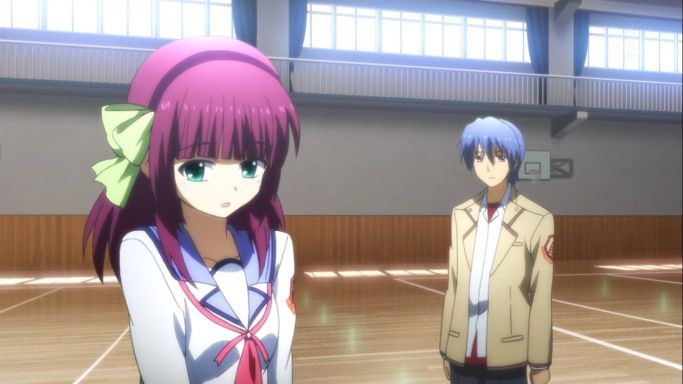 Set in a high school, in the afterlife we follow a colorful and fun cast through the tale of the Afterlife Battlefront.

Group members rebel against their unseen god who has forced them to face trauma’s before they can fully reincarnate and pass on.

This series is iconic and loved by much of the community. If you haven’t sat down with it yet you should! 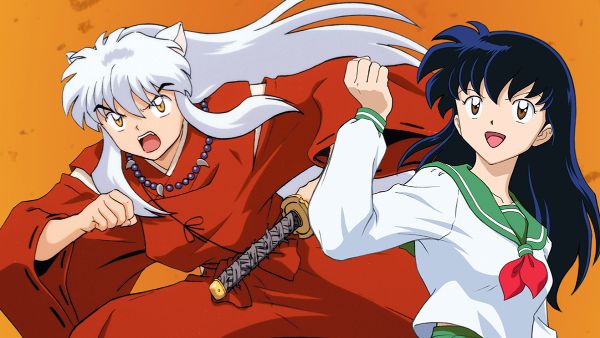 Yet another well-loved classic.

We follow Kagome after she is dragged back in time and into a whole new world where she faces new threats the likes of which she could never have expected.

With some help of a half-demon half-human hybrid name , Kagome sets off to save the world from destruction. 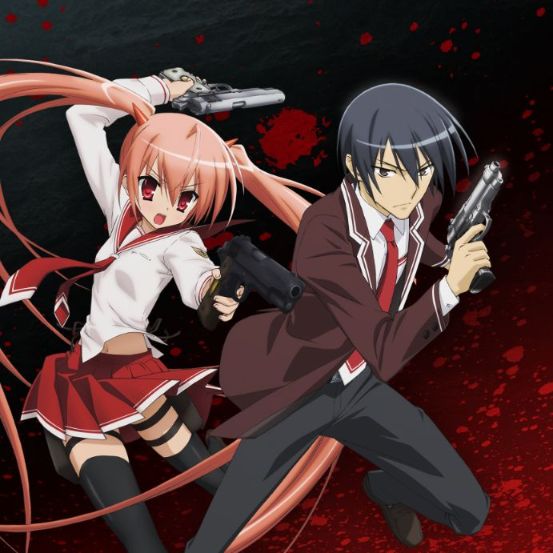 Want some intense gun battles thrown in with the mushy lovey dovey stuff? This show has those bases covered in spades.

The show starts slow with a typical tsundere character as the romantic focus, but like any good tsundere there’s always a secret affection that is held for our main character Kinji.

Give this show a watch, I highly recommend it.

Similar: 23+ Recommended Anime With More Than One Main Character 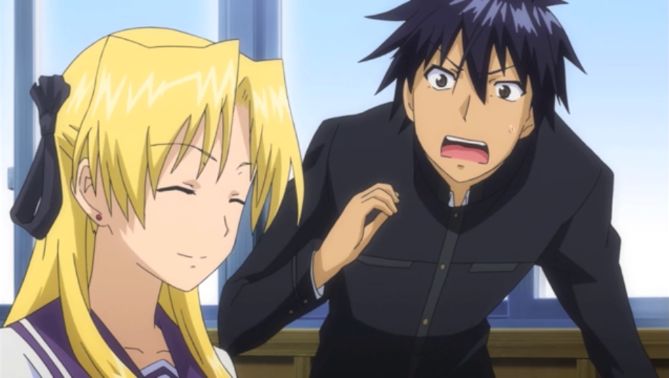 After defeating the god of war, 16-Year-Old Kusanagi, becomes a Campione a member of a religion whose job it is to protect regions from overzealous heretic gods who step onto the wrong turf.

Not only does this make it very likely he’ll be slaughtered but it also brings along a group of admirers who want to worship him at his every move. 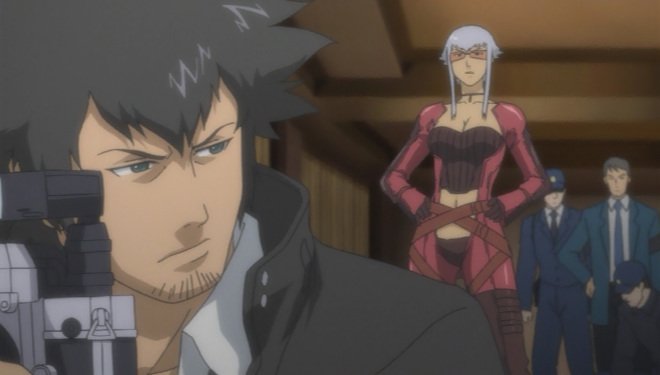 After a cataclysmic battle known as the Bubble War, the gap between the world’s rich and poor has become more splintered and segmented.

Of course Japan is no exception to this.

We follow Saiga, a former war photographer who after attempting to infiltrate the Roppongi Club finds out that he has the ability to make things explode by taking a picture of them. 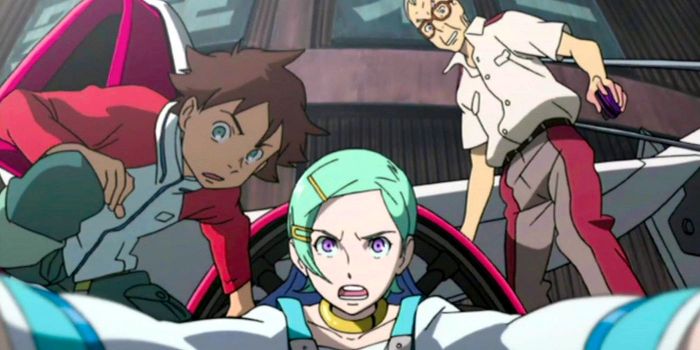 Renton Thurston, is 14 and lives in the backwater town of Bellforest, but he wants to leave it behind and become a mercenary.

His goal is to join a group known as Gekkostate, in search of adventure and action to brighten his boring life a few shades.

However, he is being pressured by his family to become a mechanic like his deceased father, where his only real break from it all is riding Trapar wave particles in the air, an activity like surfing.

After a massive robot crashes through his garage, and Renton discovers it can ride Trapar waves, his boring life gets a lot more action packed.

Romance also comes into the picture. 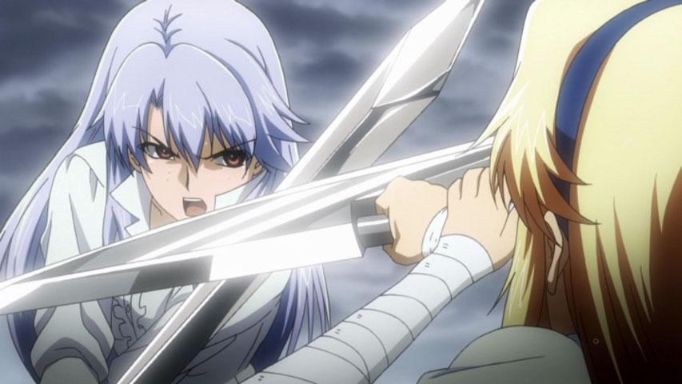 In the future humanity is under siege by a race known as the Novas, a destructive group of aliens who leave chaos whenever they appear. The conflicts with them soon becoming Nova Clashes.

Young women known as Pandoras and Young Men known as Limiters, who are implanted with stigmata that give them superhuman powers, study and learn to hone in military academies.

They are humanities last hope for survival.