According to MyAnimeList, there are over 400+ military shows in existence.

Compare that to Romance or slice of life which has 1000+, and it’s not that surprising.

Military’s not a genre most people think of, or recommend when it comes to .

Why is that? I don’t know. But I’ve watched some pretty damn good Military shows.

And here are 9 of the absolute best Military ‘s I’ve watched so far. 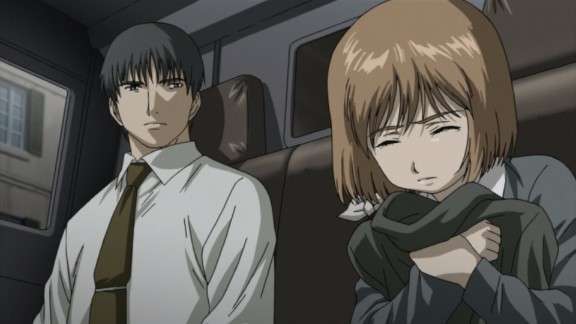 What would you do to stay alive, if an accident threatened to take your life away from you?

In Gunslinger Girl, the female characters (kids) are given another shot at life.

But in exchange they’re brainwashed and conditioned to do the governments dirty work… As child assassins and military dogs.

This was one of the first 15 shows I ever watched. And it’s sad, dark, and immoral.

And the background blends so well with the shows message and emotions. 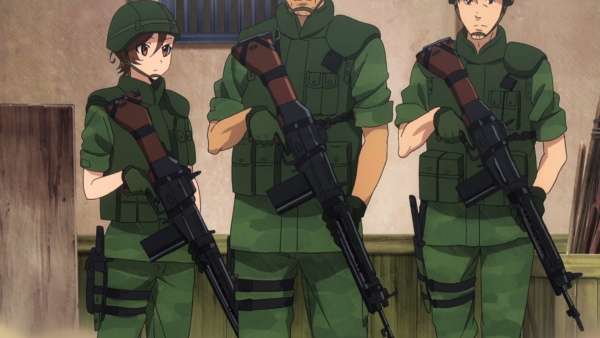 What If a GATE opened up in your country, filled with bandits, monsters and killers from another dimension?

That’s how this starts off, set in Japan.

And an Otaku named: Youji Itami manages to reduce the causalities caused.

What follows is a sort of “mediation” between Japan and the strange world behind the GATE.

And it’s Japan’s mission to join forces and form a peace treaty instead of spill more unnecessary blood. 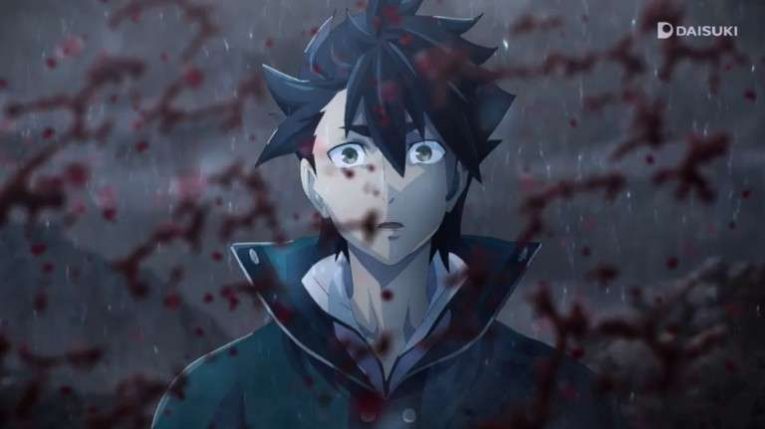 Though the beginning of the is cliche (main character wants revenge against monsters), what follows is a great story with interesting enough characters.

And the graphics are something else. Nothing like your “average” at all. To save their high school from being shut down, 5 characters join up to prevent it from happening.

Girls Und Panzer is a school/slice of life with strong military elements.

Including military-friendly battles, competitions, strategy, tactics and lots of action.

You’ll also learn a lot about history related to Tanks, weaponry and other things.

It’s also one of the first and most impressive Military shows I’ve watched and love. 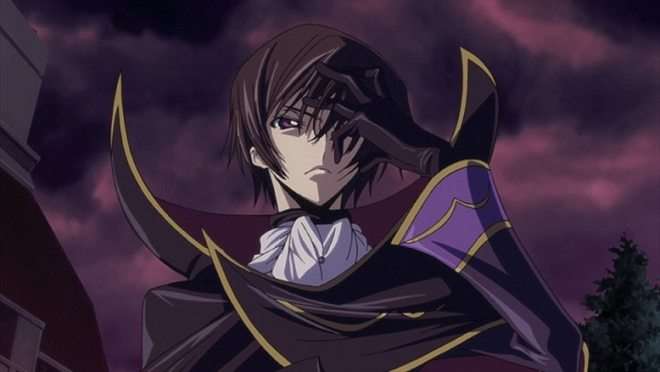 Lelouch Lamperouge is the main character from: Code Geass. A mecha/military series.

After a chance encounter, he’s given the power of Geass,which lets you control anyone through eye contact.

Lelouch uses it to get revenge against Britannia. An army who’s enslaved Japan and made life a living hell.

Code Geass will have you questioning morality, deep topics, right and wrong, and war itself.

And the characters will drive you into a love-hate relationship with them. 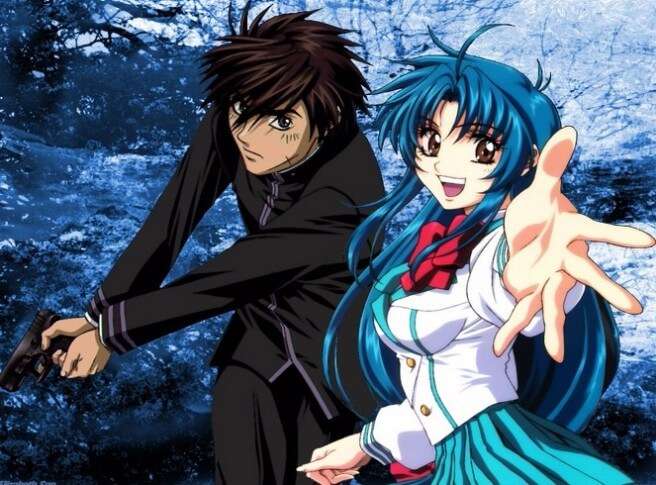 Sousuke Sagara and Kaname Chidori are the main characters in: Full Metal Panic.

Sousuke’s a young soldier who works for an independent group: Mythril.

Their main mission is to prevent terrorism across the globe.

This starts off slow, but if you hang in there, you’ll be blown away by the eventual quality.

One of my all time favorites. 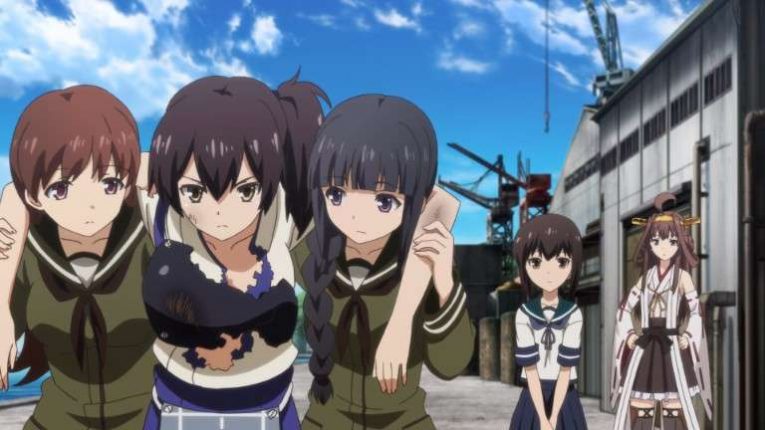 Kantai Collection is a slice of life anime series, with strong military themes.

The main character: Fubuki is a new recruit in training, and works to become an accomplished fleet girl.

You’ll notice this is based on real life events and experiences.

Example: Some characters and their weapons were used in the real life World War 1 and WW 2.

If you want a “lightweight” military show, watch this one first.

8. The Ambition Of Oda Nobuna 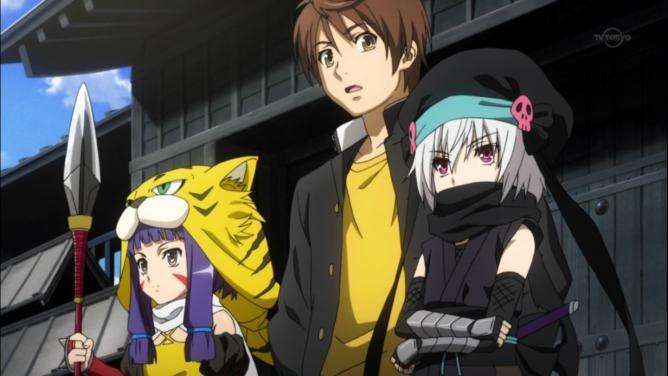 The Ambition Of Oda Nobuna is based on real life events throughout Japanese history.

Yoshiharu ends up in a parody version of the Sengoku period of Japan. Where the “real” versions of Oda Nobuna’s army are females instead of males.

But as the catches stride, you’ll notice how well the story is told. And how everything starts to make sense.

There’s no military/fantasy that’s comparable in the slightest.

And best of all: You get to learn about history with enough action and comedy to keep you interested. 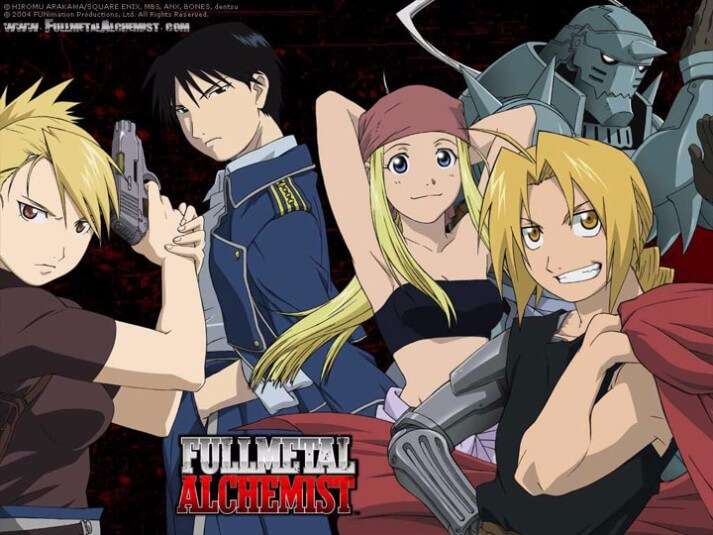 Full Metal Alchemist, one of the most known ‘s around the globe.

And it deserves the credit.

Full Metal Alchemist has memorable military elements. Mixed in with Fantasy and supernatural.

The story focuses on Edward Elric and Alphonse Elric. Two brothers who attempt to bring their mother back to life through Alchemy. And are severely punished for it.

Which Military show would you add to this list?