It’s no secret: men like , and we like it a LOT. In fact we love it without sounding too dramatic.

This is no surprise to anyone in 2021, especially Feminists and the loud minority who can’t stand it (that being , or men liking ).

That said, few people have answered the question: WHY do men like in particular?

What is it about:

And everything else that seems to draw MEN into , being the dominant demographic?

This will piss some people off, but that’s the nature of the truth at the end of the day.

The pictures above are:

They’re all from Konosuba, which even though is a parody series, is full of women of this style and attractiveness.

And in THIS picture we have:

They’re just 2 of the hotties you’ll find in the series.

Ignoring the obvious unrealistic elements you “sometimes” see with female characters, in general they’re always physically fit and physically attractive to MOST men across the board.

This isn’t about promoting certain ideals or standards, or being insensitive, but more about being a reflection of Japanese culture.

What does that even mean? 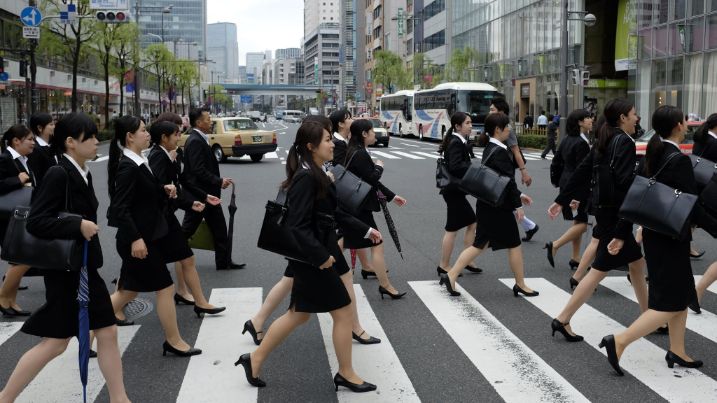 Japanese women (and men) are generally of a certain weight. A healthy weight.

Seeing an overweight Japanese woman is like seeing a unicorn. As we say in the UK, “fat chance”.

No pun intended by the way.

The girls and women you see are just a reflection of Japanese culture, so it shouldn’t be surprising.

But with that said….

Men in general prefer physically fit women, and fulfills that 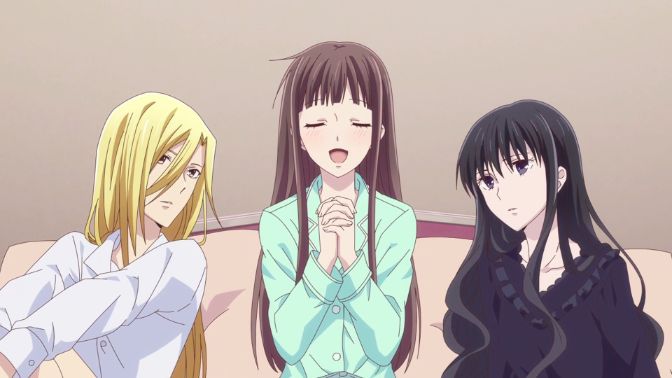 Even here in the UK, or the USA and Australia, men absolutely love the designs of female characters. Whether realistic or otherwise.

I say “even in the UK”, etc, meaning being overweight is statistically more common in the west than in Asia or Africa.

Despite that fact, Men from all countries have responded with their wallets and attention. 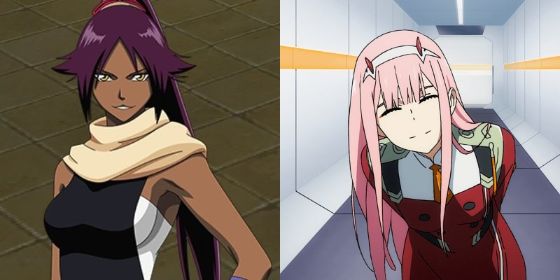 It’s easy to see why there’s so many waifu’s, and how ONE of their many qualities is their physique.

That’s controversial and politically incorrect to say these days, but it’s the truth. Especially with regards to why MEN like .

It’s one of many reasons, yes, but it’s still a valid one from a visual point of view. And visuals matter (for both genders) but for Men we’re wired a certain way.

I wonder If any of this is taken into account when designing characters. 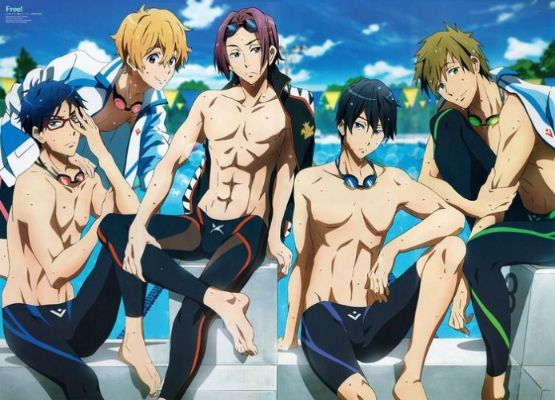 And let’s not pretend THIS isn’t true the other way around.

Men are also designed a certain way on purpose. You don’t see female fans claiming big guys as “Husbando’s” now do you?

You see, it works on both ends of the stick. Let’s not act like it’s not normal to be attracted to fitness.

Let’s not be hypocrites and play the game of double standards. Or jump to shaming and insults. 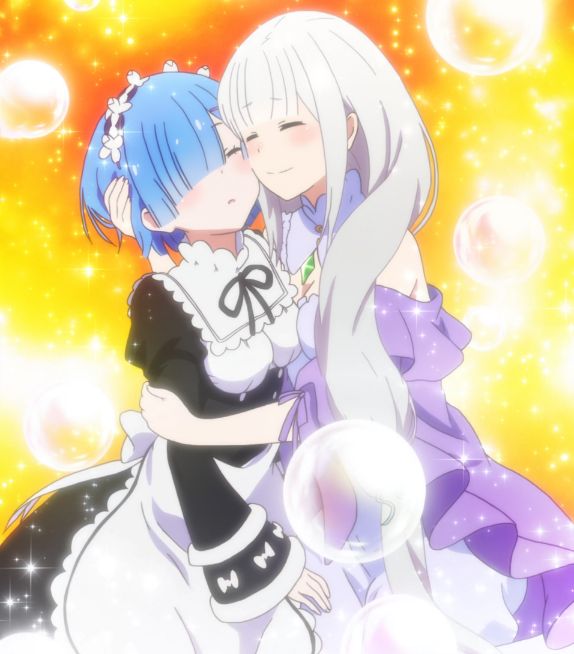 It’s no mistake that REM and EMILIA are so attractive in like Re:Zero.

More importantly, it’s no mistake that Rem is one of the most popular female characters (ranked).

Rem (blue hair) is a maid, and a feminine character. It’s part of her charm as a “Waifu”.

Emilia is the same. A very feminine female character, wholesome, beautiful, and gentle. The kind of femininity that draws your masculinity towards it.

That’s the whole point of femininity and masculinity. Both have the power to attract the opposite.

Men LIKE this in girls. It’s the way nature intended it.

The opposite is true for Disney and the SJW types of female characters in western movies or shows.

They’re so busy trying to make women like Men, that the male audience just doesn’t give a sh*t. 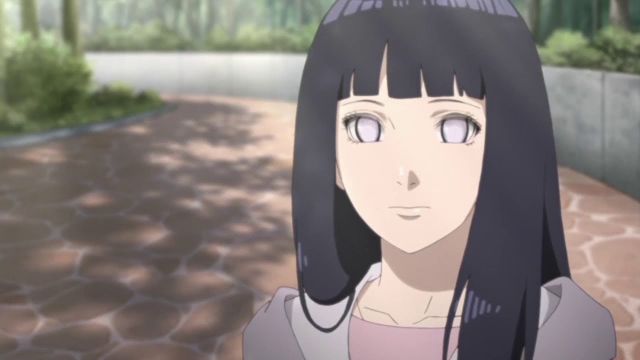 There’s a reason why Hinata is more preferred than SAKURA in the series. Men are naturally attracted to feminine women.

It’s no surprise that also translates to feminine female characters.

Characters like Temari are an exception to this rule, because she still has attractive feminine traits. There’s more to it than that though.

Men (as a general rule) are attracted to feminine energy from women. This is why is doing so well, kinda, and why men and boys are drawn to the female characters each season.

Not to say that it’s the ONLY reason, but it’s one of many and it’s valid. 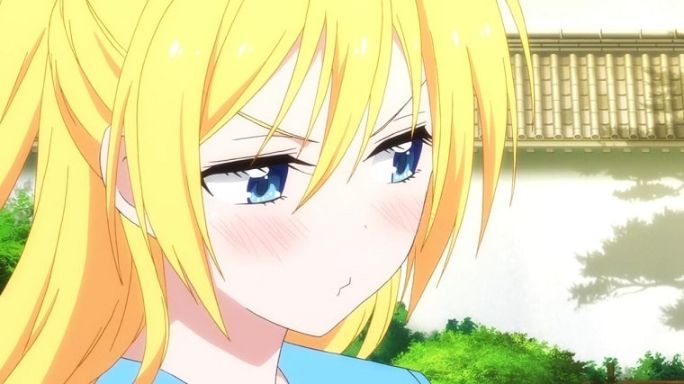 While it’s true that you have:

And other tropes of female characters, some of which aren’t “feminine” outright, it doesn’t change the facts.

The reason why Tsundere’s are liked is because it’s a cliche, a funny trope.

Even for some of the more masculine Tsundere’s (or girls), they’re still physically fit. Going back to point #1.

Yandere’s are the same. They’re nut jobs, and for what its worth some will fetishize that.

In the end though, they’re STILL physically attractive and even feminine. It’s just they’re “crazy” but that’s a story for another day.

Tsundere’s in particular are as well. So there’s that.

3. stories from a male perspective 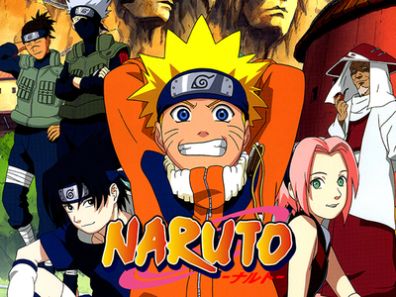 It’s no wonder like have become so famous and popular. One of those reasons, just like SHONEN in general, is the male perspective.

Young boys like seeing we’ll say, stories written from perspectives they can relate to, understand, and contextualize as Men.

They can put themselves in the shoes of the male protagonists, and like that are usually winners.

is about a kid who’s isolated, shunned, and most of all: lonely. While the series is supernatural, many people can relate to that… But guys relate to it specifically from a different perspective.

Seeing grow up, prosper, make something of himself, and inspire others along the way, is inspirational. 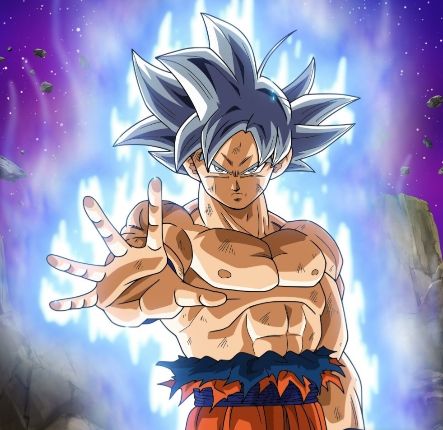 Goku is another one. In fact, he’s the MAIN reason we can even have this conversation.

In the series we see Goku start out as a kid in Dragon Ball.

For him the inspiration we take from his character and journey isn’t about PAIN like other shows. It’s more about Goku’s relentless work ethic and hard work.

Men are expected to work hard. It’s what we do regardless of expectations anyway. We like working towards things, building, and achieving goals.

The world is the way it is because of this fact.

Goku takes this to a new level not seen before in media, especially as a male character.

It’s the reason why people worldwide have started their own gyms, workouts, businesses, and more because of Goku.

Even in Japan there’s a “Goku Day” dedicated to him, which says it all. 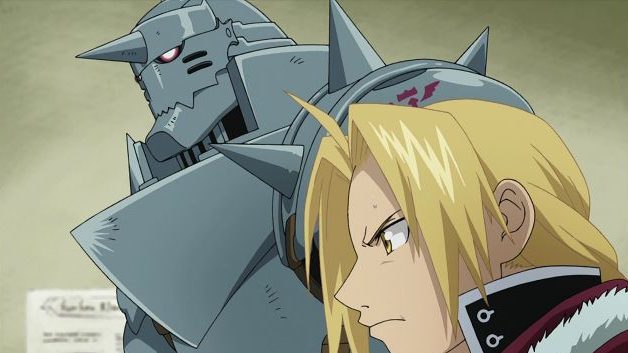 The two brothers Edward And Alphonse set out on a journey to restore their lost limbs.

The reason? They tried bringing their dead mother back to life, and there were consequences for trying it.

The concepts of “Equivalent exchange”, and how both characters navigate in the world around them is inspiring and it has depth.

It’s no accident this is so successful (male characters, male perspective). It’s what guys want, and the results speak for itself. 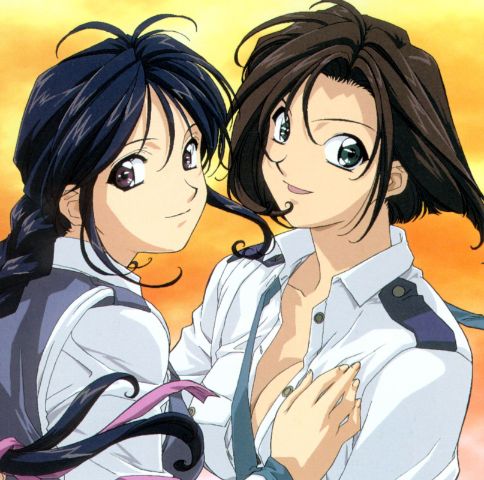 Even with this image from the 1980’s : You’re Under Arrest, the art style is aesthetically pleasing.

Natsumi Tsujimoto (to the right) is the more masculine of the 2, but she’s STILL feminine and gorgeous.

I’m a man so obviously I’ll show the art style of female characters, but it goes both ways.

The first rule of art is beauty.

How that’s expressed comes down to what’s trying to be portrayed, but it has to look good or attractive enough for you to care.

Japan seems to know this on a fundamental level. You can see it in their various designs (unless they have a reason to not do it).

If we go to NEW in 2021, Jahy Sama (airing right now) shows the art style continues to be stunning, 40+ years later.

That almost chocolate brown skin, golden eyes, and physique is alluring and captivating.

This goes for both genders watching as far as aesthetics, but it’s especially true for Men and why Men like .

More so in the context of this article and where I’m going with it.

5. Strong female characters…. without the politics 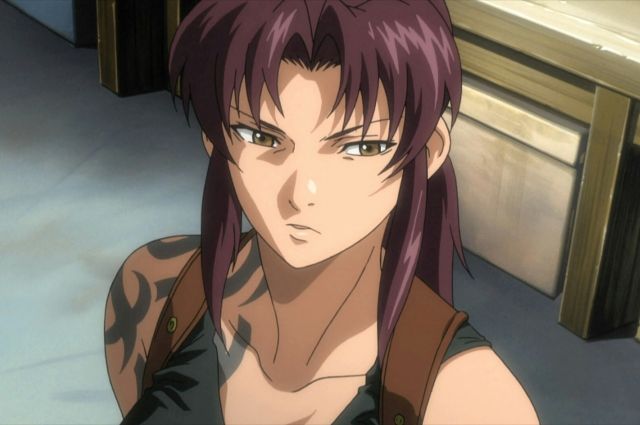 It obviously goes beyond JUST feminine characters and whatever else. There’s also the appeal of strong female characters.

Revy Rebecca is a solid example. Strong, but still sexy. And one of the most memorable girls in the industry.

Seeing an partly from a woman’s perspective in this way (without the politics) is appreciated. Especially given the realism. 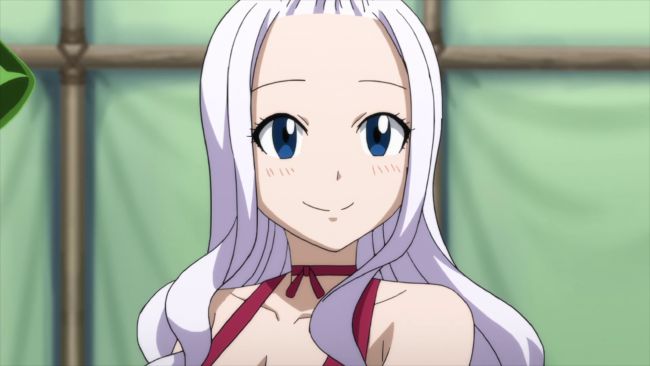 There’s also the group of strong female characters… who are STILL feminine, as opposed to other traits (like Revy Rebecca).

Mirajane Strauss from is the perfect example of a strong, but feminine female character.

She doesn’t take sh*t from anybody, similar to Revy in this way, but at the same time she’s endearing, alluring, and has an attractive personality. 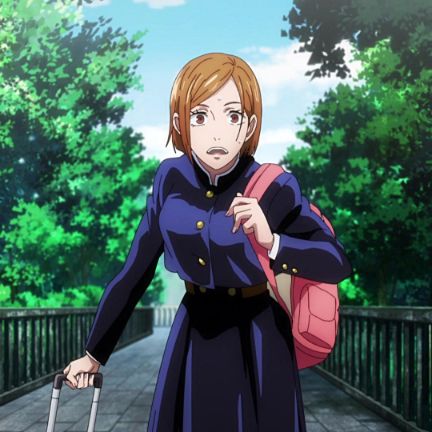 And then you have strong female characters who are also protagonists. Nobara Kugisaki from Jujutsu Kaisen is a stellar example of this.

Not only is she stunning, and feminine, but she’s also strong, capable, and has a confidence to her that makes her more appealing.

She’s one of the best examples of female lead’s (more so in Shonen) in recent years.

Her character dynamics and chemistry with others is a sight to see. On top of the fact she’s:

That’s what I mean when I say “strong female characters” WITHOUT the politics. 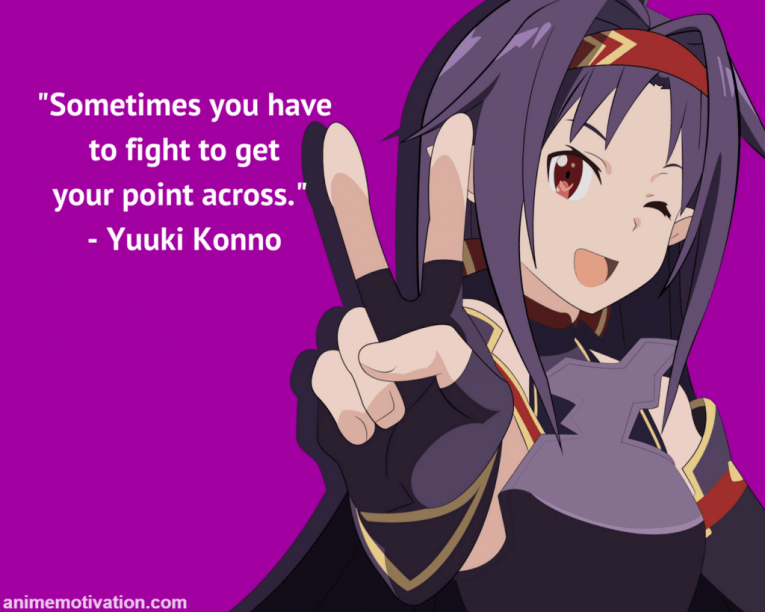 is MORE than just entertainment. You can also learn things from it. Men seek out life lessons from , and it’s a strong reason for watching it.

I’d know because I started Motivation, the biggest site on the internet for life lessons and quotes.

Remember when the author of BERSERK died in 2021? fans came RUSHING to this site in search of the quotes from Berserk.

There was a flood of traffic for that particular post. And it was consistent for well over a month. 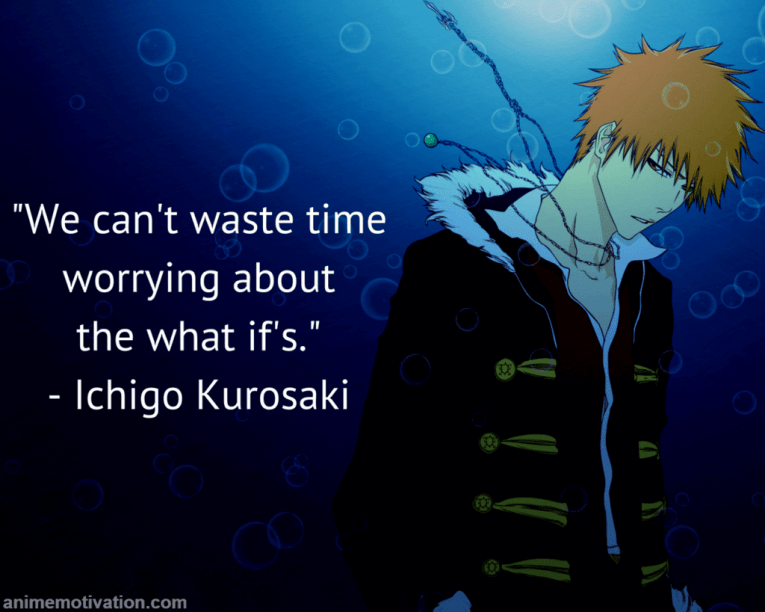 like BLEACH, one of the most famous Shonen series, is one of many filled with life lessons.

Each lesson can be applied directly to a person’s life and can used in a way that’s practical.

The quote above is an example of this, even if only a small window into the things anime can teach you.

The potential is endless. 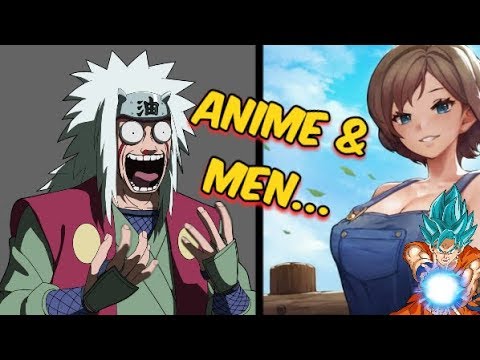 This one goes without saying, but it has to be said anyway. Let’s talk about the escapism aspect.

Sometimes the term is viewed in a negative way, but escapism is healthy when used in the right way.

Music, video games, or even meditation is a form of escapism really.

fulfills that for many people from all sorts of backgrounds, cultures, and so much more.

I’ve talked to fans who are:

And so on who are into and enjoy it for the healthy escapism it gives them.

is of course educational, not just entertainment, but when all is said and done, escapism is the one thing it brings universally. 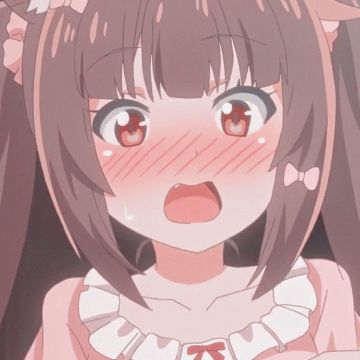 Obviously there’s more to it than these 7 points, more so from a depth point of view, but this covers it mostly.

female characters also play a part in ‘s attraction. As do cool characters, male and female, and so much more.

On some level, fanservice plays a role as well.

isn’t going anywhere, and neither are male fans. No amount of outrage or shaming will change that.

This Is Why Anime Characters Are So SKINNY With Perfect Bodies