Either way, they have always been a major part of the anime culture.

And since a huge portion of action anime is either inspired by or contains the usage of martial arts, there are a large number of characters that use this art.

In this list, we are going to look at some of the best, most badass anime martial artists.

One-Punch Man is a superhero show filled with people who can use powers, robots, and other bizarre things. Somehow one of the main antagonists of the story uses the good-old martial arts (well superpower martial arts to be precise).

Garou is a highly-skilled fighter who uses his brain & instincts to take advantage of weaknesses in his opponent. He then evolves to become stronger & stronger.

Garou’s goal is to become a monster despite being a normal human, but through his martial arts & extreme willpower, he is slowly but surely reaching his goal. 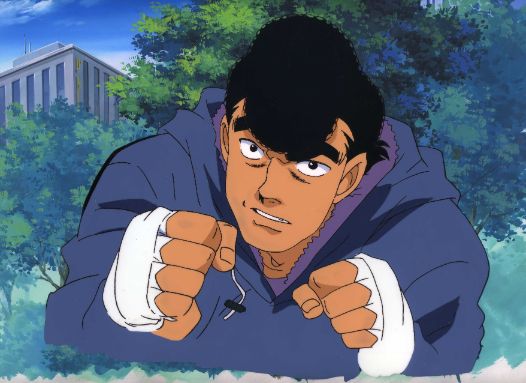 When a character from a boxing anime is able to knock out a bear, you know he is special.

Takamura is the deuteragonist of Hajime no Ippo & the one who influenced the protagonist to start boxing.

Takamura is the badass overpowered guy of the show. Eery time he boxes, it feels he’s going to kill his opponent with his powerful lethal punches.

Sometimes you even feel bad for his opponents. 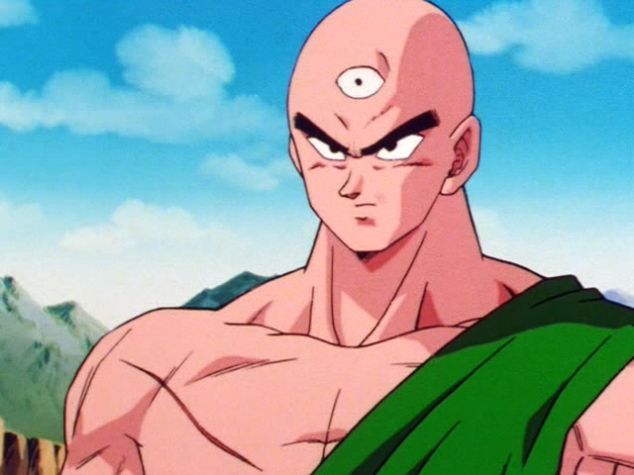 Tien is nowhere near the top 10 strongest characters in the Dragon Ball verse. Even still, when it comes to pure skills, he’s one of the best.

Even when he’s not fighting monsters or saving earth he still keeps training because of his love for the art form. 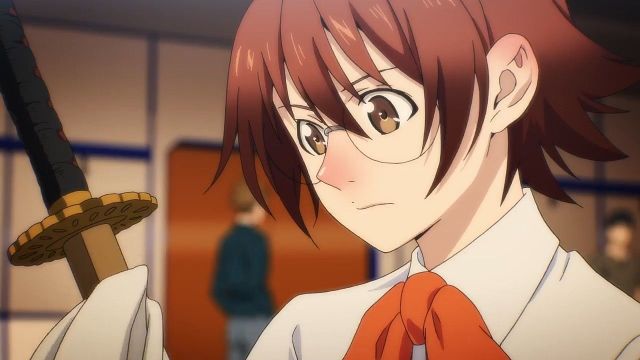 At the beginning of the story, she relies mostly on brute force but she slowly starts improving her techniques & skill.

Basically she gets better in the way of the sword & of course gets power upgrades too. 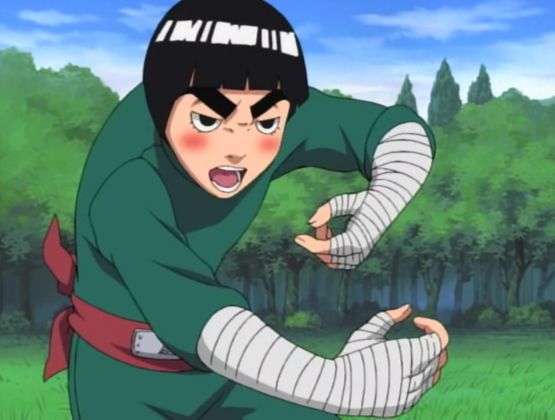 Rock Lee lacked the skills to use ninjutsu & genjutsu, which were the main power source for most of the ninjas in Naruto.

Rock Lee makes up for it by increasing his taijutsu stats to the max.

Taijutsu is a skill where a ninja uses their body to fight. The more effort you put the stronger this skill will be, so much so that you can manage to defeat ninjas who basically use magic with just some punches & kicks. 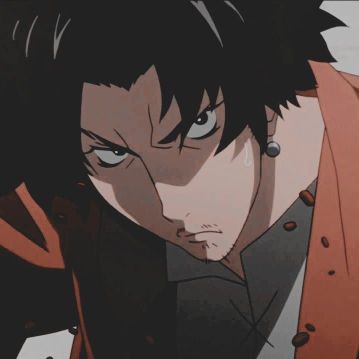 Mugen might be one of the most unorthodox samurais you’ll find in fiction.

He fights using his instincts & adapts to his opponent’s fighting styles, which allows him to fight evenly with even the most skillful samurais in the story. 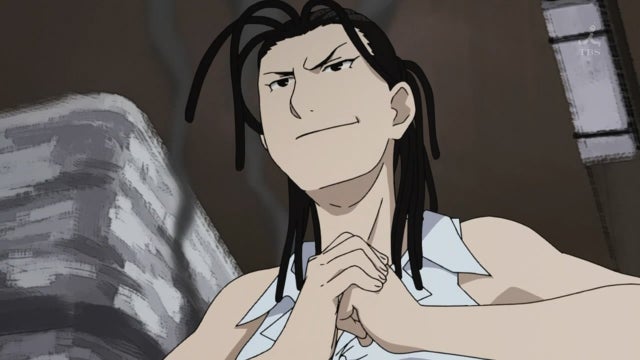 The master of our main characters Edward & Alphonse, Izumi is extremely skilled in hand-to-hand combat.

Along with her skill, she’s also physically strong, which helps Izumi to take out strong opponents.

Izumi was able to defeat bears, knockback Sloth & even scare away Greed, one of the Homunculus.

While many characters in have powers based on martial arts, Netero is the best martial artist of them all.

Netero founded the Shingen-Ryu style of Kung-fu and he easily defeated most of the opponents he fought against.

Meruem was able to finally make Netero go all out and in this fight, Netero used his skills to show why he’s the chairman of the Hunter Association. 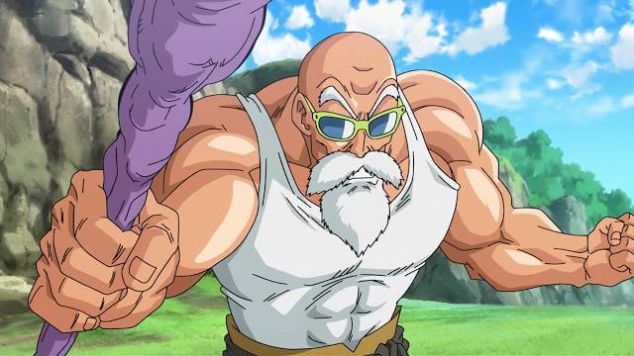 Roshi is the master of Goku & Krillin, he’s the one who taught them basic martial arts.

While both of them have surpassed their master, we can’t underestimate the experience Roshi has in martial arts.

In the universal survival saga of , Roshi was recruited in team universe 7 & he was able to hold his own, giving monsters like Frost a lot of trouble & proving he still got it in him.

Similar: If You Love Dragon Ball Super, You Might Fall In Love With These 7 Anime Shows 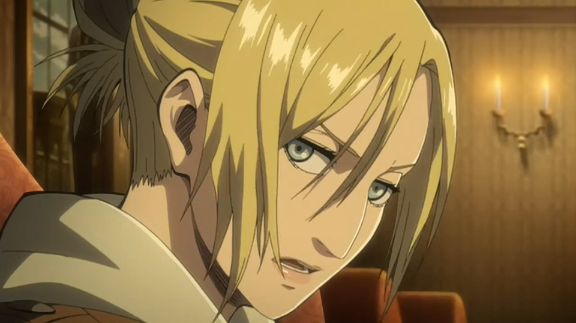 Annie brought a lot of dynamic to the previously meat head titan fights when she started using martial arts in her titan form.

Because of her, Eren was forced to start using some brain in titan fights too.

While as a soldier she might’ve not matched up to the Ackermans, she was leagues above other ordinary soldiers when it came to hand-to-hand combat. 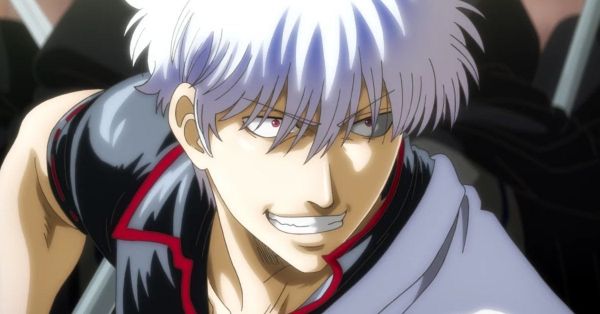 Gintoki is a retired samurai war veteran who takes down supernatural creatures, aliens & other samurais with his trademark wooden sword.

Most of the main characters in are human samurai & have to fight against super-powerful creatures using their sword skills. 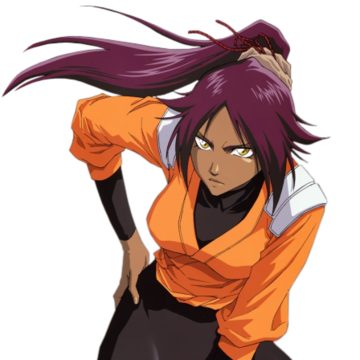 The Flash Goddess of , Yoruichi mastered ‘Hoho’ combat skill to the point where she could appear in several places at once.

She was easily one of the fastest characters in .

While her attack power wasn’t top tier, she was able to be extremely useful because of her speed.

Relevant: 16+ Of The BEST Black Female Anime Characters You Should Know 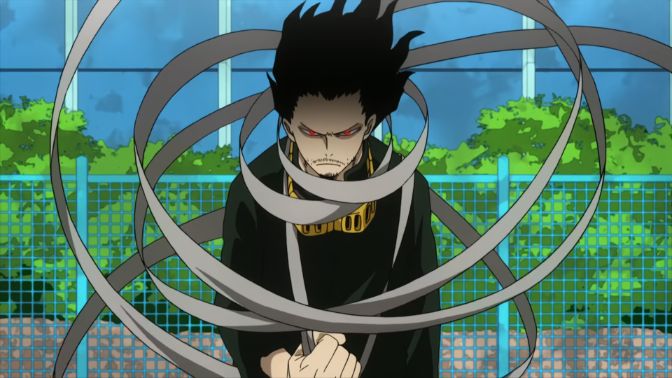 Shoto Aizawa aka Eraserhead has one of the most broken quirks in the entire story, the quirk that allows him to erase other people’s quirk.

But after erasing his opponent’s quirk, his combat skills is what makes him even more dangerous.

He’s able to hold his own against some super villains without even using his quirk. 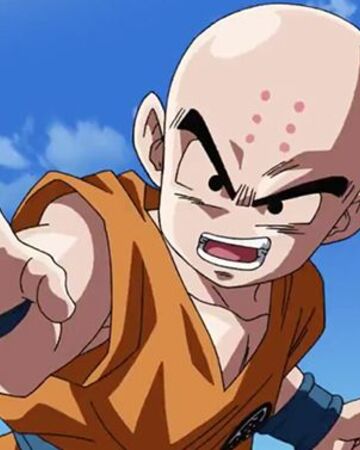 Krillin is arguably the strongest human in the Dragon Ball franchise but when it comes to raw strength he couldn’t hold a candle to most opponents.

He still manages to give them a lot of trouble & sometimes even defeat them because he’s highly skilled in martial arts.

He can strategize to dodge/block his opponent’s lethal attacks and manage to land some blows of his own.

This is the reason even Goku took him seriously in by transforming into Super Saiyan Blue. 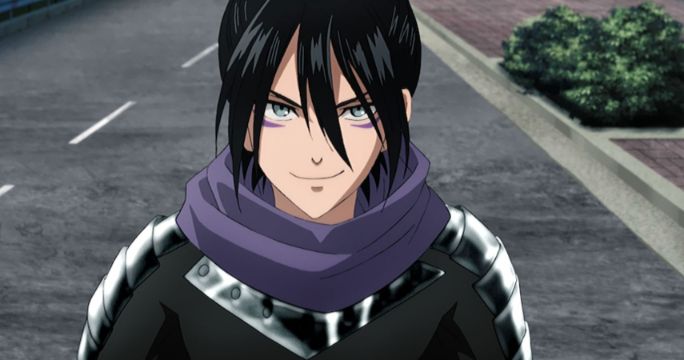 Speed o’ Sound Sonic has turned into a joke character because he tries to challenge the protagonist again & again (& of course gets easily defeated).

He’s still a pretty strong character if you compare him to other heroes & villains.

Sonic is a veteran ninja, extremely skilled in his art & every time he gets defeated he’s able to drastically improve.

He has arguably become as strong as some of the S class heroes. 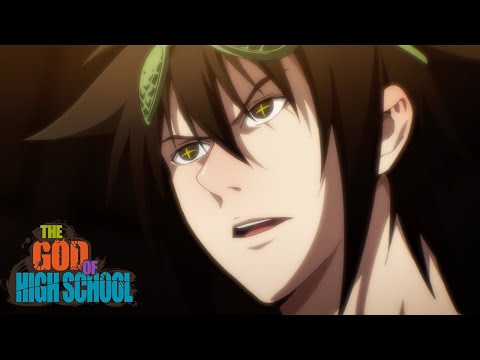 Jin Mori is a Renewal Taekwondo specialist, a martial art based on real Taekwondo.

He was able to win tournament using this art.

Shinsuke is one of the very few samurais in who can match the skills & power of the protagonist Sakata Gintoki.

Shinsuke & Gintoki were trained together by the same master & they had several duels throughout their childhood.

Neither of them was able to truly overpower the other. 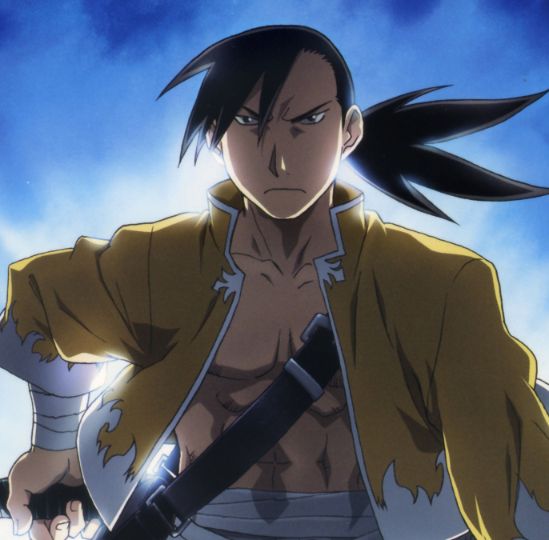 Ling is an expert in Xingese styles of martial arts & is also a skilled swordsman.

In the world of Brotherhood where most characters fight using Alchemy or some sort of monstrous abilities, Ling can hold his own using his combat skills.

He becomes even more dangerous when he fuses with the homunculus Greed. In this form he gains regeneration capabilities & a super-strong body. 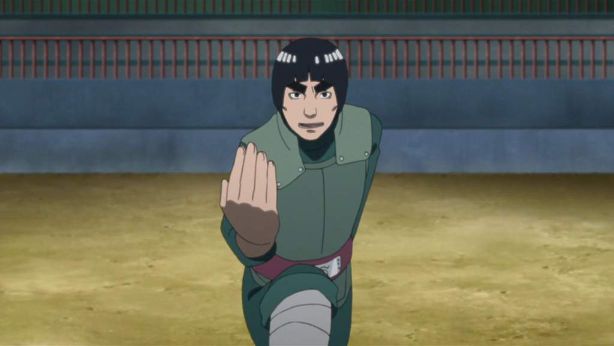 Just like Rock Lee, Guy lacked the skills to use ninjutsu & genjutsu but was able to make up for it using taijutsu.

Might Guy didn’t just manage to ‘hold his own’ using his taijutsu but was able to become one of the strongest characters by the end of the series.

He’s given even overpowered Godly characters like Madara a lot of trouble. 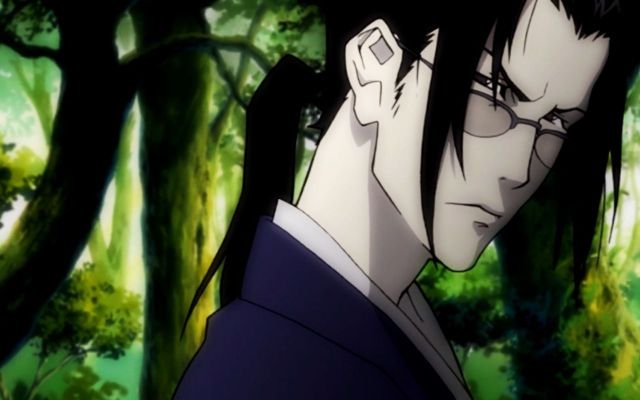 Unlike the other main character of the show Mugen, Jin is a very disciplined samurai. He doesn’t rely much on his instincts, rather he relies on his technical skills & learnings from his dojo.

As the series goes on, Jin learns more & more about the way of the sword, both in technicality & philosophy, resulting in him becoming an even more elite samurai.

Similar: 15+ Of The Greatest Historical Anime Series With Their Own Vibe 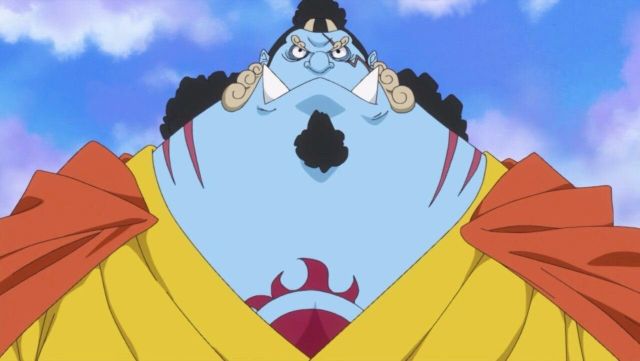 The knight of the sea Jinbei is extremely proficient in Fish-Man Karate, a skill used primarily by the Fish-Men of the .

He can go toe to toe with characters who have insanely powerful devil fruits & Haki using this martial art. 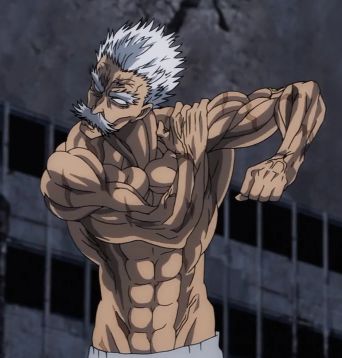 Bang aka Silver Fang is the 3rd highest ranked S-class hero of the Hero association & he reached this position because of his self-made martial art: Water Stream Rock Smashing Fist.

Bang both practices & teaches this art, one of the story’s primary antagonists Garou was trained by Bang.

Despite his old age, Bang manages to serve humanity & be a nightmare for the supervillains. 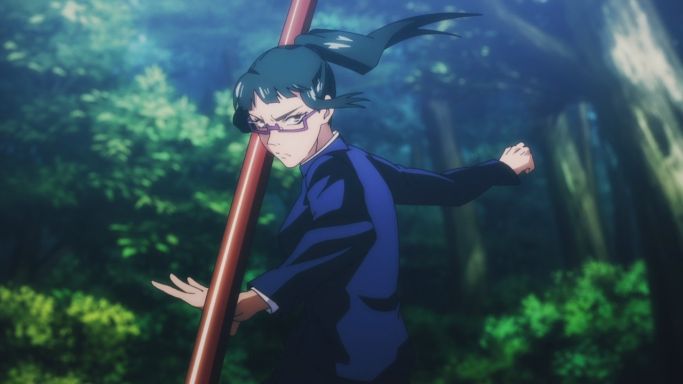 In a way, Maki is the Rock Lee/Might Guy of because she lacks cursed energy, a power source for most of the sorcerers in .

But she makes up for it by having superhuman physical prowess & being skilled in using cursed weapons.

While we don’t know if she is proficient in any particular martial arts, she definitely incorporates some of it in her combat. 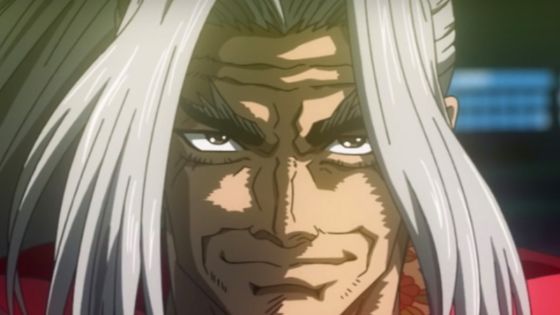 Sasaki Kojiro is Humanity’s representative in the fight against Poseidon.

With the help of a divine Katana, phenomenal skills & life experience, Sasaki Kojiro manages to surpass Poseidon in combat. 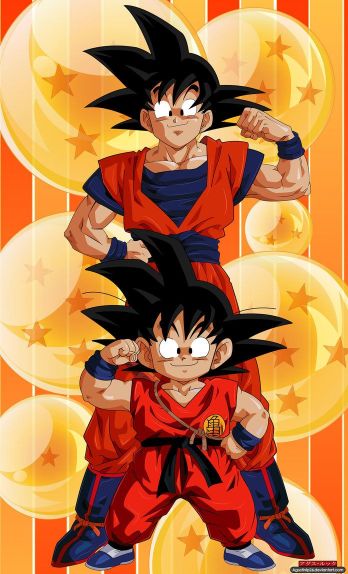 We are ending this list with none other than the protagonist of the Dragon Ball franchise and easily one of the most iconic martial artists in all of fiction… Son Goku.

Goku was a prodigy when it came to his martial arts skills since the og Dragon Ball, going toe-to-toe with other legendary martial artists in the verse.

Some might think he was able to defeat his opponents because of his raw strength being relatively higher.

That said, even in , after acquiring Godly transformations he still uses martial arts proving he’s highly skilled in the arts he learned from Master Roshi.