Male anime characters are objectified in anime. But as with most cases in society, we downplay facts related to Men, and over exaggerate issues with women in the 21st century.

More so in the WEST. Even to the point of “creating” issues that never existed.

Or better yet – outraging, claiming Men are misogynists for disagreeing with women, calling women out on their bullsh*t. Or simply pointing out a fact between both genders.

It’s treated as a “gender war” when it’s not.

I’ve already talked about anime objectification and the narrative it pushes in general.

In another post I’ve got into the double standards of how each gender is treated in comparison as well.

Now I’m gonna get into the specifics of how men are objectified in anime. And the context surrounding it.

How men are objectified in anime:

1. Being feminized in Shoujo 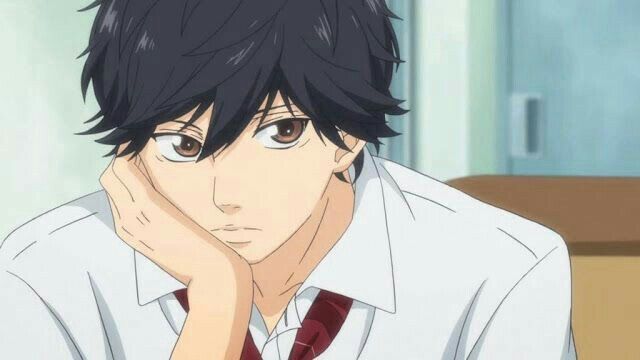 In your average Shoujo or anime – the female character is obviously the lead character. Shoujo is from a woman or a girl’s point of view after all.

Especially in a way that’s related to .

Male anime characters in Shoujo are always feminized and made to look “cuter” than an average man is meant to look.

The goal is to make the male support (or dual protagonist) character less frightening for the female audience.

Or put another way: more appealing to the fantasy of “the man on a white horse” or anything of the equivalent.

This makes sense because Shoujo is targeted to females in their teens, predominantly. And by that age a girl is bound to have unrealistic ideals of Men. Sometimes those ideals relate to Men being softer, more gentle, approachable and less frightening compared to a more masculine type of guy.

It makes sense because it’s a perfect dream where everything is perfect, and you both live happily ever after. The type of dream where nothing can go wrong.

Looked at from that point of view it’s understandable. But it’s still a form of objectification when it comes to male anime characters. 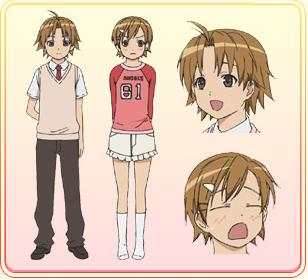 Another example of Men being objectified is Makoto from Minami Ke.

In the left image is Makoto as a boy, his natural gender. But throughout the anime he’s forced into these “comical” situations where he dresses up as a girl.

He’s given a hair pin and everything in an effort to feminize his character. In the name of comedy, of course. 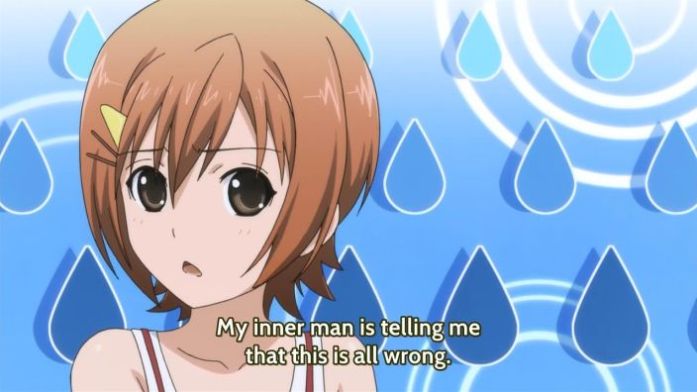 This type of comedy is a god-send for female fans. Not just that, but female fans indulge in it for similar reasons they indulge in Yaoi or enjoy gay anime characters.

The innocence, the gentle side, the less frightening male who’s harmless.

Dressing up, feminizing and objectifying characters like Makoto allows that fantasy to play itself out.

Related: Anime Feminists In The West 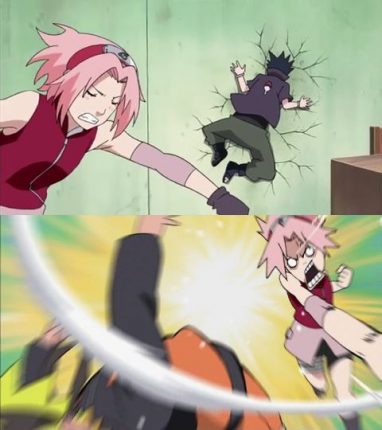 The famous “punch a guy in the face” cliche. It’s been happening for well over a decade at this point.

Naruto didn’t start it, but it’s one of the more popular anime shows to use this form of objectification with Men.

Whenever Naruto or anyone says anything Sakura views as “wrong”, they’re punched in the face. Usually for comedic effect. 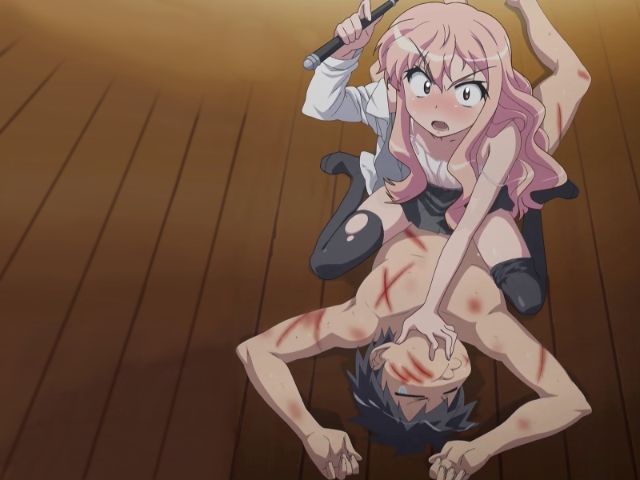 The same thing plays out in the anime The Familiar Of Zero. Only to a more extreme degree.

The main character: Zero, a princess treats the male main character like an object. The smallest thing he does that Zero dislikes? She whips and beats him until the point of bleeding.

Leaving marks all over his body. And this is painted as “comedy”.

The objectification here is treating male anime characters as punching bags to “release” their misguided anger.

This objectification in general has a lot of meanings:

This form of male objectification in anime can be viewed in ALL of these ways, or a few of them. Based on observation and what you can see.

That doesn’t mean the creators of anime and manga have these intentions, or this is what they’re trying to say. But it can be interpreted this way. Especially with The Familiar Of Zero.

Regardless of ifs, buts and maybe’s, male anime characters are objectified in moments where women are angry or upset.

A lot of the time it’s not justified, and is more of a trope.

But it’s objectification one way or the other. 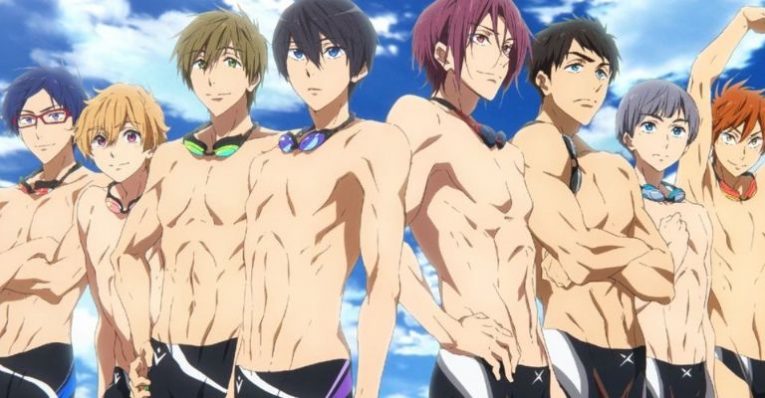 It’s surprising because Kyoani doesn’t usually go down this route, even if they’re known to innovate.

Free! Eternal Summer is made for the female audience. And it has all the ideals a woman can dream up in a fantasy world.

Yes – Free Eternal Summer has characters with personalities, back stories and what not. But that doesn’t take away from the sexual objectification screaming out from the surface.

It’s on purpose and we all know it. And there’s nothing wrong with that until you argue against it. Or try denying and downplaying it. 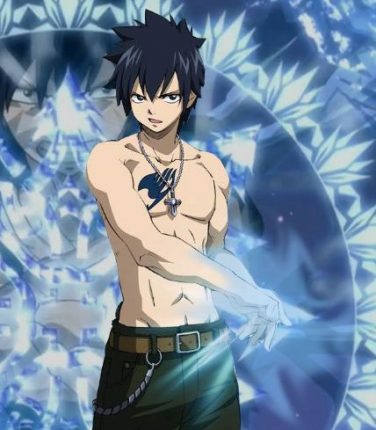 The same thing happens in . Though as I’ve mentioned before, plays both sides of the fence.

Gray Fullbuster is one character who’s objectified by female anime fans. Or just in general.

Again – he has a personality of his own and a backstory. And given the context of why he’s always half naked he’s more than just an object.

But that doesn’t take away from the element of his objectification. Which is:

Gray Fullbuster wasn’t designed like this by accident. In fact no character is designed this way by accident.

It’s a clever way of creating a well rounded character by using elements to “bait” people into paying attention. And finding out there’s more to a character that makes them real, relatable and authentic.

You probably never thought about it, but fat anime characters are USUALLY male characters.

Most fat characters in anime aren’t female since women are either skinny, slim, or at the most: curvy.

This is another form of male characters being objectified in anime. 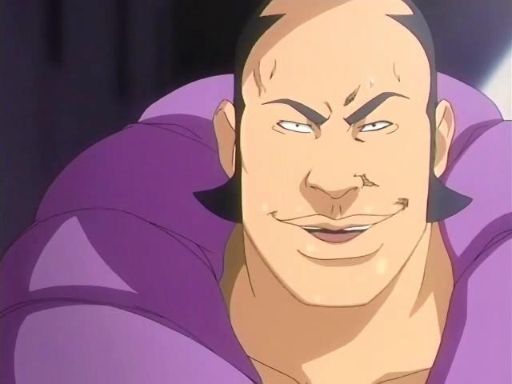 One fat character I can think of is Soifon’s lieutenant in .

For most of the time he’s on screen, he’s making a mockery of himself, is useless, and doesn’t really contribute to the anime series.

There’s only one moment in the Arrancar arc where he’s somewhat useful to Soifon.

But a lot of time is spent mocking Marechiyo’s weight, how “fat” he is, and typical comments about his appearance.

He’s not much more than an object in the sense of his character, and the weight his relevance carries (no pun intended).

Yaoi anime characters and Yaoi shows in general objectify men to a degree.

In fact it’s the equivalent of female fan service or beach episodes in every way possible.

Female anime fans are the ones doing the objectifying in this case, 90% of the time.

In general you’d assume Yaoi’s gay audience would be the ones objectifying the Men in these anime. But in reality it’s women seeing as Yaoi has a STRONG following of female fans.

And everything you can picture in your mind – this is all part of the objectifying happening in these anime or .

Again – yes the characters can be more than objects because they have stories, personalities and what not. But to deny the shocking level of objectification happening in this genre (just because there’s no outrage) would be delusional.

It’s a play on the double standards not just in anime or , but society itself.

This is taken to NEW levels when it comes to My Hero Academia.

5. The “white night” who saves a damsel in distress

In Rokudenashi, one of my favorite magic series, Glenn Radars (right image) is the main character.

In this scene Glenn’s indirectly used as a “white night” to save the day, and protect helpless Rumia who’s powerless.

It’s a low-key objectification but it exists to a bigger degree in a lot of anime.

Now in the case of this objectification, there’s an irony that goes both ways.

But this is still an objectification when it comes to male anime characters. Even more so than the other side of the fence because sometimes female characters are strong enough to save themselves.

It just so happens that it’s convenient for the plot to use this cliche. 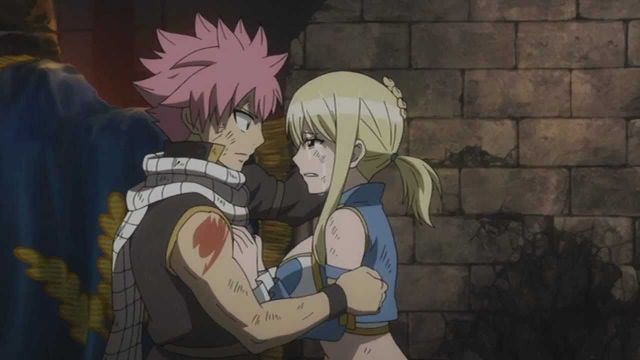 In the anime Fairy Tail, a series I loved until the last season fell apart, is a culprit for “white-night’in”.

As much as I love Natsu and Lucy for different reasons, Natsu is treated as a white night in so many different scenarios.

Some scenarios are justified, others are just ridiculous and objectify this notion to levels of stupidity.

To the average person it looks like Lucy is being objectified as a damsel and nothing more. But an open mind can see this is happening on both shoes.

And you could even argue it’s happening on the male shoe more than the opposite.

Why male anime characters are objectified

Is being objectified a bad thing?

We do it all the time, not just in anime but in day to day life.

Objectification is more extreme and common than you think. And most extremist feminists are too blind to see it or admit it.

Or any other extremist group who pushes narratives while ignoring facts.

Objectification isn’t bad in the case of anime. Or objectifying male anime characters in this case.

What matters is the perception of the person “doing” the objectifying.

As long as you can detach yourself from what you’re objectifying and you don’t take that with you in the real world, it’s all good.

What really matters is how it’s being done, and what the repercussions of those actions are. Be it male anime characters or otherwise.

On top of how a person doing the objectifying perceives and uses this information.

How The Coronavirus Is Affecting The Anime Industry