Tsundere’s are probably the most famous “dere” type in the anime community.

They come up the most in conversation and fans like them quite a bit.

This dere type acts cold to the person they like or love. Usually getting violent and being indirect because their pride won’t let them “own up” to their feelings.

Even though I’m not the biggest fan of any dere types, I can see why they’re entertaining. And there are characters like Chitoge Kirisaki or Umiko Ahagon that I like.

Here are some of the best Tsundere’s you’ll ever come across. 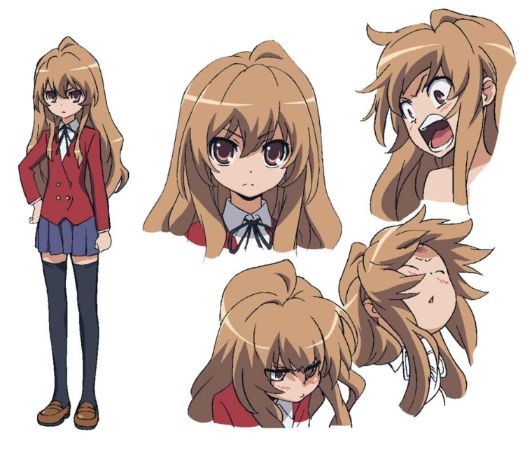 Taiga Aisaka is one of the most famous Tsundere’s in anime. It’s hard not to know who she is since she shows up in so many memes and what not.

She’s a classic Tsundere down to a T, and her characteristics leave no room for questioning it.

is the type of anime where Taiga Aisaka is an absolute b*tch in the beginning (Tsundere on steroids), only to sweeten up and dial it down later on.

For that reason you’ll either love or hate a character like Taiga.

Vegeta is one of the most original Tsundere’s the anime industry has ever known. Even before “Tsundere” was even a known term to begin with.

He’s always been the cold type and aloof. Stubborn to warm up to anyone around him, even if he secretly likes or respects them.

We see the same thing play out with Bulma in .

At first Bulma annoys Vegeta, and his reaction is the typical reaction a Tsundere is known for. And that’s true with the latest DB even though Vegeta has matured and evolved.

Mikoto Misaka is one of those Tsundere’s you can’t get away from in the anime community. Similar to Taiga Aisaka.

For one reason or another, Mikoto Misaka is a memorable one.

The Railgun and Index series are popular in the anime community so there’s that. But one thing about Mikoto Misaka is she has a great overall personality.

She’s modest, has humility, and usually puts other people’s needs before herself. Especially if that person is in trouble and she’s able to help.

Relevant: These 17 Anime Characters Are So Modest It’s Hard To Dislike Them

Gray Fullbuster is another male Tsundere most people don’t think about.

He’s not the worst Tsundere by any stretch of the imagination, but he’s in Tsundere territory.

Throughout Gray never takes Juvia Lockser seriously. Or put another way – he’s reluctant to admit or share his feelings with Juvia. probably because of how “strong” he comes on to him.

Gray’s an introvert after all, and he doesn’t like his space being invaded so callously.

Related: 15 Of The Best Anime’s With An Introverted Main Character

Rin Tohsaka’s a famous Tsundere from the Fate Stay Night series. She’s more than just a Tsundere cliché though.

Rin is smarter than most for her age, and is ahead of her time in general. The type to think things through and not one to backdown once she’s make that final decision.

She’s like a younger version of Erza Scarlet as far as being a strong female character, but she’s a Tsundere down to a T.

Shana fits right in with Taiga, Mikoto Misaka, and other “classic” Tsundere’s in the anime world.

In fact – Shana is the inspiration for characters like Taiga because she’s been around since 2005-2006. Long before these other Tsundere’s started popping up.

Shana might have an aggressive attitude, but behind the barrier she puts up is an insecure girl who’s unsure of herself.

And the anime’s plot iron’s that out overtime with romance between the MC’S.

Holo The Wise Wolf is a “mild” Tsundere and not as extreme as others in this list. But she’s definitely one of them.

Whenever Kraft Lawrence, the MC does something Holo doesn’t like, she lets it be known. Just not in a physically abusive fashion like how a lot of Tsundere’s express themselves.

This is what makes Holo different. She’s a memorable character and one of the smartest women we have in anime.

Related: These Are The Most Meaningful Quotes From The Spice And Wolf Anime Series

Kyoko Sakura is a personal favorite of mine. I relate to her inner-strength, independent nature, and how she holds herself accountable for her actions.

It’s easy for a lot of people to blame others or point fingers, and never take responsibility for their actions and the consequences that come with it.

In her case – her back story plays into it. And the “Tsundere” nature is like an addition to Kyoko’s hard-as-steel personality. 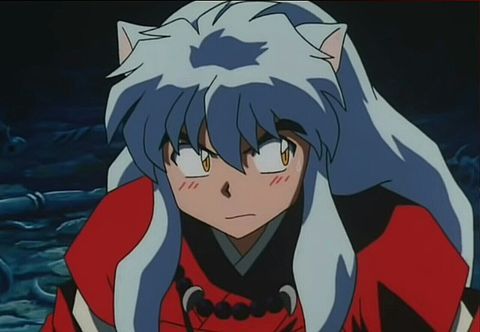 is like Vegeta, meaning he’s a classic Tsundere who existed before the tropes became mainstream.

Most fans might miss his Tsundere traits unless they really think about it.

In the beginning of the anime Inuyasha is always hesitant to show his feelings to Kagome Higurashi. It even gets to a point where Kagome runs off home crying when they have a fall out.

evolves overtime, just like Vegeta. And both characters “work out their differences” and the romance blooms in the end because of it.

Ikkyuu Tensai is a master detective (in her own words) and she proves it through her actions.

One important thing you can learn from Ikkyuu Tensai is the power of self belief.

She believes she’s a master detective and tells herself that everyday. And that leads Tensai to trying to prove herself right when it’s time to solve a case.

This element of Ikkyuu Tensai’s personality is what makes her different to the average Tsundere.

She’s more than just a cliché.

Lucia Konohana is a hypochondriac. A person who’s afraid of touching other people or things with their bare hands.

In Lucia’s case this stems from a childhood event that damaged her psychologically. So in the main story of Rewrite she wears gloves everyday to “deal” with her issue.

Outside of the seriousness of Lucia’s inner-demons, she’s a Tsundere and the joke runs its course enough times to notice it.

Nino Nakano is probably the most famous Tsundere in recent years to dive in the scene.

Out of all the twin sisters, Nino’s the most obvious Tsundere.

Nino will do whatever it takes to deflect her feelings and act in a way that’s opposite of how she feels.

She’s a stubborn character with too much pride. And has “an image” to protect.

In the upcoming 2nd season of Quintessential Quintuplets this might change if she evolves and matures. 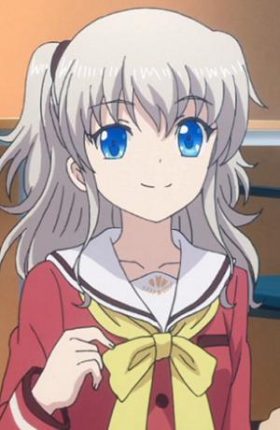 Nao Tomori feels like a Tsundere who’s self aware.

She knows damn well what’s what, and how she feels about someone or certain things. But she’ll dismiss it and react aggressively anyway.

If we’re talking about Tsundere’s she’s not the typical type, and has a lot of likeable qualities as a character.

In some ways she shares traits with Erza Scarlet. Except she’s younger, but still relatively .

Maki Nishikino is a babe. A . A female character I feel deserves more light outside of the Love Live universe.

She’s talented at playing the piano, and has a surprising amount of humility even though she’s privileged compared to other characters.

Make no mistake though – Maki Nishikino is a Tsundere through and through. And it never fails to get noticed.

Emi Yusa, also known as Hero Emilia is an angel in the anime series (no pun intended). She’s capable of defeating Satan himself, and that’s related to how the plot falls into place.

Emi cares deeply for her people. The human race. And has a justified hatred for devils and Satan’s army. Everything she does is for the benefit of other people.

Even though she’s a selfless character with a good head on her shoulders, she’s still a Tsundere in other ways.

Relevant: 19 Red Haired Anime Girls With Some Of The Most Unique Personalities

Being a character who came about in the early 1990’s, Lina Inverse is yet another Tsundere who inspired the trend we know today.

Even though Lina Inverse does have her positive traits, she’s a greedy, selfish character who only thinks about herself a lot of the time. And her bossy attitude and Tsundere behavior makes it worse.

Related: 7 Of The Most Powerful Female Anime Characters

Sistine FIbel from Rokudenashi is part of a new trend of anime characters who have “cat ears” for no reason other than decoration. She’s not even a “cat” to begin with.

This earns her the name “white cat” by Glenn Radars, the protagonist. And this plays into her Tsundere personality a bit.

Tsundere traits aside – Sistine Fibel is a person with a kind heart. And pure intentions.

Like Erza, she sets her standards high and won’t tolerate settling for less. She expects the same from other people, too.

Eriri Spencer is the type of Tsundere who’s not violent and abusive like we see with Taiga Aisaka or Zero from The Familiar of Zero.

In this series – Eriri is a artist. Or what they call Dōjinshi.

A lot of her self published work is sexually explicit. Making her independent and self-sustained, financially.

It’s this artistic element of Eriri Spencer that makes her different to a regular Tsundere.

Ichiko Sakura’s the most b*tchy Tsundere in the history of this trope. She’s a spoiled character, entitled, and was raised to believe the world shines out her rear end.

Good Luck Girl shows you the repercussions of raising someone this way, and giving someone too many privileges without having to work for it.

Add this on top of her Tsundere personality and you have a recipe for disaster.

Though this anime is a parody, and Ichiko does with each episode in this short series.

Still one of the funniest comedies I’d recommend, with surprising character progression for a character who’s hard to like.

Mine from is similar to Ichiko, meaning in the beginning she acts like hard to deal with. You can see how aggravated Tatsumi is (the MC) by her nonsense.

Part of this is Mine’s Tsundere personality doing what’ it’s supposed to do. But as with characters like Taiga Aisaka, there’s a deeper reason about why.

Mine’s tough on the outside, straightforward and a little harsh because of how she’s grown up. And the racism and prejudice she’s faced for having “foreign blood” in her DNA.

Chitoge Kirisaki is one Tsundere I like more than most.

She feels more realistic and true to life than a normal Tsundere who’s angry and toxic for the sake of it.

Chitoge like plenty of Tsundere’s suffers from the “never confessing her true feelings” trope you see in romance shows.

Unless a 3rd season is aired, we’ll never know how things will turn out.

Kaname Chidori is part of the era that inspired Tsundere tropes. She’s been in action since 2002-2003-ish, thanks to Kyoto Animation who produced the first season of FMP.

Kaname’s eventual Romance with Sousuke Sagara doesn’t make progress into the 4th season: Invisible Victory. This is where Kaname’s character really evolves and takes on another form.

Earlier seasons, especially season 1 highlight her Tsundere traits for comedic effect more than any other.

15+ Of The Best Yandere Anime Characters

22 Of The Greatest Anime Dandere Characters You Should Know