That kind of thing is expected in the industry, and your average series because is fiction.

And fiction is an exaggeration of the real world a lot of the time.

Especially when it comes to designs, beauty, body shapes and everything in between. 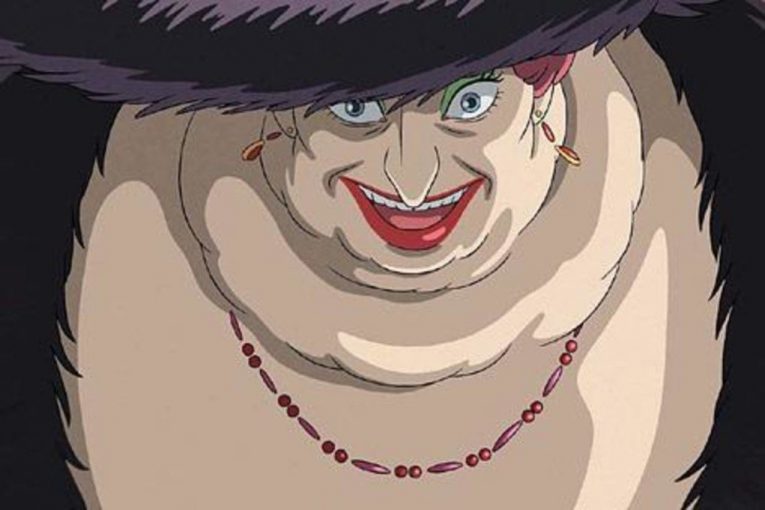 But then there are ugly characters who are more realistic, accurate, and somewhat “relatable” for their physical flaws.

The types of flaws we actually have in real life.

Let’s talk about that, and highlight some of the “best” characters that fit that profile.

Regardless of personal opinions.

13 Of The Ugliest Characters: 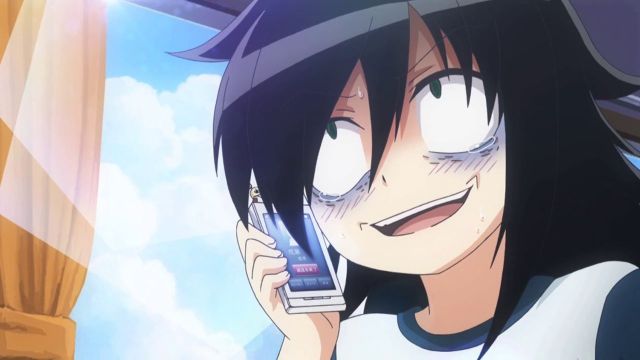 Tomoko Kuroki is a character with low self-esteem. She feels ugly, acts ugly, and doesn’t dress in a way that would make you think she’s “not” ugly.

Her sense of fashion and the way she takes care of herself, physically, is also another reason to believe she’s “ugly”. On top of the “tired” eyes she always has.

The thing about Tomoko Kuroki is: she’s realistic and believable. 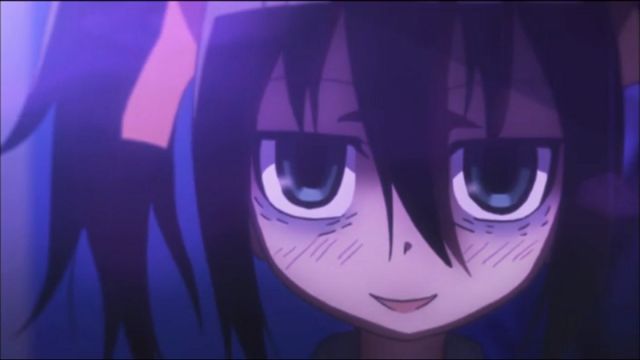 The support character, Tomoko’s best friend, is the complete opposite in the “beauty” department. And the contrast is what makes this show unique for a slice of life series.

It’s slightly dark and depressing from the perspective of Tomoko, seeing as she lacks confidence and has so many flaws. But that’s the beauty of her character.

Related: 7 Of The Least Cliche Anime Characters Ever Created 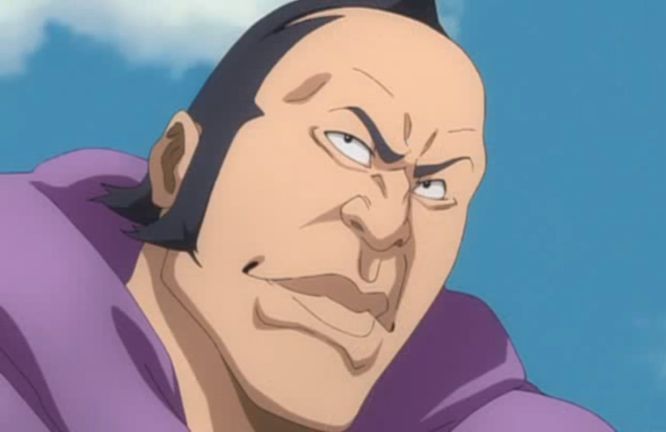 Marechiyo is a pitiful character. He’s a coward, talks too much sh** that he can never back up, and isn’t the most confident guy in Bleach.

For someone who’s a soul reaper, and the lieutenant of Soi Fon, Marechiyo is a character you feel sorry for.

And because of his weight – he’s judged and picked on, even by his opponents like Baraggan later into the series.

When all is said and done though – a character like Marechiyo is more realistic, because not every guy has a so-called “perfect body” in real life. 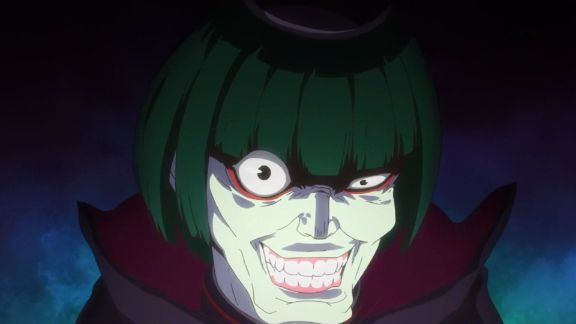 Petelgeuse is just weird. He’s the kind of character who’s creepy and will make you cringe no matter what your perspective is.

As a follower of the witches cult in Re:Zero, he’s about as weird as it gets when it comes to his personality, body language, and the way he speaks. 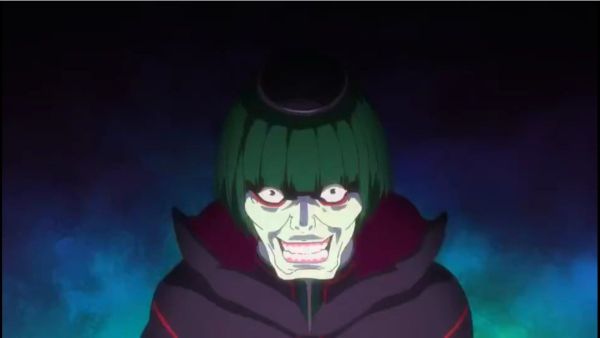 His appearance matches his ugly intentions, warped way of thinking, and detestable view of the world and his idea of right vs wrong.

But again – these flaws are why he’s more true to life and realistic. As is the case with an like Re:Zero in the first place. 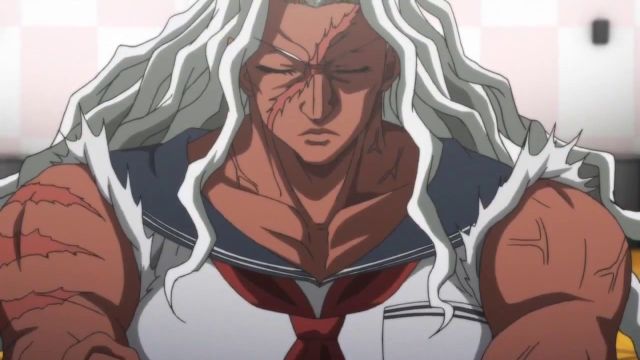 Sakura Oogami is intentionally drawn and designed this way.

That’s why one of the characters from Danganronpa is designed as a “trap” character. Male with female characteristics (the opposite of Sakura).

Beyond Sakura’s appearance and obvious “male-like” design, she has a big heart and is kinder than she looks.

In fact I’d go as far as saying she has one of the best personalities and roles in Danganronpa’s series. Even if it’s short-lived and not as in-depth as other characters.

Related: 35+ Of The Best Danganronpa Quotes That Will Cut You Deep 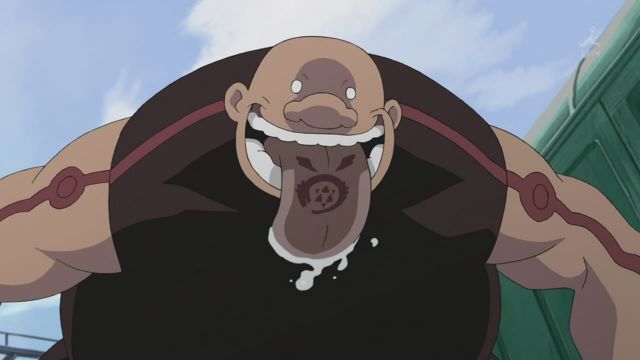 Gluttony is a nasty character for a lot of different reasons. It’s just like his name implies, really.

He’s a big overgrown character who eats and devours anyone or anything he can get his hands on… In cold blood.

And his appearance in itself is menacing and too unsettling to be pleasant. 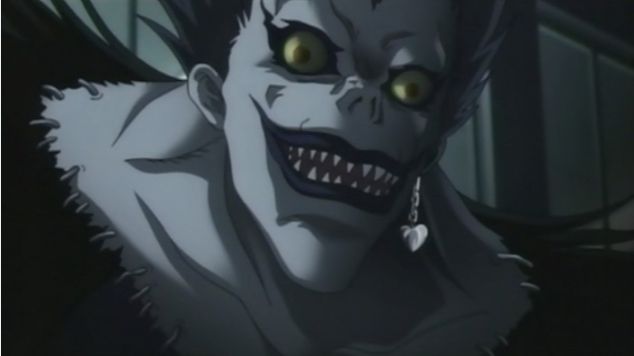 Ryuk is a Shinigami (death god) and as you’d expect from this type of creature: there’s nothing pleasant about him.

His appearance reeks of death, ugliness, and generally an uncomfortable atmosphere that will give you chills. And nothing good comes from being in his prescience for too long. 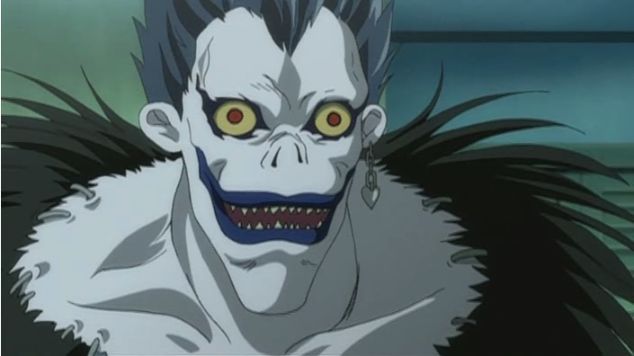 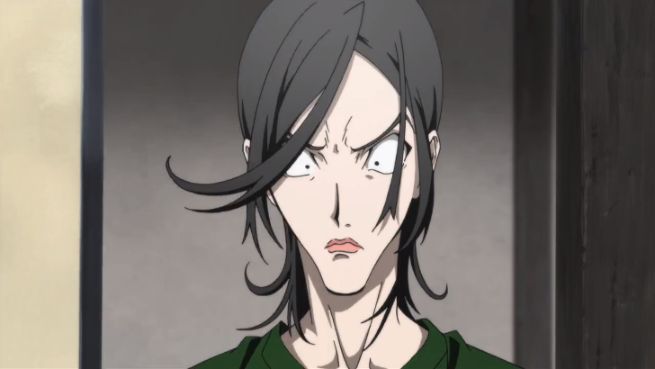 Masao Murasako is rotten to the core. It’s almost like he’s the reincarnation of a devil, but in human form.

His ugly, creepy appearance is a reflection of how he feels about the world AND people on the inside.

An example is when a character dies in Shiki, early on, and he celebrates that person’s death and mocks them during a funeral. 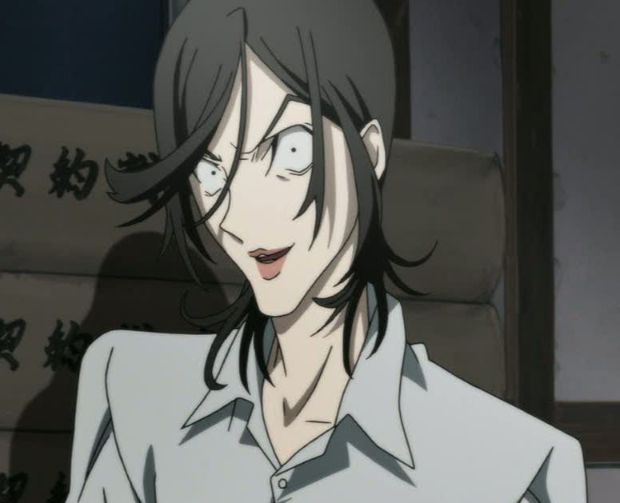 He’s the type of guy who will complain about everything, point fingers at everyone other than himself, and kill you for the sake of it. If he ever had the chance to get away with it.

Because he’s a hateful teenager from the inside out.

Related: A Collection Of The BEST Anime Quotes From Shiki 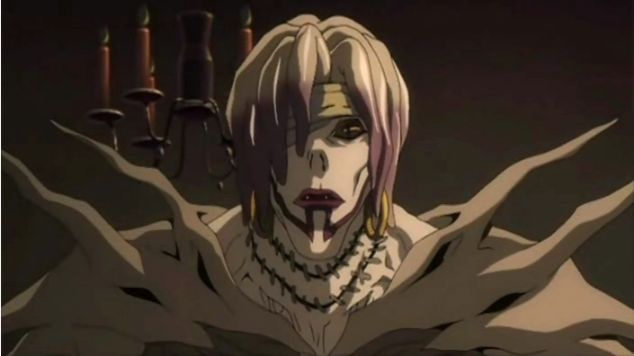 Rem is another Shinigami from . But she’s the “female” Shinigami you’re introduced to later into the series.

Rem is the opposite of Ryuk in a lot of ways.

As a Death God – while she might not “look” attractive, Rem has a beautiful heart that’s non-judgmental, and caring for those she loves. Which is “odd” for a Shinigami.

And that contrast to me is what makes Rem from a perfect example of beautiful on the inside, even if not on the outside. 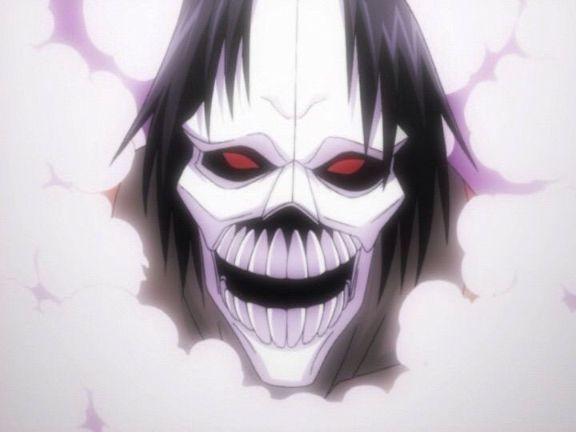 Hollows are vile deformed creatures that represent “hatred” in Bleach.

After a person dies, if they’re unable to move on or be at peace, Hollows take over and they end up “stuck” in limbo.

That’s what Soul Reapers are for. They “cleanse” the Hollows and send them to the soul society. 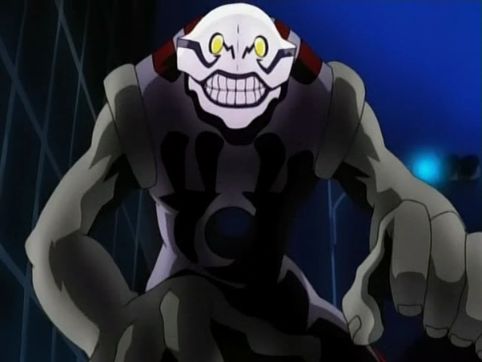 Anything that represents hatred is naturally ugly and vile. So it’s no surprise when you think about what a hollow represents. 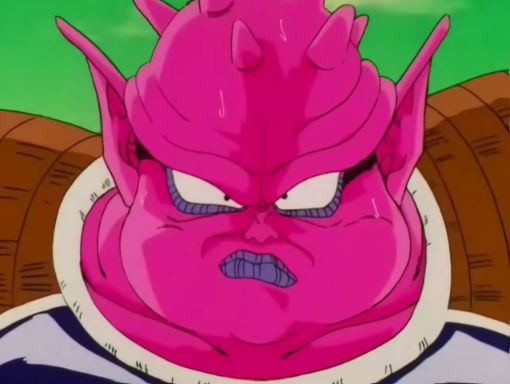 Dodoria was always a nasty-looking guy. Mostly for his attitude, facial expressions and the way he mercilessly slaughters Namekians.

And even Bardock’s men in the movie: “Father Of Goku”.

He’s the pure definition of evil, even if he’s a puppet for Frieza. And just like his appearance – the way he’s killed off is just as grimy and gritty. 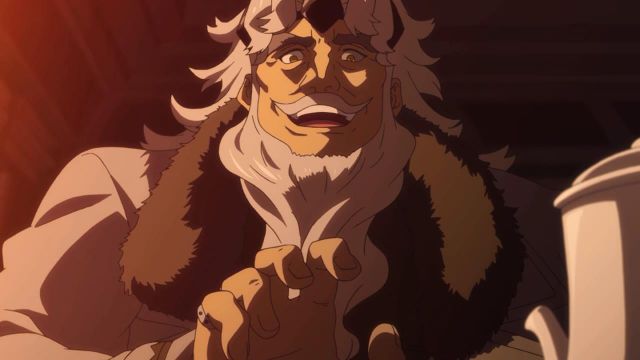 The Prime Minister in is anything but honest (it’s a comical name). The whole purpose of the plot in is to overthrow the government and create a revolution.

Prime Minister Honest is the main reason the assassination group: Night Raid is created in the first place. 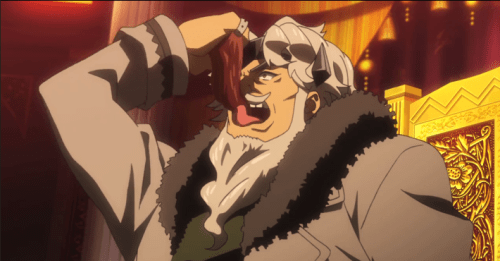 Just like his ugly appearance, this man has no heart, empathy or even a shred of decency to his character.

The disgusting levels of selfishness, greed and disrespect makes me sick thinking about it. 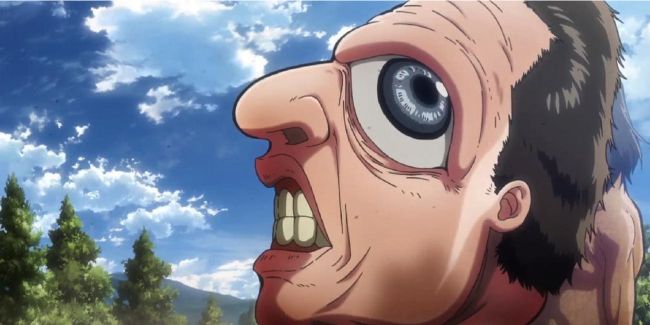 The Titans are grim as it is, when you take into account the size of them, those chilling smiles that send shivers down your spine, and how they terrorize what’s left of human society in AOT.

There’s no debate when it comes to the ugliness of these creatures in the world of . 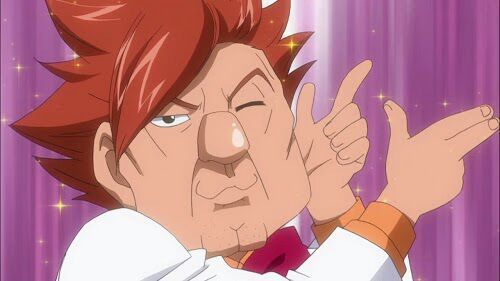 Ichiya Vandalay is clearly designed to be a “troll”. Almost every scene in he shows up in, he’s being a nuisance to Erza Scarlet, or whoever else is around.

And of course – Erza hates Ichiya because he’s a creep. So it’s No wonder he’s considered an “ugly” character when you weigh up his characteristics.

At the least, he’s a comical character but it’s sometimes a bit much to swallow.