It’s a term you hear more of these days, more so in the west. Or more accurately – in the USA.

With the rise of the #metoo movement, one of the most damaging movements we’ve seen if you ask me, anime objectification is a thing some people complain about.

Only when it’s about a certain “gender” of course.

Is Objectification Even A THING?

The idea behind objectification is:

The funny thing about these arguments is – they come from women who aren’t fans.

Unrelated websites like Gamespot, IGN, and sites that don’t give a F about are some of the culprits on a “industry” level.

And for the microscopic portion of women who are fans, they only focus on one gender. And they forget about some important facts I’ll mention in this post.

The Truth About Objectification:

1. characters are objects by definition 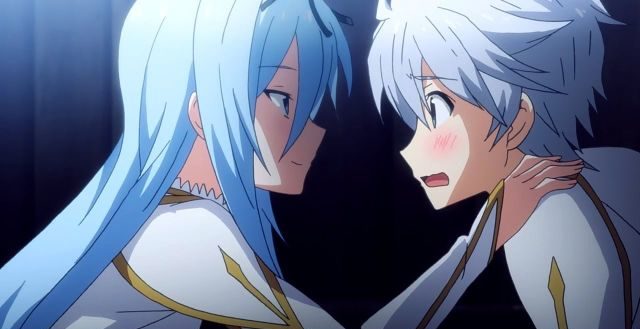 This is a FACT that feminists, SJW’S, and crybabies don’t seem to understand because of their broken logic.

And their self-centred view of characters.

I’m an anime artist in Japan and I’m working on a new project.

I have an idea of what characters I’d like to draw and design, including how they’ll look, what body proportions they’ll have, and how I want them to behave (personality).

Once I’ve drawn and designed these characters with an studio, they’ve become objects to serve a purpose. 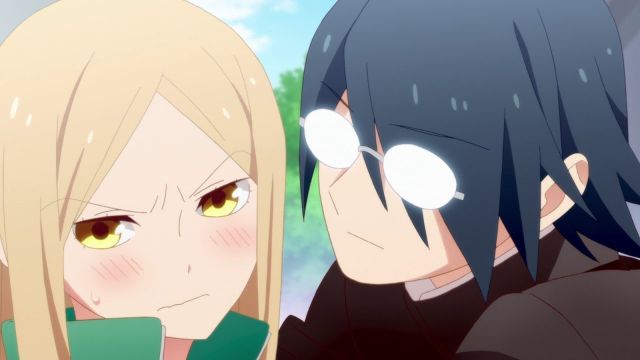 In the – Tsurezure Children, you see scenes like the image above between male and female characters.

They’re both objects by definition. Used to please the audience with their romance and the roles they play.

An object can’t be objectified if it already is. That comes down to how you receive it

That’s arrogant thinking on the viewers part because they’re trying to “relate” what they see to their reality. When it’s not even about themselves.

The difference is when a viewer mistakenly judges these characters as “real” people, when in fact they’re fictional and don’t live by human principles.

It’s fiction, so the moment you decided to be “entertained” by it is the moment you accept it as an “object”. Layered on top of your own filter of how you see the real world. 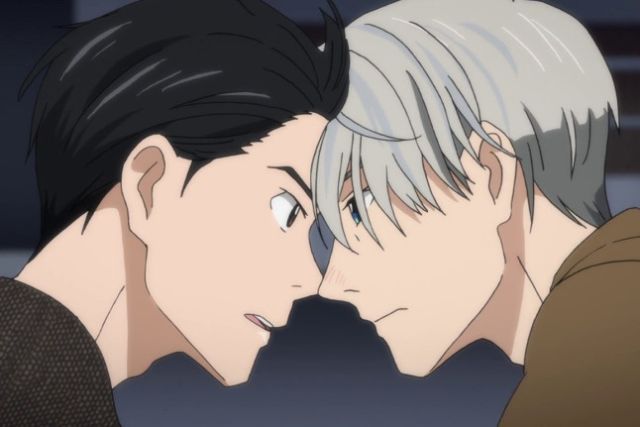 One thing I LOVE about this argument is the ignorance and blatant sexism of the subject.

This image above is from Yuri On Ice. A sports with a Gay undertone.

This appealed, and appeals to women for obvious reasons: Gay male characters.

These characters are put into intentional positions to highlight these Yuri undertones, without actually going “full on” since that’s not the ‘s only purpose. 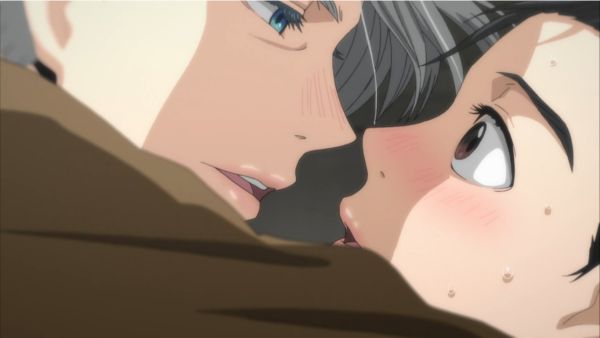 So what’s going on here? And what’s my point?

These characters are being OBJECTIFIED for the female audience.

The Yaoi themes in Yuri On Ice (and the characters of course) serve a purpose. And that purpose is to satisfy the main female audience who’s into this kinda thing.

According to radicals – this is objectification at its finest (if the shoe was on the other foot).

For some strange reason it’s ignored and disregarded as if one version of objectification is more “holy” than the other.

It’s as if these people don’t wanna accept it and instead – would rather drink from the bottle of hypocrisy because it’s convenient.

You have characters and shows that serve a different purpose for “objectification”. Or pleasure in the case of .

One of these purposes is fan service.

is clearly an that does this with characters like Nami.

Male fans obviously LOVE it because that’s the point (and the main audience).

Fairy Tail is another anime that does this (on both sides of the gender fence). And while it’s not the main reason it’s popular, it’s obviously a trait fans have warmed to.

And yes, that also includes female fans. The kind of women who aren’t in denial or holier than thou. 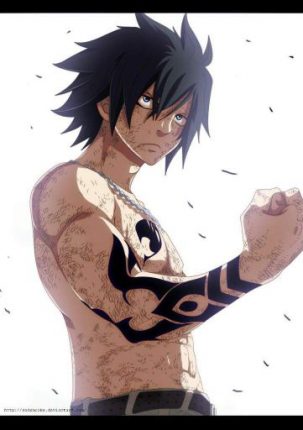 There’s also the purpose some male characters serve to the female audience. Which is being physically fit and perfectly muscular.

The argument here is “male power fantasy” which is a load of drivel that covers up the facts under the surface.

It’s not like there’s anything wrong with this “objectification”.

isn’t supposed to cater to realism or realistic aspects of people: it’s supposed to exaggerate it. Unless that’s not the point the creator’s trying to get across.

Gray Fullbuster from FT is loved by many, and the list of girls online who call him a “hot guy” is endless.

That’s partly the point of his design. 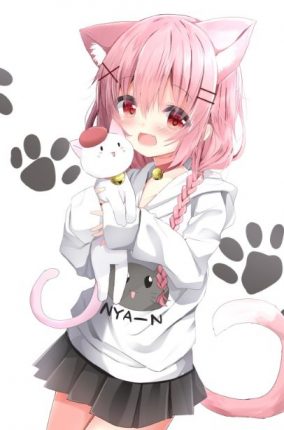 And then you have characters who serve the purpose of “being “. Or Kawaii if you like that word better.

Let’s take this image of a cute Loli with a furry tail and fluffy ears.

Is she an object? Yes, and not just by definition.

Is that a bad thing? NO, because that’s the point and it’s done not to devalue, but to celebrate.

We do the same damn thing with CATS in real life. That’s why there’s so many f*cking videos of cats on YouTube.

Nobody bats an eye or even thinks about that one. We don’t need to either. 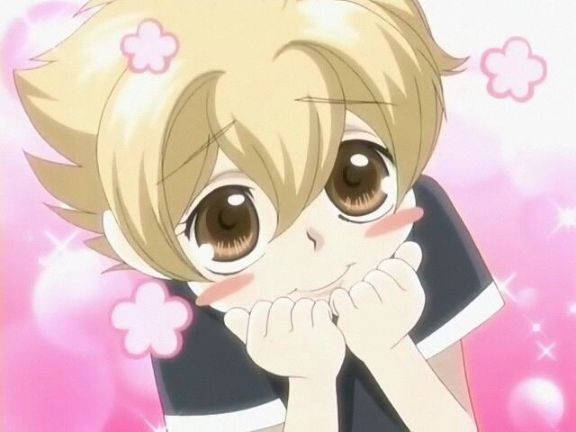 And if I haven’t already said it – this isn’t about gender. Objectification happens on both ends of the stick.

This character in the image is from Ouran High School Host Club. An that’s POPULAR with female fans.

It’s not hard to see how male characters are being “objectified” here.

He’s a looking boy with big eyes and girly eyelashes.

Should I start an outrage campaign on Twitter about how “Misandry” this is?

Or how this paints “the wrong image of Men” because of the so-called damage it does to teenagers and our society? 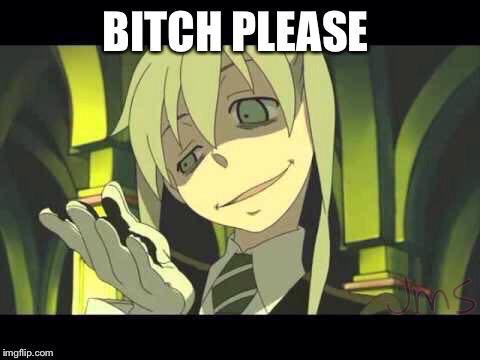 And that’s the problem I see on the internet. More so Twitter. Regardless of the community or not.

We deny objectifying characters of one gender, and then BASH people when it happens with another gender.

This is for God sake. They’re not being “dehumanized” or whatever clever word critics wanna use.

They’re not human for one, and characters are objects by definition.

The same logic can’t apply unless you’ve got your head in the clouds. Or you have a hidden agenda. 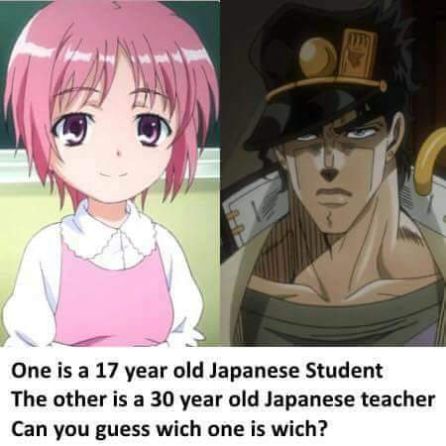 This meme is taken from Magical Index and Jojo’s Bizarre Adventure.

The girl on the left is a 30-year-old teacher in the series. With Jotaro in Jojo being 17 years old.

The humor of this meme makes my point loud and clear: anime characters can’t live by human principles. 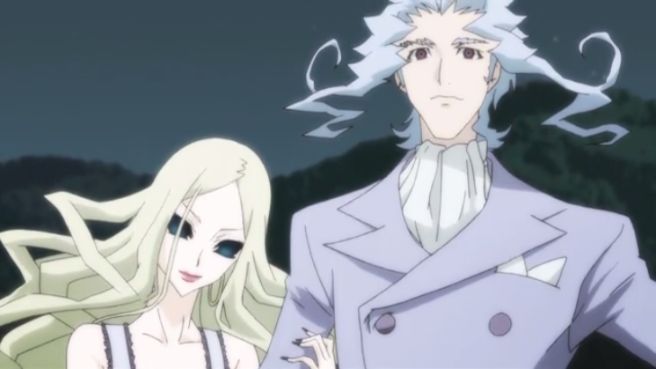 The same goes for real world principles as well, and the law of physics.

Just LOOK at the hair on these 2 characters. Zig zaggy, floating and somehow it remains airborne as if it’s being held in place.

This kinda of thing is impossible and it’s stupidly obvious. I shouldn’t even have to point it out.

Fiction is a world of its own, from western media to Japanese and beyond.

Harry Potter is no more real than Little Witch Academia. And that’s the beauty of it all.

The same with men in . The objectification of all men as grotesquely obese, children, or ripped 15 packs and bulging muscles.

Like I get that it can be a bit more of a problem with women (it seems even more unrealistic) it would be wise to bring up male stereotypes as well.

As this guy rightfully says – the same thing happens on both sides of the fence.

The only difference is the average man historically won’t b*tch about it, as if it’s a real world problem.

Anime is objectifying men. This is disgusting people… Us manlets will never look like this and its impossible for us. We should protest JOJOs and boycott anything Herohiko Iraqi has ever made. We can stop the objectification brothers… pic.twitter.com/GibpBw9u3w

This Tweet sarcastically elaborates on the point I just made. Imagine if we took it this far?

This really where we’re at pic.twitter.com/u1RxBodWgs

And as the title of this image says: “Society that sexualizes real minors mad that drawings not considered child p*rn in Japan”.

In case you don’t understand the point here – Americans sexualize REAL minors. Be it in the media or otherwise (look at the image).

To put it another way – some Americans objectify REAL women who happen to be minors.

This is just another example of the hypocrisy surrounding objectification.

You can read the article here: Source

Almost every argument can be destroyed in a heartbeat because none of it is grounded in facts.