Same face syndrome is when shows copy and paste faces from their earlier projects.

A good example is Kyoto Animation. As good as they are as a studio, they’re known to take faces from some of their earlier and throw them on top of newer .

And then make a few changes to give the “new” character a fresh look, with a fresh name and a fresh identity.

Except you can tell the face has similarities to others.

And it’s not just Kyoto Animation either. 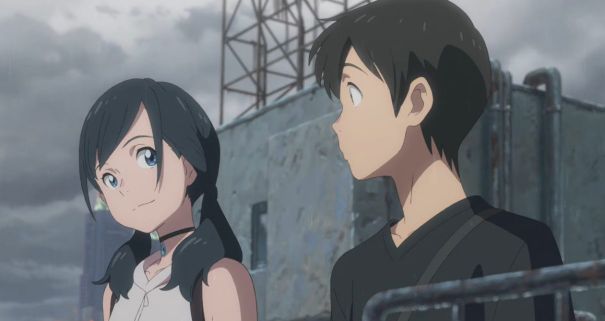 Weathering With You is a successful movie from the same creator as Your Name.

And despite the success of Weathering With You, it’s a rip off in one obvious aspect. The designs. 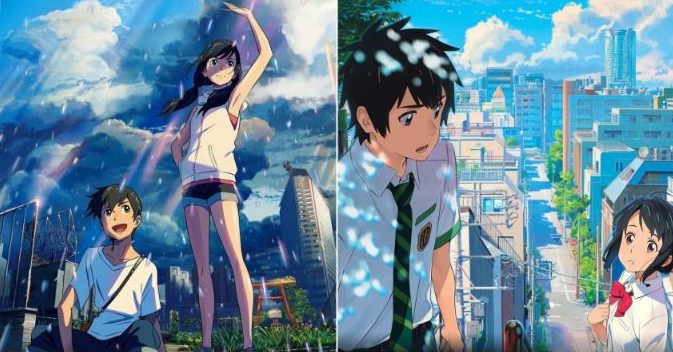 Nothing about the designs or art is original. It’s “same face syndrome” in every sense of the phrase. With a few subtleties to make it feel different.

Related: 14 Anime Quotes From “our Name” That Will Make You Nostalgic 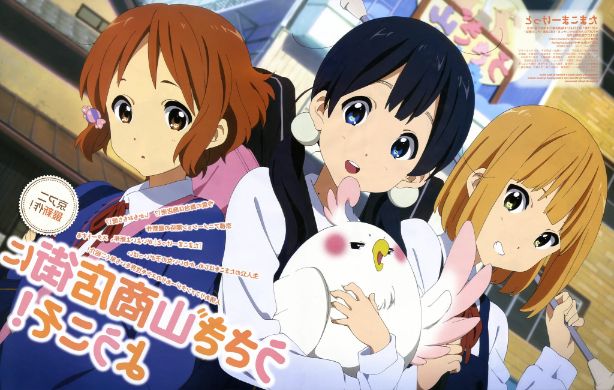 Tamako Market is another with same face syndrome. It’s made by Kyoto Animation and they have a habit of doing this in many of their projects.

Kyoto Animation surprisingly gets away with same face syndrome because it’s not always so painfully obvious. And they make some of the best in the business.

Tamako Market though can’t be denied when it comes to faces and designs.

Some of the characters faces are taken from K-On. The main characters of both series make it obvious when you pay attention. 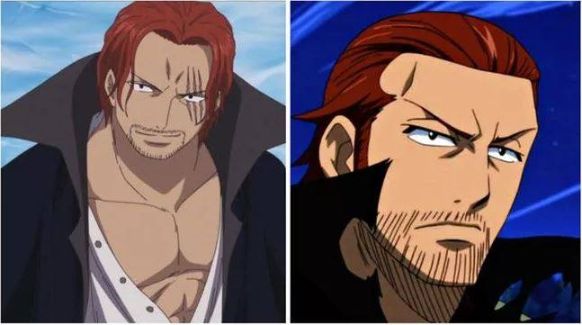 doesn’t suffer from same face syndrome as much as other on this list. But it’s still there none the less.

Characters like Gildarts from (right image) are obvious examples. He’s a duplicate in some ways of SHANKS from .

It’s not the first time it’s been pointed out either. 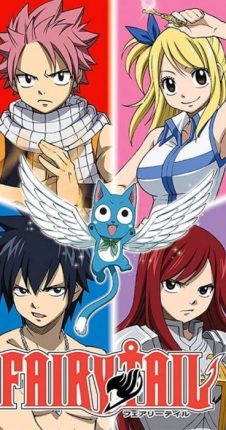 Even if you look at this cover of the main characters, if you were to swap out their hair or remove it, they’d look similar.

So it’s happening even within the itself.

Apart from this guy does pretty well with character designs. And has some of the best there is.

Blue Exorcist is another that only mildly suffers from same face syndrome.

The main character: Rin Okumura has a strikingly similar face to Gray Fullbuster from . But only in some ways. 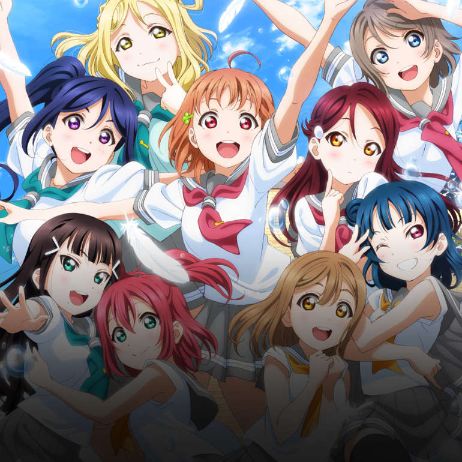 Love Live Sunshine is like a spin off to the original Love Live series. With its own set of characters, slightly different setting and other small details.

But it can’t be helped or ignored when it comes to the ’s designs.

Love Live Sunshine is almost a copy and paste of the original, with personalities of each characters standing out the most. Even though there’s still similarities with that.

Even when we compare the covers of both there’s obvious similarities. And the same is true for the main characters.

Both have similar hair, cheerful expressions and it drips down into their personalities as well.

Regardless of the obvious similarities – Love Live Sunshine has done well for itself.

Also – even Love Live School Idol Project has similar faces with its cast of characters. 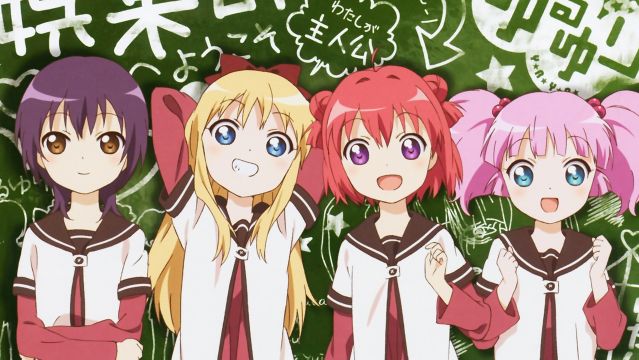 If you were to take away the obvious differences between the ’s cast of characters, you’d have boring designs with no individuality.

On the creators part this is a smart move because it saves time and . But if you’re OCD it’s pretty savage when you peel back the designs. 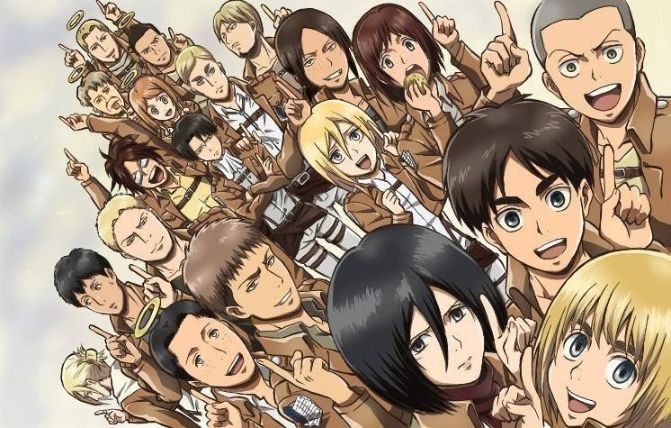 Attack On Titan is another surprising with same face syndrome. I say surprising because the characters LOOK good in this series.

The animation, the sharpness and quality is in a league of its own compare to a lot of .

But… if we’re talking about designs and faces, Attack On Titan sneakily reuses their designs for their own set of characters.

All you’ve gotta do is look close at the cast, cover up the hair and you’ll notice how much they all resemble each other. 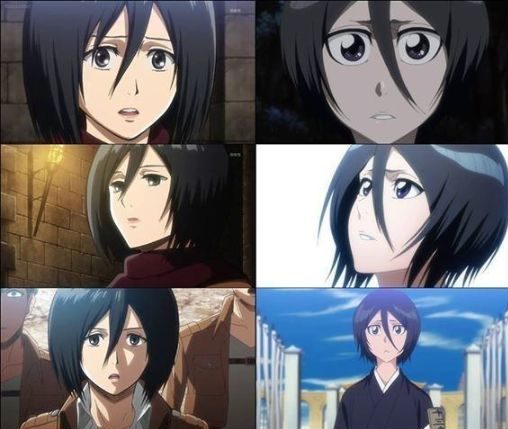 And if we wanna get more detailed, Mikasa Ackerman shares similarities from the original Rukia Kuchiki from Bleach.

The only difference is in shading, style, and other features that makes Mikasa Ackerman different. 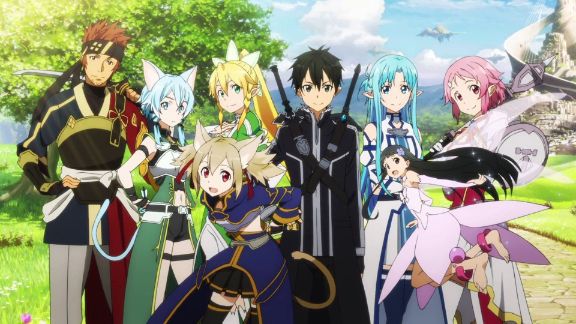 Yes, is one of those that slides into the same face syndrome category.

Take a close look at the main cast of characters. Don’t they look similar?

If it’s not obvious, try zooming into the characters faces, covering up their hair, and paying close attention to their eyes, mouth and what not.

It becomes clear that reuses designs in its own its characters, but uses , hair styles, colors and more to differentiate them. 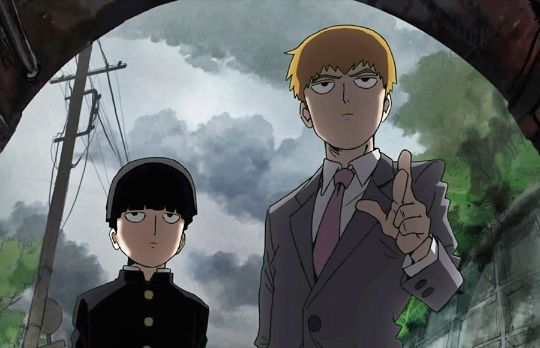 Mob Psycho 100 is an obvious choice and fans of the series know why I’m including it here.

The main character: Mob, or Shigeo Kageyama has obvious similarities to Saitama from One Punch Man.

This is more intentional than other comparisons because the One Punch Man artist ALSO worked on Mob Psycho 100.

The main difference is Mob’s mop head and black hair style. And other features the reveals down the line. 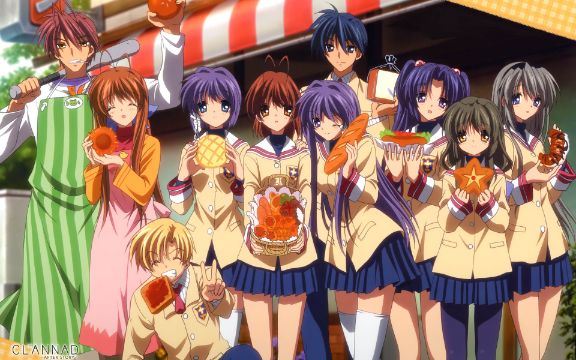 Believe it or not but Clannad got its designs from an called Kanon A Kyoani series released ONE YEAR before Clannad.

Both are of the same studio.

The girls, boys, men and women share design traits, expressions and other features. Each covered up and modified with hair colors, styles, height differences and .

Goes to show you a GREAT doesn’t need the most mind-blowing designs to do well. 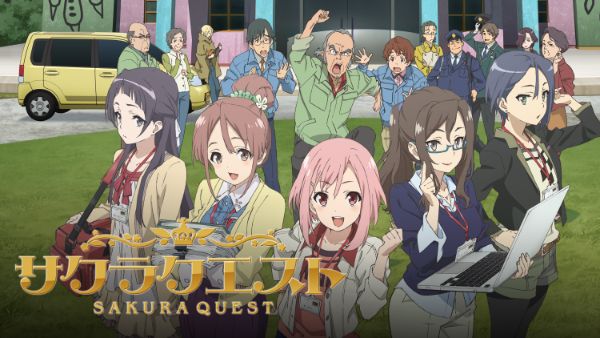 Sakura Quest is another that takes from its “earlier” works from the same studio, and uses those designs to make something new.

Even though the designs in Sakura Quest look “new”, they don’t look unique by any stretch of the imagination.

Here are some examples.

As you can see – the main character looks like Shirobako’s main character, but with pink hair, a different role, clothes and more.

This is made more obvious when you compare other characters from both series and put them together.

Both are from the same studio: P.A Works. 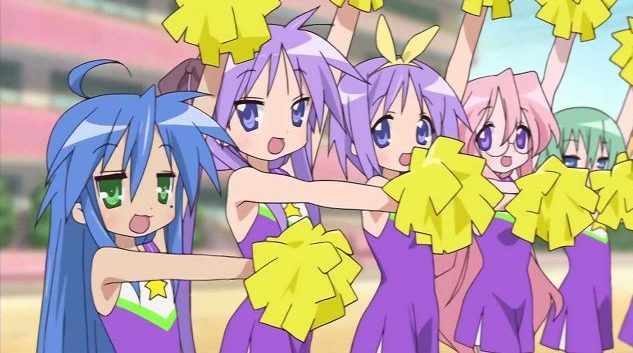 Lucky Star, also by Kyoto Animation takes advantage of same face syndrome to create plenty of characters. Some of who are memorable.

In this Kyoani uses slightly different design styles to what it usually pumps out.

They look different to other Kyoani shows.

But similar to shows like , Lucky Star has character designs within its own that are identical rather than similar.

The hair colors, styles and personality is what tricks you into ignoring it because it becomes irrelevant as you enjoy it. 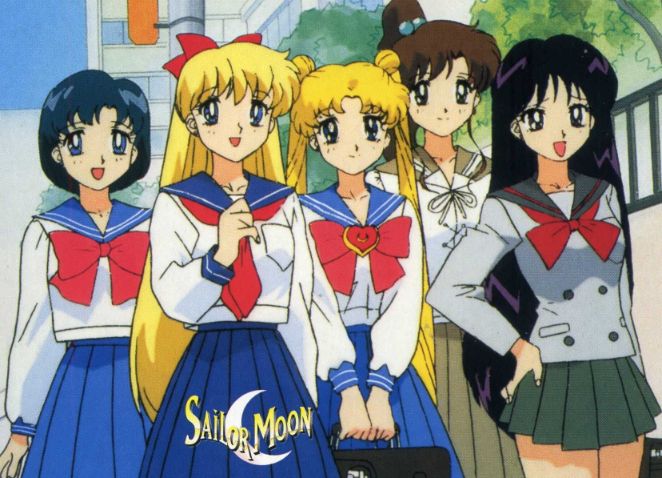 is the last I’ll mention on this list. There’s so many that do this.

This old school classic happens to be one that did it from the 90’s. And likely inspired the trend to some degree.

Usagi, Sailor Mars, Sailor Venus, Sailor Jupiter and the rest of the crew share similar eyes noses, faces and mouths. Even their body shapes are similar.

That didn’t stop the from doing well though. Just like tons of other shows.

As I already mentioned, same face syndrome isn’t a bad thing. And it doesn’t mean the artists, animators and creators are lazy.

In Studio Ghibli’s case or any other successful studio, it’s clear same face syndrome has no effect on sales, popularity or likability.

Can you name more with same face syndrome?

How Anime Has Radically Evolved In The Past 57+ Years