J.C Staff is a solid anime studio with years, decades of experience behind it.

Even though it’s not as big as something like Madhouse or Toei Animation, they’ve produced some of the best anime known to the community.

And anime along those lines. 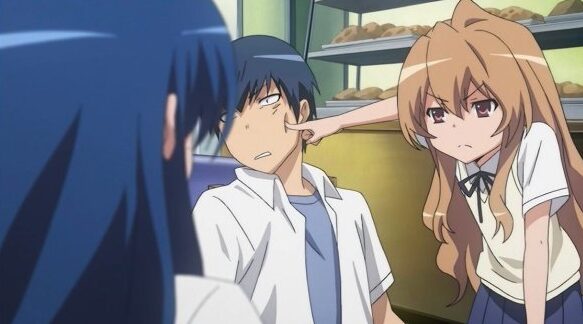 is the type of anime most fans know about. Especially if you’re a fan of romance or slice of life.

The anime doesn’t start out the best. There’s the cliché of the female character punching and kicking the male character for the f*ck of it.

Eventually though this anime starts to get serious, develop its plot, the characters, and things start to get deep.

The comedy picks up as well and it’s one of the funniest anime shows I’ve watched. And definitely one of J.C Staff’s best anime.

2. A Certain Scientific Railgun (or Index) 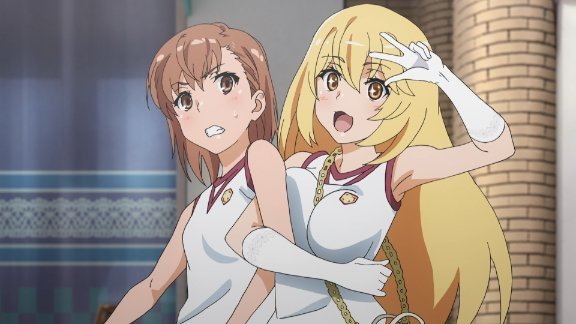 A Certain Magical Index is the original series, adapted from a . And then there’s the spin off version called A Certain Scientific Railgun.

The way Railgun is written, the characters, and the action itself is much better than Index.

Either way, both anime shows are one of J.C Staff’s best they’ve ever made. With a 3rd season airing right now in August 2020.

If you’re a fan of One Punch Man, . or MHA, Railgun is a good alternative with a focus on female characters. 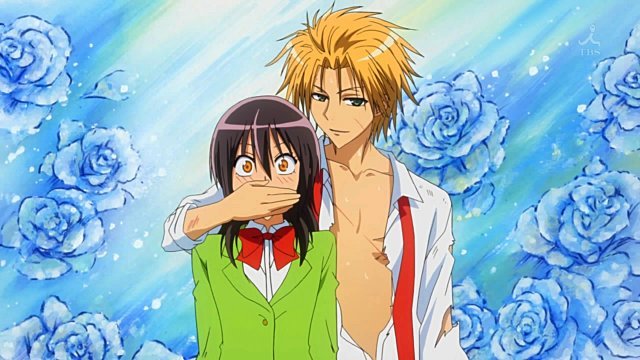 Maid Sama is one of the most famous Shoujo/romance shows ever made. With a dedicated fan base.The only issue is it doesn’t have a 2nd season after so many years.

The anime has a female protagonist and tells the story from her point of view, which is typical of Shoujo anime.

Another main character: Usui Takumi is the “love” interest of Misaki Ayuzawa, a student council president who works as a maid in secret.

Her reasoning is to help her mum pay off all the heavy debt left by their father who “ran” off and left them with his financial responsibilities.

That’s part of the reason why Misaki’s angry towards men. 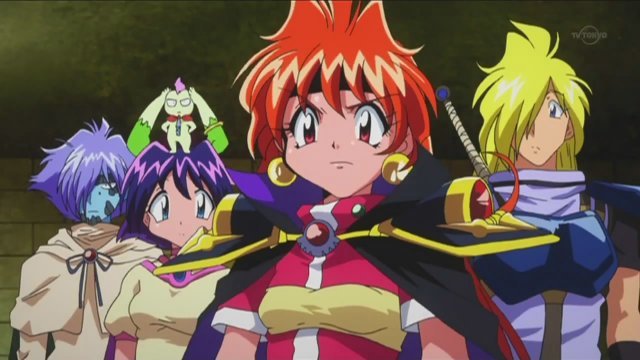 is originally by a different studio. That’s true for the first 3 seasons of , some of the best seasons it has.

Season 4 and 5 which are “newer” versions with renewed graphics and animation were made by J.C Staff.

The 4th season is also one of the best seasons of .

The main character is called Lina Inverse, a powerful mage who rivals universes like .

Other characters like Gourry, a swordsman, tags along as they journey around the world looking for treasure and coming across powerful opponents.

Food Wars is an anime you can’t replicate. It’s unique, different, and no other anime can claim to have CLOSE similarities to its style.

It’s like a Shonen but with food being the main focus of the series. Characters compete in food competitions to see who deserves the #1 spot.

With its blend of to literally “spice” up scenes and exaggerate the taste of delicious food, Food Wars is in a league of its own.

Animation quality is absolutely stunning as well, with solid comedy and life lessons along the way. 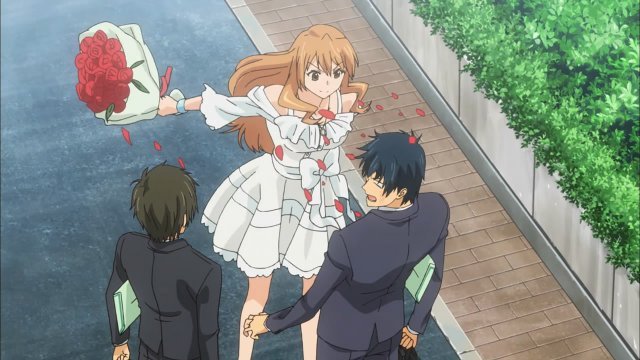 Golden Time is another romance series that’s top notch by J.C Staff. You can consider it “underrated” to some degree.

Kaga Kouko is the star of the show. The girl who’s outspoken, confident, relentless and packing tons of energy. The cliché “beauty” that everyone is stunned by.

Tada Banri is the guy who ends up getting along with Kaga Kouko, and where it leads is similar to with its “emotional” episodes down the line.

Tada isn’t my favorite protagonist, but the anime itself deserves some credit. 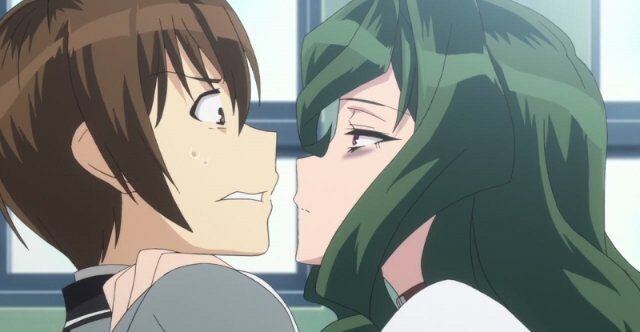 Shimoneta, or in English: A Boring World Where The Concept Of Dirty Jokes Doesn’t Exist.

This is an I can appreciate. I went in with low expectations and ended up getting hooked on the anime’s unconventional story.

Dirty jokes, a society full of SJW’S, being locked up for daring to say a “dirty” word, and the main character who fights against this new politically correct system…

Shimoneta is filthy and it does it without shame. And the anime ironically reflects some things happening within western society today.

Relevant: This Is Why Anime Will Never Be Politically Correct (Regardless Of Outrage Culture) 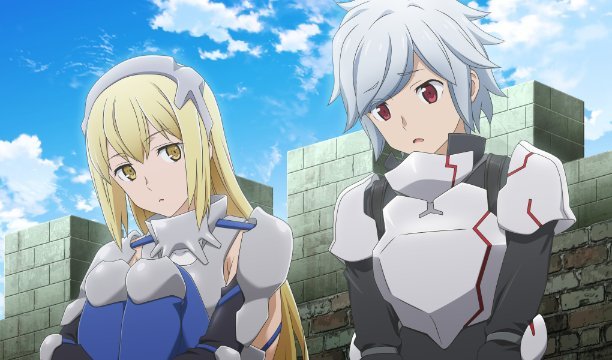 Danmachi is a supernatural series, comparable to something like , Konosuba, Maou Yuusha and other anime.

It’s about Bell Cranel. A white haired kid who’s taken in by a struggling Goddess. A Goddess other Goddesses make a mockery out of.

Bell is in a cave fighting monsters and a blonde haired girl saves his life. Her name is Ais Wallenstein. And she becomes his motivation to get stronger.

Again – not my favorite anime, but it deserves credit as far as J.C Staff anime goes. 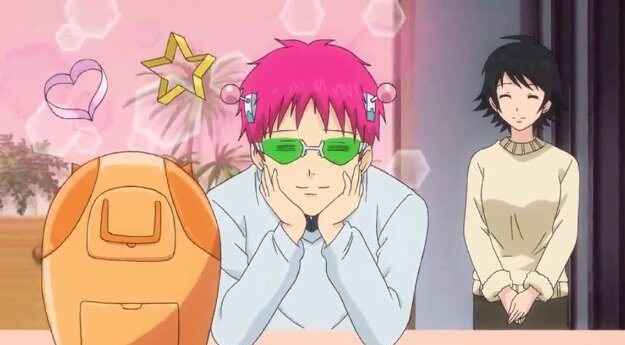 The Disastrous Life Of Saiki K is my favorite J.C Staff series. It’s a masterpiece in my eyes.

Kusuo Saiki (the main character) has psychic powers, and has since birth. He’s so powerful he wears a device to restrain and limit his power.

All he wants to do is live his life without being bothered by anyone, a typical introvert. But being the unique guy he is – that’s not possible.

This anime takes the piss out of fan service, and other clichés you see in other anime. And then turns it into a work of art.

It’s all done without lowering its standards in an attempt to be funny. 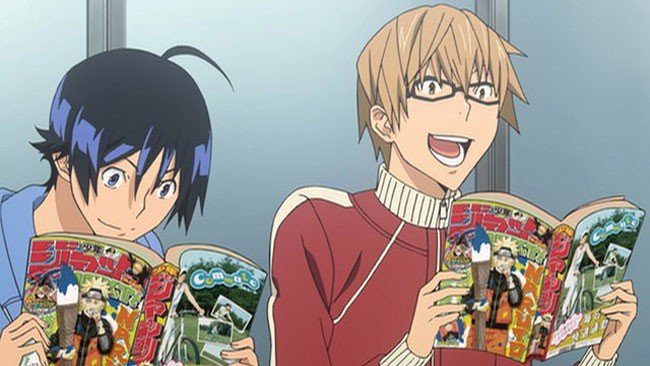 Bakuman is an anime about mangaka’s. Similar to New Game, it tells a story from a creators point of view within the industry.

, how is created, the work ethic, the dream, and working towards your goals to make for a living. This is what you can expect to see out of Bakuman.

It’s a motivational anime series with tons of life lessons and wisdom you can pick up from it… Even if you yourself have no intentions to become a Mangaka. 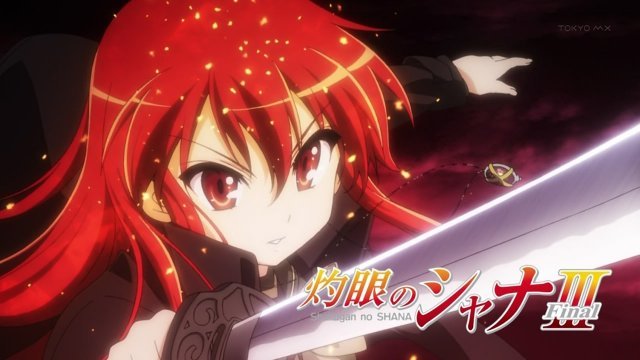 is a classic from the 2000’s in a universe full of crimson denizens (demons), crimson lords, flame haze who fight against demons and the living world (humans).

Within the human world, whenever demons “eat” humans, they become torches. Shells of the person’s existence that eventually burns out.

Shana, the main character, is a flame haze who’s job is to stop that from happening to prevent it from disrupting the world’s balance.

One thing that stands out about this anime is the characters, the abilities, powers, and how the universe works within the anime.

It needs a remake! 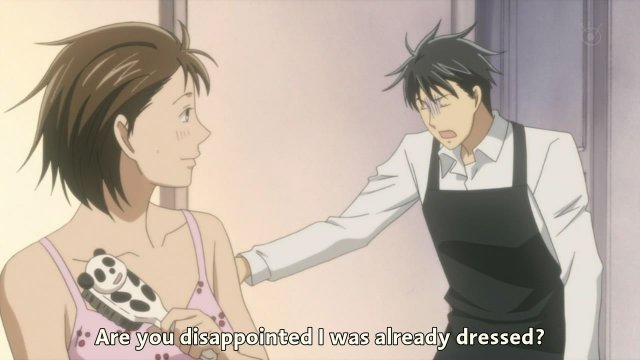 Nodame Cantabile is an anime series similar to Maid Sama, except in this case it’s a Josei/ drama type of series.

College students Chiaki and Megumi are musicians. Megumi plays the piano, an instrument she has unbelievable talent with. She’s awful with other instruments.

Chiaki can play the violin, piano, and other instruments. But he excels at running an orchestra.

Both of these characters eventually fall for each other, with Chiaki being the male Tsundere of the show.

Good thing about this anime is the characters are older than your usual series, and the designs are more “Asian” than other anime. 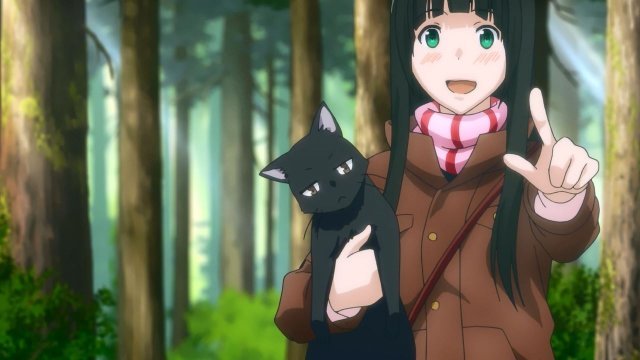 Flying Witch is a pure slice of life series with a touch of magic and the supernatural to complement it.

Each episode is toned down to an almost realistic snapshot of the real world. You don’t get any exaggerated comedy or anything dramatic like your average anime.

Makoto Kowata, the main character, is a witch in training who’s living in the countryside with family. So most of the episodes centre around that and the rural environment.

You can compare it to something like Non Non Biyori, but with less kids as main characters.

11 Of The Greatest Studio Deen Anime Worth Watching

This Is What Makes Kyoto Animation DIFFERENT To Other Anime Studios!