Anime companies and fans are speaking up against injustice. And are in full support of the #blacklivesmatter movement.

A movement that stems from the murder of George Floyd, but in reality started from the countless murders of black people (and racism) in the USA.

This outcry has spread worldwide for a few reasons:

It’s only natural I’d get involved. I’ve spoken many times about racism, whether it’s in the anime community or not.

And even though not all anime related companies are speaking up, some are.

I’ll focus on those. That’s all that matters. 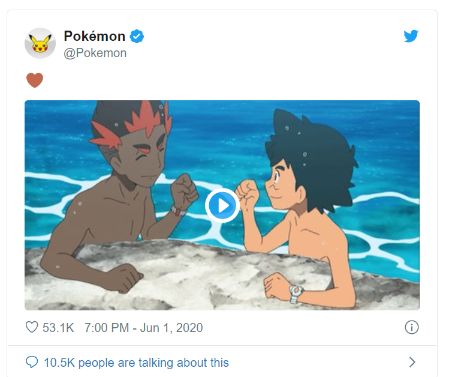 The Pokemon Company was one of the first to speak up against racism.

They posted this on June 1st, 2020. Fans appreciated this in more ways than they can express.

As usual a minority of comments tried to ruin the vibes, but that’s irrelevant and doesn’t take away from the message and positivity.

also tweeted out their support of the #backlivesmatter movement.

They’re one of the few platforms with a voice to even say anything.

💚 Tomorrow All ages of geek will be taking place in the Tuesday Blackout in solidarity with #BlackLivesMatter We will not be posting any new content to the Website, Patreon or Youtube.

All Ages Of Geek, a partner of Motivation is also showing their support on Twitter.

They’re a company dedicated to the geek community, including video and .

They left an important message that’s undeniable for anyone whose part of the community.

Here’s what it says: 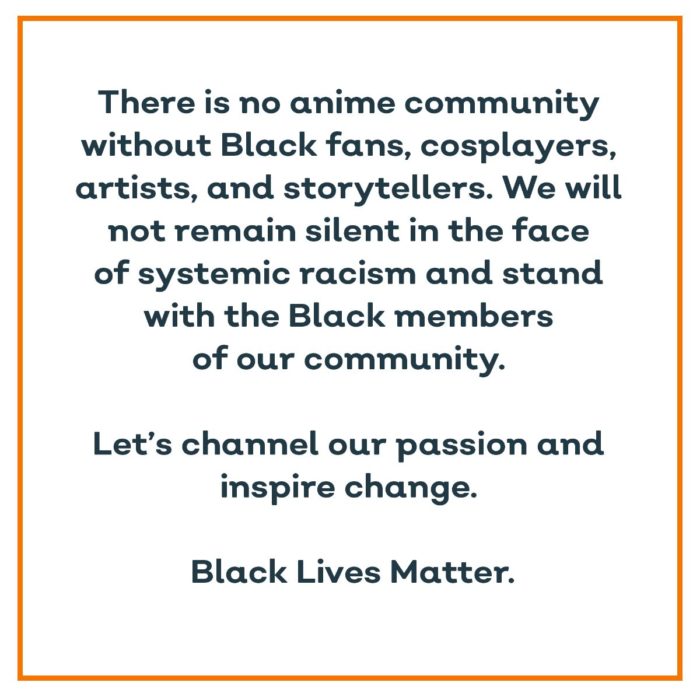 Black Lives Matter. We’re the people behind Anime NYC, Anime Frontier, Awesome Con, and Rose City Comic Con. We strive to build welcoming conventions, and we stand with the Black members of our communities against racism and injustice. We stand with Black fans, Black cosplayers, Black artists, and Black creators. Today we donated $10,000 to the NAACP. Starting tomorrow we will rededicate our focus on inclusivity at our own events and advocacy for more diverse guests, panels, and artists across the convention world. We encourage you to raise your voice as well, peacefully press for change, and donate if you can. If you are able to donate, we encourage donations to… NAACP – naacp.org, Black Lives Matter – blacklivesmatter.com, George Floyd Memorial Fund – gofundme.com/f/georgefloyd, Know Your Rights Camp – knowyourrightscamp.com, ACLU – aclu.org #blacklivesmatter

NYC is a big convention that cancelled because of COVID-19 this year. Along with many others.

They’re also the people behind:

And they’ve donated to the NAACP. An organization dedicated to causes like this.

Not all companies have spoken, and that’s not necessarily a bad thing. Depending on their intent.

Anime YouTubers are a group who’ve stayed the most silent of anybody. And again – it comes down to their intent.

Same thing for the companies who spoke.

Don’t get it twisted though. I’m not gonna act like there aren’t any who are doing it for good PR. Or staying silent because they don’t give a F.

That’s not the point here, though.

The point is to speak up against what’s wrong and put feelings aside. Especially in the community.