Typical of , media, films, and everything in between is the fact many villains can be:

And in a word – attractive despite the characters being:

Or anything along those lines. This is especially true for .

Female characters regardless of whether they’re villains or hero’s or just regular characters lean to the beautiful, attractive, gorgeous scale of things.

Let’s focus on the female villains in this case. 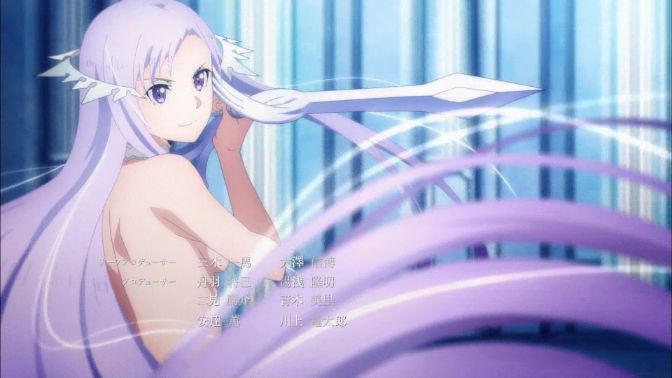 Quinella is the main villain in the Sword Art Online: Alicization series. Which is the 3rd season of . And she only shows up later into the but is a major villain.

She’s called “administrator” before the name Quinella is revealed.

Quinella has purple hair, and is usually naked with her bits of hair covering her up to be playful with her fanservice if you can call it that.

Of all the villains in , she’s one of the genuine villains who are female.

Related: 21+ Of The Best Anime Characters With Purple Eyes 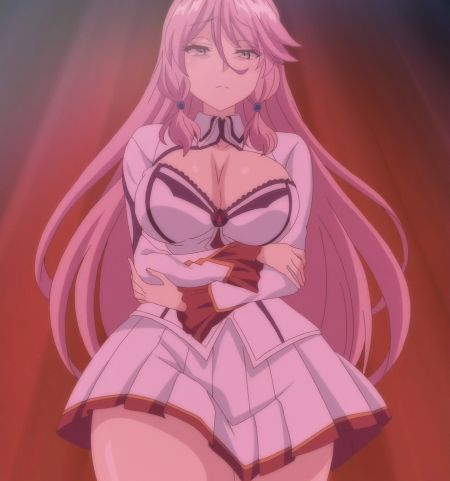 Flare Jioral is one of the princesses of the Jioral Kingdom, a kingdom that on the surface is all about peace and helping its citizens from demons and the demon lord.

In reality the Jioral Kingdom are savages who use politics and violence to get what they want, and they’re colonizers who enslave and steal from others on a regular basis.

Flare is a big part of this ongoing operation and corruption, and she’s the one responsible for making Keyaru, a teenager at the time lose his mind and seek out revenge after she gets him r*ped, drugged, and enslaves him.

Her beauty is a weapon and she’s not afraid to use it. 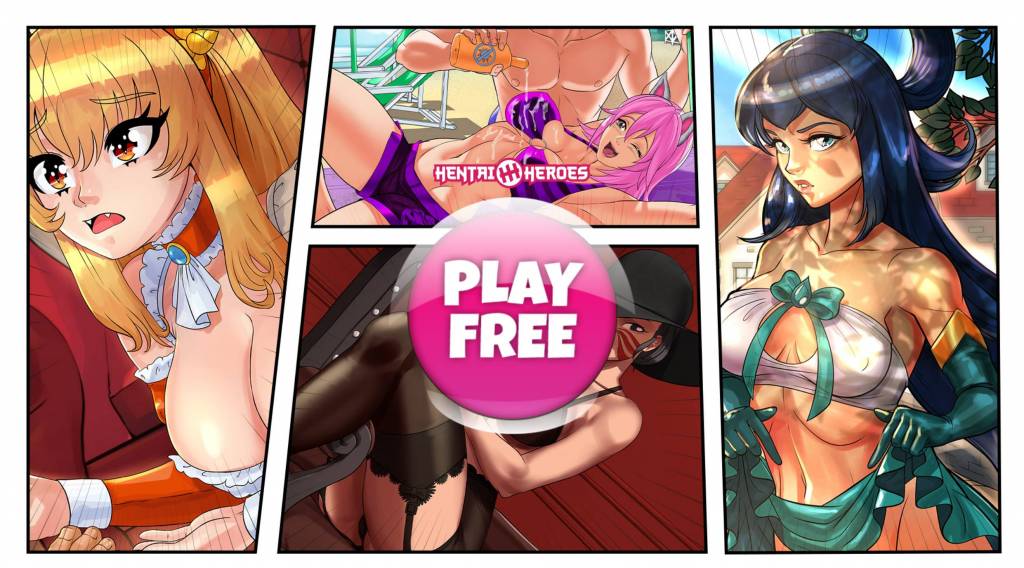 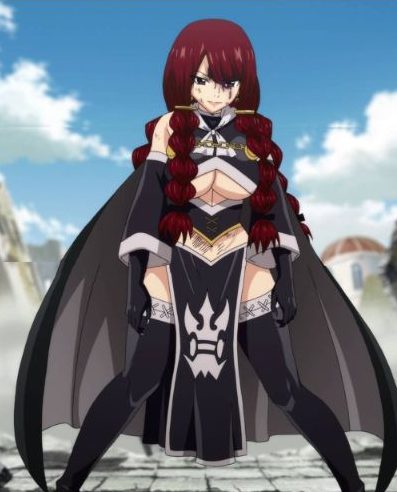 Irene Belserion is the mother of Scarlet (spoiler). She’s also a dragon but in human form. She’s lived for 100’s of years because of this fact.

Just like Irene has red hair and striking features. Her and ‘s resemblance is impeccable and undeniable. From head to toe they’re almost one in the same.

The main difference is Irene has become a bit of a savage because she’s mad at the world for what it did to her, even though her pain and backstory is understandable.

She’s one of the hottest villains out there.

Hibana, or “princess” Hibana as she’s called is one of the earliest villains in the franchise…. Before they change her role in the .

Growing up in the church just like her friend Iris Hibana has a certain view of the world, but in her case she’s mad at the world in relation to a past incident.

Hibana is fairly tall, gorgeous, a underutilized character in the universe and usually carries a Chinese fan with her. She’s feminine but has an air of dominance and authority to her character. 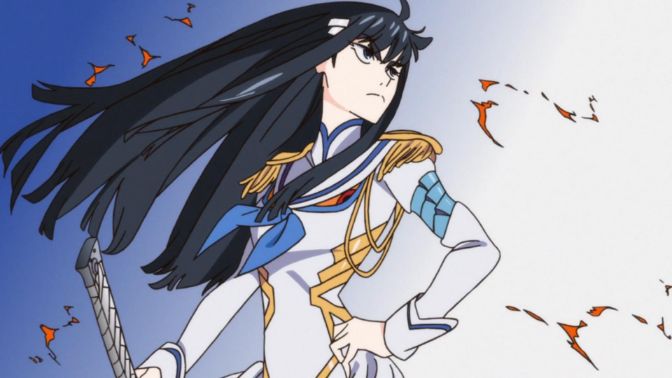 Satsuki Kiryuin is the main villain in for a good while. The starts with , a girl wielding a scissor blade who’s on the hunt for her fathers killer.

She ends up at Honnouji Academy and finds Satsuki there, who’s pedestalized ad surrounded by bodyguards making it impossible to get to her.

Satsuki rules Honnouji Academy with an iron fist and is intense with the way she handles and deals with people. She’s not one to joke around, be sarcastic, or laugh much if at all.

She’s the face of the school. 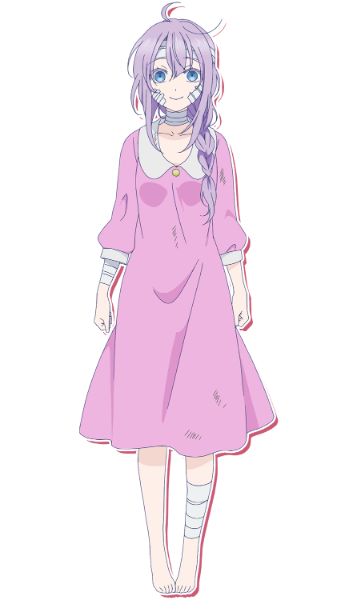 Satou’s Aunt is a major villain in the Happy Sugar Life series. She shows up a little later in the and is assumed to be dead in the beginning.

She wears bandages on various parts of her body, has a creepy, sinister, Yandere style smile. And is an attractive woman when all is said and done.

Satou’s Aunt can read people quite easily, almost seeing and peeking right into a person’s soul, and is able to yank out a person’s true desires and feelings so they’re visible on the surface.

This is what makes her curious and creepy at the same time. She also has a strange definition of “love” and what it means. 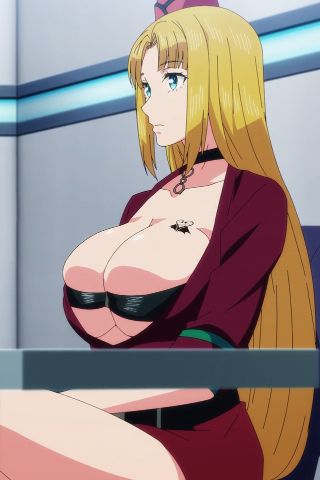 Chloe Mansfield is a textbook feminist, but in reality it’s more accurate to say she’s a misandrist since that’s what’s implied by the term.

She has one goal in mind: to eradicate men and make the world full of ONLY women if not dominated by women predominantly. She’s visceral and hardcore about this goal and intention.

While she appears to be a dumb blonde with big tiddies who only cares for sex, in reality she’s smart, dangerous, and good at manipulating others and tricking people by acting the opposite of how she really feels.

Relevant: 18+ Feminist Anime Characters Who Don’t Have A Gender Bias 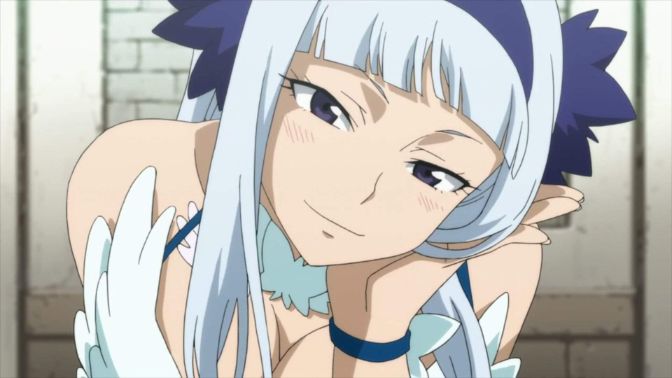 Sorano, also called “angel” is one of the early villains of the series. She works with the Oracion Seis, a dark guild with 6 mages including herself.

Trye to her nickname she can summon angels as part of her power in different varieties and for different situations.

Even down to her style of and attire, Sorano looks like an angel and has feathers for a bra/clothing that covers her boobs. And that’s true for her upper body in general matching her blue/white hair. 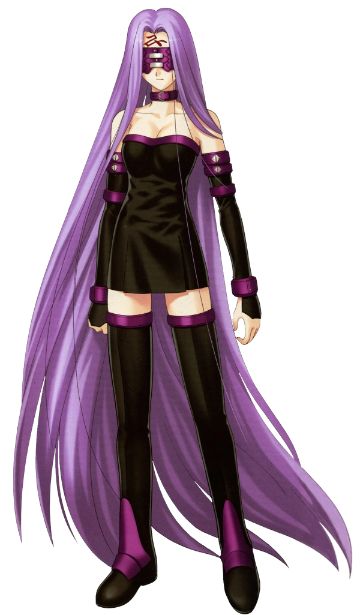 Rider from Fate Stay Night is a lot different to the one in the Fate Zero series, one reason being Rider in FTN is a woman.

Her signature color is purple. She even has long purple hair and always wears a blindfold of sorts, never revealing her eyes. And chains are a part of her powers and abilities.

She serves as one of the villains in Fate Stay Night, and the only female villain worth mentioning since the rest aren’t villains at all (Saber, etc). 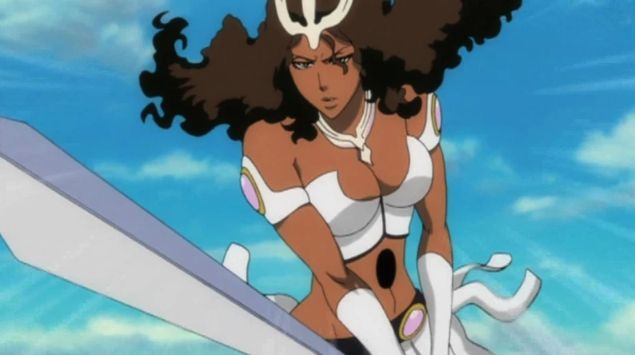 She’s an Arrancar with 2 other “sisters” who she’s able to merge with to create the demon called Ayon, which was enough to tear out Rangiku’s flesh with one swipe.

Mila Rose and her sister-arrancars caused a lot of problems during the arrancar arc and were definitely one of the most villains aside from the MAIN villains in Bleach.

Related: 16+ Of The BEST Black Female Anime Characters You Should Know 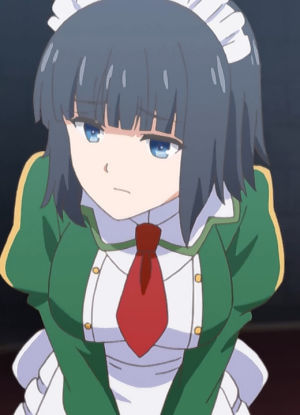 Eleanor Charlet from Rokudenashi is an attractive woman who appears to be a maid with a green/white uniform. She smiles, has “nice” facial expressions, and treats people with respect.

In reality she’s a major villain in the Rokudenashi series who’s able to summon the undead, regenerate from any wounds, and has a masochistic personality if she’s attracted to the right guy.

She works for Researches Of Divine Wisdom, a cult hell bent on terrorism in the capital. 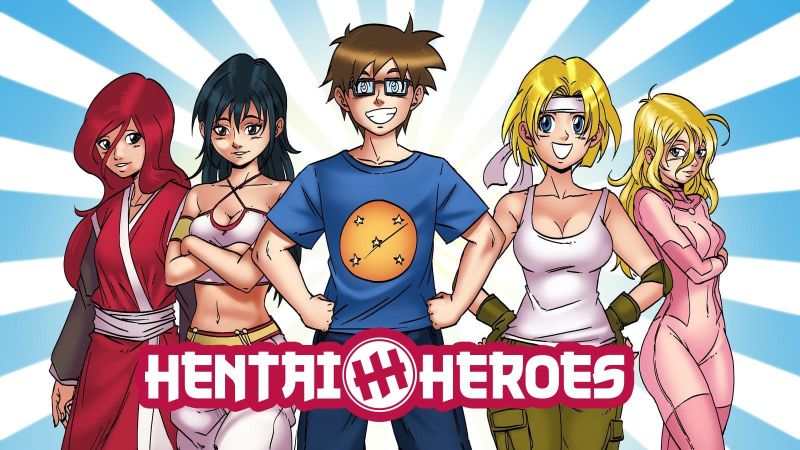 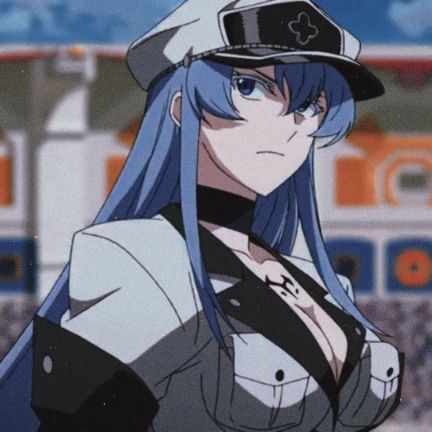 Esdeath is probably one of the first female villains people think about when this topic comes up. She’s beautiful, attractive, strong, and dangerous. She’s a sadist.

She has a lust for war and constantly seeks out stronger people to challenge and satisfy her desire for fighting and killing. She’s also responsible for wiping out an army and country of over 100,000 people.

Being a fighter herself with dangerous ice magic of sorts, she’s able to have any man she wants and almost no man can resist without risking their own life. 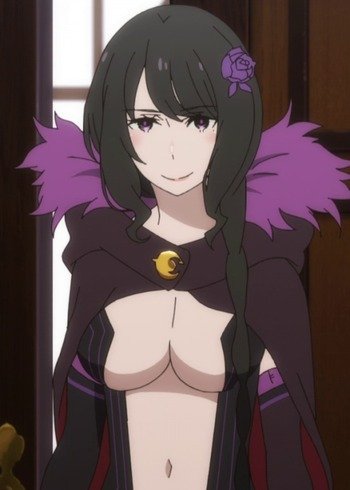 Elsa is the first and main villain of the Re:Zero franchise. She shows up as early as episode 1, but isn’t revealed properly until the 2nd/3rd episode of season 1.

She’s an assassin. Her favorite method of killing is to slice open the bellies/stomachs of her victims, giving her the name “bowel hunter”.

Big breasts, a banging body, sadism that will shock people to the core, and enough evil to make demons seem like saints…. Elsa is on another level as far as female villains go.

Relevant: 12 Of The Most Sadistic Anime Characters Ever Created 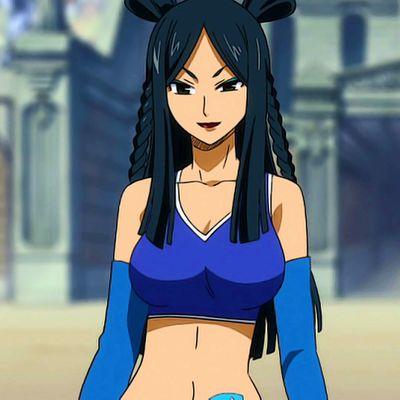 Minerva is a name taken from the Greek Goddess of war from mythology. And in the , Minerva herself resembles these traits. Even her skin tone can be considered Greek or Egyptian.

She’s raised by a savage father so it’s no surprise.

She’s the strongest member of the Sabretooth guild, a guild that could almost be considered a “dark guild” based on their principles and how the leaders treat their members like dirt.

This upbringings toughens up Minerva and makes her outwardly violent, savage, seemingly sadistic, and unnecessarily brutal. And that’s why she’s a villain for a good portion of the .

She does get her redemption in the end. 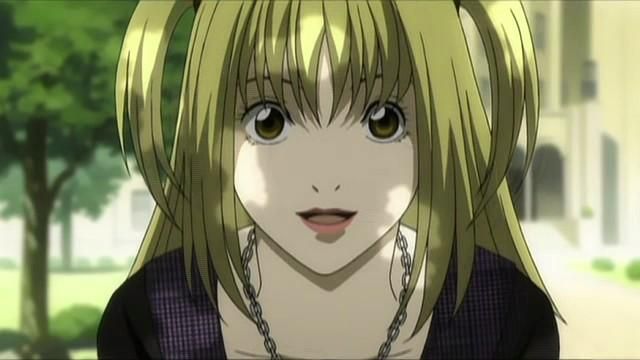 Misa Amane is Light Yagami’s sidekick, or “Kira’s” sidekick. She shows up a little later in and shakes up the plot with her involvement and antics.

She’s blonde, gorgeous, a model, an actress, and she’s in love with Kira. That’s why after she meets him she’s willing to do whatever he tells her to do, and he plays the role well.

Even though Misa is partly a villain, this is mostly driven by her naivety and love for Kira, as opposed to Misa herself wanting to kill people for her own reasons. 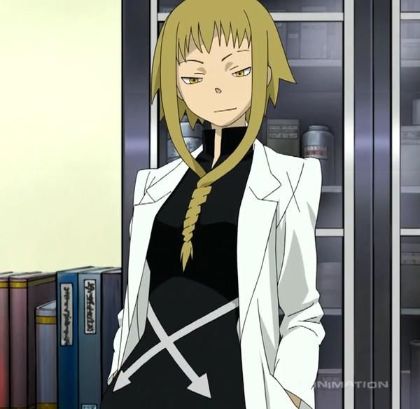 Medusa Gorgon, aka Medusa The Witch is a major antagonist and villain in the Soul Eater series. She’s sadistic to the core, twisted in the head, a master manipulator, and extremely intelligent.

She’s nothing like your average female villain in the slightest. She’s in her own league.

Medusa is also an attractive, sexy woman when she’s in her disguise and not killing, murdering, or enslaving people with her magic.

She’s too calculated to be caught off guard and she’s the type of person who can die with a sinister smile without any f*cks given at all.

Jessie from Pokemon is worth a mention. She’s one of the most famous villains of all time. But definitely not even close to being the most violent if at all.

She’s part of Team Rocket including James and Meowth the talking cat. She’s a bit arrogant and full of herself, vain in some ways, and doesn’t like it when she shoe is on the other foot.

Jessie is determined and puts a lot of work into her looks and doesn’t give up easily even though she’s a bit of a parody character.

She’s a major villain in the Tartaros arc of , considered one of the best arcs in the franchise. She comes straight from the book of Zeref and is one of 9 demons of Tartaros.

Seliah is a demon with abilities, one of which she calls” macro power”. This allows her to control anyone she wants as long as they’re demons or have some demon blood inside of them.

This means she could destroy many characters including those in the and others since the ability isn’t limited by the strength of the demon.

She’s a stunning character besides her views on the world and how she treats people like objects. 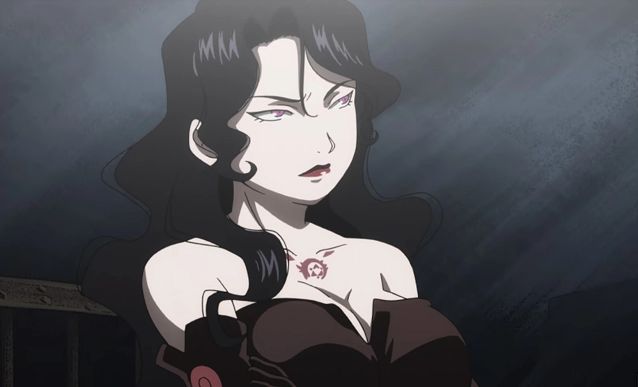 Lust from is the final hot female villain we’ll mention here. She dresses to impress and everything about this woman on the surface is gorgeous and stunning.

She’s graceful with the way she carries herself, communicates, and talks. She could lure many people in with just her words, demeanor, and attraction alone.

She is of course a dangerous person and one of the many villains in the FMA series.

Recommended: Is Ecchi Anime REALLY That Bad? Let’s Talk About It