SJW’S are an ongoing topic in the industry. Though it’s more accurate to say in the WEST.

This isn’t even a topic otherwise. Japan doesn’t give a F, Europe never complains about it, South America and other countries never outrage about either.

Australia is pretty bad for it though.

The USA exaggerates and blows up non-issues through Twitter and certain media outlets follow their lead out of fear. Because they’re loud.

Is it crazy that I don’t want to become mainstream. The amount of stupid shit I would see regularly and ppl inserting their sjw politics and drama to it will be so f*cking annoying.

Feminists and anyone who bows down to double standards plays a role in the drama.

Given the USA has influence, it’s not surprising.

The question though is why? Let’s talk about it.

1. They’re used to telling people what to do (without consequence)

Charlies Angels, a reboot was made by Hollywood. And the fill obviously fell flat on its face, DESPITE pandering to feminists and the loud minority of SJW’S.

You know, the same people who care more about agenda’s than the art itself.

Hollywood took this approach because they’re sh*t-scared of angering the Twitter mob who attacks anything that doesn’t fit their world view.

This has become the norm with Hollywood and US films. 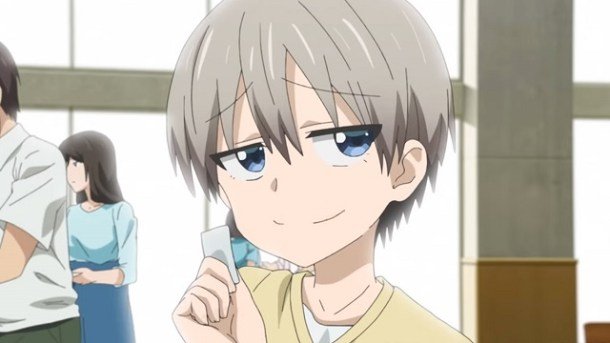 The same thing doesn’t happen with , and SJW’S hate it.

For the first time in their lives, radical feminists and SJW’S have no control over something. That something being and its content.

Put another way: they’ve realized is a medium where they have NO power.

SJW’S in the USA have no power to do any of that. And it’s driving them crazy.

This frustration and failure shows itself on a yearly basis.

Uzaki Chan being one of the latest examples of “outrage” having no effect on , the industry, or the politics they’re used to forcing onto other people. 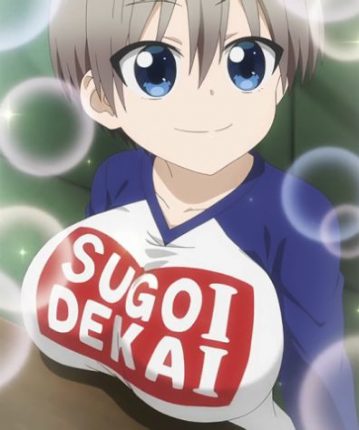 Hana Uzaki is one of those characters. Feminists (not the real kind) who scream and shout on Twitter are afraid of girls.

They project their insecurities onto these fictional characters, and base their self image on how they’re designed.

And every other criticism the community is familiar with.

It all starts from a place of insecurity and putting these characters on a pedestal (despite their fictional aspects).

I really hate the greater scope of the argument behind the Uzaki nonsense because it’s based in personal insecurity, and people who are insecure about their appearance projecting their body issues into it and pretending it’s about “pedophilia.”

The problem with this mentality is – no matter what you say or how much you project, your problem never goes away.

To deal with insecurities you have to face the facts and look yourself in the mirror. And most of all – accept yourself for who you are.

Using girls as some sort of “beauty” standard and being threatened by that is irrational. And it’s the source of ‘s hatred, more so from women who outrage about anime.

3. has a lot of female characters

They hate to see it.

In other forms of media the distribution between genders is worlds apart. In , there’s TONS of female characters.

That’s in spite of the fact is catered to male fans, predominantly.

If anything – female characters (and women) are celebrated in . But SJW’S see it a different way.

Like Hizashi Yamada says in the video, “fan service”. It’s an element uses sometimes. And when it does, they go all out.

never holds back when it’s time for some fan service and to show some skin (men or women).

But in entertainment and media, women are a lot more sensitive to what’s being portrayed in a TV show.

outrage and controversy in general is 99% of women getting angry, claiming female fan service is misogyny and all other kinds of nonsense born out of the USA.

But when the shoes on the other foot (like with Johnny Depp’s situation), everyone goes quiet. 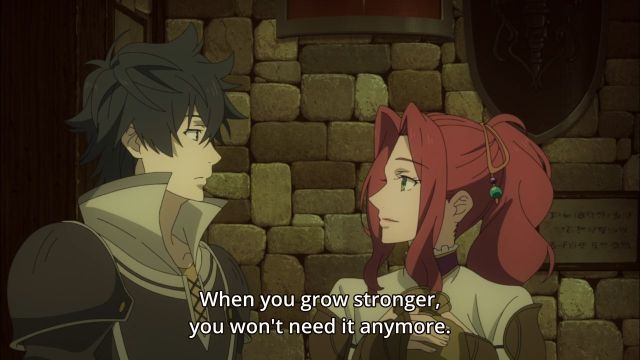 We seen this with .

Myne, with red hair, puts on a front in the beginning of the . Naofumi (black hair) is roped into her psychotic scheme.

She falsely accuses him of rape, and just like in real life, everyone blindly trusts the woman’s word WITHOUT proof.

Naofumi is treated as “guilty until proven innocent”.

I know I called the whole anitwitter having woke takes over shield hero thing but I didn’t expect it to be “The guy who was deceived and falsely accused of rape is actually the bad guy and deserved it” levels of woke.

A few websites and especially people on Twitter went as far to say Naofumi is at fault and he’s the bad guy… Despite being the victim.

The reason for the backlash is because in the real world – there’s a real issue with Men being falsely accused of rape and sexual assault.

Often, especially in the USA, Men are treated as guilty until proven innocent.

Women are treated as innocent until proven guilty. As if there’s an inherent difference based on gender that makes one good and the other evil.

smashes that double standard and highlights truths from both sides of the fence. And that’s why SJW’S and radical feminists hate since it represents truths as opposed to agenda’s.

And in general – isn’t a medium that tries to divide genders and cause gender wars for selfish, toxic reasons like the USA seems to have a big issue with.

5. is popular with Men 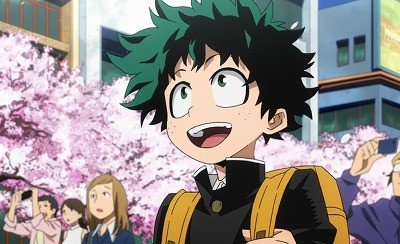 If there’s one reason to remember, it’s this one. is popular with men and teenage boys (where it starts).

has always had a strong male audience.

Here at Motivation the demographics is:

To make my point all you’ve gotta do is look at the video industry. An industry with a predominantly male audience.

SJW’S and the loud minority complain about video because Men love it.

If we get deep, in relationships, the most toxic women hate Men playing because it takes attention away from themselves.

It’s the same thing in general. The more insecure you are, the more you’ll blame something because it draws attention away from yourself.

That’s why #gamergate and in general have been under attack in the last decade. Mostly from feminists who aren’t even gamers and don’t care about video .

And of course – men who “white knight” because they’re so afraid to speak up.

in the last decade or two has become that kind of medium. And it’s killing it.

Even though is still considered weird and there’s still stereotypes about it, you can’t escape its popularity anymore.

It goes without saying that medium’s or industries catered to women have little outrage from men.

When was the last time you seen guys outraging or stirring up controversy over businesses, or entertainment that’s catered to women?

It never happens. Men don’t give a F. It’s not that serious.

Women mostly don’t care either, but the SJW type cares deeply about it. To the point of it being toxic and suffocating.

THAT is why SJW’S hate . And why fans are sick and tired of the so called controversies.

It’s all for nothing though, because cancel culture is on its way out the door as far as goes.

Anime Gender Equality – Is This REALLY An Issue?

This Is Why Anime Is Politically Incorrect