Lone Wolf’s are the most independent characters you’ll come across. Because they don’t need help, or to “rely” on others to live their lives.

And they especially don’t need other people to feel happy, secure or “good” about their lives or where they’re headed.

But that doesn’t mean lone wolf’s don’t associate with others. Or they don’t have “friends.”

It’s how they live life that makes them lone wolf’s, and that’s what I’ll highlight in this post.

Let’s get right to it.

15 Of The Best Lone Wolf Characters: 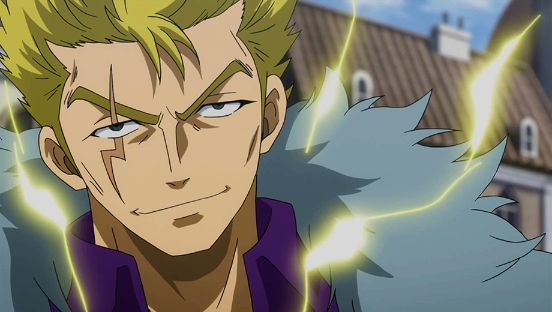 Laxus doesn’t care about “small talk” and being around people 24/7. He’s the kinda guy who’s fine by himself, doing his own thing and living life on his terms.

That’s not to say he doesn’t have a heart, interest in others or he can’t interact with people. In fact – he’s one of the most confident characters in .

But… he’s too independent to rely on others, and doesn’t need anyone telling him what to do.

He’s proactive and works well by himself. 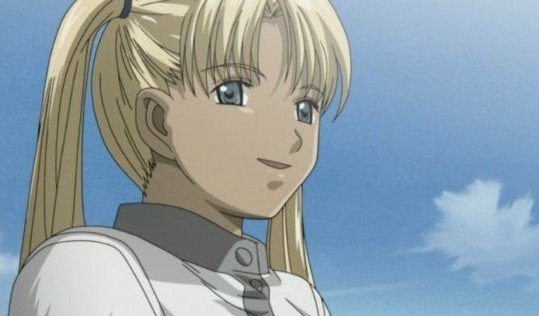 Triela’s surprising, because you wouldn’t call her a “lone wolf” at first glance.

She plays the big sister role for most characters in Gunslinger Girl. She’s and grown up for her age, after all.

But underneath that – she’s the lone-wolf type. Who’s independent and doesn’t need anyone around her to get things done, feel comfortable or live her life in a way that makes her happy.

And even if Triela didn’t have others around to call on or “mentor”, she’d get along just fine. Because she’s comfortable in her own skin and isn’t needy.

Sesshomaru is a real demon lord, meaning he’s  and few characters are on par with his strength.

You could say this is the reason he’s a lone wolf and chooses to walk his own path, searching for strong opponents to fight. But really – he’s just independent and likes to do things by himself.

That’s what drives the lone wolf in Sesshomaru, though that does change a little along the way. 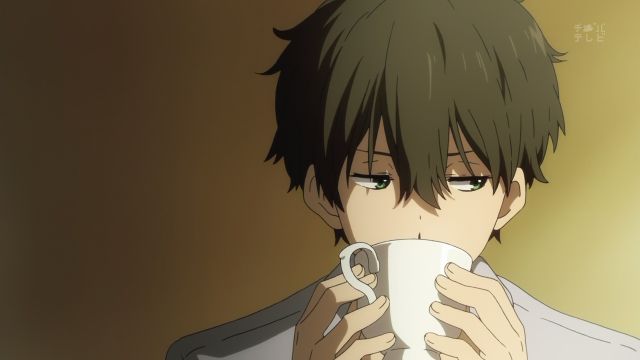 Houtarou Oreki is a classic who’d rather stay at home and read books. Or socialize as little as possible to conserve his energy, and spend it on something more productive.

He’s a smart guy and intelligent. And even though he’s a lone wolf – that’s not to say he doesn’t depend on others.

He knows how to navigate the world, deal with people and even communicate in a way that will impress. Because Houtarou’s so observant and listens more than he talks. 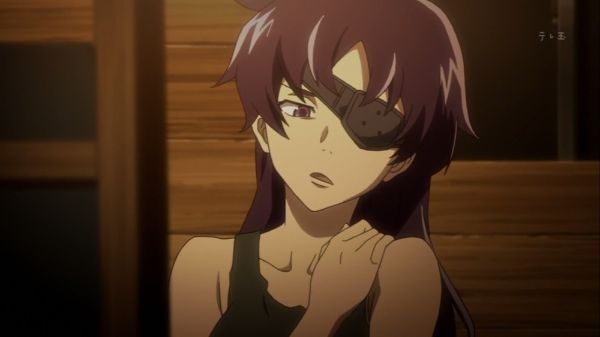 Uryuu Minene has different reasons for being a lone wolf in the : Future Diary.  Because she’s had a rough upbringing, combined with poverty that pushed her in a sh*tty direction.

That leads her to trust few people, if at all. And put barriers up for anyone who tries to get too close to her heart. 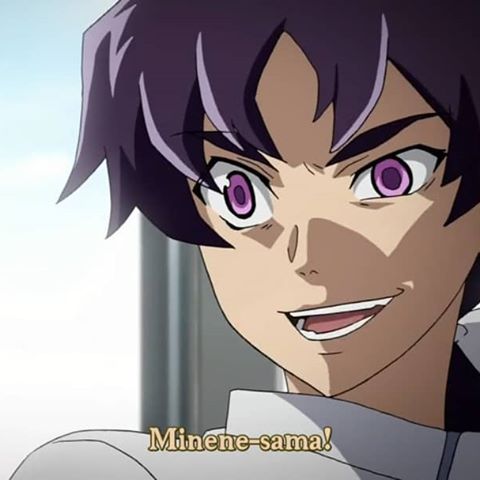 On the surface this sounds negative, but it’s actually positive and works out well for how it shapes her character.

She’s strong, bold, courageous and doesn’t give a F. And that’s why she lives life the way she wants to live it, with the freedom to NOT answer to someone for her actions or consequences. 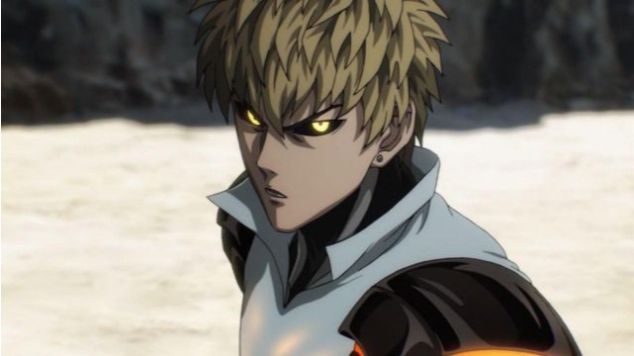 Genos said it himself: I’m a lone cyborg fighting for justice. So it goes without saying he’s the lone-wolf type.

Even before Saitama he was always the type to live his life and act on his own desires. 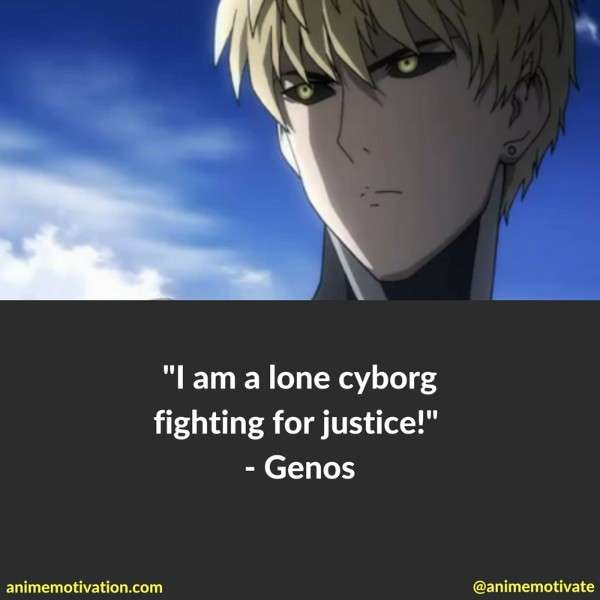 He”ll take the world on by himself if he has to, if it means doing the right thing and fulfilling his ideals. No matter how dangerous, stupid or questionable it might be. 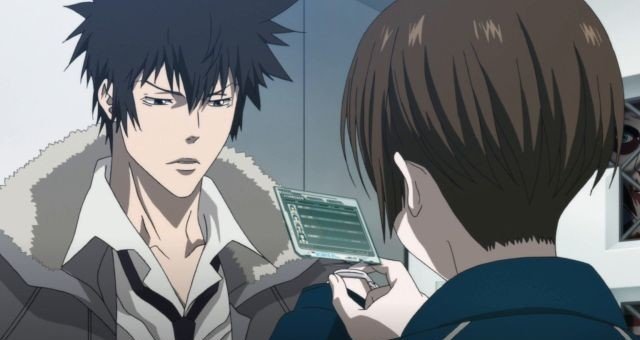 Shinya’s the guy in the corner at the club that doesn’t dance, but you’ll see him smoking and chilling by himself. Minding his business.

That’s how laid back he is and that describes his character Psycho Pass.

Like many of the police force in Psycho Pass, Shinya was a “rogue” brought onto the team… to catch other criminals. 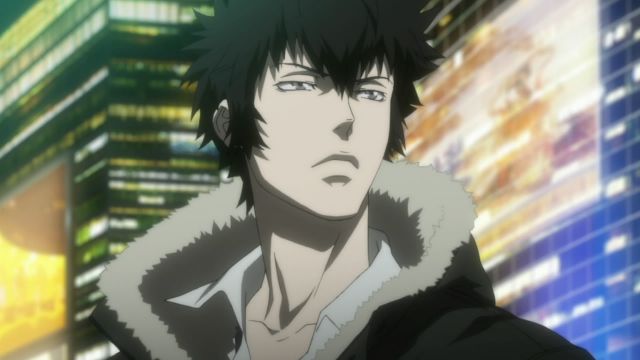 And even though he’s cool with his teammates and everybody else, he’s clearly the kinda guy who lives alone.

Not because of an insecurity, but because he’s comfortable in his own skin and a little too stubborn to depend on others. 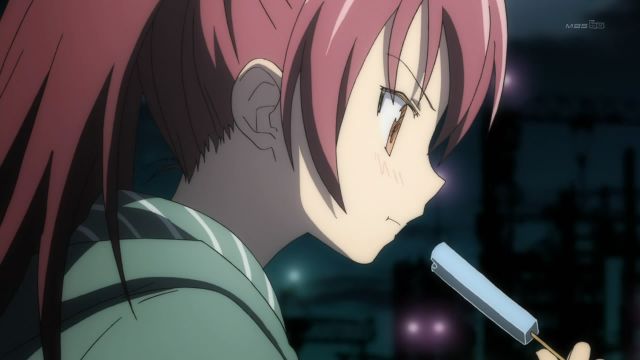 Kyoko Sakura lives life without regrets. And takes responsibility for her actions. As a result – she swears to never let anyone get caught up in her business or problems.

And that’s why she lives life as a lone wolf, choosing to not get anyone involved in her business. 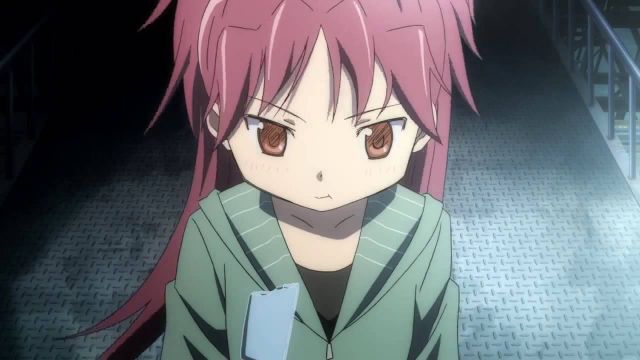 That kinda changes, but stays the same as the series progresses.

But Kyoko is independent by choice after a tragic accident in her past. And that’s what makes her personality and character so likable among all the magical girls in . 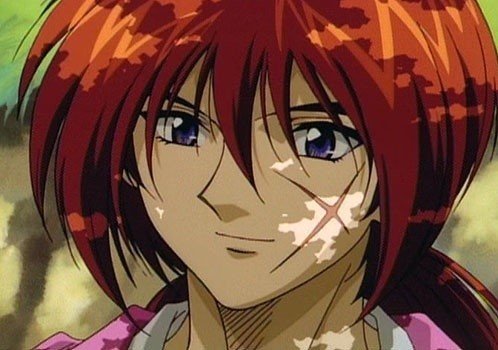 Kenshin Himura is a lone samurai. Wondering the world by himself and doing good deeds to atone for his past.

After all – the nickname “man slayer” doesn’t come about by accident. He’s murdered dozens of people, even if it was never his intention. 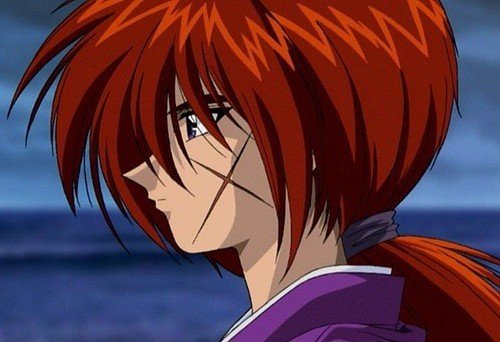 His sword is on the reversed side, so if he has to use it, the reversed end of the blade is used… making it impossible to kill or cut whoever he’s dealing with.

You could say his past life is one of the motivations for being driven to do things by himself. Even if there are people around him who are willing to help or get him to open up his feelings towards them. 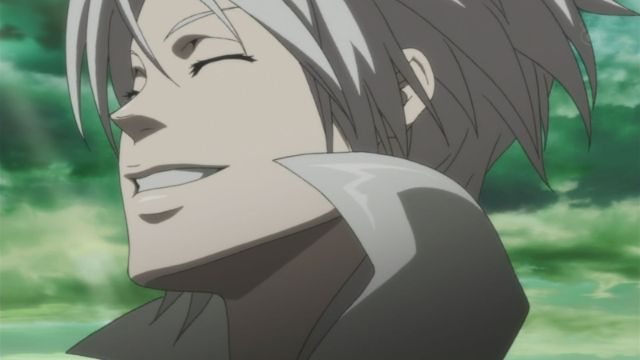 Shogo Makishima is a natural lone wolf, since he’s a criminal and serial killer. The main killer in Psycho Pass in fact.

He feels like he doesn’t fit in anywhere, with anyone. Especially in the technologically driven society of Psycho Pass, which is run by robots and machines for the most part. 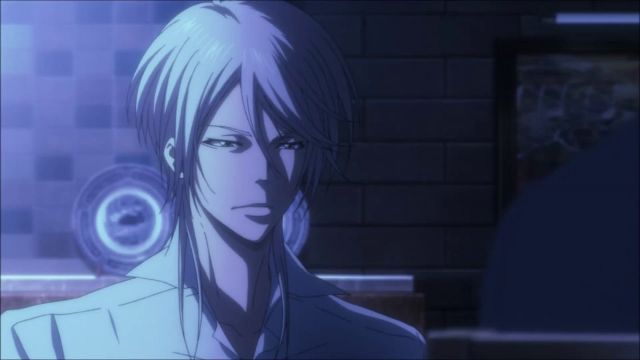 He feels it’s flawed, and so that’s his reasoning for being a rebel and senselessly murdering innocent victims to make a point.

Beyond the craziness, he’s an intelligent man who’s clearly aware of the world, himself, and what needs to be changed.

Even if that means using selfish methods to reach his goals. 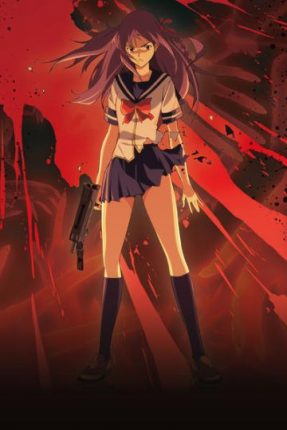 Makina Hoshimura isn’t a saint, and doesn’t spout nonsense like “I’m a hero of justice” because she’s knows the truth behind that statement.

She’s reborn as “the living dead”, and it’s said if she kills over 100 Shikabane, she’ll become human again. So she mercilessly slaughters as many as possible, without a second thought or any remorse. 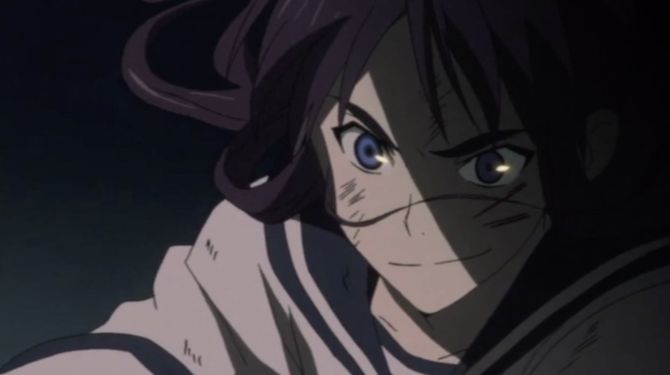 The pain and the weight of her actions and her past life is one of the strongest motivations for being so independent.

But even then – she’s capable of handling herself and living life on her own terms. 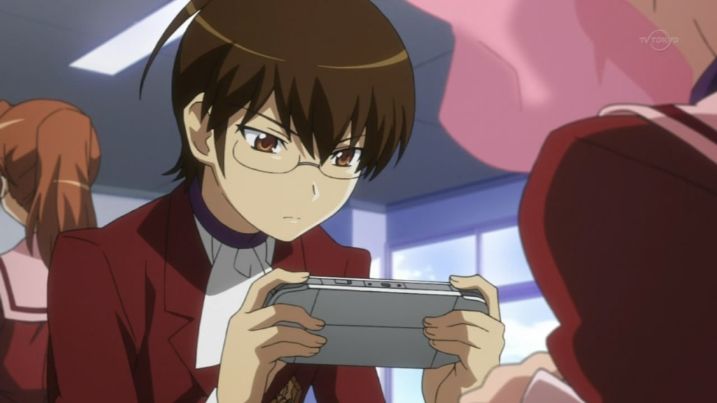 Katsuragi Keima plays all day. Dating sims. And that’s all his life revolves around.

He’s so wrapped up in the world of dating sims that he doesn’t take 3D girls seriously. 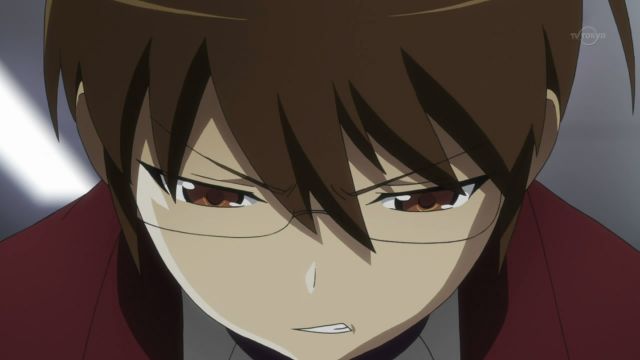 That’s why you always see him alone. And even after the plot takes flight, he’s still a lone wolf. Doing his own thing and living life according to his ideals, in solitude.

No one can tell him what to do and that’s made clear by his behaviour.

Vash The Stampede is one of the most positive characters in history. He’s the human version of Dragneel, because he’s that cheerful and motivated.

But the reality in Vash’s case is – the “happy” face comes from a dark time in his life.

His optimism is because of the hard times he’s dealt with. 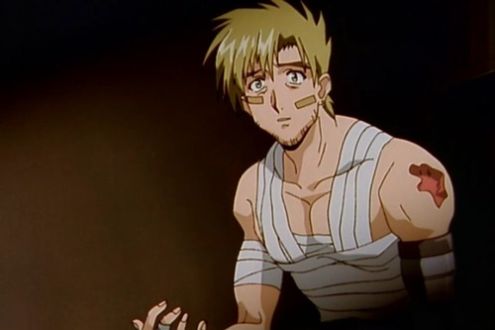 Smiling and helping other people smile and feel good is a part of his charm. Even if it means traveling by himself and not necessarily befriending anyone along the journey. Stark’s aspect of death is loneliness. So if you’ve watched the Bleach it won’t surprise you to see Stark on this list.

Of all the Espada, he’s as much as a lone wolf as Ulquiorra Cifer. Or even Grimmjow.

Even in the face of death, Stark still refuses to depend on anyone else.

In fact – loneliness (and even his lone wolf characteristics) is exactly how he’s killed in the end. 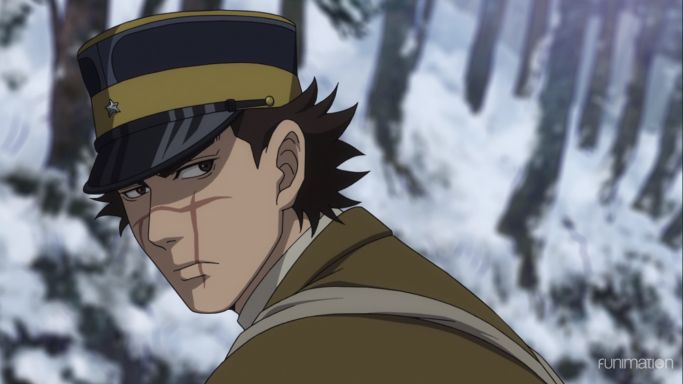 Saichi Sugimoto is an ex military soldier, wondering the country for stacks of gold, enough to make anyone rich. And he’s not the only one doing it.

Other than Asirpa who he meets in the first few episodes of Golden Kamuy, he does his own thing. And will gladly take on the world like the lone wolf he is. 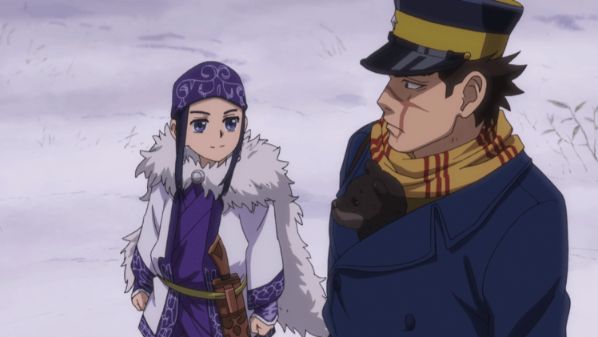 He won’t beg for anyone’s help, even if it kills him. And his independence and willingness is a part of his charm and what makes him dangerous.