And all kinds of things. The normal stuff.

That said, there’s a list of characters who are worshipped and put on a pedestal like no other.

characters who are treated like so called God’s gift and always come up in conversation, memes, or otherwise.

Levi Ackerman isn’t even the real main character of Attack On Titan. He’s no protagonist and that’s a fact.

That fact doesn’t matter because he’s worshipped to such a high degree he gets more respect than the protagonists.

Whether it’s Levi’s moments with Eren in the beginning (after smacking him about). Or Levi’s motivational message in the forest when they’re pursuing the titan.

Or his moments when you see Levi’s funny obsession with cleaning and his facial expressions.

Levi is a good character, but he’s pedestalized in the community in general to another level.

Relevant: These 67+ Meaningful Quotes From Attack On Titan Will Hit You Hard 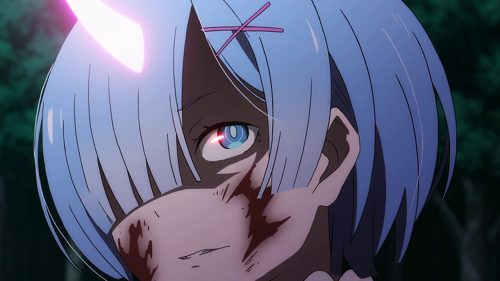 Rem from Re:Zero is another character that’s not the main character. And she’s not one of the first to appear either.

Emilia is the main heroine of this series. Rem comes later in season 1 during the mansion arc, and she eventually steals the spotlight.

It’s to the point of making the fandom toxic with constant arguments and b*tching. But ultimately it’s because people put Rem on a pedestal.

She’s worshipped despite her role in the series, though that changed a bit when season 2 came into the picture.

Sasuke Uchiha is one of the famous characters from . One half of the protagonists in the series.

He’s out for revenge after his own brother slaughters the entire village, and instills hatred into Sasuke.

After all is said and done, Sasuke has reached legendary status in the industry and is worshipped by many. To the point of fans fighting with each other.

Personally Sasuke is my favorite from the series, but he is pedestalized and treated better than most characters as a general rule.

Relevant: The Most Important Sasuke Uchiha Quotes For Naruto Fans

Vegeta is the main inspiration for characters just like him, as far as their attitude, role, and being a rival to the MC in Shonen.

Being an from the 90’s it’s no surprise Vegeta has had this affect years later.

As a character Vegeta’s a lone wolf, has one of the most tragic backstories, and has character development few can ever compare to.

He’s a better father than Goku could ever be and has the better relationship of the two because of how responsible Vegeta is as a person. 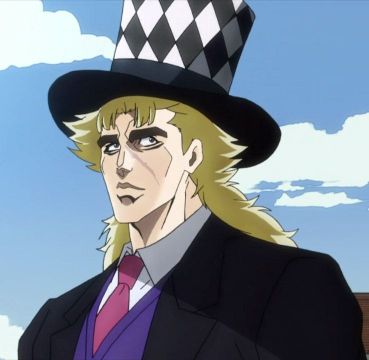 Speedwagon is an important character in Jojo’s Bizarre Adventure. More so his loyalty to joestar.

I’ve seen a countless amount of people mention Speedwagon right here on the site. At first I wondered why people were so obsessed.

Now I understand where the energy comes from.

I won’t say Speedwagon is put on a pedestal on a mainstream level, but for those who are fans he’s worshipped.

His loyalty is to such a degree that it warrants the support he gets.

is an well known at this point. A lot of the time for the wrong reasons based on how it nose dived with the plot and quality.

The famous “darling” line is now associated with Zero Two, with memes and all kinds being made ever since her debut.

She’s a common Waifu since 2018 on wards who constantly shows up and never seems to NOT get mentioned when the shoe fits.

She’s pedestalized without a doubt.

Uzumaki is another one from who’s put on a high pedestal and is respected like few other characters in .

For it’s his backstory.

It’s the loneliness he faced as a child, the struggle, his identity crisis and being “saved” by Iruka Sensei.

People can relate to , especially relative to other characters in the series. And even though it’s expected since he’s a main character, he’s reached a level few have reached.

Indians in particular love Uzumaki to death and he (and the ) is already historic at this point.

Kazuma Satou from Konosuba is worshipped or respected on a high level for different reasons to other characters.

He’s the main protagonist of Konosuba who’s known for his views. He refuses to pander to women and bow down to the toxic feminist mentality.

“True” gender equality is what he stands for, and he believes in that from both ends of the stick rather than a double standard.

He’s not the first character to be this way, but he embodies it the most and gets the respect he deserves because of it.

More so in a western context.

Itachi Uchiha is yet another character from who just can’t be ignored. He’s definitely in the “worshipped” category of characters.

After being forced to deal with a heavy burden, Itachi took the most insane route possible. And killed all of his clan members.

As twisted as it appears, there’s a method to his madness and even sanity and heroism to it. But only when looked at a certain angle.

Regardless, he makes a sacrifice few characters have made to this extreme. And he did it knowing how he’d be viewed after completing his hidden task.

In the twisted world of that’s the best he could do, and Itachi has gone down as a polarising character that’s respected despite it. 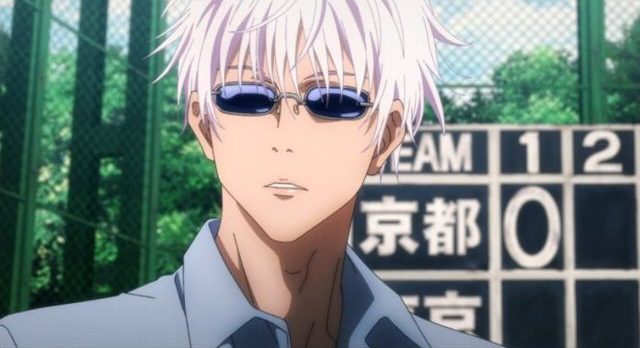 Gojo Satoru is a recent character from early 2021. Jujutsu Kaisen became popular and is a growing Shonen series in the making.

Gojo doesn’t play the role of a protagonist, but as a sensei in this series. Bearing similarities to characters like Kakashi from .

The major difference with Gojo is the focus on his looks, and the animation and art quality the managed to show off.

It’s become a bit of a joke but female fans in particular (and most fans) are big fans of Gojo. Even more than Yuji.

Megumin is a staple in the Konosuba community, and even in the community when it comes to Waifu’s.

She’s obsessed with explosion magic and refuses to learn any other type of magic. Even though she clearly has the skills to do it.

Her childish but fun and eccentric nature is what ultimately made fans fall for her character. Especially with her unique chemistry with Kazuma in the series.

It’s what makes the as good as it is.

DEKU (Izuku Midoriya) is a Shonen protagonist people either love to hate or appreciate. He’s both disrespected and admired, depending on who you ask.

He starts out as a wimp. A cry baby. The type of kid who gets bullied and never stands up for themselves.

In his case his own “friend” Bakugo bullied him for his weaknesses.

After being given the chance to become the hero he’s always dreamed of, life changes drastically. And he gains confidence and builds character.

With 5 seasons so far and consistent growth, both DEKU and the will continue to make an impact and shine.

Light Yagami was just an ordinary school student. Fairly smart but bored and in need of something to spice up his life.

He got what he wanted. A randomly falls out the sky and into his hands. And his life changes.

Having the power to to kill anyone who’s name he writes down gives him a “God” complex and a childish sense of justice.

What makes Light a character people stand behind is his smarts, intelligence, and the “anti hero” role he plays.

While warped in some ways of his thinking, he still makes you think in realistic and relatable ways. And other characters have a similar effect in the ’s plot. 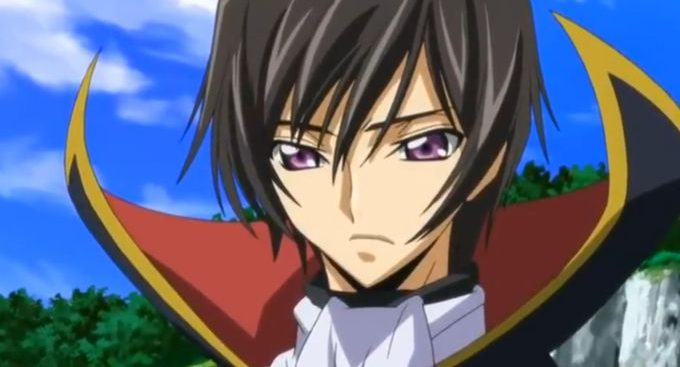 Lelouch is another character who’s intelligent, smart, cunning, and is one of the most worshipped characters in .

After getting the power of Geass by chance in order to survive, he becomes a savage committed to protecting the life of his little sister.

Lelouch is a character that shows what it means to be human. There’s good sides to his character, and bad and evil sides.

He’s not perfect or pure. Just a guy doing what he feels is best to achieve the result he wants.

His strategic and chess-like mentality is what makes Lelouch so revered. 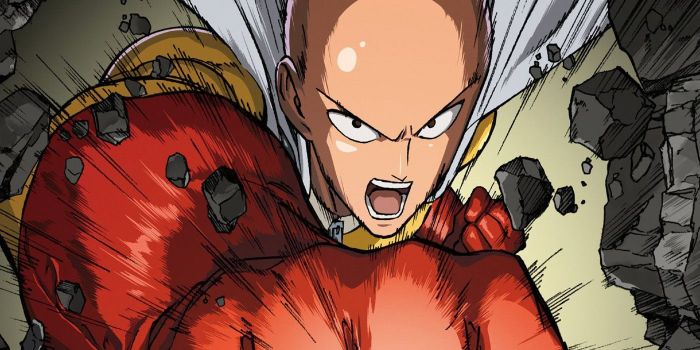 Saitama is treated differently to other protagonists like Goku, Vegeta, and whoever else you wanna mention. He’s not a Shonen protagonist in a typical way.

One Punch Man is a parody series with Shonen tendencies, but there’s more to mock certain tropes and even reinvent them.

With Saitama he’s become so that destroying his enemies in one punch makes him depressed and disinterested. This makes him VERY realistic, despite having super strength.

Saitama feels like a normal human being because of how the series is written, and there’s a comical component to it as well.

All this contributes to Saitama’s popularity, respect, and status in the community.

21+ Sports Anime To Choose From That Aren’t Typical