I’ve talked about controversial anime before. And if you’re an anime fan you can probably think of them.

But controversial anime characters isn’t a topic I see being talked about too often.

There’s been plenty over the years, some even from more than a decade ago. And for different reasons between these characters. 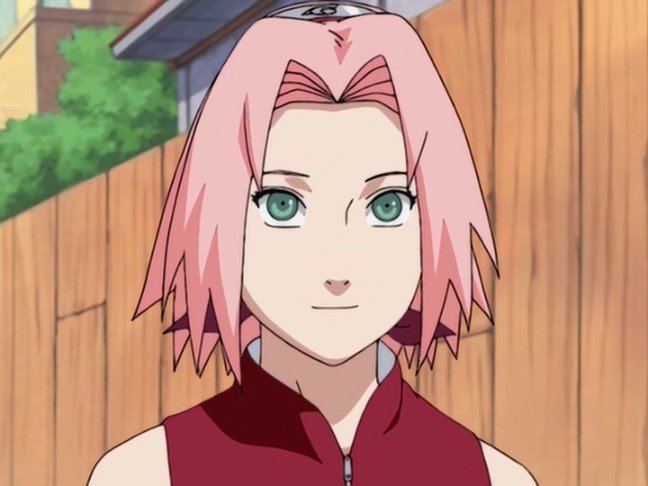 Let’s keep it real here. Sakura Haruno is one of the most controversial anime characters ever created.

I dare you to go anywhere on the internet, whether it’s:

Or anywhere where an anime community can be found…. And Sakura will somehow, someway, pop up in the conversation.

Mostly because of the anime’s popularity.

It’s considered a “big 3” by some and Sakura’s role in the series doesn’t allow her to escape criticism.

These are some of the common criticisms (and even memes) surrounding Sakura Haruno’s fame.

A lot of fans love Sakura regardless, and that’s part of why she’s so controversial. 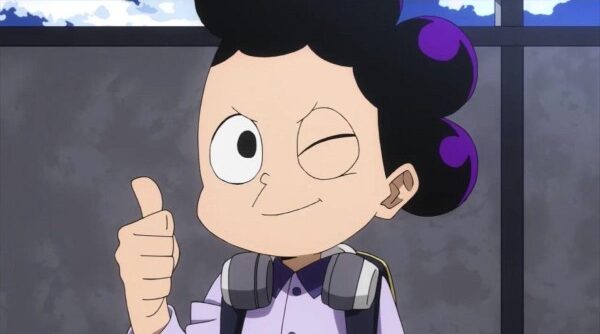 Mineta is the “new” version of Master Roshi from . With the exception of Mineta being a teenager instead of an old pervert.

Unlike Master Roshi though, in Mineta’s case, he’s worse than any old pervert cliché we’ve seen. And takes things to levels that makes fans (and non-fans) uncomfortable.

His role in the is an obvious gag, but one that gets exhausting and overtime, loses its comedic appeal the more you see it.

But depending on the anime fan and how much you love the series, you’ll either:

Either way – this is what makes Mineta controversial, and almost no other MHA character compares. 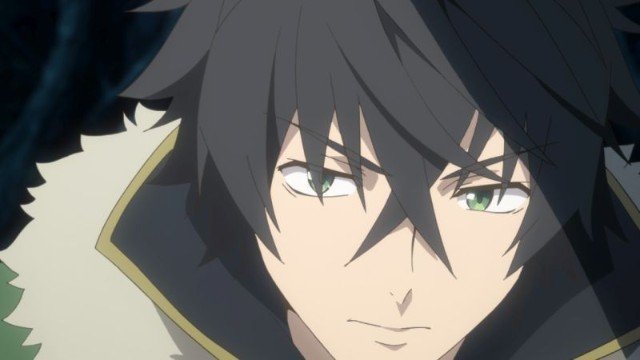 is one of the most controversial anime we’ve had in years. In the west at least.

Once the anime dropped in January 2019 the world went nuts, and feminazi blogs, SJW’S and anyone with an agenda was against it.

Why? Because Naofumi, an innocent guy who’s thrown into a world he’s unfamiliar with, is falsely accused of rape by an opportunist b*tch with no moral compass.

Naofumi’s realistic circumstances relates to similar real life situations, and that rubbed a lot of people the wrong way.

Otherwise Naofumi isn’t really a controversial character as far as personality. It’s more his story and how true to life it is. 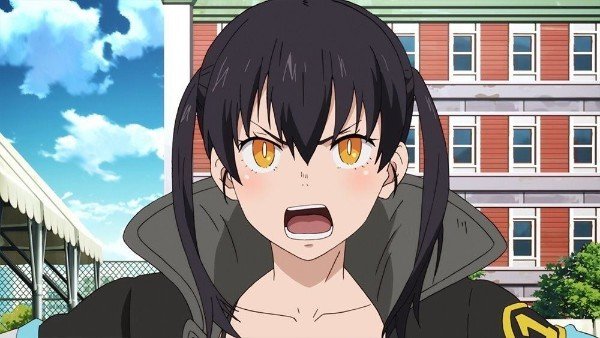 Tamaki Kotatsu is an obvious choice from the popular series – . An anime that released in Summer 2019.

has an interesting story built around the concept of fire, and it looks gorgeous.

She’s controversial though because the anime takes every opportunity to:

And everything you can imagine when it comes to those anime cliches.

Ignoring fans who’ve ditched because of it, Tamaki has sparked outrage and controversy because of her character’s portrayal.

I’m surprised the controversy died down since there’s a 2nd season of airing in 2020. 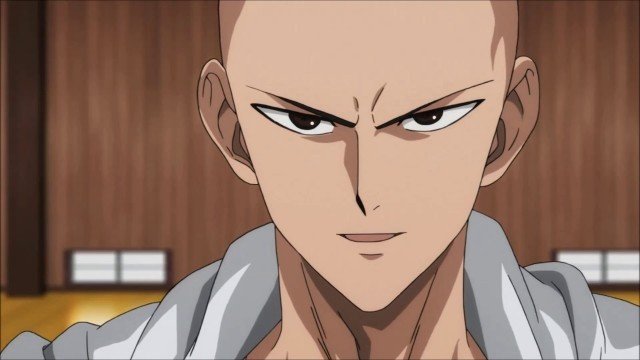 Saitama, the one and only baldilocks from the One Punch Man series. You could slap him across the head and hear it ring from a mile away.

What makes this guy controversial is different to most characters on this list.

It has nothing to do with SJW’S, feminists, an angry Twitter mob or angry fans in general. But more to do with his insane level of strength.

Plus his role as a “GAG” character.

Saitama’s written in a way where no matter who he fights, he can destroy them in One PUNCH.

The Saitama fanbase argues he can defeat:

Or any other strong character (including characters who aren’t from anime) and this is where his controversy comes from.

It’s part of the reason why a lot of these debates become toxic and fans stay away from it all together. 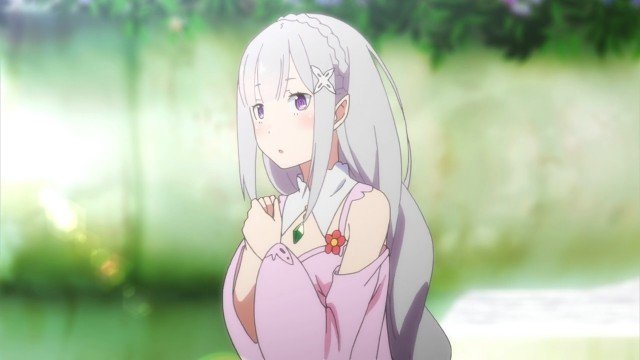 Emilia from Re:Zero is the white haired hottie everyone loves to hate and hates to love. But as with all controversies – a LOT of fans love Emilia as well.

The controversy comes from the fact that Emilia steals Subaru away from the blue haired maid Rem. Despite how the anime developed Rem’s feelings for Subaru.

Once Subaru turned down Rem in Re:Zero, even after Rem sheepishly did everything for Subaru, fans have been triggered ever since.

Never mind the fact Subaru “chose” Emilia from the beginning, and the story is designed this way from episode 1.

Related: Why The Hate Towards Emilia From Re:Zero Is Exaggerated

Can’t mention Naofumi being a controversial character without talking about Myne, the root cause of it.

Myne is a savage in the Shield Hero series. She’s a b*tch and she knows it because she takes pleasure in the way she treats people for personal gain.

After making a false accusation about Naofumi “raping” her, and everyone believing it on face value, she doesn’t stop there.

Throughout the series she targets Naofumi and like an ant, tries stomping him into the ground. And crushing all his chances of living in peace (despite everyone hating him for nothing). 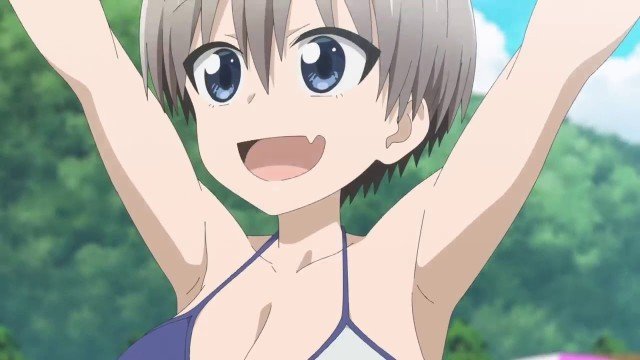 Hana Uzaki is the most controversial anime character in 2020. No one comes close.

Even as I write this she’s stirring up controversy on Twitter. And people are still “crying” about how terrible of a character she is.

The controversy started way back in November 2019 when she appeared in a poster to promote Japan’s Bloodrive campaign (blood donations).

Once Uzaki’s was adapted into an anime, and everyone seen her design, big , and obvious fan service – they lost their minds.

I don’t know what else people could have expected, it’s an series at the end of the day.

Related: Uzaki Chan Wants To Hang Out, And I’m All For It! 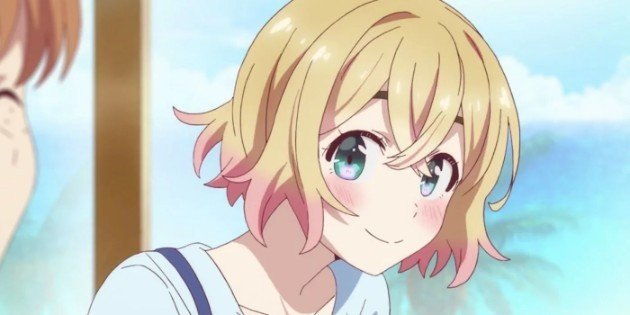 While less controversial than someone like Hana Uzaki, Mami Nanami (Mami Chan) is stirring up controversy in the anime community.

Rent A Girlfriend is an anime that for some reason, fans on MyAnimeList HATE with a passion.

Characters like Mami Nanami rub more salt in the wound because like Myne from Shield Hero, she’s selfish and spiteful.

And Kazuya, the main male character only stirs the pot even more because of his subservience.

Relevant: Does “Rent A Girlfriend” Deserve All The HYPE &#038; Popularity? 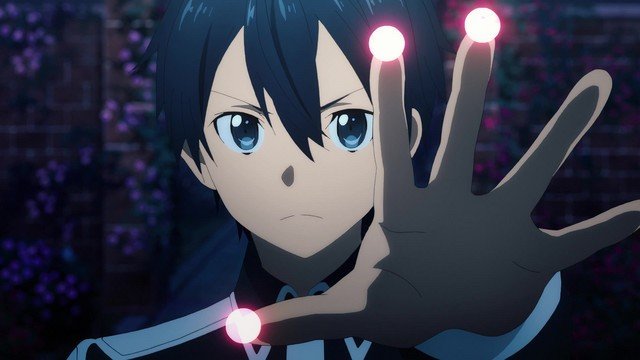 Unlike Sakura from , fans love Kirito deeply and other fans hate the guy and think he’s bland as plain bread.

Either way – he’s an important element in the series.

He is the main character after all.

Even with ’s controversial standing in the anime community as far as quality, and Kirito’s role in that, he’s still famous and the success speaks for itself.

Kirito is one character that controversy can’t get rid of or destroy the reputation of.

Even clickbait YouTuber’s efforts were in vain.

Related: 13 Of The Greatest Kirito Quotes From Sword Art Online 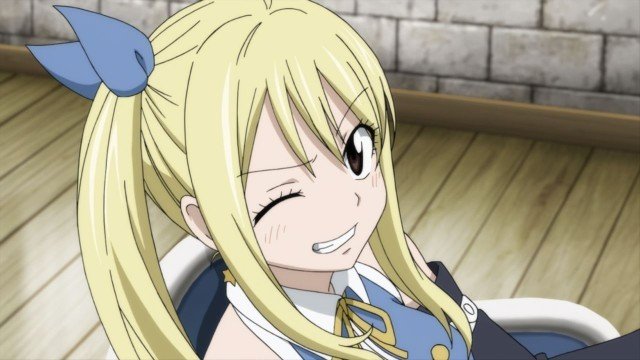 Lucy Heartfilia is the blonde babe with big tiddies from . A cliché you could say given the context of being blonde and having “assets”.

She’s a lot more than just that though.

She has a relevant and emotional backstory, and plays a key role in the series. She’s easily one of the most popular characters from .

I’d argue one of the most loved as well, with a relatable personality.

The reality is though – like Sakura in , she’s criticized as “useless” and being nothing but a character who’s only good for fan service.

Similar to Kirito in , the controversy is irrelevant because of her popularity and the anime’s success. 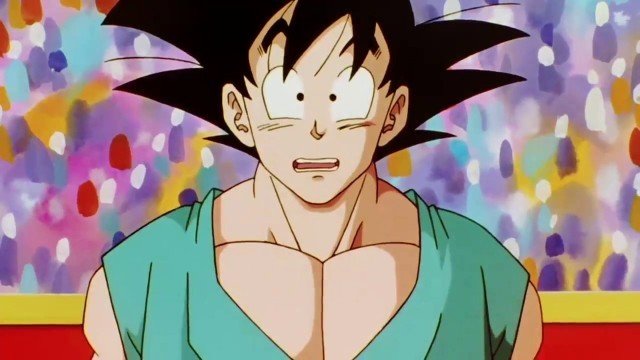 Goku doesn’t have the personality to spark controversy the same way Myne does from Shield Hero.

One thing that’s true with Goku though is the controversy around his power level, strength, and more importantly, fanboys who exaggerate his abilities.

was one of my first anime so I understand the anime fully. Goku included. But the toxic debates, arguments, forum posts and fandoms make Goku controversial in the “vs” battle discussion.

It’s impossible to ignore Goku’s power and relevance, and that’s part of why he’s so controversial. 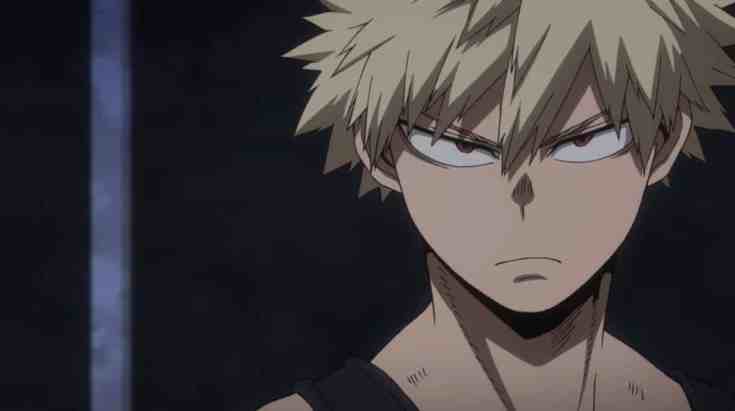 Bakugo Katsuki is another character who’s got a lot of backlash. A lot of this died down in later seasons but it’s still relevant.

Izuku Midoriya was friends with Bakugo, but when Bakugo got full of himself he started bullying anyone he deemed “weak”.

Midoriya was on the receiving end of it.

As a character – Bakugo is:

And his ego is so massive he’s quick to put other people down, and isn’t modest at all.

These are the traits that made Bakugo controversial. This is clear from seeing people argue with fans who take a liking to Bakugo.

Not as controversial as Mineta, but Bakugo’s controversy is relevant and holds a different context all together.