Since the beginning of time, questionably queer anime characters have appeared on my television screens and have quickly taken my heart.

I was constantly trying to identify which letter on the rainbow alphabet these well-known characters belonged to because of their flamboyant villains, sidekicks in drag, and strangely close best friendships.

It doesn’t matter if they’re hiding in plain sight, the targets of antiquated censorship, or the subject of my dubious conjecture. I like each of these hand-drawn anime characters for embracing their queer-coded identities.

This Lists of 25 characters belong to the LGBT+ spectrum in terms of their sexual orientation or gender identity.

They could have non-heterosexual and non-cisgender identification, including being gay, lesbian, bisexual, transgender, non-binary, asexual, intersex, or any combination of these. 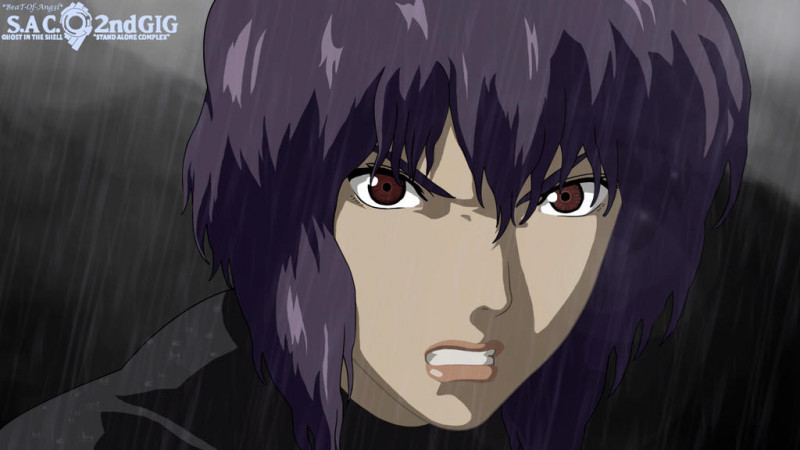 The definition of a badass gal is Major Motoko Kusanagi, a full-body cyborg.

Even the tiniest sexual contact with a man, a person, or a cyborg is forbidden and highly deadly when the squad leader of the elusive Section 9 is around. 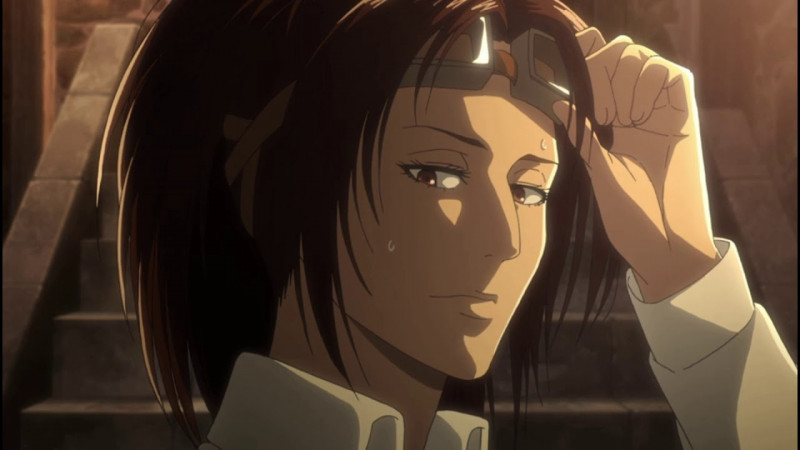 The genderfluid leader, who regularly puts themselves at risk on the front lines of battles, conducts experiments on monster Titans, and sends green soldiers into peril, is an absolute genius.

Everyone in the ranks is wary of Hange’s devilish knowledge because of its ambiguity. Attack On Titan Products on Sale

Start Shopping Now
We earn a commission from Amazon & other affiliates if you make a purchase at no additional cost to you. 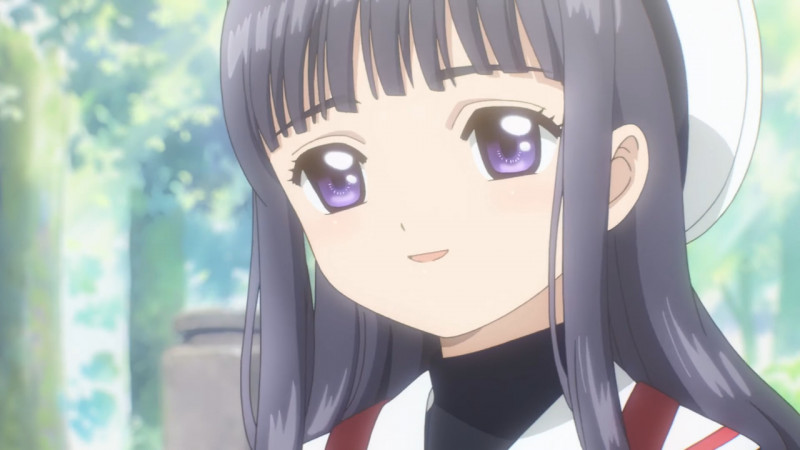 The wealthy fashionista has an apparent crush on Sakura, her best friend, and offers her an unending supply of fashionable attire that can defeat any menial card spirit.

We now know what else is concealed in that closet, Tomoyo, even though Sakura’s dedication to her clothes is meant to mask her genuine love for her best friend. 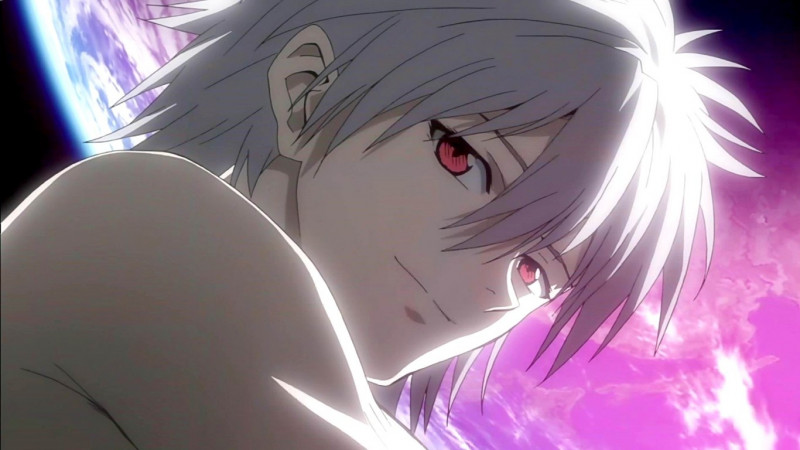 The famed 17th angel of one of the most well-known anime series was immediately all over the main character Shinji significantly.

Their turbulent relationship is centered on mystery, betrayal, and intrigue—the ideal ingredients for young LGBT . 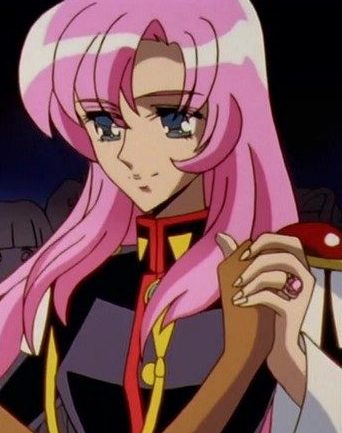 Utena meets a prince soon after her parents pass away and thinks she wants to be one too. She began attending Ootori Academy and taking part in a duelling competition. Anthy Himemiya, the Rose Bride, is the prize for winning the competition.

According to the filmmaker, Utena and Anthy are in a relationship. They kiss each other in the climactic song.

Two of the most well-written female characters in anime are Utena and Anthy. 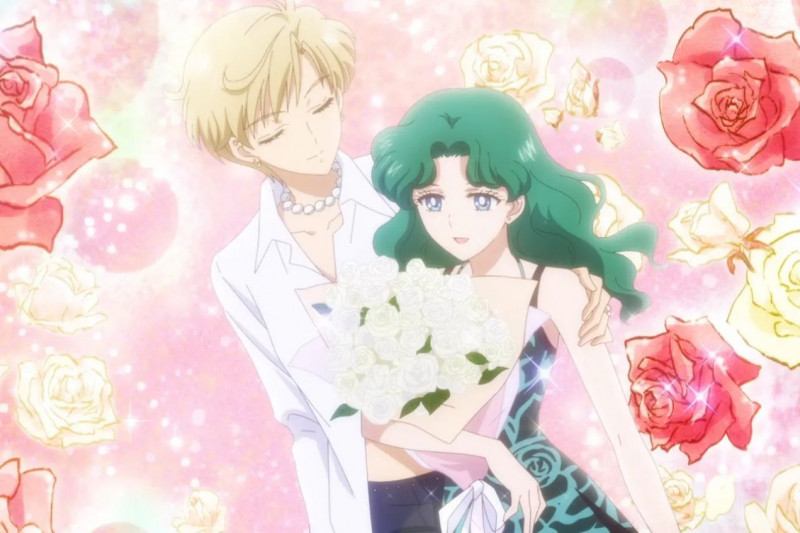 These “cousins” had an open relationship even though it wasn’t the 1980s in America.

The canonical account of their sincere relationship emerged when the planets finally lined up, and we were able to acknowledge and celebrate their holy love formally. 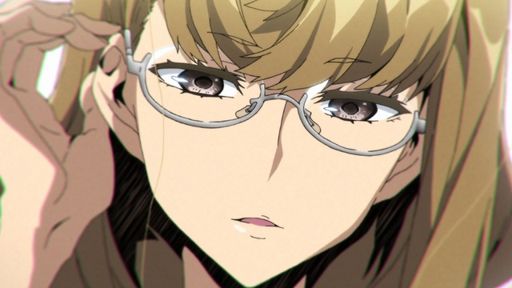 Honoka Maki from Kiznaiver is a shy young woman who experiences social anxiety and low self-esteem due to her terrible upbringing. After they collaborate on a , Honoka gets to know Ruru better and eventually starts to feel something for her.

She kept her distant, nevertheless, fearing that she wouldn’t be able to handle Ruru’s passing. Honoka held herself accountable for Ruru’s death because she would never have had to work on the alone if she hadn’t cut her off.

Honoka thinks Ruru failed because of her excessive workload. 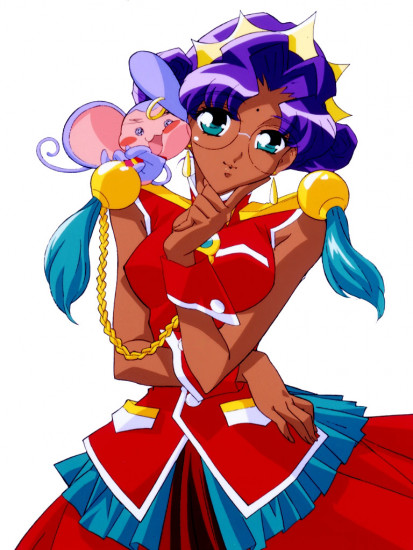 She is a mysterious, reserved girl who hides her darker, more complex personality behind a remote look and showy politeness. She is rumoured to have no thoughts or wants and will follow her master’s instructions without question.

Other characters frequently project their wishes or desires onto her due to her “doormat” conduct, and she is inevitably the subject of their ensuing fury.

Her personality changes between unselfish love, passive aggression, malice, and taught helplessness. Her past and present are tragic and dark at the same time. 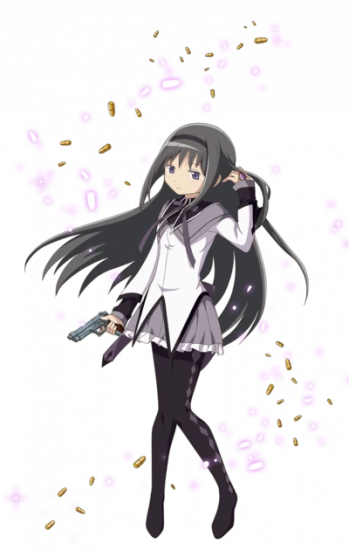 She embodies the phrase “ride or die.” The protagonist, Madoka’s nightmare, features the small magic girl who later develops into a self-destructive desire with her female counterpart.

It reminds me a lot of early LGBT interactions. 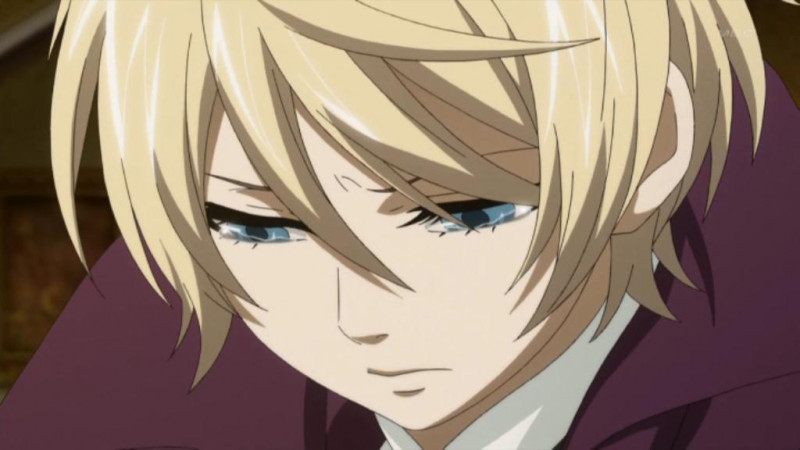 Despite having a horrible background and a murky future, he once goes so far as to physically join bodies with the series’ main character Ciel Phantohive.

Peak queer energy is two young, wealthy, attractive lads who have a grudge and invade each other’s bodies. 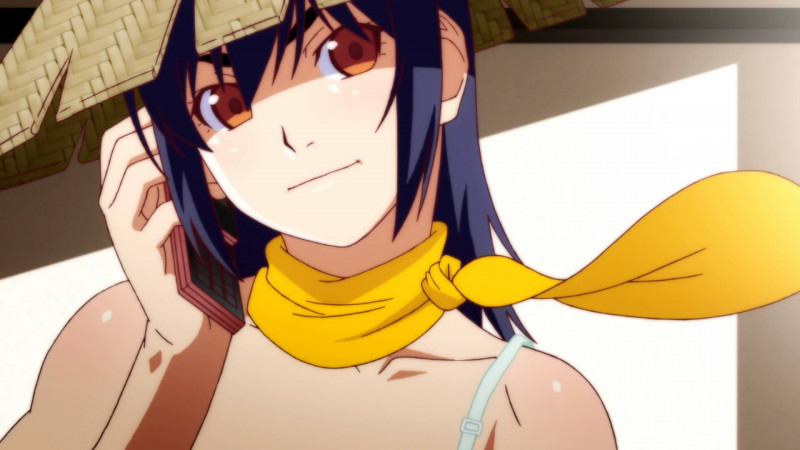 Koyomi Araragi, a third-year student, is the show’s focus. Araragi acquires vampire traits, including regeneration and night vision, after being attacked by a vampire.

Araragi aids his peers who experience paranormal apparitions. Suruga Kanbaru, a famous basketball player, is one of them; he appears as a monkey’s paw.

When Araragi helps Suruga escape her wraith, despite her earlier declaration that she is only interested in women, Suruga begins to show interest in him. 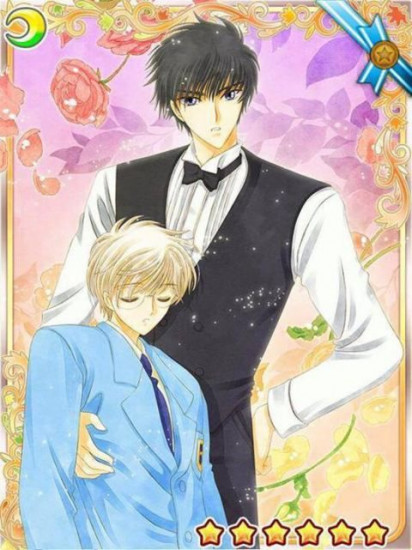 The genuine love between these sweethearts could not be concealed, not even by a watered-down English dub from the 1990s.

These males, who rejected any attention and advances from everyone else, even the Cardcaptor universe’s female characters, were always two of a kind and meant to be together. 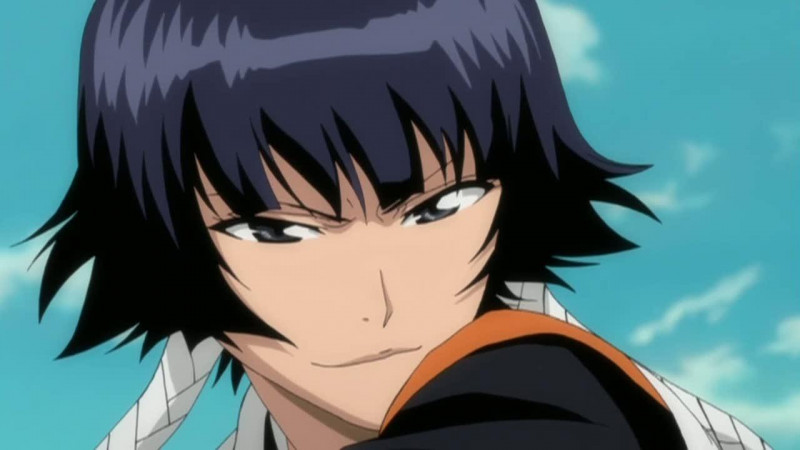 She is a perfect illustration of a lesbian anime code. The fiery swordfighter is fixated on everything that has to do with Yoruichi, her female boss.

On the surface, it may appear to be a friendly idolatry, but beyond the shakily drawn lines, we know what she wants—what she truly wants. 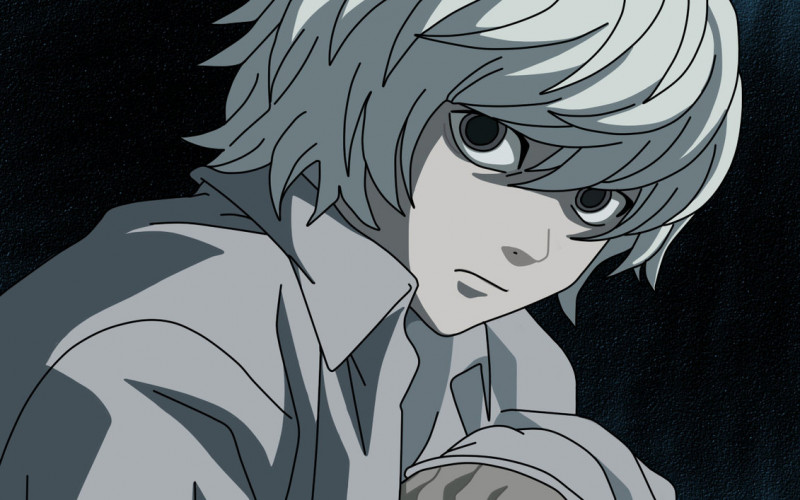 One tiny twink fails, but another succeeds. This baby-faced silver fox takes the reins after Near’s barefoot heir fails to make it and demonstrates to everyone that he is not here to play unless they entail a lot of toys and wordplay. 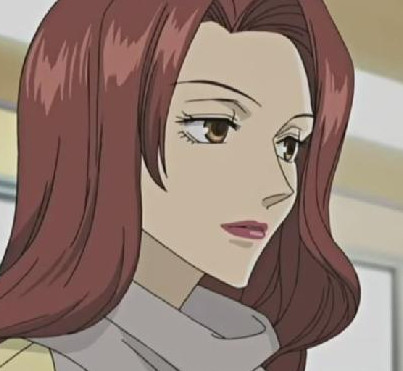 Haruhi Fujioka discovers herself in debt to the host club in Ouran Host Club after smashing an expensive vase. She must work for the host club and pose as a man to pay it off.

The club didn’t need to do much to change her appearance because she had already appeared androgynous. Fortunately, Haruhi has an advantage in this area thanks to her family connections.

The father of Haruhi is openly bisexual and goes by the name Ranka when working there.

He claimed that after his wife passed away, he started cross-dressing since he knew he could never love another woman. 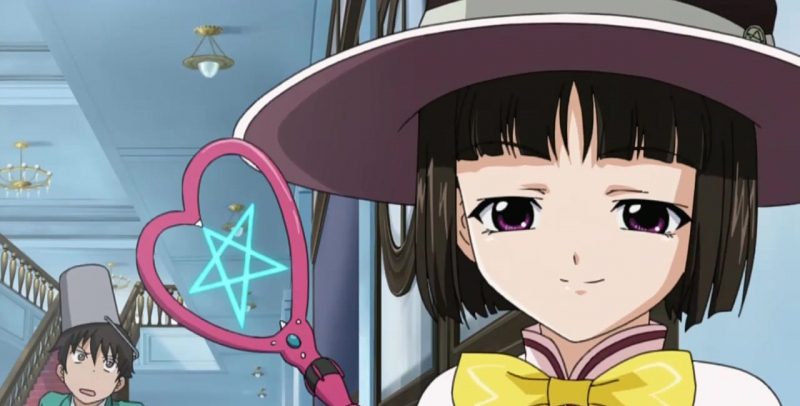 When human Tsukune Aono enrolls at the school, he tries to blend in with the other monster students. The witch Yukari Sendou is one of the Harry encounters.

Yukari is brilliant yet behaves childishly. Tsukune and the female Vampire Moka Akashiya are both Tsukune’s crushes.

She has stated her desire to be in a polyamorous relationship with them several times during the series. 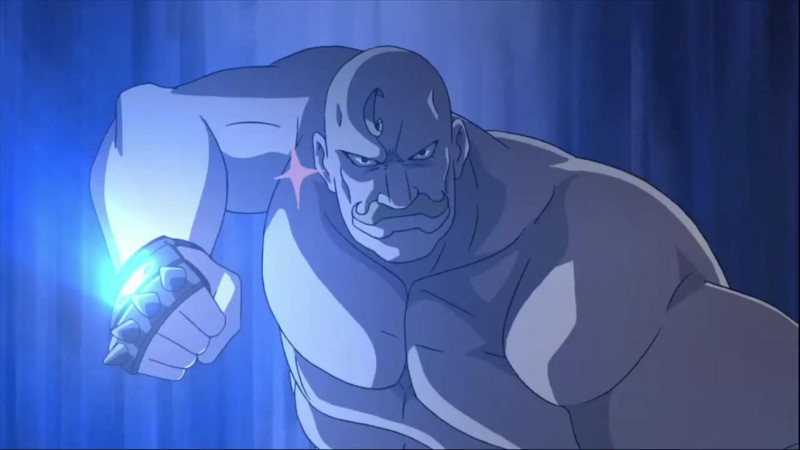 Nothing makes this muscular father look more impressive than a , robust set of pectorals and biceps.

He is a kind giant with a powerful punch, and when faced with overwhelming force, he experiences stargazing. 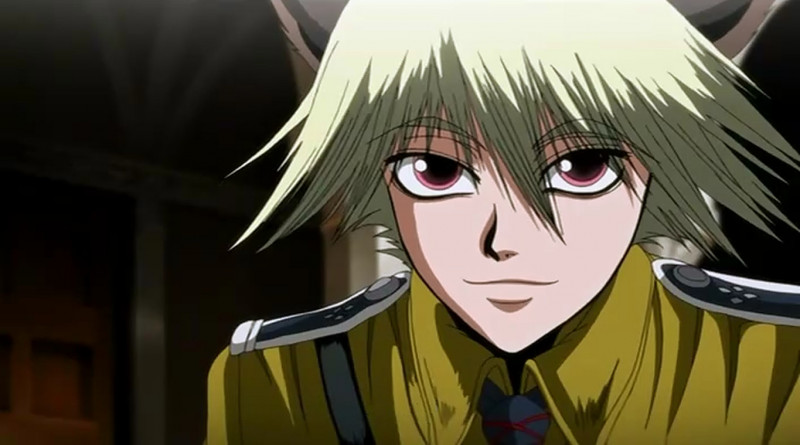 Although he is a cheeky little werewolf, it is not entirely his fault. He was created in this manner by a wicked Nazi scientist. The Major adores him and treats him like a pet that is imperturbable.

The young cub is a terrific kisser, constantly looking for a moon to howl. 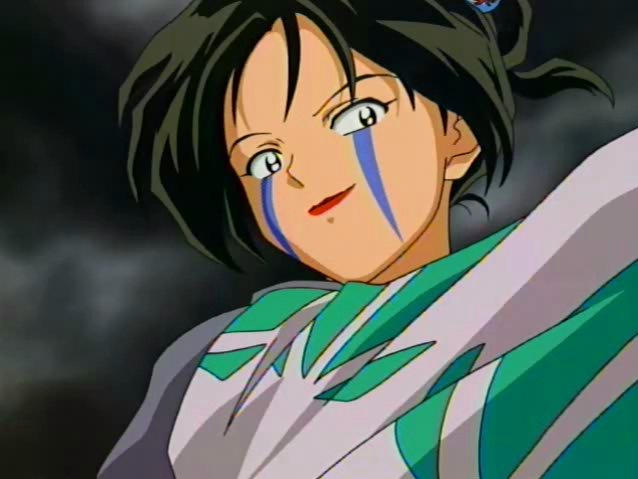 Jakotsu is the most stylish member of the problematic Band of Seven in the demon-infested feudal Japan.

He knows his type and will do whatever it takes to grab the , demon doggy boy, as evidenced by his apparent preoccupation with acting rough with the series hero . 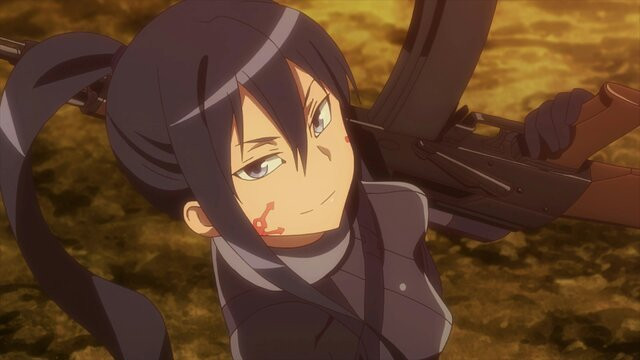 Karen Kohiruimaki, also known as Pink Devil in the Gun Gale Online universe, plays the game under the screen name LLENN. She is frequently sought after because she is one of the top players.

She encounters Elza Kanzaki, who uses the identity of Pitohui as she flees from her adversaries. LLENN is persuaded to participate in the next GGO event by Pitohui. Alternative: GGO, LLENN, and Pitohui meet in the SAO finale.

After kissing Karen, Elza’s servant informs Karen that Elza has a reputation for fast-moving on from men and women. 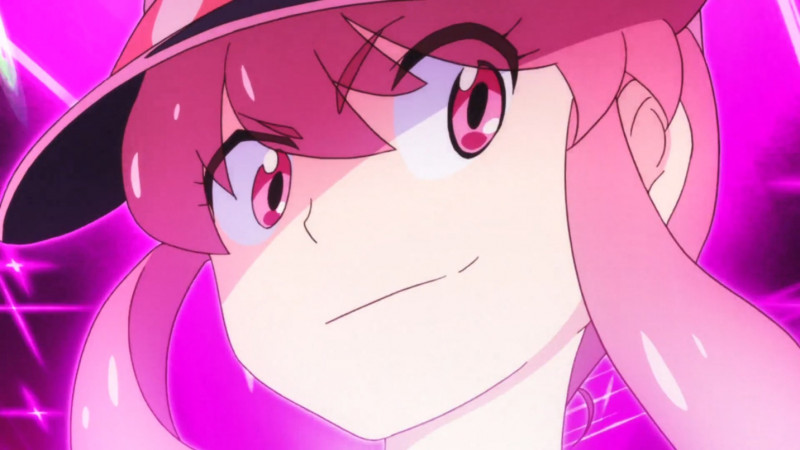 She’s a devoted member of the vicious Elite Four of the Student Council and looks like a sweet little drum major.

We know what beat she’s humming since she despises everyone but her oldest buddy, Satsuki, the series’ big evil witch. 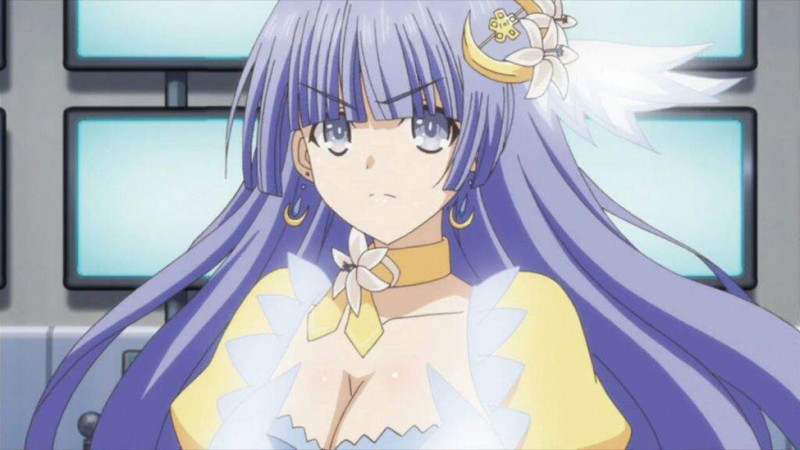 In Date, A Live, Shidou Itsuka tries to ward off ghosts by taking them out on dates and making them fall in love with him. Miku Izayoi is one of the spirits he encounters in season two.

Miku can control people’s minds thanks to her ability called Gabriel. Shidou is the only person Miku will converse with because she initially despises men and is only interested in women.

Shidou tries to talk to Miku while pretending to be a girl.

Miku shows interest in Shidou because Gabriel is unable to control him. Shidou’s ability to save Tohka, a different spirit, influences Miku’s impression of him.

Miku kisses Shidou and seals her strength when he declares he will always support her. 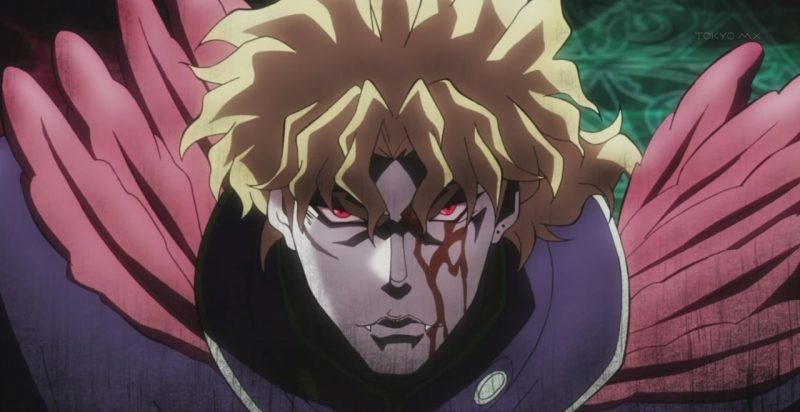 From Jojo’s Bizarre Adventure parts one through six, DIO wreaked havoc on the Joestar lineage. He’s a fan-favorite character despite what he does due to his charisma and style, not to mention the enormous meme potential he symbolizes to the fans.

Hirohiko Araki revealed in 2007 that everyone’s favourite Vampire who uses the Stand is bisexual. He lives as a bisexual vampire in Jojo’s universe, which many of his fans like because he doesn’t play to any derogatory stereotypes.

DIO demonstrates that a bad guy can be a fantastic source of representation. 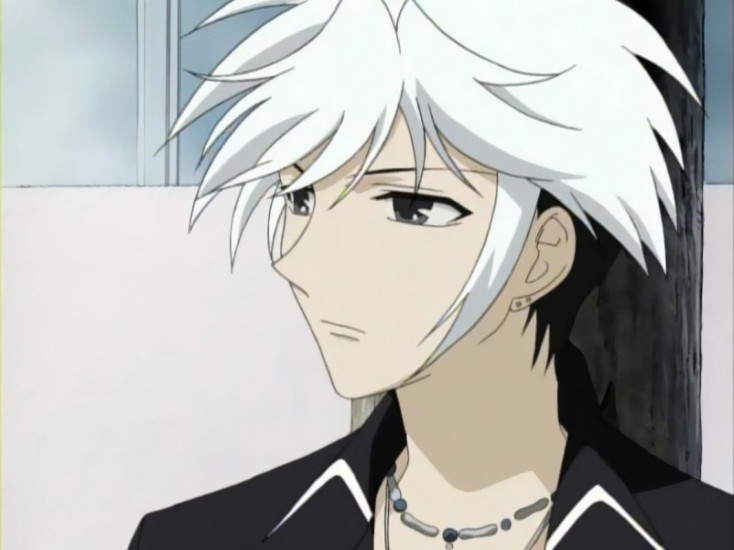 It appears that Yuki is not taking it seriously. Although their sexual orientations aren’t explicitly stated in the anime, it is evident that Hatsuharu, at the very least, has a bisexual code. And he’s not the only one.

Due to diverse cultural attitudes toward sexuality and gender identity, anime portrayals of the LGBT (Lesbian, Gay, Bisexual, and Transgender) community differ from those in American cartoons.

For much of the 20th century, mainstream film and television avoided publicly addressing the existence of non-heterosexual identities since homosexuality has historically been seen as sinful in the West.

In America, there has been a slow but steady rise in the number of LGBT cartoon characters, especially those marketed to younger audiences.

Transgender concerns are also starting to be better acknowledged by the general public.