Not all of us are social butterflies. For some of us it’s difficult to talk with strangers.

Even if we’re in a comfortable environment like a cafe or a restaurant.

In the world of anime there are plenty of socially awkward characters you can relate to.

Who sometimes struggle a lot in the beginning. But then through practice or the help of another, become a little better.

And yet are likable socially awkward characters either way.

Here are 11 socially awkward anime characters who fit that description. 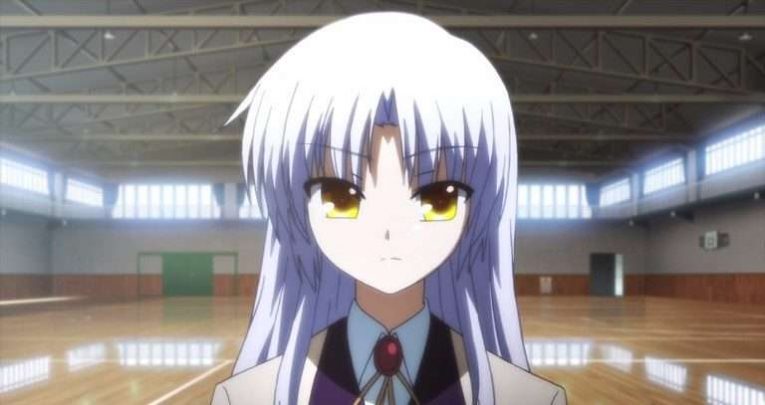 If you met Kanade Tachibana in real life… You’d struggle to make conversation with her.

In fact she might even ignore you, giving the impression that she’s rude and ignorant.

But the truth is: Kanade Tachibana is socially awkward and a terrible communicator.

She even agrees with this statement when Otonashi mentions it to her.

But all that aside Kanade’s sharp personality, high intelligence and interesting characteristics make her likable. 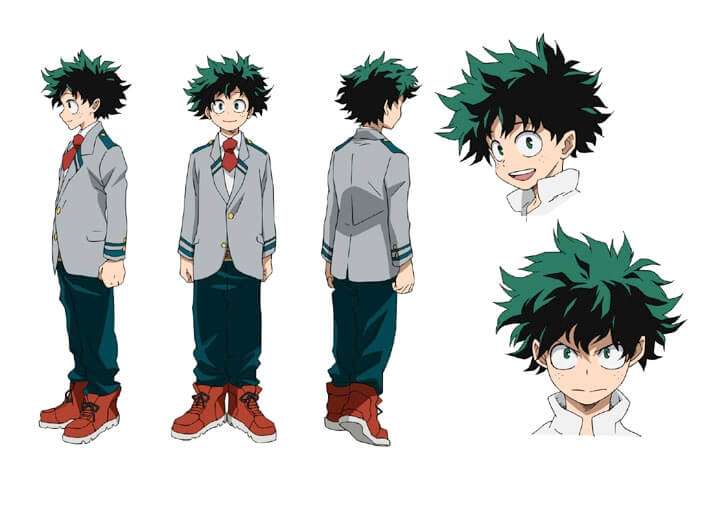 And second we have Izuku Midoriya. One of the most socially awkward male anime characters.

He reminds me of Yuki Amano from Future Diary. Quite a lot.

Even though Izuku isn’t the best conversationalist, he’s committed to his goals. Dedicated to his dreams.

And he’ll do whatever it takes to learn, develop himself and smash through his obstacles.

Izuku’s also one of the purest of heart anime characters around.

Rikka Takanashi, one of the most Chuunibyou characters in anime existence.

If you met this girl in real life you wouldn’t be able to take her seriously.

And yet at the same time this is what makes Rikka Takanashi such a likable character.

Yes she’s silly, awkward, and hides behind a fantasy world created by her own imagination…

But when Rikka makes an effort you get to see qualities that aren’t easily noticed. 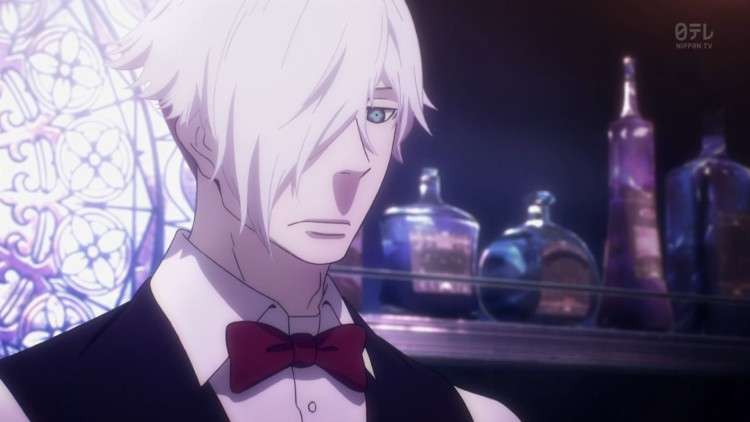 4th we have Decim from the anime series: Death Parade.

Decim isn’t the most inept character in social situations. In fact he has a talent for choice of words, along with great manners and a strong presence.

But where Decim struggles is with reading gestures, human behavior and emotions.

Yet he’s one of the most interesting anime characters I know of. Especially as far as “main” characters. 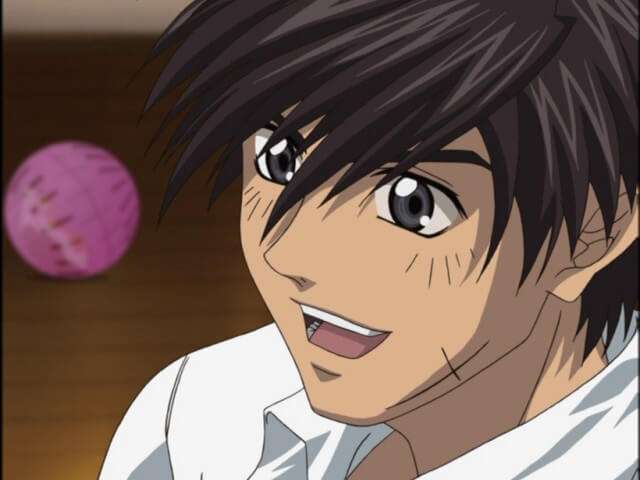 Sousuke Sagara, if I had to choose, is the most socially awkward anime character ever seen.

Even more so than Tomoko Kuroki in some ways.

It’s his military background that makes Sousuke so painful to watch in social situations.

He’s never been a part of “real” society before outside of military work.

And doesn’t know the first thing about whats appropriate, how to understand others and so many other things.

In short: Sousuke has the confidence but not the common sense. Yet he’s such an interesting character. 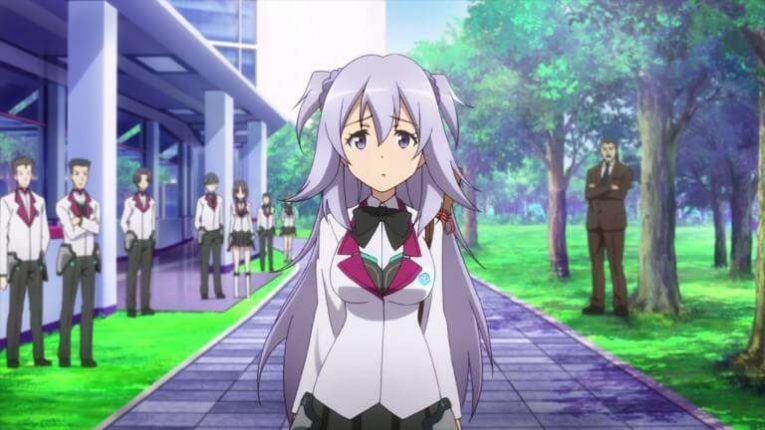 The reason why Kirin Toudou’s so socially awkward is because of her uncle who takes advantage of her.

At least in the beginning of the anime series: Asterisk War.

You almost feel sorry for her.

And want to dive into the anime and give a helping hand.

But as the anime progresses, Kirin Toudou gains self confidence and becomes more skilled in social situations. 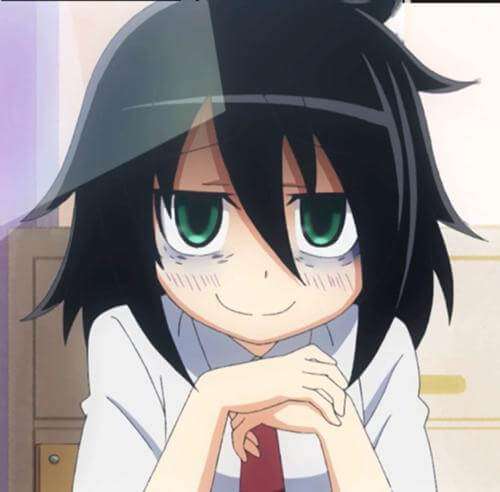 Tomoko Kuroki is the main star of the show: It’s You Guys Fault I’m Not Popular!

Tomoko’s problem is she’s too damn shy, awkward and thinks too hard.

But what you’ll appreciate about Tomoko’s character is: she tries her best and always makes an effort.

Even if she fails miserably. And even if she feels terrible and terrified to take action.

It makes sense why Kirika Yuumura is socially awkward. But then again – does it?

Kirika’s past is littered with pain, tragedy, bloodshed and violence.

Putting that aside, Kirika’s a girl of a few words. Choosing only to say what’s necessary and nothing more.

Yet her backstory and overall personality will draw you in like two magnets.

And you’ll grow to like Kirika as an anime character.

Kodaka Hasegawa doesn’t struggle with conversation once he gets to know you.

But generally speaking he’s a little awkward in social situations.

I can’t help but feel a lot of it has to do with the way he looks.

Kodaka is the kind of guy who’s mistaken for a delinquent because he’s unique and different.

That forces Kodaka to make more of an effort, which makes him feel even more awkward when socializing.

Related: 7 Kodaka Hasegawa Quotes You Have To See Right Now. 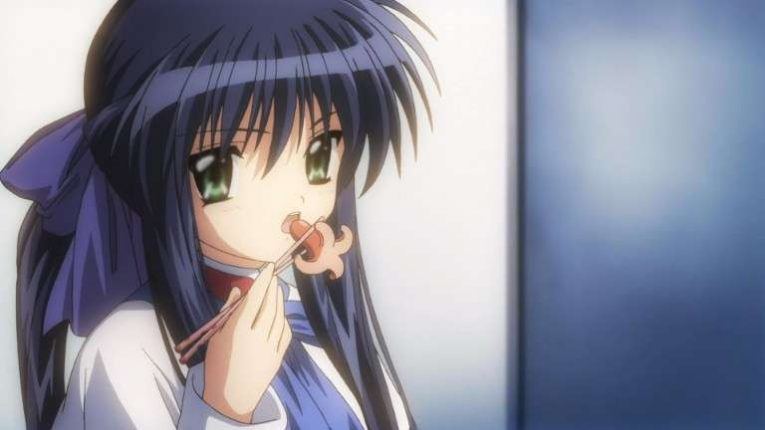 If you’ve watched Clannad, you might want to watch Kanon. Which is made by the same anime studio.

Mai Kawasumi, like Kirika, is a girl of a few words. And chooses to speak when the situation calls for it.

This makes it awkward and difficult for her to have real conversations with people.

But if you make the effort, you come to see how interesting Mai Kawasumi is.

And last we have Fafnir from 2017 anime series: Miss Kobayashi’s Dragon Maid.

Fafnir is the male/dragon version of Tomoko Kuroki with much more confidence and self esteem.

If Fafnir was real you might be frightened by his appearance and demeanor. Because he comes off has serious and uncomfortable.

But as you learn more about his character you see he’s an introvert who loves to play video .

And has a simplistic way of living his life. Making him an interesting character worthy of this list.

And worthy of the anime series: Miss Kobayashi’s Dragon Maid!

Which socially awkward anime character do you love?

Share your thoughts in the comments. As well as anything else on your mind. 😉

Related: 11 Interesting Anime Boys Who Are Introverts At Heart.