Shonen protagonists, regardless of whether they’re male or not, tend to fit a cliché. They’re usually responsible for the being successful.

Not all cliches are bad after all.

The usual Shonen cliches are:

These are the usual cliches of male protagonists in Shonen more than female ones.

In this post I wanna focus more on the unique male protagonists in Shonen. Some who are overlooked, others who break the stereotypes. 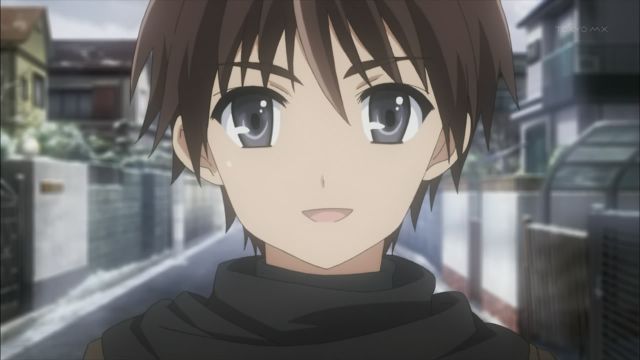 Yuji Sakai starts out as a normal guy in a seemingly normal world. The city of Misaki. That changes after he dies and becomes a torch, which is like a shadow of your original self.

As a protagonist, Yuji focuses mostly on Shana, the female MC. And his decisions are motivated by his “romance” with Shana.

This changes and evolves as time goes by, and he becomes one of the most unique Shonen MC’S in the industry.

His goals, desires, and his mindset stands out. And how he deals with his situation gives birth to the kind of MC some dislike, but agree with from a logical point of view.

He’s his own character. 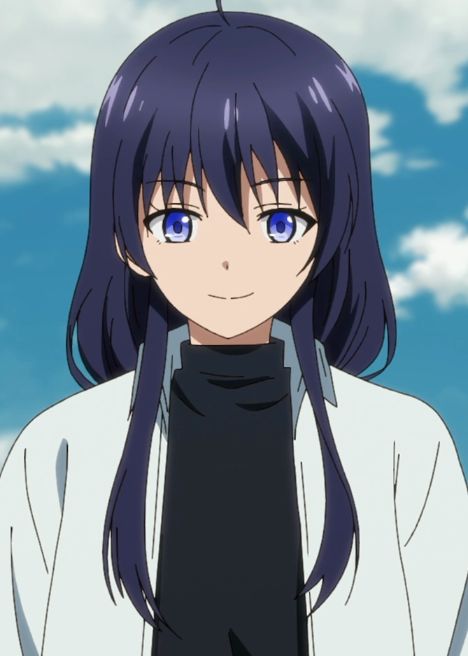 Mikoto Kibitsu is a new character since July 2021. Peach Boy Riverside is adapted from a series.

This Shonen protagonist doesn’t have the cliches of most.

And he doesn’t necessarily care about saving others just because it seems like the right thing to do.

He’s practical, calm and laid back, but has a nasty, more sinister and sadistic side to his personality. And he gets a kick out of slaying ogres.

There’s a backstory for that, but it’s what makes Mikoto a bit different. Especially because of some things he does that seem contradictory. 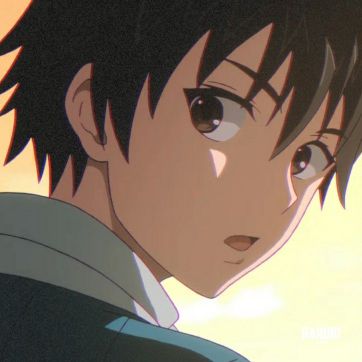 Yotsuya, the male MC of this Isekai is an important one. He’s gone through many changes from season 1 to the now airing season 2.

In the beginning he seems to only care for himself, and is selfish. This side (only in some ways) doesn’t change much.

He’s the kind of MC who values being practical over being righteous, being “nice”, or taking the cliché approach. It gives his personality a bit of a dark side.

It makes him unlikable in a sense, but in other areas very likable as a protagonist overall.

Since this isn’t the most famous, he’ll be underrated as a result for Shonen MC’s.

Related: From Page to Screen: Top 20 Anime Shows Based on Light Novels 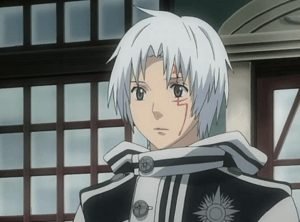 Allen Walker is the MC of D. Gray Man who’s cursed after a tragic incident involving a loved one.

His left eye and left arm are cursed.

His left arm can destroy and exorcise demons called “Akuma”. While his eye is able to see ghosts and the souls of humans absorbed by demons.

This curse weighs heavy on his soul. So much so that he tries to do everything by himself, even when he has friends to call on.

He feels like he’s the only one who should have to deal with the struggle, even if that struggle involves people other than himself.

This is a source of his character development, and an annoyance for other characters like Lenalee. 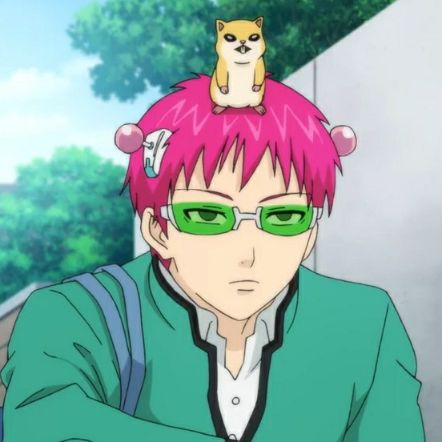 Kusuo is a psychic. He’s born that way. Not because his parents are superhuman, but just because I guess.

Introverted, reserved, laid back, and wants to do his own thing. Unlike MC’S with power, Saiki would rather not have it. And wants a quiet life while keeping his powers hidden away from society.

Since birth he’s been able to walk on air and move objects, He becomes so OP a device is created to keep his powers in check.

He’s even capable of bending reality and changing the laws of nature. 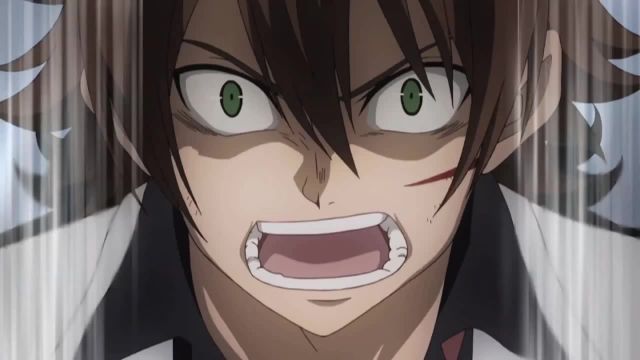 Tatsumi is an MC who comes from a poor neighbourhood. In fact he lived in poverty.

He later learns this is because of the unethical taxes his village was forced to pay to the CORRUPT government.

This is a turning point for Tatsumi, and how he accidentally becomes part of a revolutionary assassination group called night raid.

Tatsumi doesn’t care so much about becoming strong for strong’s sake. It’s more about destroying the corrupt capital, bringing about a revolution, and helping his village.

He’s happy doing that even if it means death. Legacy is what matters most to Tatsumi, given the dire situation of the society he lives in.

Relevant: These Are The BEST Anime Shows With The “Least” Plot Armor 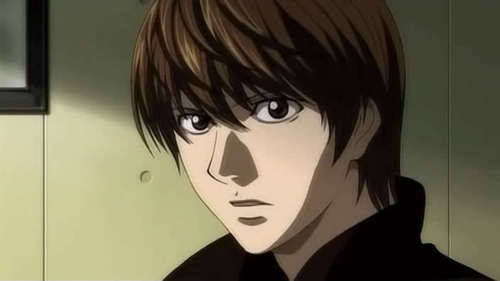 Light Yagami, also known as “Kira” is the main character who randomly picks up a notebook that falls from the sky.

After learning of the and the rules of how to use it, his life becomes more exciting, fulfilling, and even psychotic.

Similar to Yotsuya, he has aspects that make you wanna hate the guy. But in a way, Light is agreeable and curious.

Personally this is one of the best anime (and best characters) of all time. 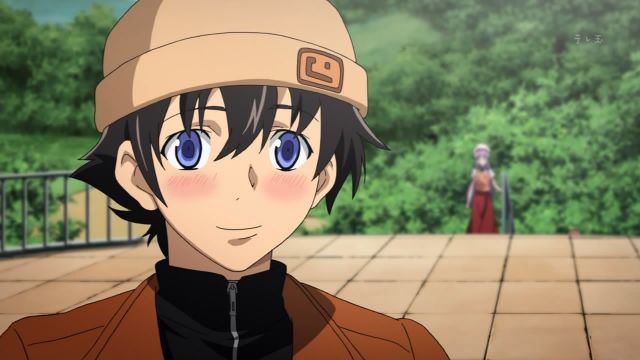 I know some of you are seeing this and thinking “wait, what?” but it does make sense when you think about it.

Yuki Amano is a regular guy when the begins. He’s an introvert, a coward, and is spineless when it comes to standing up for himself.

Being chosen as a diary user changes his life, mostly for the worst. But it gets better as things play out.

Thanks to Yuno Gasai, his Yandere girlfriend who stalks him, many aspects change about him. And he’s no longer cliches in the ways it was implied early on.

He “evolves” quickly because of his experiences, and morphs into a protagonist you’ll mostly hate. But he’s still not a textbook cliché. 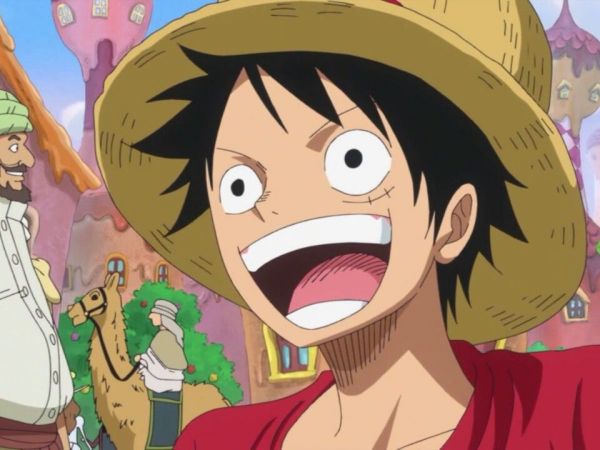 Monkey D Luffy might seem cliché on the surface. He’s energetic, has a smile that might annoy some people (in real life), and nothing seems to bother him.

Plus he has a big appetite. A standard Shonen cliché in itself for protagonists. That said, his motivation’s are what make Luffy different.

In situations where something supposedly “bad” is happening to someone else, Luffy isn’t the one to jump in heads first and play hero.

In fact he’d rather sit and observe, and will only get involved if it makes sense to do so. Rather than just for naïve reasons like “justice”.

In this way he’s more of a unique protagonist than characters like or Deku, who aren’t bad protagonists. They just fit a cliché and can’t be called the most unique.

Koro Sensei, a guy who looks like a Yellow Alien. He’s introduced in this way pretty much.

His role of training students (class F) to become strong enough that they can kill Koro Sensei, is what makes him and the so different.

The plot is dynamic and continues to evolve, and Koro Sensei as a character (and teacher) is leagues above the average Shonen protagonist.

It’s hard not to like him, and everything about his role and characteristics is a breath of fresh air.

Rough, tough, ruffian, rebellious… There’s many ways (and stereotypical labels) to use when describing Mugen from Samurai Champloo.

He’s definitely rough around the edges, and that comes from his past of growing up poor. Not having much.

He took to the streets and even in the present timeline, does what he needs to do in order to survive and live to see another day.

Unlike most, he’s actually lived through the BS without all the bells and whistles you see in fantasy Shonen.

You just can’t make protagonists like Mugen these days. He’s a rare breed. 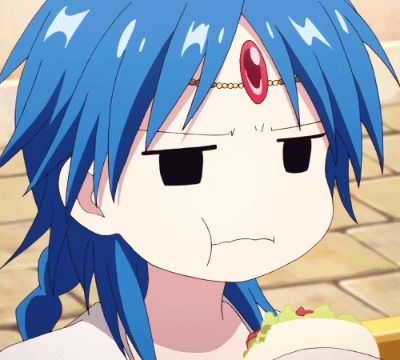 Aladdin is “just” a kid. That’s what it seems like on the surface. In the he’s considered a “Magi”, a type of mage with more power than is normal.

Even though Aladdin is kind and genuine on the surface, he’s also practical, level headed, and isn’t into jumping in heads first for things like “justice”.

In this way he’s wise and tends to observe things and makes up his own mind about it. He’s mature in a sense.

In other ways he’s still a kid, but as a Shonen protagonist (ignoring the pervert cliches), Aladdin is a memorable character with unique traits.

Similar: 20+ Of The Greatest Shounen Anime You Need To Watch 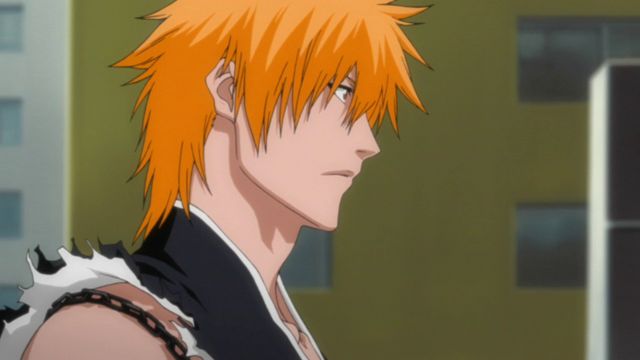 Ichigo Kurosaki speaks for himself. He’s a legend in the industry. Some like him (and the Bleach), while other fans don’t.

His motivation isn’t generic. He’s not out to save anyone and everyone. He’s not so naïve to believe that’s actually possible by himself.

The one thing that drives Ichigo is his desire to protect his friends. And that’s all there is to it.

If he becomes stronger as a result of that, so be it. But “strength” for egotistical or empty reasons isn’t who Ichigo is as a person. 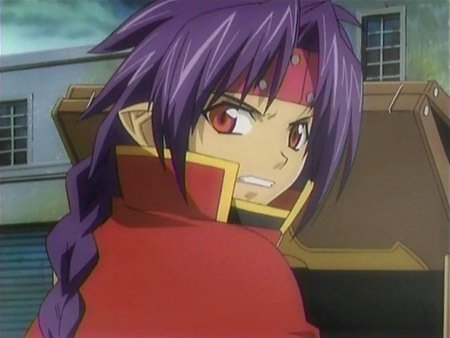 Chrono is one half of the duo in Chrono Crusade, an named after him. The plot and the name of the share a goal as well.

Chrono is contracted to a human called Rosette Christopher, a sister of the church. She’s also called “Mary of Magdalene”.

He’s laid back, easy going, and has a big heart. He’s not a regular demon, but that’s only because of the sins in his past which he’s learnt and grown from.

His commitment and dedication to the cause is equal to his partner, and unlike some protagonists, he’s willing to die for his goal.

That’s expected of a devil, but in Chrono’s case there’s a different reason driving him that isn’t conventional. 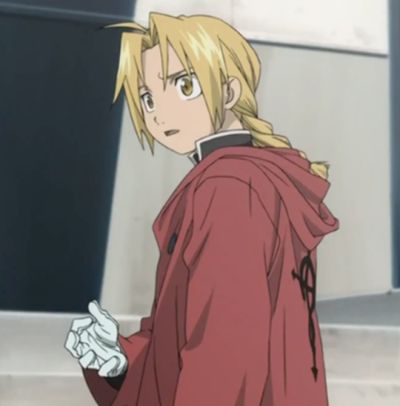 Edward, the smallest of the Elric brothers in . He’s a little triggered (insecure) about his height.

After doing something he shouldn’t have, along with his brother, his goal in life is to restore things back to normal (physically).

Nothing about Edward Elric is comparable to the average cliché male Shonen protagonist. He’s just different.

One of his beliefs centres around the law of equivalent exchange, and how that’s interpreted on his journey. He’s also smarter than he looks when it counts.

17+ Of The Greatest Female Lead Shonen Anime Worth Watching

13+ Shonen Female Writers Who Made Some Of The BEST Anime