But I’ve heard someone say that, and thought it was relevant to mention it. Since Japan is all about cuteness! 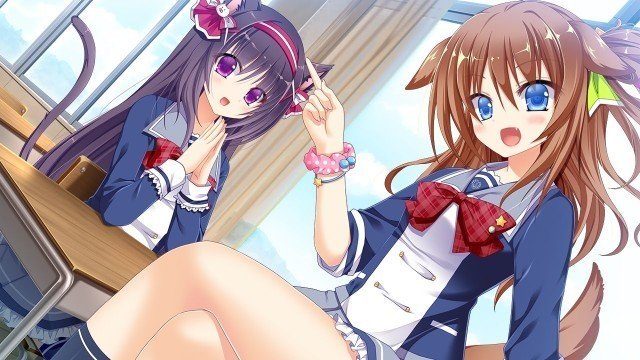 So while we’re on the topic of that – let’s talk about the cutest anime series and the best ones you need to know about. 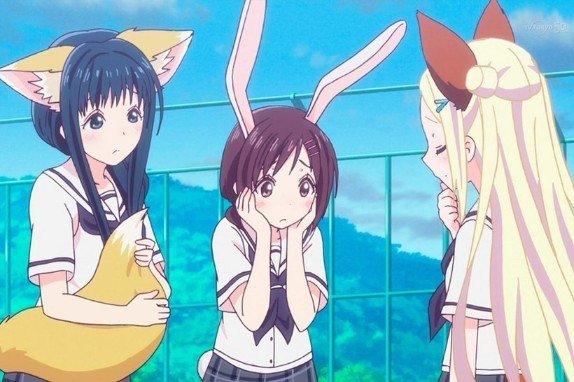 Hanayamata is one of those anime we call “cue doing things.” – similar to shows like Love Live.

What separates a show like Hanayamata is – it’s made by Madhouse, and there’s no fan service at all.

But none the less – the series is about a bunch of who get together in , and perform a Japanese dance called Yasekoi. 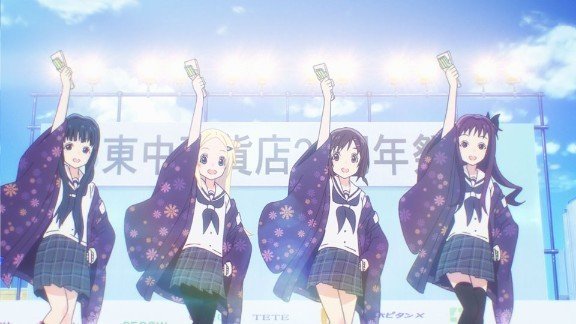 It’s a light-hearted series that’s nice to watch when you don’t wanna get into anything serious or deep. But instead – you wanna enjoy something lightweight, free of fan service, tropes or anything else you’d find inappropriate or over the top.

And of course – anime characters (girls) are about as as it gets… without being too “exaggerated” about it. 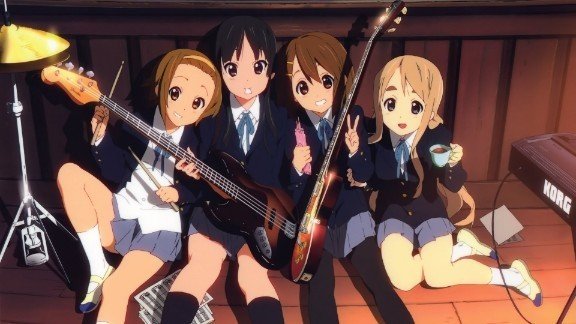 K-On is a in the slice of life genre of anime. In fact – K-On is the pioneer of what we know as “Moe” culture in anime.

You can thank Kyoto Animation for that since they’re the ones responsible for these types of shows, drawings, characters and styles of animation. 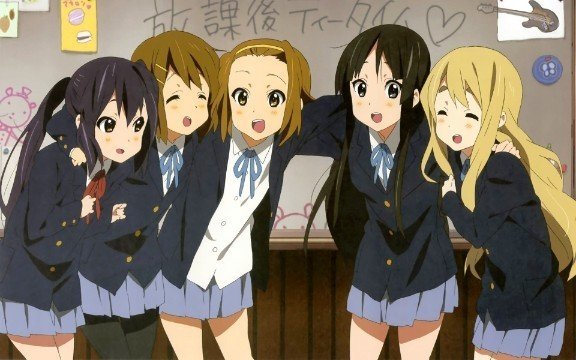 Unlike your average school series, there’s no real plot to K-On. It’s literally an anime about nothing.

And that’s really it. What you get in between all these moments and episodes is tons of humor, enough to kill yourself laughing. And some heart-warming episodes that will squeeze your heart until it bursts with adoration. 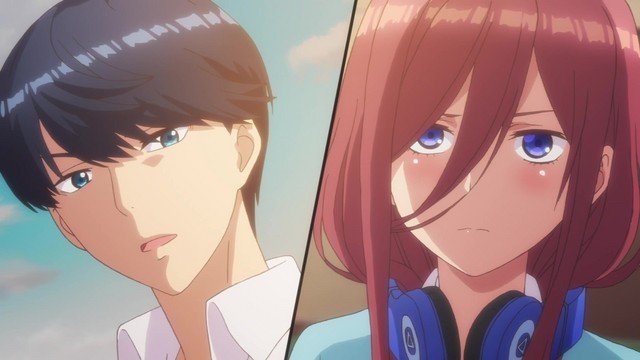 Quintessential Quintuplets is turning out to be a “anime series with more subtleties than comparable shows.

Futaro finds himself desperate for work in an attempt to pay off his family;s debt. And ends up becoming a teacher for 5 twins of a rich family. 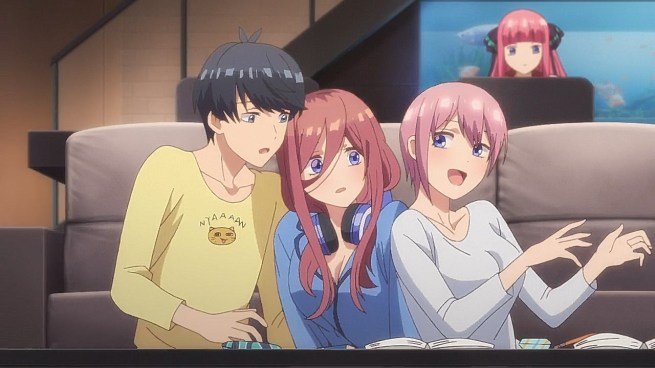 Each of them is apprehensive in their own way, annoying, hard to deal with or doesn’t care about their studies and being successful, academically.

But that’s a problem for Futaro since he’s supposed to be their teacher, and he’s committed to making the to pay off his debt. And that’s why what follows from there has been interesting so far. 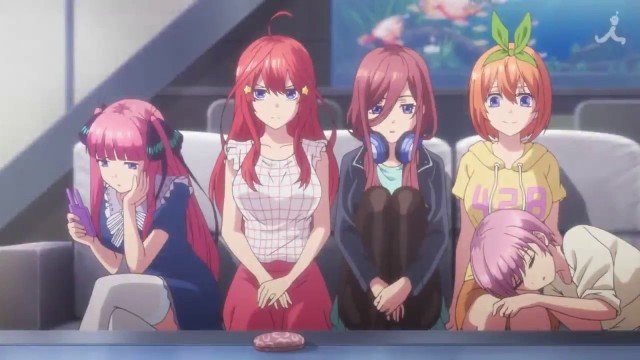 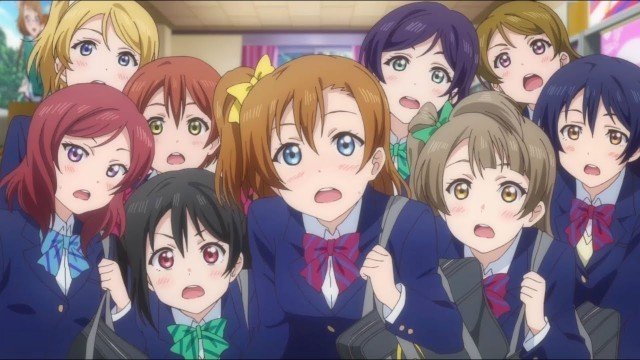 Love Live School Idol Project – this anime is so famous for its 9 main characters that it’s hard not to talk about how “CUTE” it is.

It’s another one of those “anime shows that focuses on Idol culture. A BIG thing in Japan. 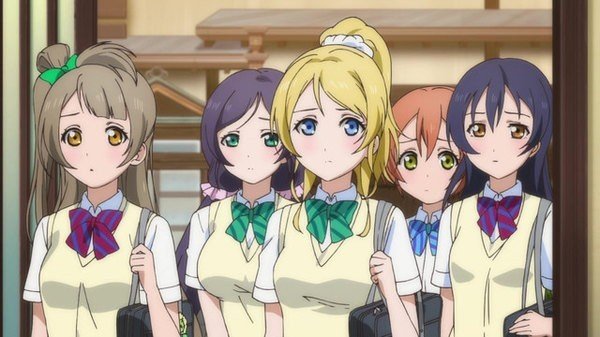 And the west has caught on to the idol hype because of shows like Love Live.

The heart warming episodes, plot, characters, pure comedy and how relatable the characters are (when things get serious) is part of its charm. 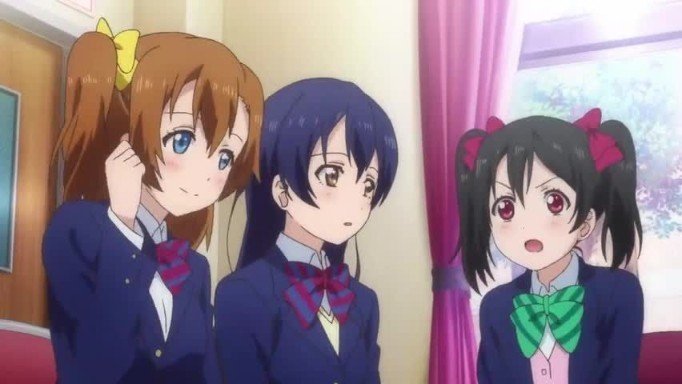 And you can’t exactly beat the facial expressions because of how unbelievably they are. 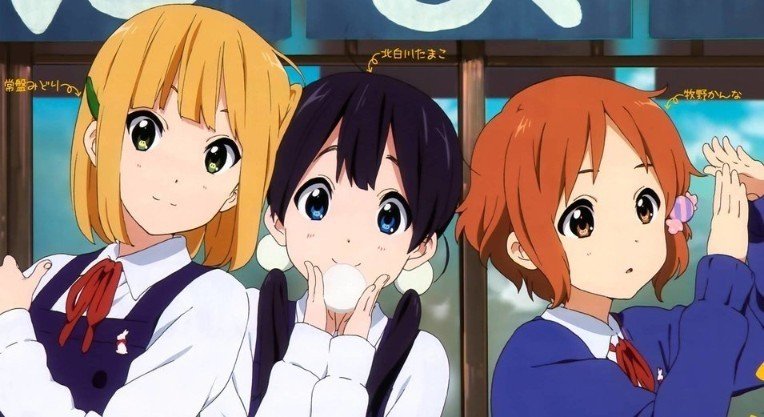 Tamako Market is produced by the same studio as K-On, which is: Kyoto Animation.

So you’ll notice some similar faces and styles that Kyoto Animation is known for.

I don’t say it much but this is one of the most enjoyable series I’ve ever watched in my history of anime.

Tamako Market is the kind of anime you watch after a long day. Because it eases you right in, and you get a taste of “Kawaii” while you’re at it as well. 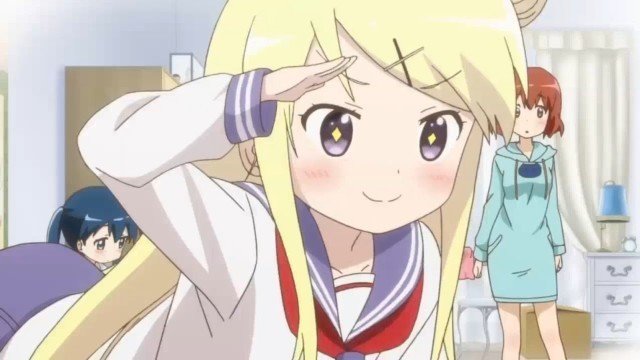 Kinmoza’s cuteness is best explained through images than words. The character designs are childish and simple. As is the plot.

But that’s why Kinmoza is the kind of anime that it is. 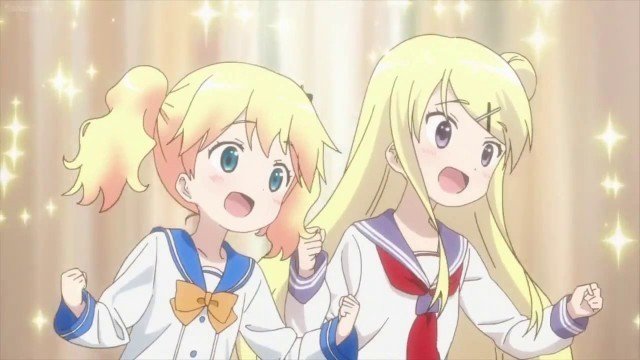 It’s not an anime you really have to think about or get too wrapped up in to enjoy it, since it’s simplistic and basic. 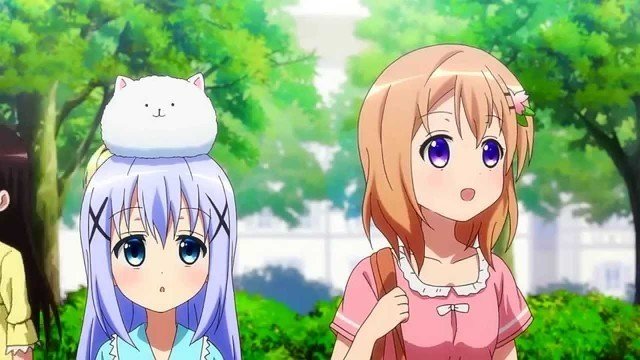 And this is kinda like a different version of “Kinmoza” – as it’s a girl anime with no real plot to story. Except who are so your eyes end up glued to the screen.

If it’s a simple anime series you’re looking for, Is The Order A Rabbit? will do just fine.

8. Chuunibyou, Love, And Other Delusions 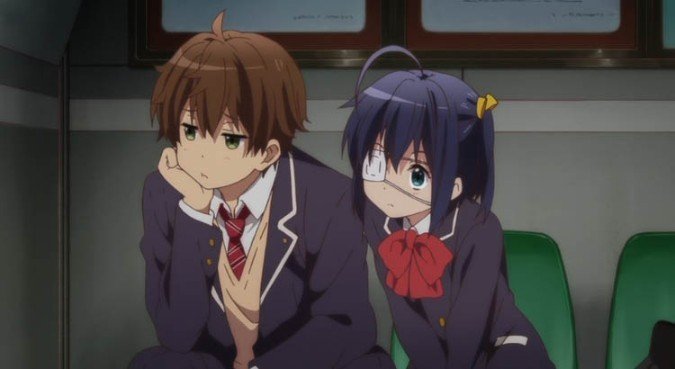 Chuunibyou is slang for “teenager who believes they have supernatural powers”.

Or in other words – somehow who’s still childish and believes they’re superheroes.

If that didn’t deter you from this anime, then you’ll love t for what it has to offer in terms of , comedy, cringe and of course…. love. 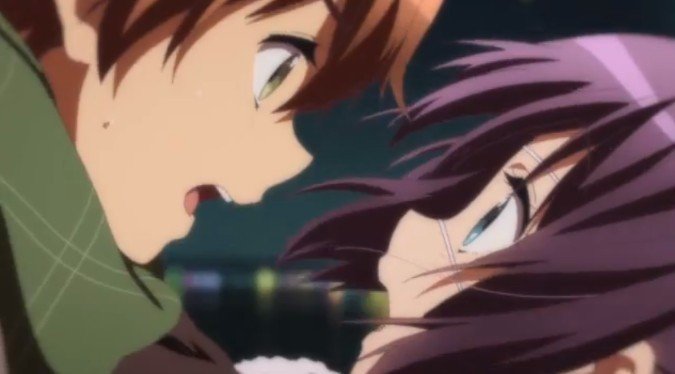 It’s not a Seinen series at all, but I enjoyed the relationship between Yuuta and Rikka. Even if it still hasn’t fully blossomed yet, because of the delay in putting out a 3rd season. 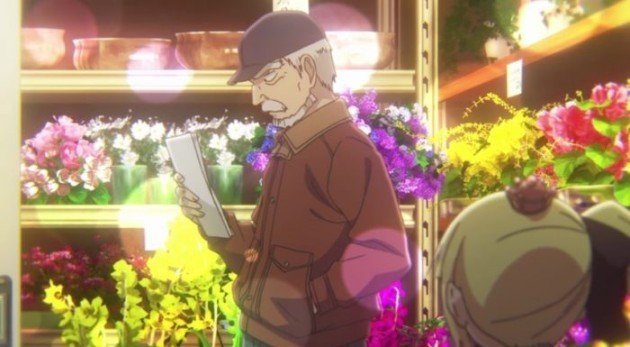 Alice And Zouroku is a good “pass time” anime series. Because the story is so mellow, chilled and easy to get into.

It almost feels like a even though it’s Seinen and adventure. And Sana Kashimura is cute as it is, anyways! 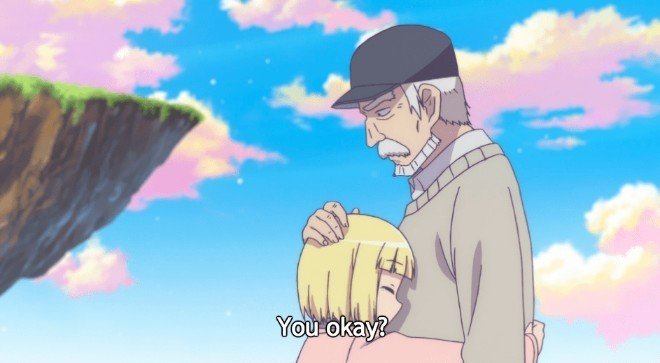 And that’s despite the battle scenes you tend to see in this anime series (even if they’re few and far between). 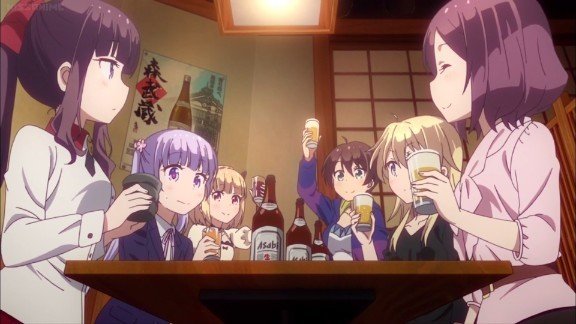 New Game is a good anime if you’re interested in programming, coding, or how the gaming industry works behind the scenes.

The main difference in this case is New Game focuses on female characters, and the faming industry from a woman’s point of view in the business. 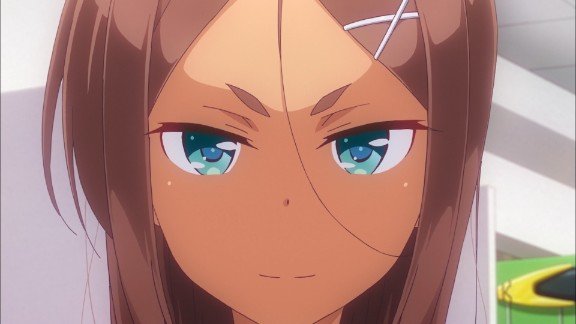 Like Umiko Ahagon for example, the lead programmer in the company: Eagle Jump. And the main character: Aoba Suzukaze, an 18 year old with the dream to work in producing video for a living. 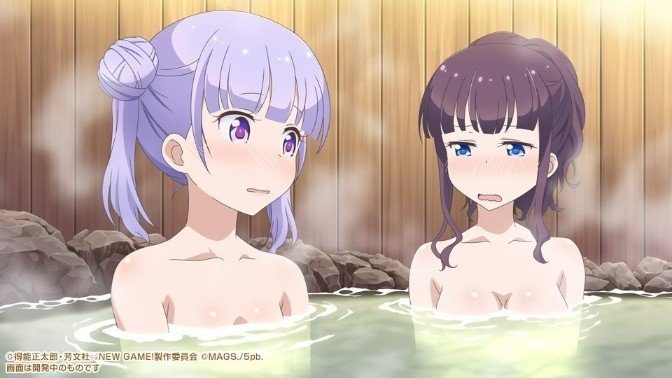 Expressions, characters, designs and animation – “mature than most shows in the genre. 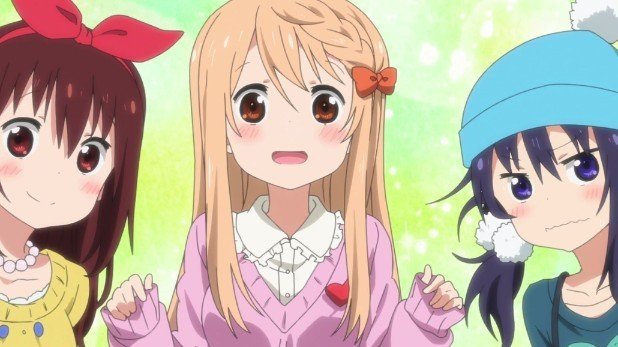 Himouto Umaru Chan is slang for “my two faced little sister”. Because Umaru Doma is a perfect girl while outdoors and in . With looks and good grades. 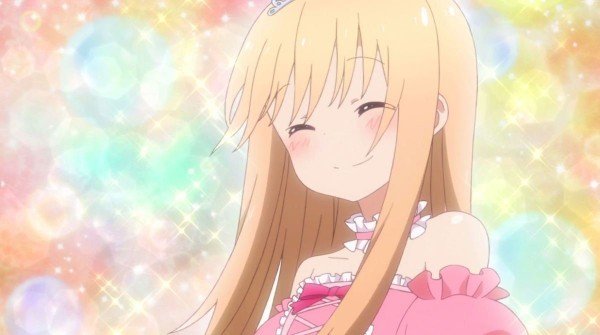 While on the other hand she’s a little sh** who sits around doing nothing all day. Begging her big brother to do things for her, and eating potato chips while playing video . 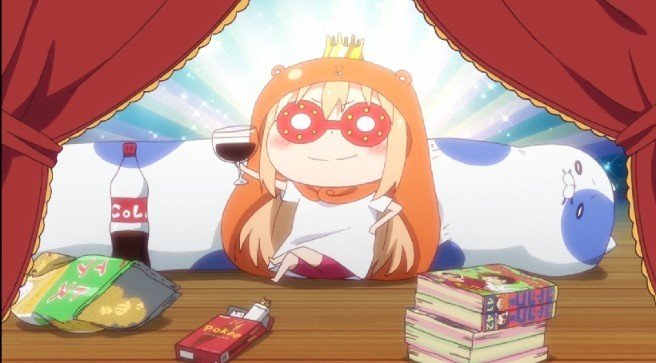 But all the drama and comedy aside – this is a cute series and it has its quirks where it counts.

And it’s hard to walk away from a series that manages to be relaxing, while giving you some of the most ludicrous comedy and characters to go with it. 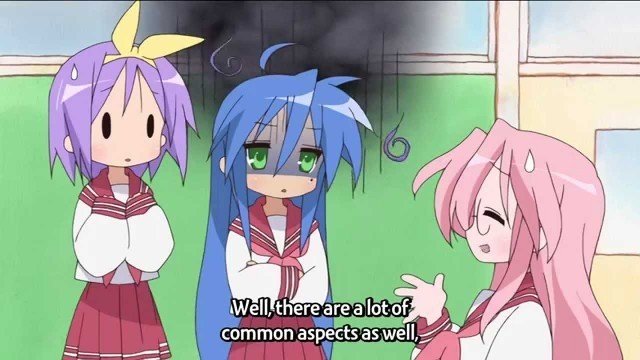 Finally – the last anime worth mentioning on this list for “anime shows” is Lucky Star. And surprise surprise – it’s produced by Kyoto Animation! The king of Moe. 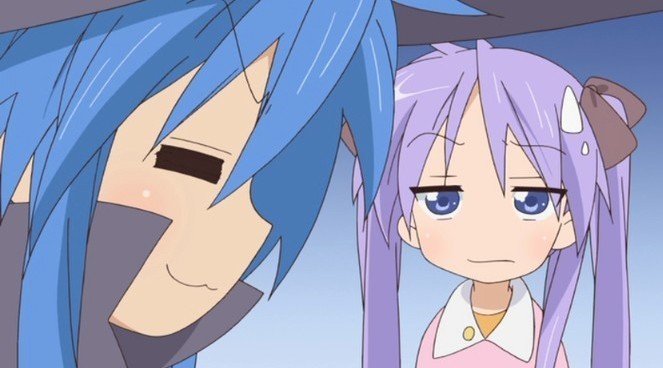 Or at least this is true in the case of Konata Izumi and Kagami Hiiragi. 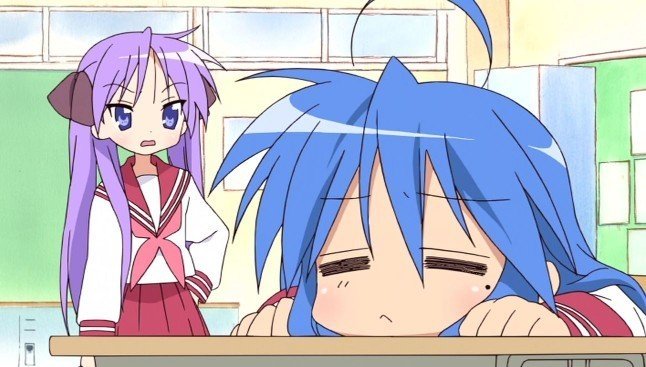 You won’t find a plot here except a bunch of in college who love gaming, otaku culture, and the silliness that comes with it.

So I wouldn’t go into Lucky Star expecting it to be a serious anime series, because it’s not. It’s just cute.

Looking For Isekai Anime? Then You Don’t Want To Miss These 15 Anime Shows!