Skilled Teaser Takagi San has a new 3rd season, and it’s now airing. The has been a wholesome hit since it started some years back.

It’s about 2 characters, boy and girl. Takagi San teases this boy that she likes, similar to how Nagatoro teases Senpai.

It’s done in a type of context, and this is what makes everything wholesome and touchy-feely. Especially with each season.

Expect to see hints of romance.

Here’s some that are similar for Takagi San fans!

1. My Dress Up Darling 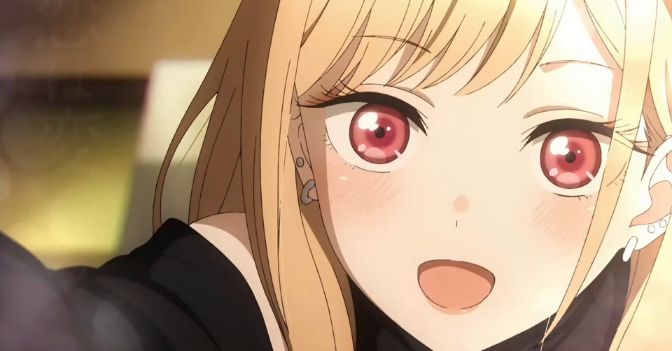 My Dress Up Darling is the new series airing this season, Winter 2022. And it’s adapted from a wholesome, successful .

It’s about Wakana Gojou, a guy who got into making and being in the business of doll making because of his grandfather.

This interest makes him seem weird to most people as they don’t try to or want to understand it since he’s a guy.

After a chance encounter with Marin Kitagawa, a girl who’s a Otaku and loves to cosplay, they start working with each other and become friends.

The wholesome romance and slice of life takes off from there.

The adaptation is on point, and fans will love it.

Related: 9+ Anime Like My Dress Up Darling Fans Will Appreciate 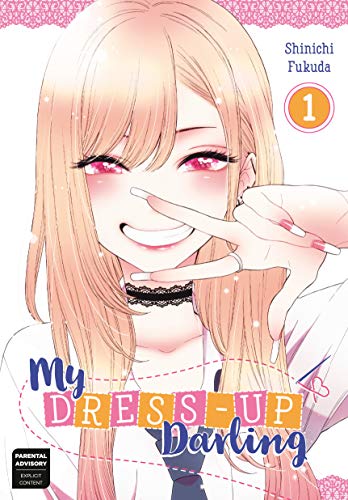 My Dress-Up Darling 1 Start Shopping
We earn a commission from Amazon & other affiliates if you make a purchase at no additional cost to you. 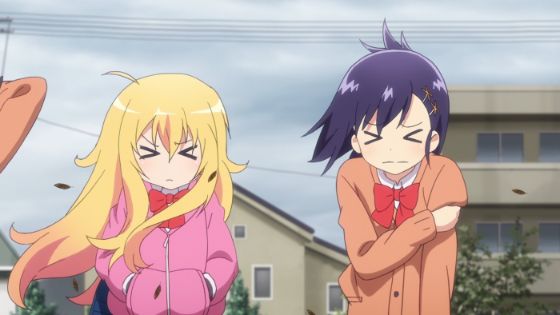 Gabriel Dropout is an series with supernatural elements, but at its core Takagi San fans will enjoy this for its similarities.

Gabriel, an angel, comes to earth to essentially learn and study. But instead she becomes lazy and decides to play video games all day instead. And live the Otaku life.

This is an act of rebellion since she’s used to acting prim and proper, and being politically correct back in heaven. So she’s had it with not being free to do what she wants.

Other angels and even demons come to earth as well, and in one way or another, they hang out and associate with other. And even become friends and go to school.

The comedy is fresh, the episodes are wholesome, and a new season is what this is in need of. 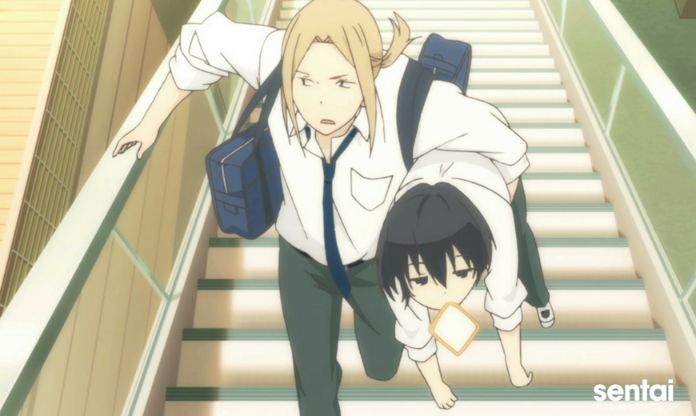 Tanaka Kun Is Always Listless, it says it all in the name. Tanaka Kun only does things he feels are necessary, and doesn’t waste energy on pointless activities.

His friend Ohta is one of those friends you can trust for life, and he has a good character and moral values.

Other characters like Miyano are , SMOL, and add to the ‘s unbelievably relaxed and laid back vibes. With comedy here and there.

If you want an you can literally fall asleep to because it’s so chilled, this is it and even more. 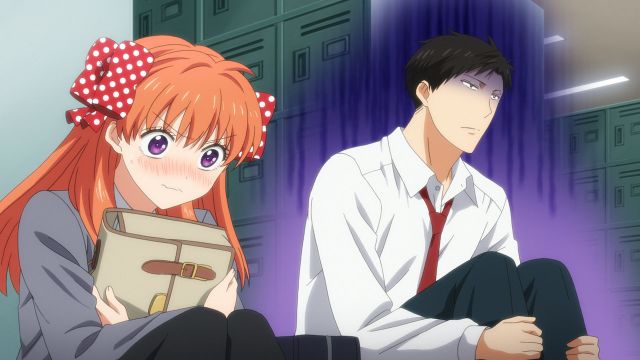 Monthly Girls Nozaki Kun is about Chiyo Sakura, a girl who likes Nozaki Kun, but he never notices her signals and subtleties.

This is more about parody so it focuses on making fun of cliches and tropes, rather than trying to fulfill the characters romantic interests like in other rom com series.

Even with that in mind, you’ll still find this is wholesome with a fresher approach to similar in the genre.

5. The Art Club Has A Problem 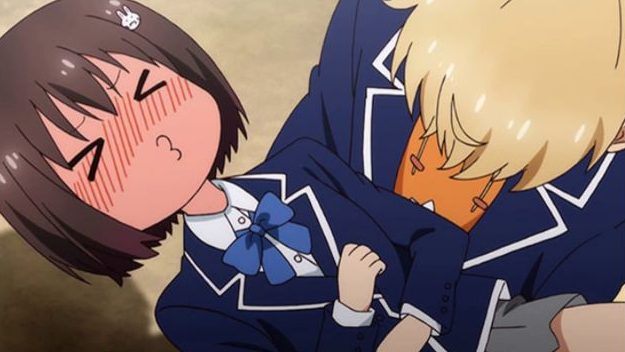 The Art Club Has A Problem is an about Subaru, a blonde teenager who’s an Otaku. And insists that he’s only interested in 2D waifu’s.

He even draws his own waifu’s, annoying characters like Usami Mizuki who secretly is interested in him. But only mildly.

Their “art club” is the center of the ‘s focus, and where a lot of the comedy and nonsense takes place.

It goes beyond the art club though and there’s other aspects to it that makes this worth watching. It’s a stand out, and somewhat underrated  in its genre. 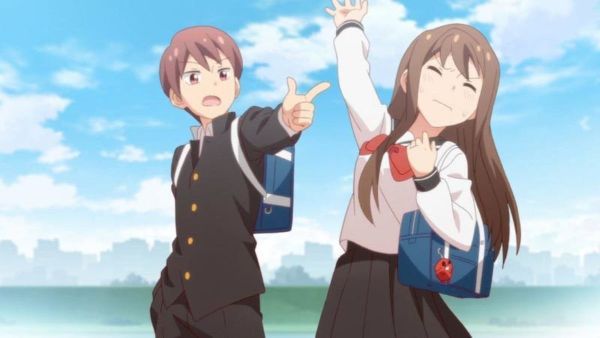 Tsurezure Children is an with a LOT of romance couples. Let’s put it like that.

Each episode focuses on a different set of couples, potential couples, what they’re up to, and how the romance is progressing.

The comedy can get ridiculous but not necessarily in a bad way.

The MAIN stand out difference with this series is each episode lasts 12 minutes. Making it half of what you usually see in rom com .

This makes everything feel different. 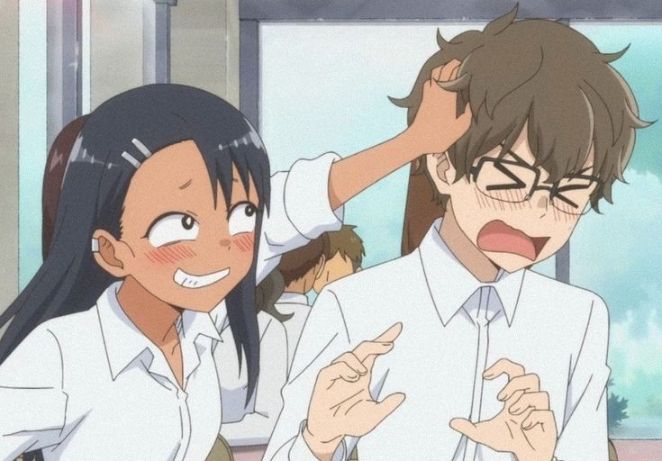 Nagatoro San, or Don’t Toy With Me, Miss Nagatoro is closely related to Takagi San. Just with different layers and a different approach to comedy and romance.

Nagatoro starts out as a bully. She takes advantage of “Senpai”, and manipulates the situation for her own entertainment.

This is why the rubs some people the wrong way, or why it did when it first aired.

This approach then turns into something more wholesome, romantic, and “fun” as their relationship progresses, and Senpai stops being a mug and a straight up doormat anyone can step on.

Takagi San is definitely the more pleasant of the two .

Relevant: 9+ Of The Best Anime Shows Like Nagatoro San

8. Uzaki Chan Wants To Hang Out 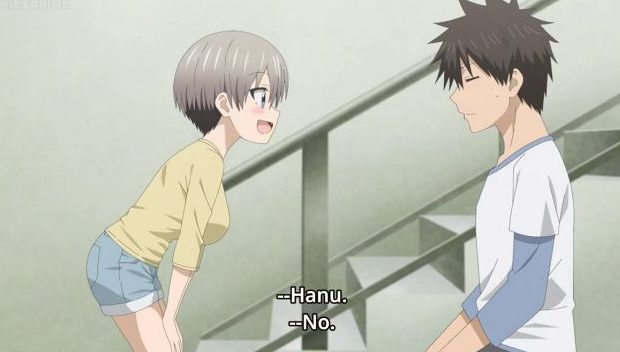 Uzaki Chan is the best balance between Takagi San and Nagatoro San. Meaning it doesn’t go as far as Nagaotoro with its teasing, but it’s not as “” as Takagi San.

As the name implies, Uzaki wants to chill and hang out with Senpai. A guy who’s an and likes minding his own business, which is why Uzaki is a  nuisance to him.

In a cliche fashion, this changes overtime and their relationship starts to grow. But not before a lot of ECCHI moments take place.

Keep this mind if you’re gonna watch. It’s Ecchi after all, and that’s one aspect that makes it alien when comparing to Takagi San. 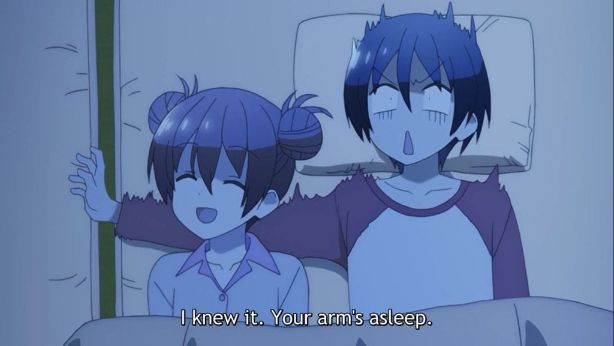 Tonikaku is an that has few comparisons for how wholesome and romantic it is.

Tsukasa Tsukiyomi saves the life of Nasa Yuzaki, a man she later goes on to marry. This comes about after Yuzaki confesses after Tsukasa saves him from being ‘D.

They move in together, sleep together, hold hands, get to know each other, and take small steps day by day. And you see it play it wwith each episode.

The pacing is spot on, the interactions wholesome, and the conversations a treat for romance-nuts.

It’s diabetes in the form of .