Great Teacher Onizuka is an old school version of Assassination Classroom. That’s a good way to think about it for its life lessons, quotes, and wise words you can learn from it.

So with that said – let’s get into the meat of this post! 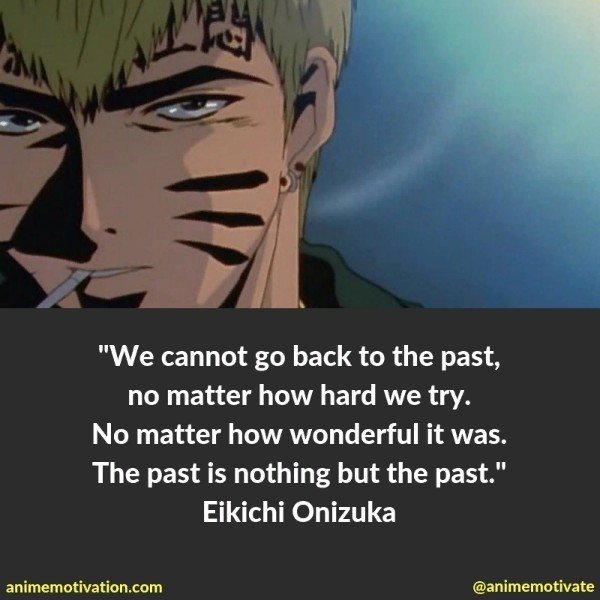 “We cannot go back to the past, no matter how hard we try. No matter how wonderful it was. The past is nothing but the past.” – Eikichi Onizuka 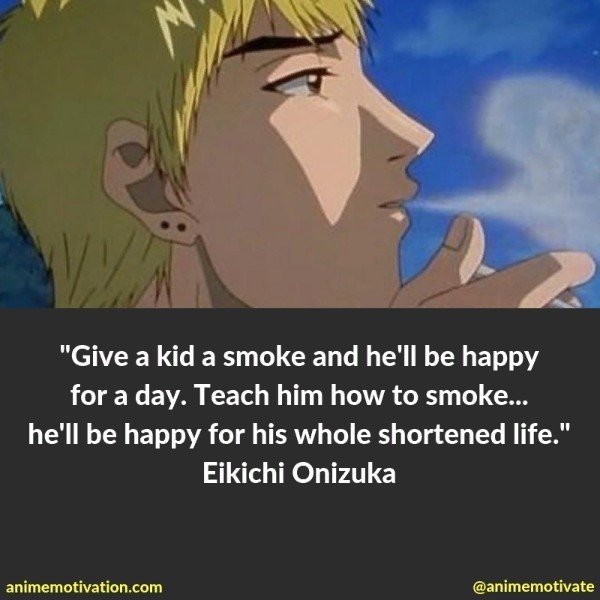 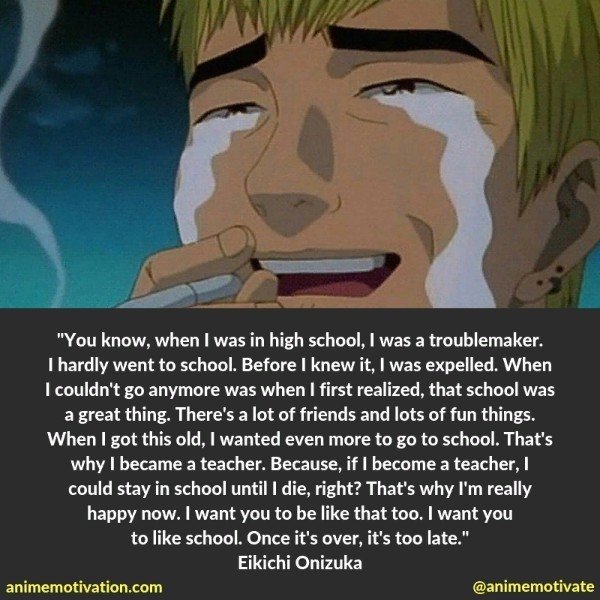 “You know, when I was in high school, I was a troublemaker. I hardly went to school. Before I knew it, I was expelled. When I couldn’t go anymore was when I first realized, that school was a great thing. There’s a lot of friends and lots of fun things. When I got this old, I wanted even more to go to school. That’s why I became a teacher. Because, if I become a teacher, I could stay in school until I die, right? That’s why I’m really happy now. I want you to be like that too. I want you to like school. Once it’s over, it’s too late.” – Eikichi Onizuka 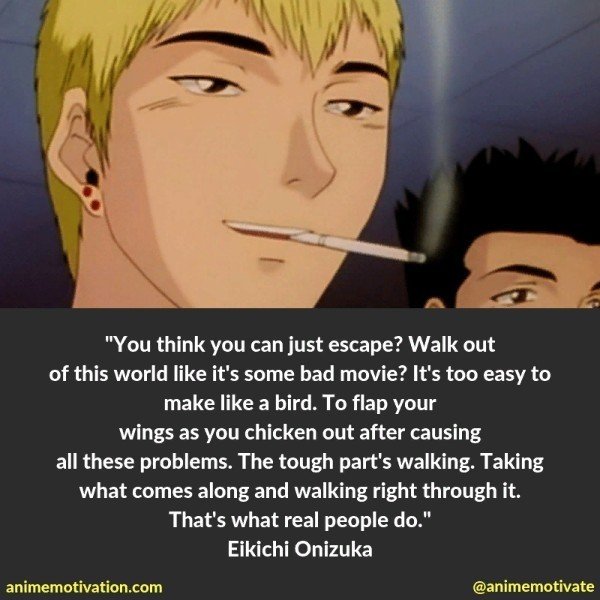 “You think you can just escape? Walk out of this world like it’s some bad movie? It’s too easy to make like a bird. To flap your wings as you chicken out after causing all these problems. The tough part’s walking. Taking what comes along and walking right through it. That’s what real people do.” – Eikichi Onizuka 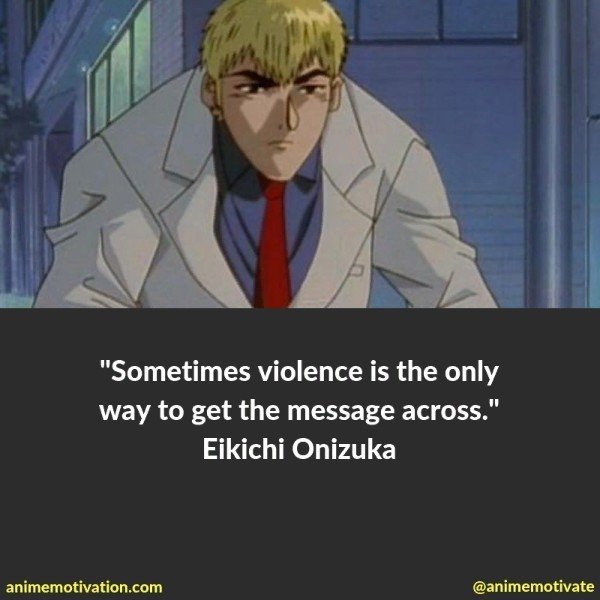 “Sometimes violence is the only way to get the message across.” – Eikichi Onizuka 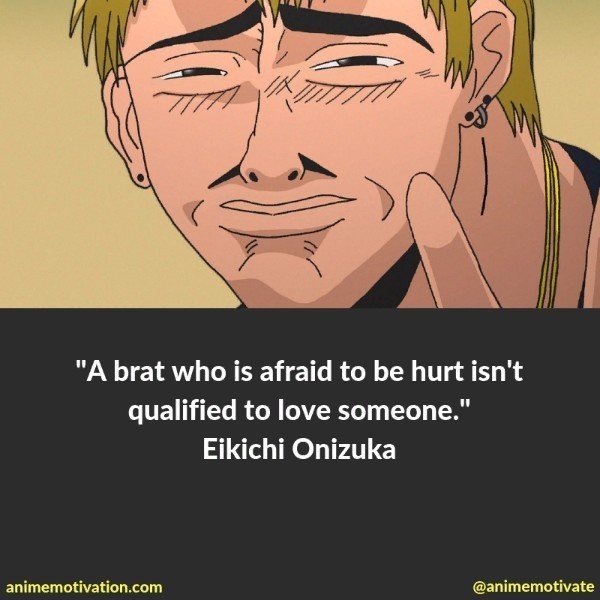 “A brat who is afraid to be hurt isn’t qualified to love someone.” – Eikichi Onizuka 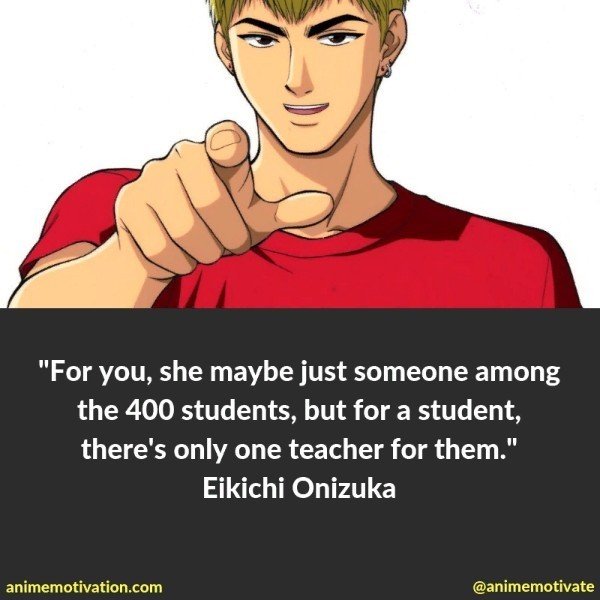 “For you, she maybe just someone among the 400 students, but for a student, there’s only one teacher for them.” – Eikichi Onizuka 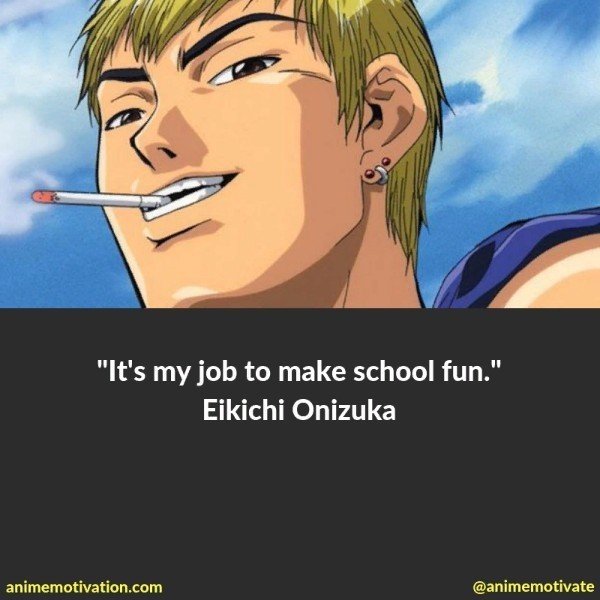 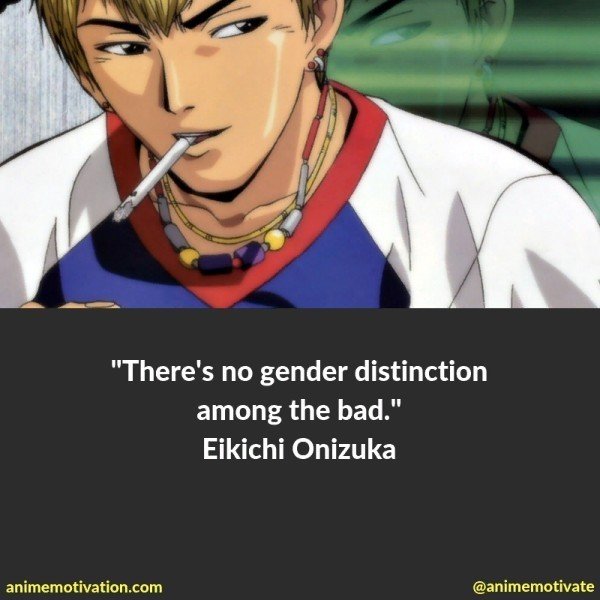 “There’s no gender distinction among the bad.” – Eikichi Onizuka 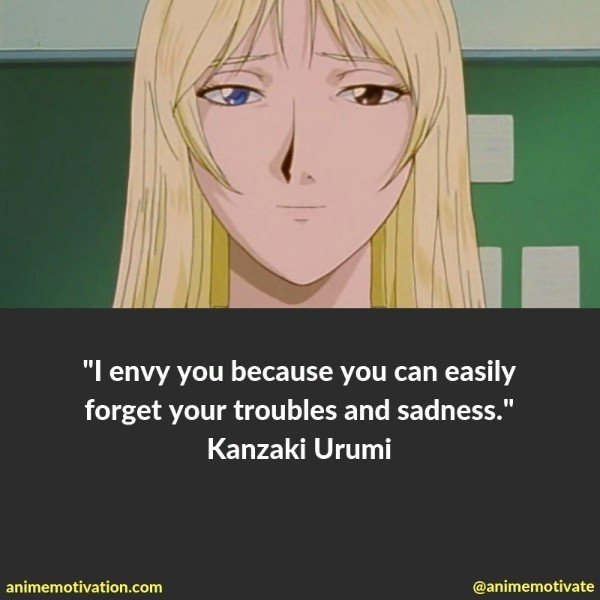 “I envy you because you can easily forget your troubles and sadness.” – Kanzaki Urumi

The Greatest List Of Quotes From Classroom Of The Elite

No Game No Life Quotes That Are Thought Provoking