You’ve probably had a senpai at least once, whether you’re a student, a paid worker, or a couch potato. A senpai is someone with more experience than you or who has held a position longer than you.

In Japan, “senpai” and “kouhai” express respect and gratitude, respectively.

Senpai is more than just a meme, in my opinion. It’s a term of endearment used to refer to someone who has gone before and who works to care for those who may someday fill the same role.

Of course, when it comes down to it, some senpais are better than others, which is why we’ve put together a list of the 20+ Senpai anime characters. 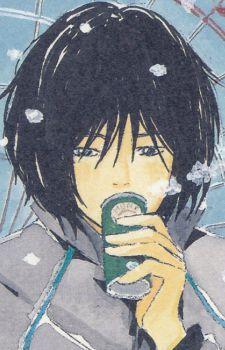 Yuuta, Takumi, and Shinobu are three poor college students sharing a small apartment. They then encounter Hagumi, a young child with special abilities. Shinobu is most likely not the senpai you initially pictured.

He frequently disappears for a long time and is unreliable. But Shinobu provides by keeping an eye on his kouhai and makes an effort to assist them in times of need.

He might not be the most dependable senpai, but you can rely on him. 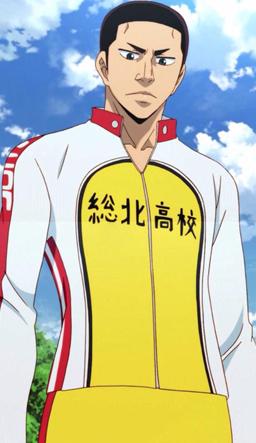 Any one of Yowamushi Pedal’s third years from the first arc could be considered a top-tier senpai. Still, it’s difficult not to view Kinjou Shingo as a cut above.

His entire being is devoted to the sport of cycling, and as team captain, he does everything in his power to make his team as a whole better. To ensure that those who follow him are ready for the challenges, he always looks for methods to improve people.

He is also not hesitant to speak the hard facts just for them to learn. Kinjou is the kind of leader that never disappoints you. 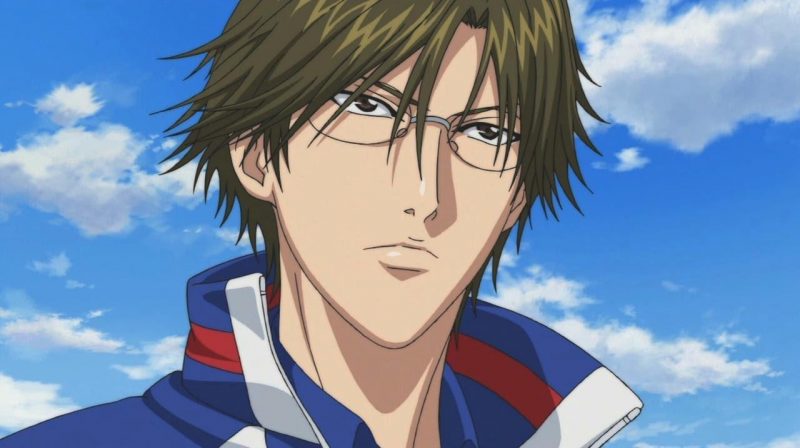 Tezuka is the Seigaku tennis team captain in his third year of , making him the senpai of many squad members.

Tezuka is perhaps the anime senpai character that most people picture when they hear “senpai” due to his grave, stoic, and highly educated persona.

As a senpai and team captain, Tezuka must impose penalties for rule violations. Yet, he is always fair and does not show favoritism. Tezuka is the kind of senpai that most of us desire. 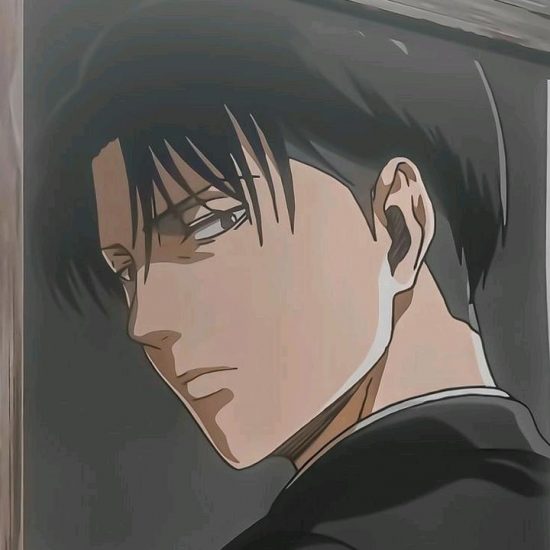 On the surface, not all senpais appear to be kind and loving. Others provide support in less visible ways.  Attack on Titan’s squad captain for the survey corps, Levi Ackerman, belongs to the latter group.

He’s not the kind of person people would instantly think of as someone whose attention would be attractive. He’s cranky, stern, and ready to knock soldiers’ senses into them at a moment’s notice.

Even though Levi has an attitude, The Scouting regiment follows and trusts him with such dedication. He watches out for his team members, always prepared to find a method to keep them safe. 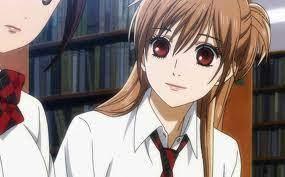 In elementary school, Chihaya met Arata, who introduced her to the world of Karuta. Chihaya first experienced the thrills of playing competitive Karuta with Taichi and Arata until Arata had to move away.

Chihaya continued to play till in the hope of one day seeing Arata. Chihaya values each member equally and works to bring out their inner karuta player.

Chihaya is the kind of senpai that doesn’t play the senpai card; instead, she strives to be a decent senpai who can work well with others. 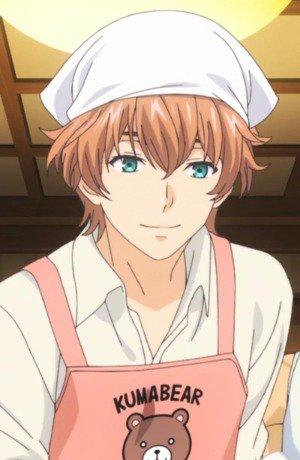 Many people in Shokugeki no Soma may be regarded as good senpais. Still, few are as admirable as Satoshi Isshiki. Isshiki, the oldest resident of the Polaris Dormitory at the Totsuki Institute, watches after all the school’s freaks and rejects.

He assists them in developing innovative ways to enhance themselves and their recipes.

As the series continues and his kohai is hunted by more skilled opponents, he meets them down. He reveals skills he generally keeps hidden unless necessary. 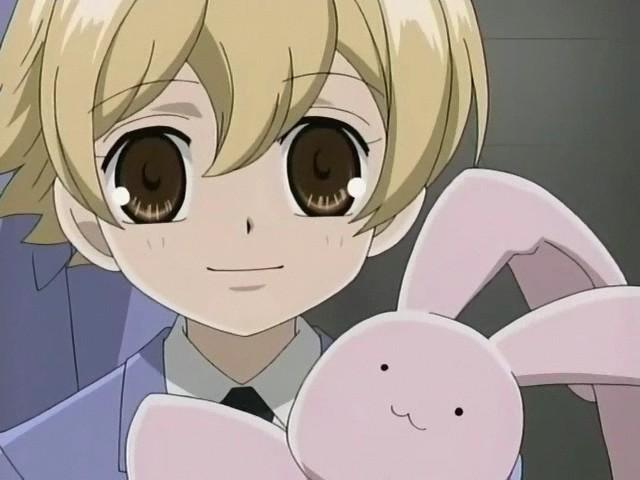 Most of the elite Ouran students are wealthy kids with lots of time, money, and power. You would never believe that Hani, the adorably shota of the Ouran Host Club, is a third-year student or a martial artist.

He is someone to be admired because of his heritage and talent! Just make an effort to treat him with respect as he rides on Mori’s back.

Hani is the kind of anime senpai with whom you can chat and unwind. Just don’t steal his cake away. 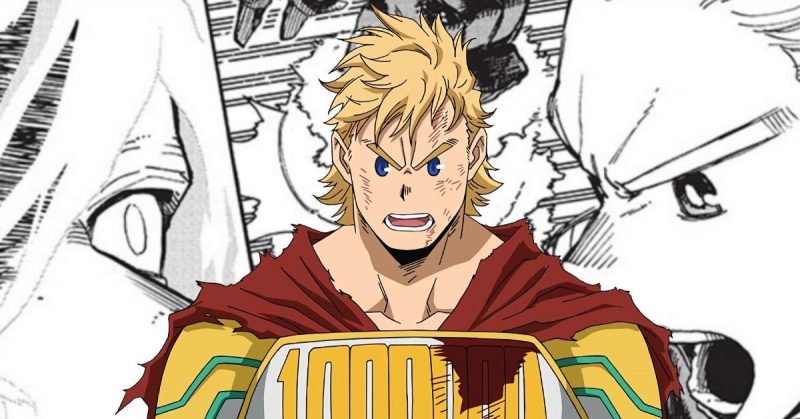 It says something when one of the series’ protagonists stands out as the most encouraging and motivating of all the senpais. But there’s just no other way to fully define Mirio Togata, a.k.a. Lemillion, from .

Mirio is likely the epitome of what a hero should be: joyful, optimistic, and fiercely committed to acts of bravery.

He became known as one of the “big three” in his for both saving and mentoring those less fortunate than himself. 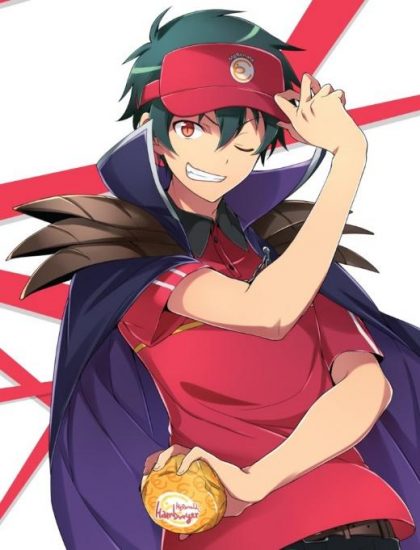 Maou is the devil king, but once Hero defeats him, he is cast into another world. Our world! Maou, whose desire for power hasn’t faded, is looking for it.

Still, he must find a job at a nearby fast-food restaurant to cover his living expenses. As a senpai, Maou does a fantastic job of comforting Chiho and assisting her in improving. However, his focus is constantly on performing better in his career.

Maou is one of those anime senpais who takes his work seriously, and you can’t help but admire him for his commitment to it.

Related: 19+ Demon Anime Series You Shouldn’t Miss Out On 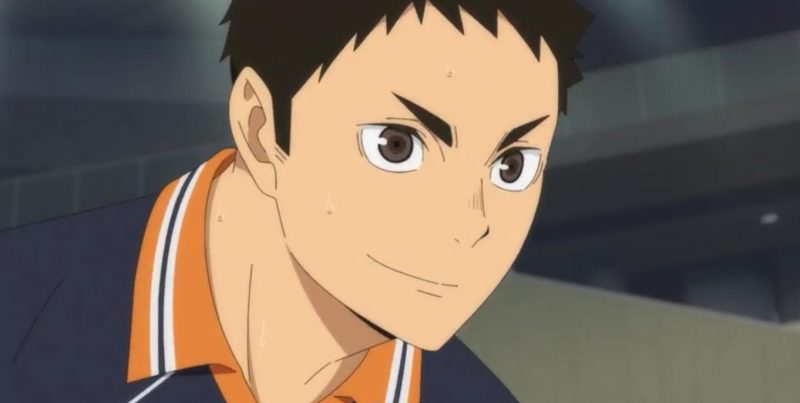 Daichi Sawamura’s character arc in Haikyuu is characterized by his willingness to give everything, even though he knows he might never see the rewards of his effort, despite that it is never easy.

He enrolled at Karasuno Highschool to play on their formerly dominant team. He discovered that it had changed and felt obliged to try rebuilding it from scratch.

He motivates his younger students to surpass him and lead Karasuno to the highest level of success.

As a good senpai, he is not disappointed that he could not help them reach this point; instead, he is pleased that the goal was gone and that others could share his passion for the game. 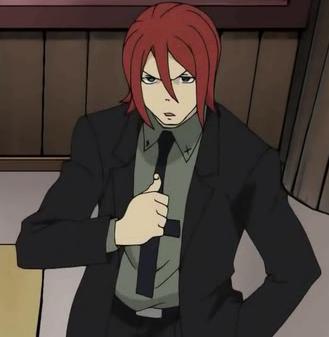 To build a Death Scythe, three groups of students—three pairs—must gather 99 wicked human souls and the soul of a witch.

Spirit may spend his days at a local hostess club and despise himself for his broken family. Still, no one can deny that he is an outstanding anime senpai.

Even if his other qualities are not as admirable, Death and Stein’s faith in Spirit shows he is trustworthy.

Spirit may not be the kind of husband someone would choose, but he is a trustworthy Death Scythe. He holds the Shinigami Technical School’s security in his hands. 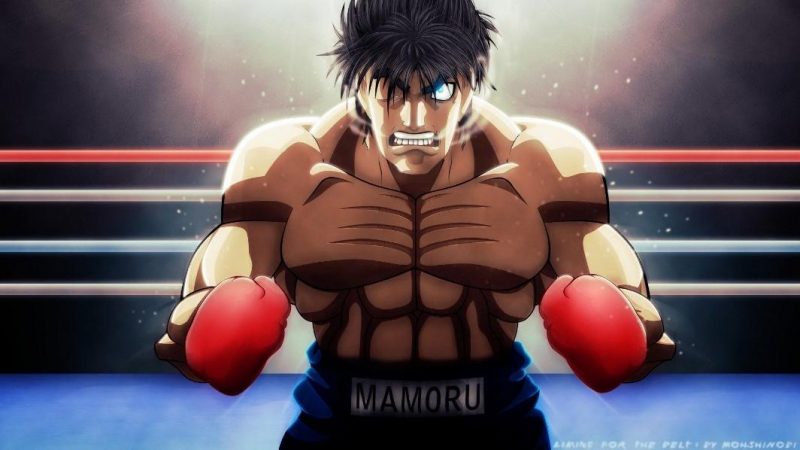 He has no desire to improve, and by acting in a less-than-honorable manner, he frequently alienates others. Even so,  He is responsible for the development and improvement of most of the main characters in the series, including Ippo, Miyata, Kimura, and Aoki.

Despite the torturous training, they could rely on him to help them realize their wildest ambitions and know that he will watch out for them until the day he dies. 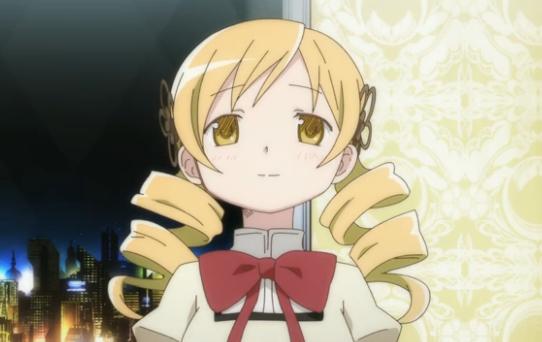 Mami is a cut above the rest when it comes to anime senpai. As a responsible senpai to Madoka and Sayaka, Mami does her duties.

She puts a lot of effort into keeping the world secure, but she still makes time to keep an eye on Madoka and Sayaka. 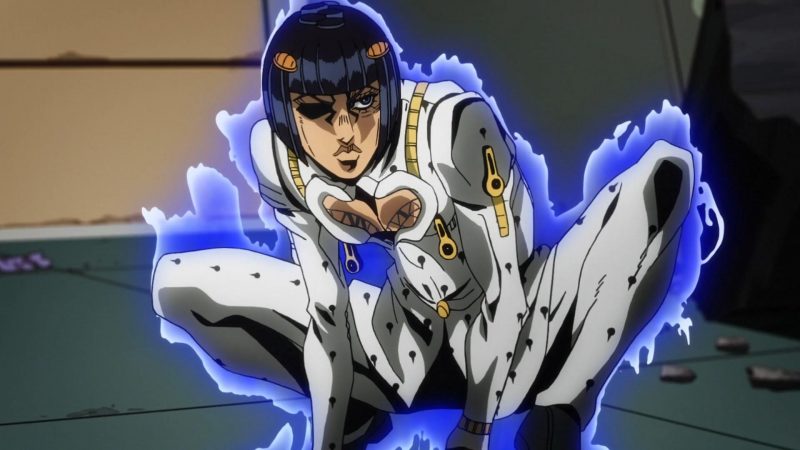 Given that criminal organizations are typically composed of people who prioritize their own interests over others, one might not anticipate finding many great senpais there.

Bruno Bucciarati of Passione is a notable exception, though. Bucciarati wants to get his men out of every battle alive, unlike other generals who are content to toss their men into action like cannon fodder.

When possible, he plans to keep them out of harm’s way and will engage the adversary head-on if it means everyone else may escape unharmed. 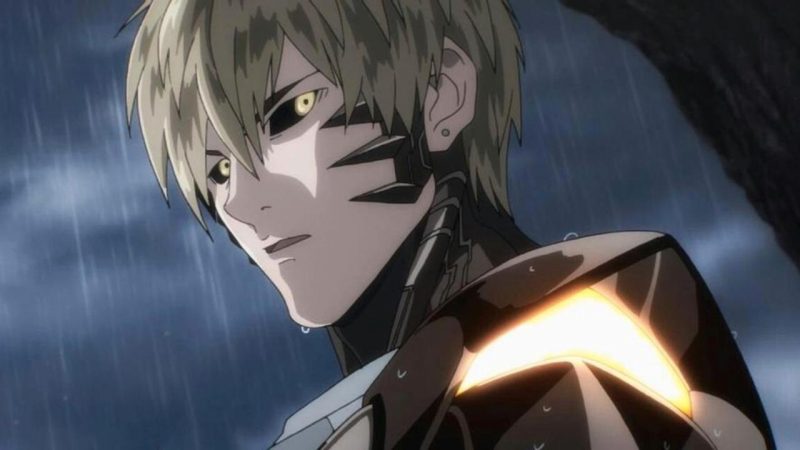 Although Genos frequently addresses Saitama as “sensei,” Genos is given the S-class hero designation when applying to be a hero, placing him above Saitama, who was given the C-class title.

Saitama gets additional guidance from Genos on how to be a hero so that he can rise in rank, even though Genos is constantly trying (in vain) to discover Saitama’s secrets.

Saitama receives the direction he needs from Genos to become a true hero. However, Genos is one of the strongest S-class heroes. Thus, his skills shouldn’t be doubted. 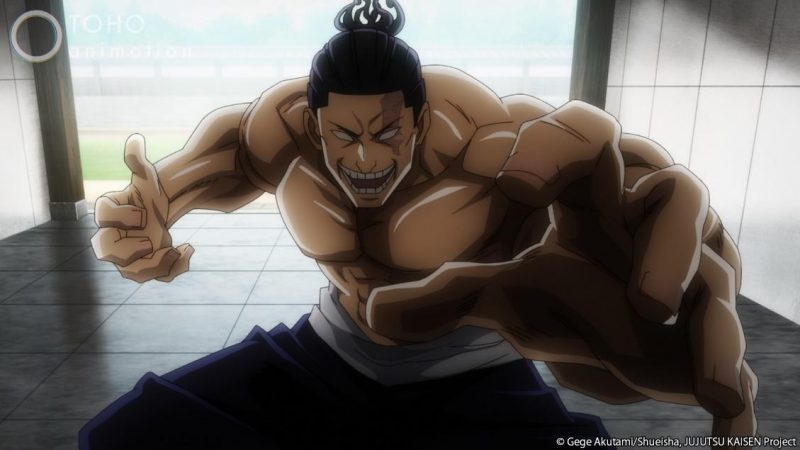 He’s violent and unpredictable and just as likely to punch someone in the face as he is to ask about their preferences. He is an expert at unleashing the dark forces hidden within people and can bring out the actual power in those he trains.

Regardless of how little time they have spent fighting together, he has an innate trust for them and will go to any lengths to help them out of a jam.

Of course, he’ll still display his freakiness by engaging in all his worst traits. 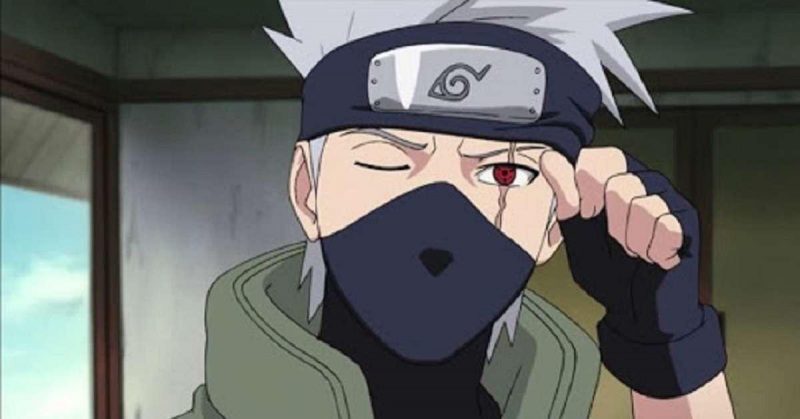 Kakashi is a respected senpai and a shinobi with extensive life and fighting experience, all of which aid him as a teacher.

While Kakashi often offers tips on how to behave in battle, he also has a wealth of life experience to share with those in need. Although Kakashi first gives the impression of being a slacker, he is not the kind to flee from danger.

He will put himself in danger to save his students and kouhai. As a fantastic senpai, Kakashi is beyond question! 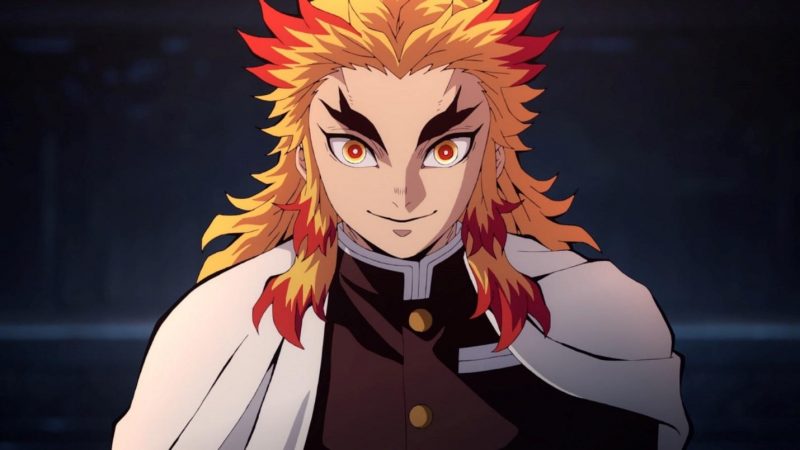 Kyojuro Rengoku is everything people look for in a senpai concentrated into a single priceless himbo. It is so good, pure, and short-lived that it hurts.

Rengoku approaches every obstacle head-on because he is fiercely committed to safeguarding the people around him.

He will take on even the most formidable demons with a smile since he knows those he protects will carry on his devotion. Titan-like girls are causing mayhem in the defenseless kingdom, and it’s your job to make a difference as a hero, and save the world! There are over 2000 stages to get through. 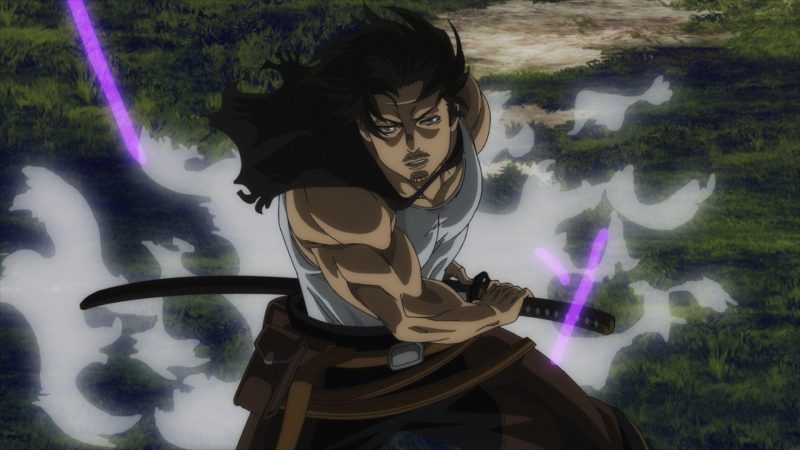 Yami is impolite, careless, a little hypocritical, and prone to making threats of death whenever he is provoked. Although none of the other Captains would give Asta a chance, he is a strong and well-respected Magic Knight who can see his qualities.

Also, he favors assigning risky missions to his subordinates to show them “tough love.”

He thinks it’s the best way for them to overcome their boundaries and get stronger. Despite his squad’s lousy reputation, Yami never discriminates against his members and always looks up to them. 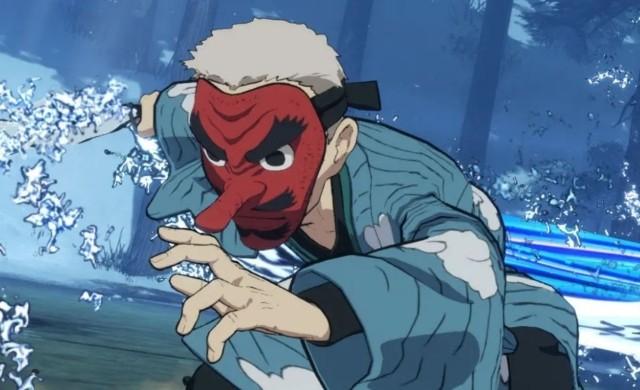 Despite first giving the impression of being a gruff, cranky old guy, this personality is incredibly caring.

One of the few Corps figures to fully trust Nezuko to never eat a human, he pushes his trainees hard but also cares for them and sees them as family.

Likewise, he believes Tanjiro will discover a means to bring back her humanity.