Do you love sports and ? Looking for to watch during summer vacation?

There’s a lot of out there that one could watch and could binge within one sitting.

If you want to try a sports or watch one that you haven’t watched yet, you’re in luck!

Down below is a list of new or recent sports that’s either short or long. 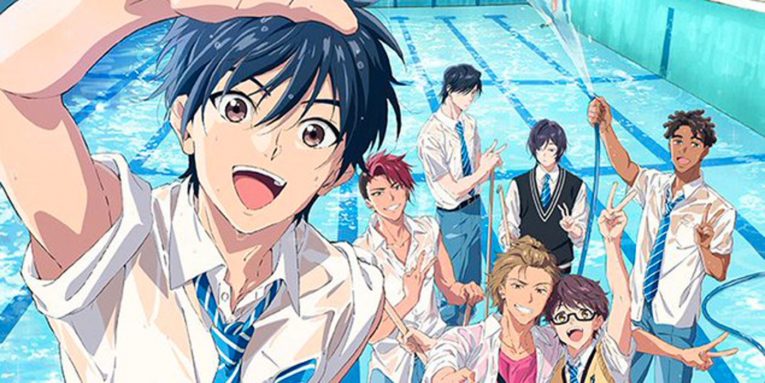 A boy who had quit playing water polo decided to rejoin a water polo team in high school.

Looking at the trailer and scenes on youtube, the animation looks beautiful and I think those that are into water polo should get into this .

Check out the trailer and see for yourself. 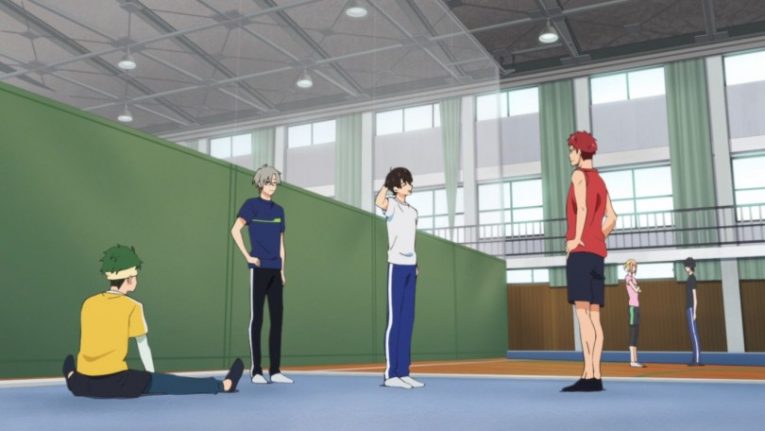 It’s about a middle school boy who never became good at baseball as he was mostly like a benchwarmer.

The series is currently airing in Japan and has twelve episodes. The music is great to listen to along with the animation of the opening and ending songs.

You can clearly see that there’s like a 3D scene within the song itself. 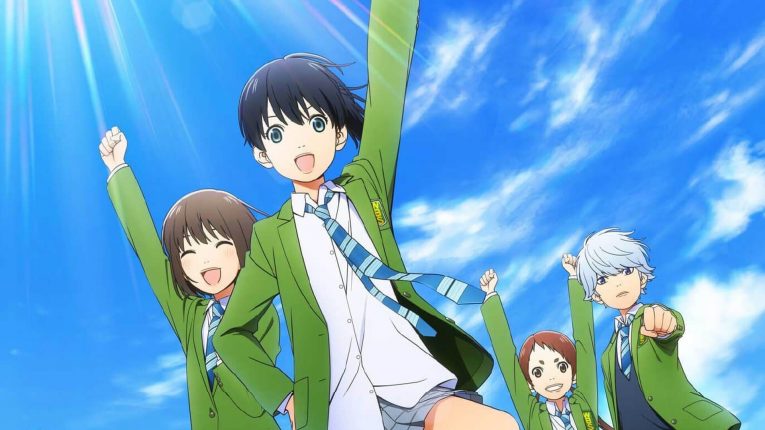 Two girls are soccer stars from their middle school as they enter high school.

They decided to join the soccer team and to bring their high school to the top.

The series is still airing in Japan and the English of it is still in print.

If you like soccer, this series is good and the drawing of the characters is a bit different.

I do like the opening and ending songs and the animation is good.

There’s a total of 10 episodes so it’s a short to watch.

It’s from experience and life lessons that Masaki has to learn as he enters adulthood.

The series is short and can be binge watched in one sittin. It was released January 2021.

The trailer and scenes on youtube of the series looks great and if you’re able to watch i, give it a go.

There’s not much about surfing so it’s an opportunity to learn about it.

5. Shin Tennis no Ouji-Sama: Hyoutei vs Rikkai Game of Future 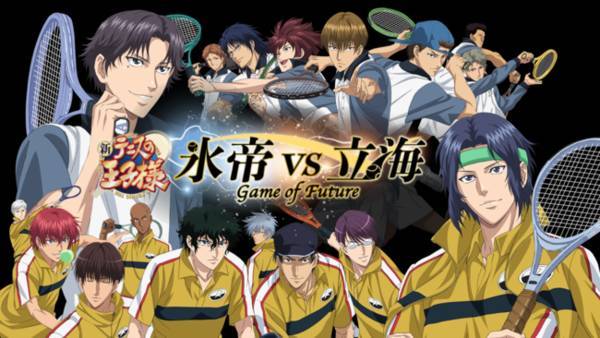 The will be based on a match between Hyoutei vs Rikkai. It’s based on the original : Prince of Tennis.

There’s only two episodes for the Hyoutei vs Rikkai match but it’s almost an hour long each.

Hyoutei and Rikkai are two rival schools against the main protagonist school: Seigaku.

If you haven’t been watching Prince of Tennis, you might be a bit confused about what’s going on if you just watch the Hyoutei vs Rikkai match. However it’s not too confusing on what is going on if you watch both episodes. 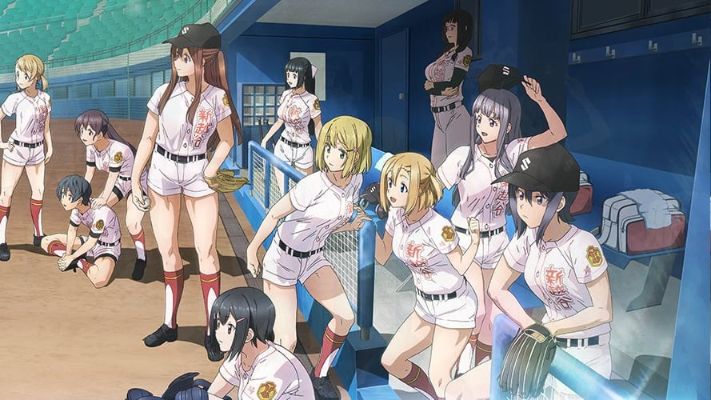 Two girls that have been friends love baseball but got separated later on.

Both girls meet up one day as they have gone to separate high schools and they start to play baseball with their high school team.

The storyline is easy to catch and there’s twelve episodes to watch if you like watching baseball . 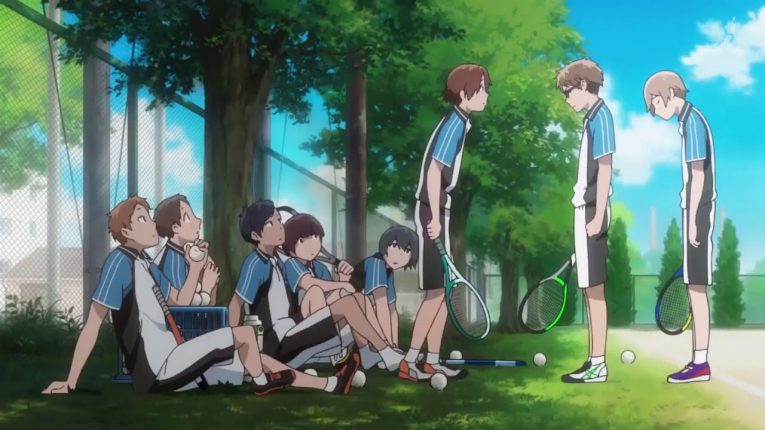 It’s about a middle school kid who transfers to another school and from there he meets his childhood friend to join the tennis club.

The has potential but the ending has ended abruptly. There’s more to the story than the ending of the series revealed.

Besides the abrupt ending, the isn’t like “Prince of Tennis” as it is darker throughout the series.

It may not be suitable for young kids to watch.

Besides being dark, it is a tennis series so you’ll see the team’s growth throughout.

The series is still a bit new and those who like tennis or sports should watch this despite the ending. 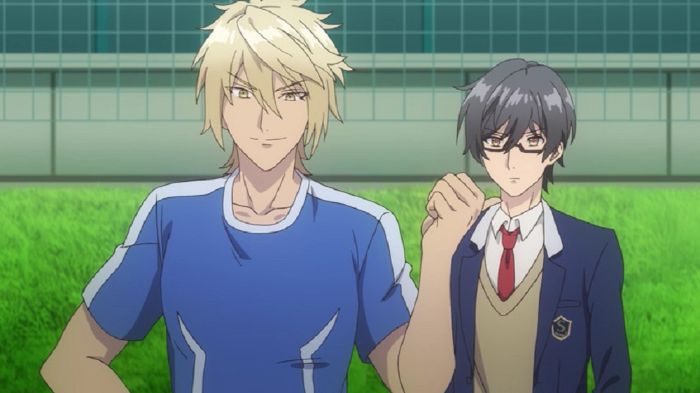 A high school student sees some students playing around but he meets another boy, Akira, who tells him that they were practicing for rugby as Akira has given up on the sport.

If you don’t know the sport of rugby, this may introduce you to it. However, there are so many bad reviews on about this .

If you can get past the negative reviews, you might end up liking this , as is the case sometimes. 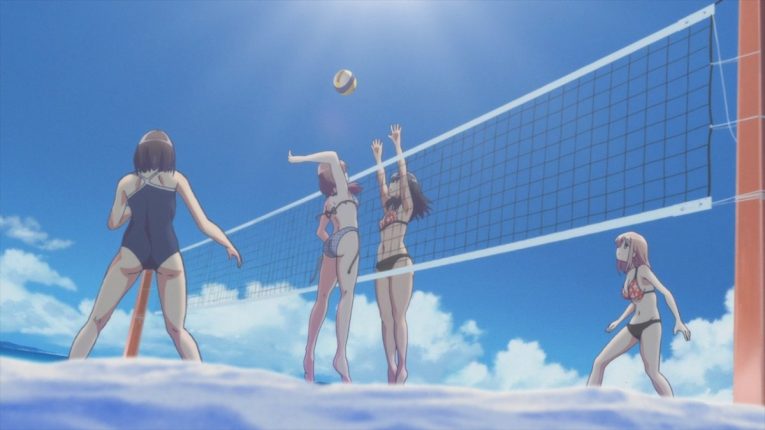 Two cousins enter high school as both girls are insecure about their height. However, they decided to open up a volleyball club at their school.

Volleyball is one of those popular sports that men and women join.

Summer season is coming up and you’re thinking of what to do during the summer to have fun. Why not try volleyball?

If you aren’t sure, you can always watch Harukana Receive to see what it’s really about for the sport.

The ‘s in a slice of life setting. 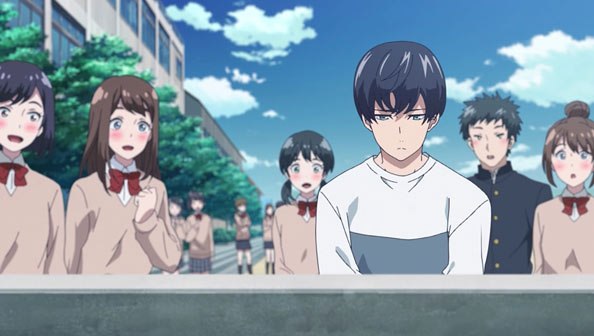 A student who is obsessed with cleaning is a genius at playing soccer.

The MC gets attention similar to Kokomi in Saiki K. But avoids the attention and isn’t fond of it.

The animation and art is quite nice in this series as well. 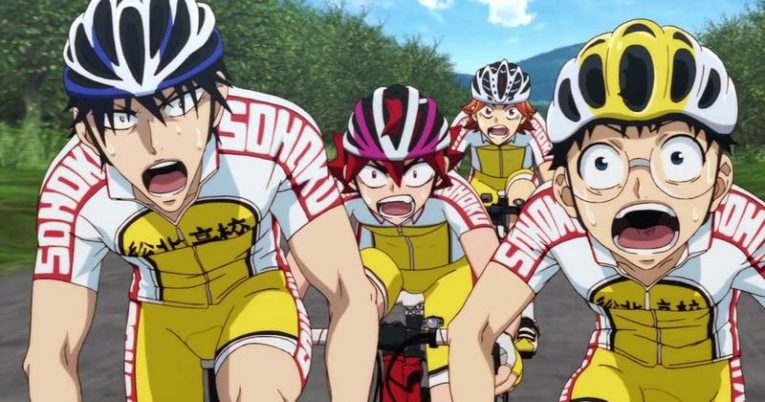 Onoda is a high school student and wants to join the club to make new friends. He’s disappointed that the club needed new members.

Onoda makes friends when someone notices him cycling one day, leading him to join the cycling club.

It’s a good and it became popular with it’s debut.

There’s a rumor that a fifth season of the series should have been happening in early 2021.

The music for the series isn’t that bad either.

Relevant: 25 Of The Greatest Anime OST’S 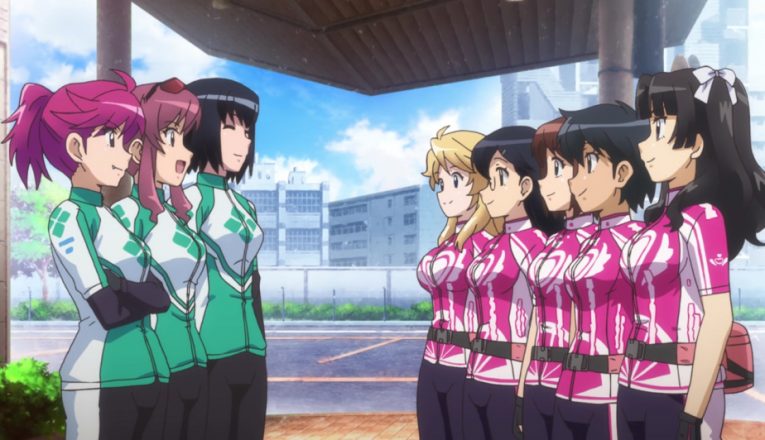 A group of girls in high school wants to form a cycling club.

It’s a short series with a total of twenty episodes, and the animation is quite beautiful once you watch the episodes throughout.

With enjoyable moments and even some life lessons, It’s a female lead sports that will keep you entertained. 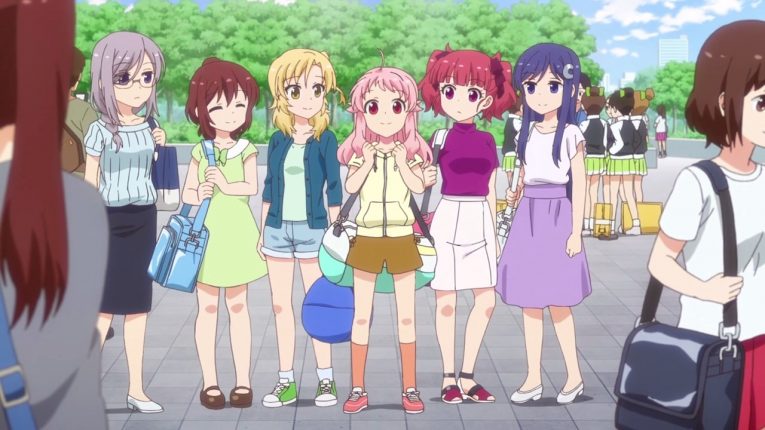 A high school girl wants to start her own cheerleading club and starts recruiting.

When I first saw the opening song, I really thought  this was meant for young kids who want to join cheerleading.

There isn’t much that is strictly about cheerleading.

The characters have different storylines as the series follows them on what they do during school and cheerleading, similar tot the Comic Girls.

It’s a fun and cute anime to get into. 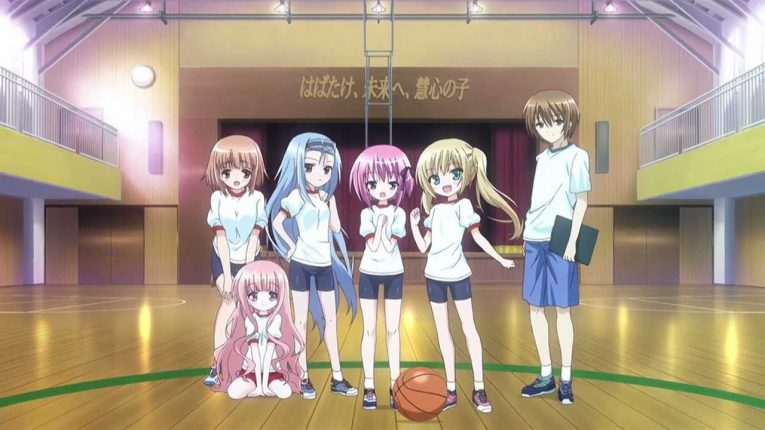 He then decides to go and help coach the Elementary School basketball team. Eventually he becomes friends with them.

At first glance, you think that this series is intended for guys but really it isn’t.

It may be an old series but the animation is decent with cutesy vibes to it.

There’s a total of two seasons but it’s not a long series to watch at all. 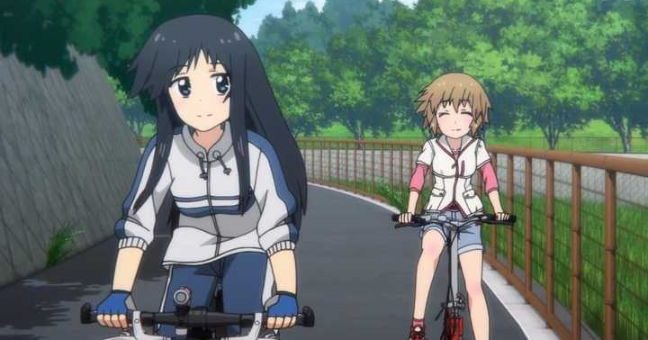 A college student discovers road cycling. If you don’t know much about cycling in detail, this short series will give you some perspective.

This series will tell you what kind of bikes there and things of that nature.

The music isn’t that bad to listen to if you’re someone who pays attention to opening and ending songs. 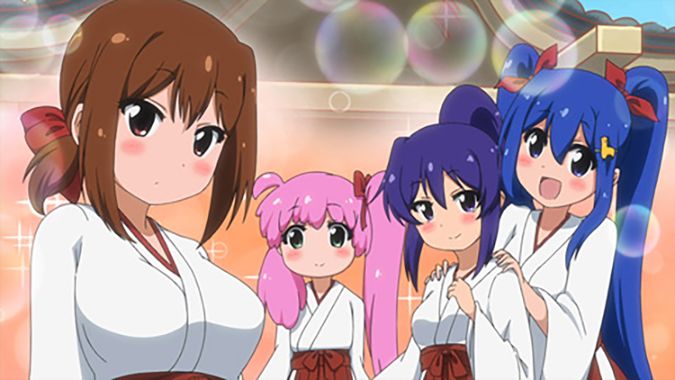 It’s about high school girls that are playing in their tennis club. Don’t expect this series to be like “Prince of Tennis” because it’s not really competitive.

Technically the series is more about following the girls around on what they do while they aren’t playing tennis.

You can think of this aspect like K-On in a way.

It’s a long series to watch and the animation is quite good if you’re into the newer style.

Give it a chance if you’re looking for something to watch that has tennis. It’ just might surprise you. 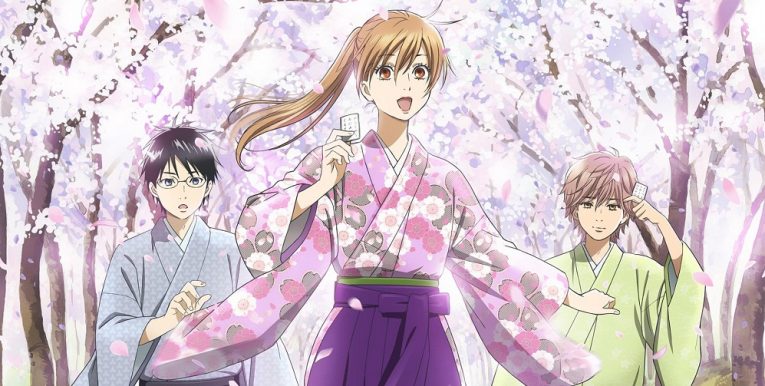 It’s about a girl who is good at the sport of karuta.

There is no news yet if there will be a season four of Chihayafuru.

When Chihayafuru aired in 2011, karuta became popular in the real world and the has sold loads of copies.

The has almost 80 episodes so it will take awhile to binge watch the series.

Karuta may be a card game but it’s a fun game that needs skill to play.

The animation doesn’t hurt either, as it’s beautiful.

Related: 10+ Of The BEST Josei Anime Shows You Shouldn’t Miss 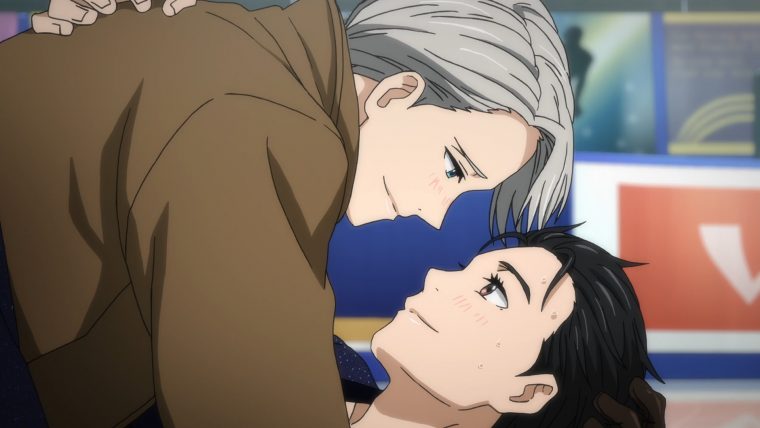 Yuri loses his chance at the finals of ice skating and there he meets Victor, who’ll become his coach throughout the series.

Yuri on Ice is another popular short series.

If you don’t like (BL) boys love , go ahead and skip it but you probably shouldn’t as the storyline is good and if you can ignore the scenes of BL, you’ll understand why this is an awesome .

You can binge watch Yuri on Ice as it has twelve episodes and there’s even an upcoming movie that should be releasing soon.

There’s not a lot of that involves ice skating and this is one of the that you should check out.

Relevant: 13+ Of The Greatest Yaoi Anime You Should Start Getting Into 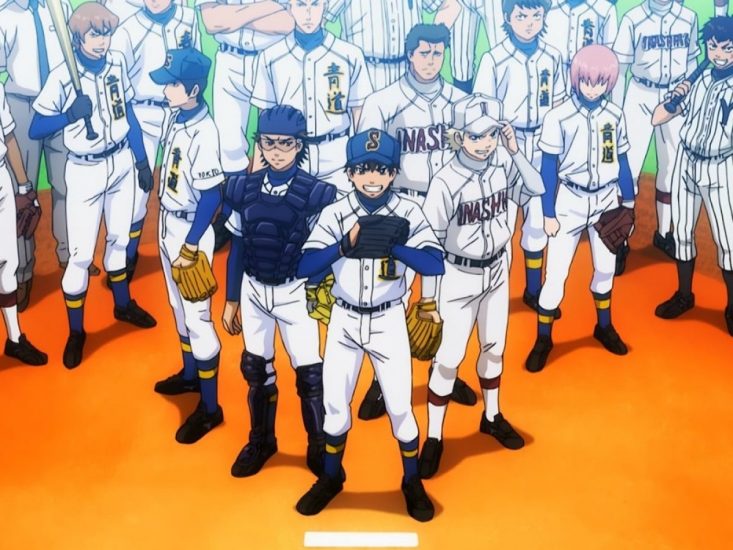 It’s about a boy who has an unusual pitch as he plays baseball for his high school.

Ace of Diamond isn’t a popular but many people think that the series is really underrated.

Just like some of the older or newer sports , I think even if you’re not a fan of baseball but a fan of , you should at least try and watch this and see for yourself if it’s good or not. 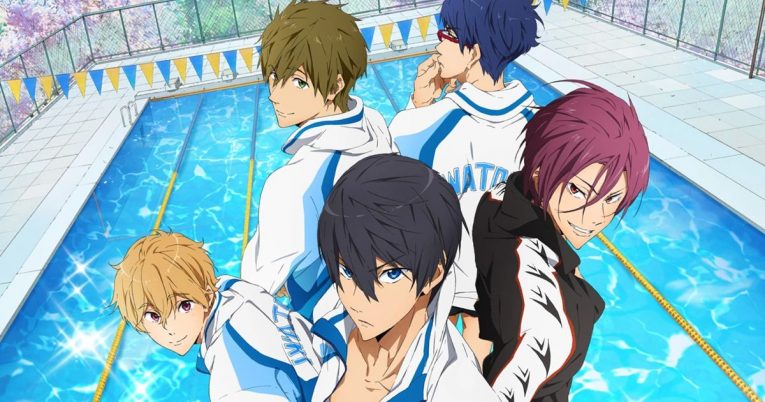 A high school student is a swimmer who meets up with his rival one day and after meeting up with him, the student and his friends decide to have a swim team.

When the Free! was released, those that watched including myself speculate that this was going to be BL (Boys Love) .

There were some hints throughout the series but it never really happened.

The Free became so popular that it got a second and third series later on and all three series are short to watch.

You can tell that the animation is just awesome and that the storyline is great.

The studio behind it is Kyoto Animation.

Similar: 21+ Of The Hottest Anime Guys You Wish Were Real 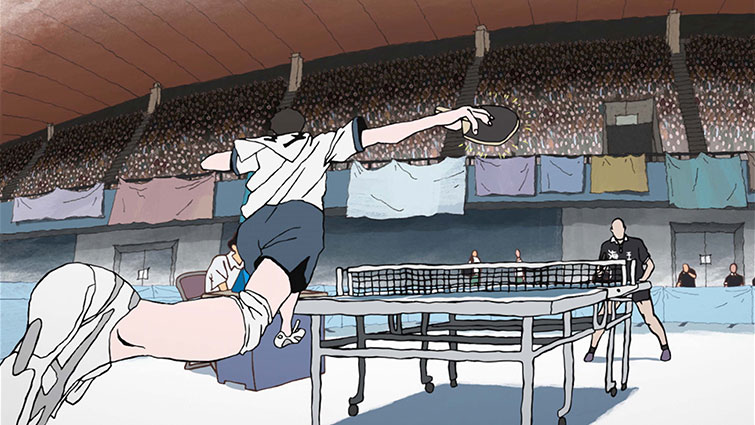 The is so old and that is why the drawing is in a different style within the series.

The new generation that have seen ping pong when it was released back in 2014 may not like the old style of drawing.

Some of the older generation does though.

I’m one of the older generation that likes but this kind of style isn’t really one of my things to watch.

That said, it’s recommended for its quality in general.

Watching sports is like wishful thinking because some of the stuff that the characters do within the series doesn’t really happen in real life. But sometimes there’s realism to it.

The main benefit of these shows is it can make you want to play sports while watching the series.

It’s a great way to get you motivated so that you can go outside and play sports in the real world.