The scary spectre of the bloodsucker is one of pop culture’s most famous monsters, appearing in everything from folklore to Bram Stoker’s Dracula to timeless works like Lost Boys, Buffy, and Interview With the Vampire, and the debut of the heartthrob vampire, Edwar Cullen.

The fun can not only be found in the live-action. In the world of anime, there are a lot to choose from, from unwilling vampiric heroes to monster , horror to the heavily influenced Dracula.

Get ready to revisit some shows, get a little blood-drenched nostalgia hit, and add another series to your watchlist! 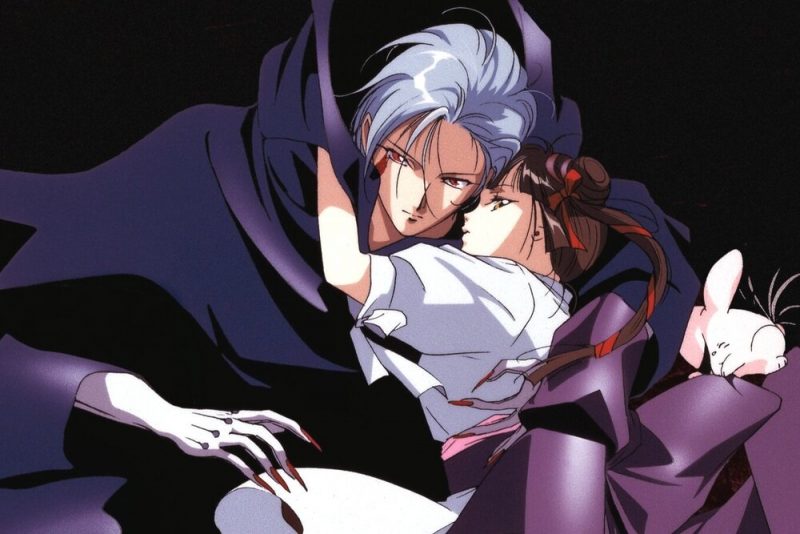 Are you intrigued by the words atmospheric and old school? Put Vampire Princess Miyu at the top of your list of things to watch.

The ethereal lead bloodsucker is the main focus of this menacing slow-burn anime series. However, Miyu is a Daywalker, which makes her different from typical vampires and allows her to attend classes as the ideal cover for her actions as Shinma, a hunter of vicious demons.

This series is a thrilling, action-packed nostalgia bomb you must watch. 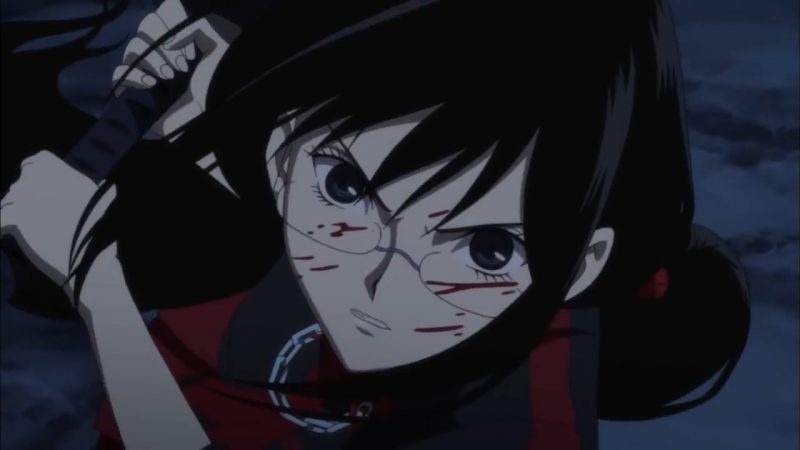 Blood-C, the first of the two Blood: The Last Vampire adaptations on our list, introduces viewers to Saya, a schoolgirl by day and ruthless demon killer by night.

Though this anime is part of the Blood franchise released by Production I.G., it has no relation to the earlier Blood+. 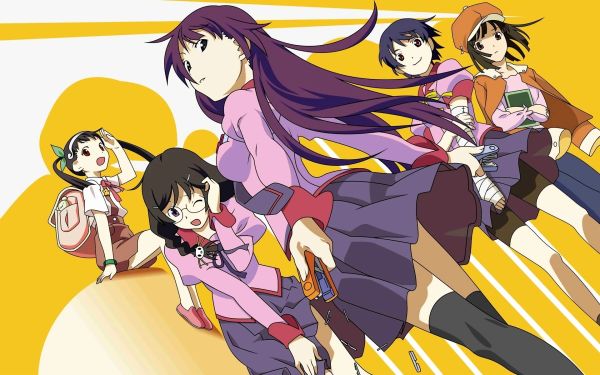 Fans of vampires have long been delighted by the Monogatari light book series, which was created by Nisio Isin and illustrated by Vofan, not least because it served as the basis for this endearing 15-episode series and its sequels.

It’s challenging to summarize the plot in one sentence.

Visually, it’s also years ahead of its time, looking much more modern than its 2009 release date would suggest. 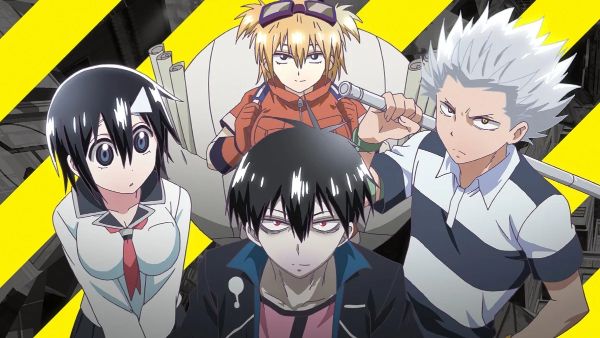 The Legion of Superheroes does not include Blood Lad as a teen superhero. He is Staz Charlie, a strong vampire who rules a region of the Demon World.

He feels the need to swallow some blood, but he resists it. Let’s meet Fuyumi Yanagi, a young woman who unintentionally enters the Demon World portal.

She is attracted to Staz right away. Unfortunately, a raid on his results in her passing away and becoming a ghost.

Staz and Fuyumi travel across Demon World searching for the magic required to restore the girl’s life, accompanied by a magician and a half-wolfman. 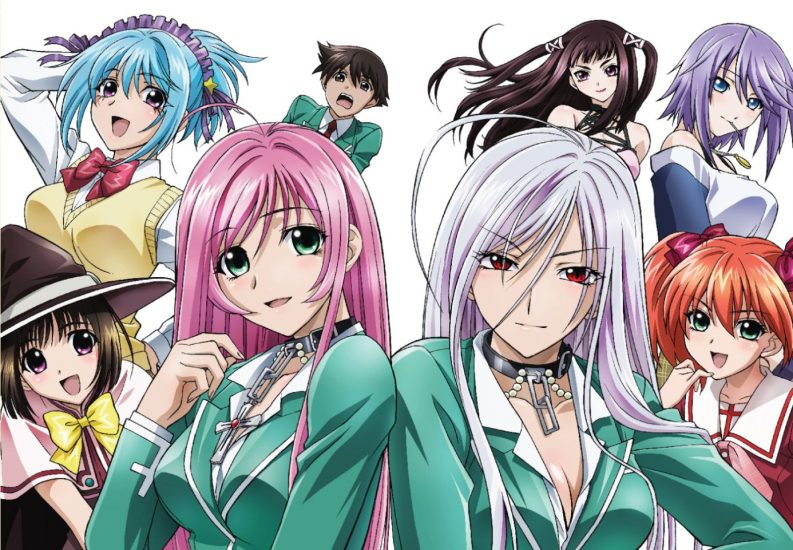 Teenager Tsukune Aono learns in Rosario to Vampire that poor grades make it difficult to get into an excellent .

Youkai Academy, a school that appears typical on the surface, is his sole remaining hope. All kinds of monsters, though, are present there in human form.

This also applies to Rosario, the title’s main character. She may appear ordinary, yet she is a vampire.

Tsukune endures despite this and ensures the academy faculty is unaware that he is a human. They will execute him under school policy if they learn the truth. 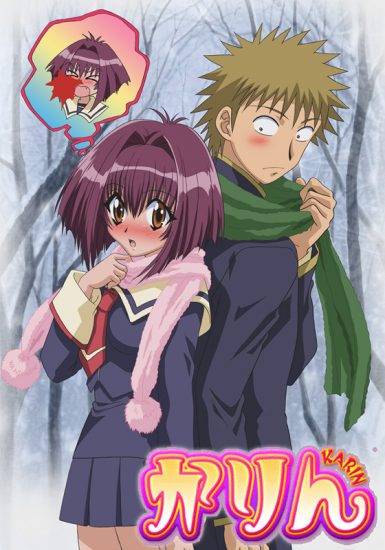 The show’s main character, Karin Maaka, better known as Chibi Vampire, is the middle child of a vampire family. She doesn’t bite people to draw blood from them.

She overdoes it to the point where she experiences severe nosebleeds. A new transfer student named Kenta makes her heart race, which makes the situation worse. Karin, of course, is a romantic comedy about a young vampire coming of age. 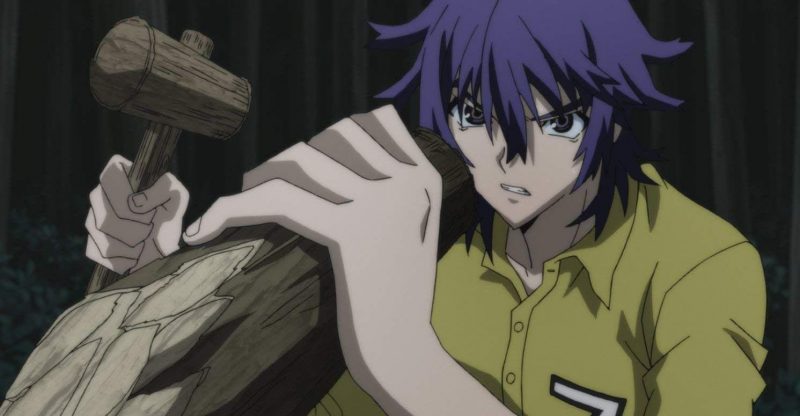 Shiki is not a cheery anime about sympathetic vampires attempting to lead everyday lives. It examines how to live in a world without the ability to discern between good and evil.

Megumi Shimizu’s passing in a small Japanese community serves as the catalyst. This leads to an epidemic that transforms ordinary people into vampires who eventually go by the name Shiki.

As this happens, a village doctor decides to put his humanity aside to try to end the terror. To prevent Armageddon, he teams up with a socially awkward teenager.

Recommended: 17+ Of The Greatest Horror Anime That Will Get You Invested 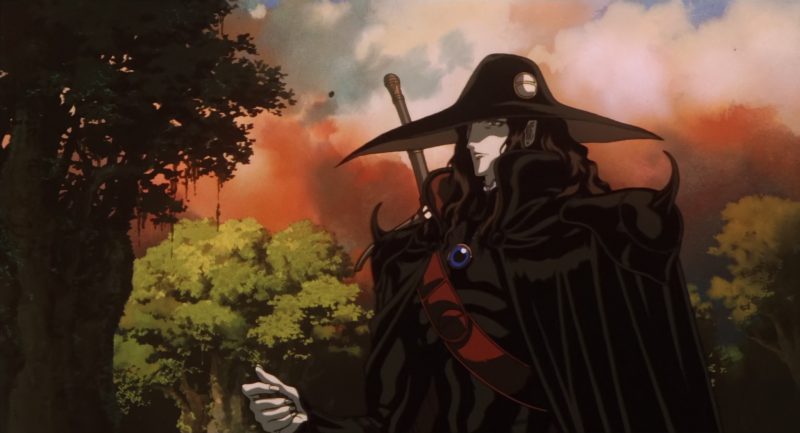 Vampire Hunter D will satisfy your craving for bloodsuckers with a harsh edge. This cult has been admired for decades and was adapted from the renowned series by Hideyuki Kikuchi.

A nuclear holocaust wreaked havoc on the planet in the year 12,090 AD. One of the evil vampire lords bites a young woman. Soon, an enigmatic vampire hunter by the name of…

As you predicted, D! The first Vampire Hunter D succeeds in becoming a genuinely gothic science fiction, which is uncommon. A primary genre in this story is a complicated romance, which will excite anyone who enjoys them. 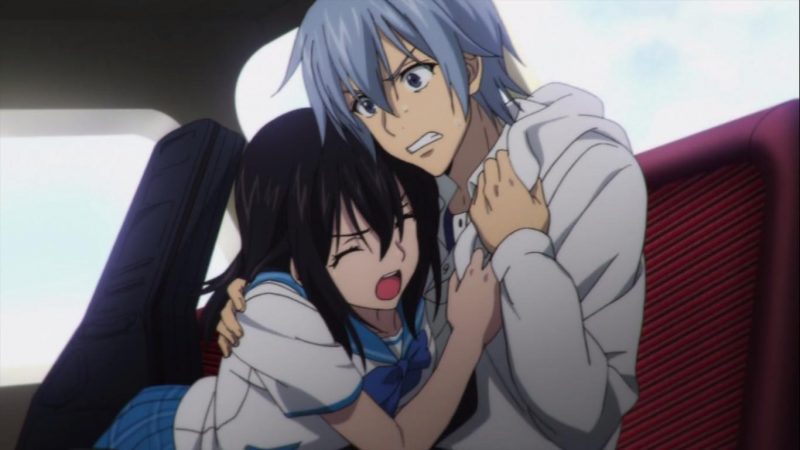 Strike the Blood is based on a light novel series. But it contains enough violence that China has banned it.

A secret organization sends an apprentice sword-shaman to keep an eye on Kojou and, if necessary, assassinate him to prevent him from taking over the world.

Despite their hostility, Kojou and the apprentice work together to combat the diverse animals of Itogami Island. 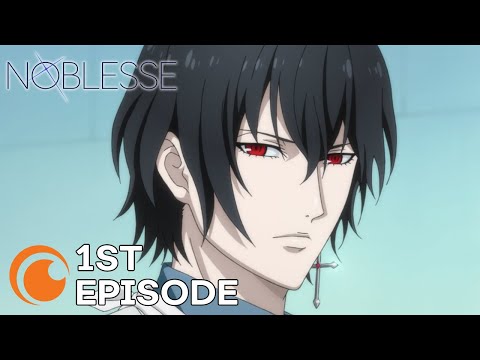 This 30-minute OVA is based on Son Jeho’s Noblesse, a South Korean web manhwa (digital comic). The “Noblesse,” also known as Cadis Etrama di Raizel or simply “Rai,” stood out among the aristocrats.

After waking up in South Korea after an 820-year nap, Rai sets out to find his devoted and devoted servant, Frankenstein, who he discovers to be the current head of Ye Ran .

To understand modern life, Rai enrols as a student. 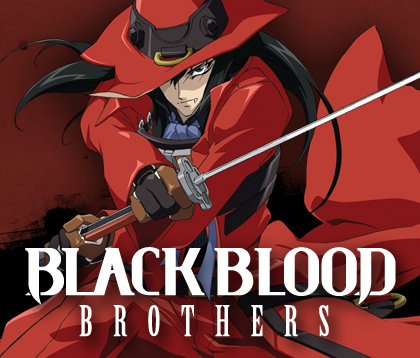 Based on Khei Azano’s light novels. The story of Jirou and Kotaro Mochizuki is told in it. They are Old Blood, a powerful vampire clan’s last and sole heirs.

The two decide to rejoin the battle when they learn that some of the Kowloon Children have survived and wish to reach the “Special Zone” (a wealthy metropolis protected by a hidden wall).

When the Kowloon captures Kotaro, things get much worse. Jirou then makes every effort to save his brother. 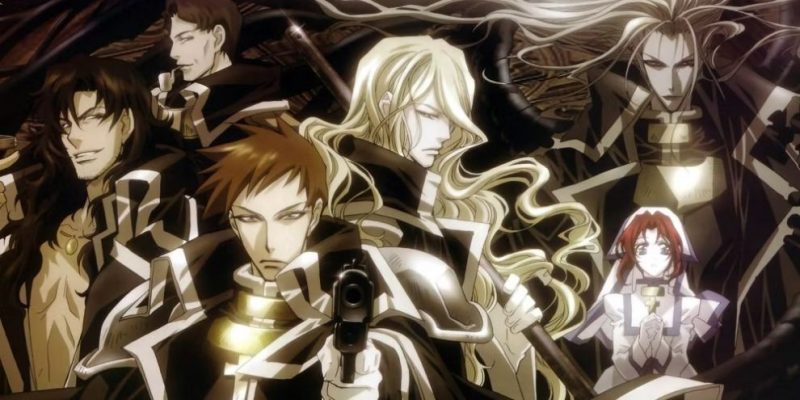 Based on Sunao Yoshida’s light novels, this twenty-four-episode anime follows Abel Nightroad. He is a Crusnik, a vampire who feeds on the blood of other vampires.

The globe has been split into two fronts that are still engaged in a Cold War between the Vatican and the New Human Empire nine centuries after a brutal conflict between vampires and humans.

However, the majority hope for peaceful coexistence between humans and vampires. Abel opposes the Rosenkreuz Orden, a group of fanatics who use the two blocs for their ends and fight on the side of the Vatican. 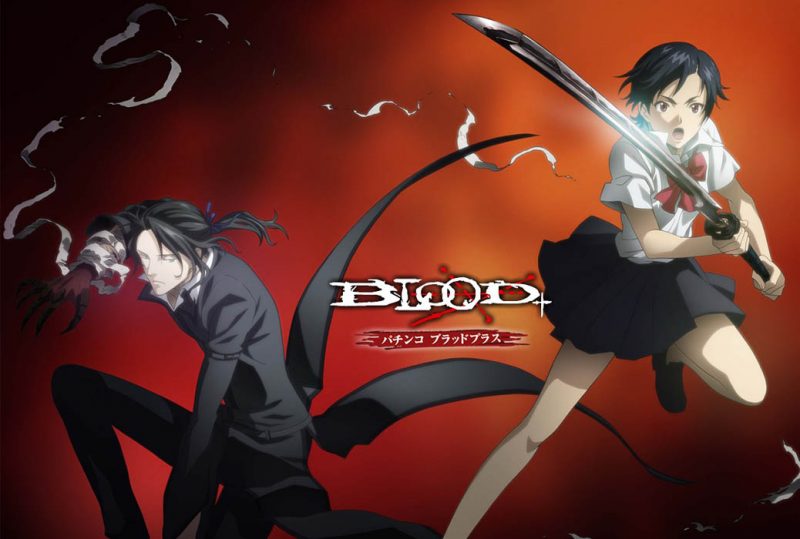 The anime series debuted in 2005 in Okinawa, Japan, and is based on the vampire movie Blood: The Last Vampire.

Saya Otonashi, the main character, is a typical schoolgirl who enjoys a pleasant existence with her adoptive family. An attack by a Chiropteran—a bat-like creature that survives by consuming human blood—changes her life forever.

Saya learns that because her blood is poison to them, she is the only one who can defeat them. She decides to rid the Earth of Chiropterans with her friends and discover her ancestry. 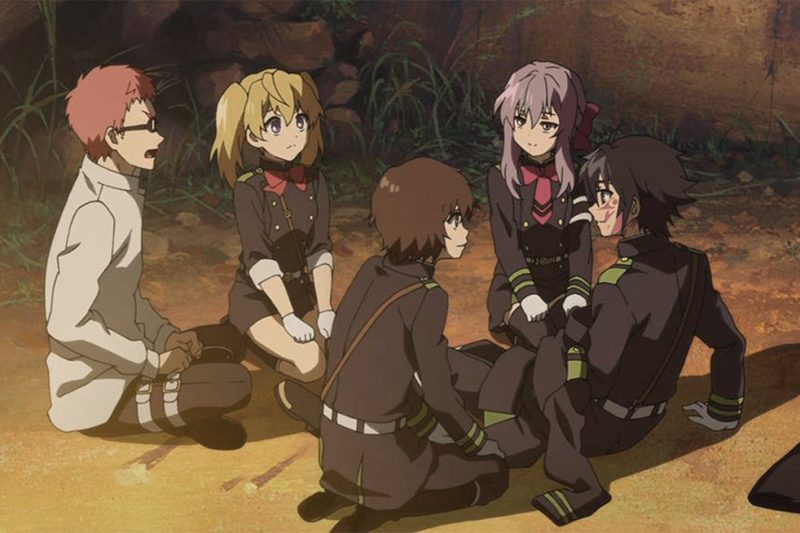 Based on Takaya Kagami’s 24-episode series of the same name. A 16-year-old teenager named Yichir has dedicated his life to slaying vampires to take vengeance for specific incidents that happened four years ago.

An artificial virus wiped out all populations over 13 in the world in 2012, allowing vampires to surface from the earth’s depths and conquer humanity.

When Yichir (then 12) tries to leave the orphanage, he shares with his friends. He barely escapes with his life and witnesses the murder of his companions. 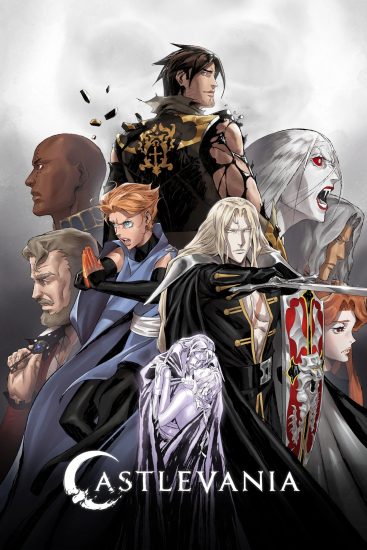 This fantastic Netflix original filled with violence and action is based on the Konami game of the same name. Dracula unleashes demons on Romania to get retribution when his human wife is burnt at stake for alleged witchcraft. 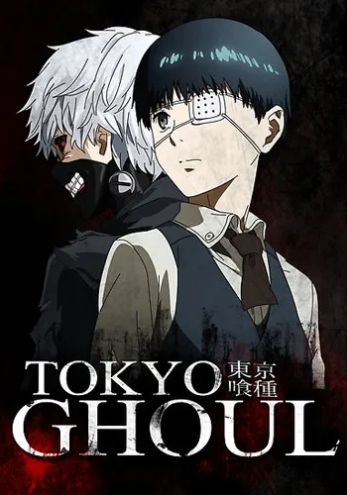 Although this may not be an anime about vampires exactly, it is fair to argue that ghouls are vampires who eat human flesh and drink human blood.

Unknown to him, teenage kid Ken Kaneki has been selected to satisfy a female ghoul’s appetite.

They leave, but her organs are transplanted to him after her revelation and a terrible accident that leaves her dead and him in critical condition.

While concealing his new talents and nature from humans, he must learn how to blend into ghoul culture. Shop with Amazon
We earn a commission from Amazon & other affiliates if you make a purchase at no additional cost to you.

This shōjo series, based on Matsuri Hino’s series, was a favorite among emo teenagers in the 2000s.

Unsurprisingly, the scheme results in much human/vampire tension and mischief. If you enjoy slow-burning supernatural tales, you’ll enjoy this. 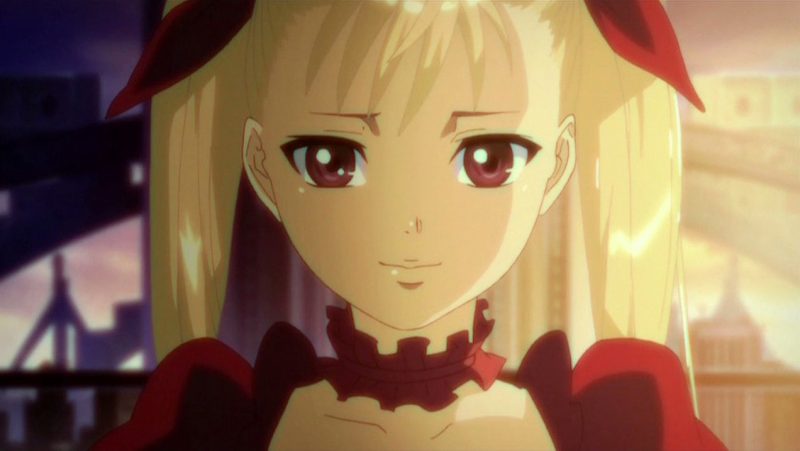 The Nozomu Tamaki is adapted into this 12-episode anime. The Bund is an artificial island that Mina epeş, Princess-Ruler of all vampires, has created off the coast of Tokyo.

The Japanese government constructed it so that vampires may live in peace while keeping their existence a secret from humans.

After their existence is revealed on a talk show, Mina wishes for peaceful, mutual coexistence. However, extremist vampires and bigoted humans stand in the way of racial harmony.

Mina must continue to work for justice and peace while defending The Bund from adversaries. 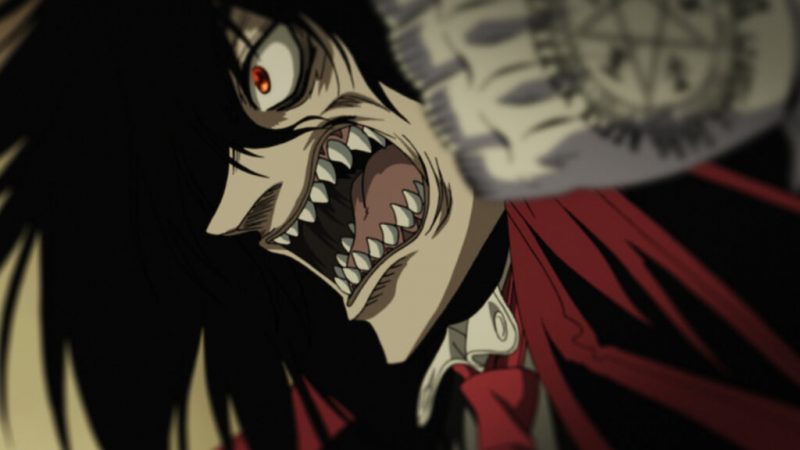 The second anime adaptation of Kouta Hirano’s Hellsing is this 10-episode OVA. It is a continuation of the previous 13-episode run from 2001 to 2002.

The narrative focuses on the Royal Order of Protestant Knights, which Abraham Van Hellsing created and is now led by his formidable granddaughter Sir Integra Hellsing, a vampire hunter.

As they battle supernatural enemies attempting to take over England, she is aided by Alucard, a mysterious and extraordinarily powerful old vampire, and his companion, recently transformed vampire Seras Victoria. Shop with Amazon
We earn a commission from Amazon & other affiliates if you make a purchase at no additional cost to you.

Perhaps the most unexpected vampire series of all time is Hirohiko Araki’s groundbreaking action animation. Dio Brando, the series’ iconic villain, finds the ancient Stone Mask, where it all begins.

The artefact gives anyone who wears it vampire-like abilities. Because the loss of the Joestar family has left him ravenous, the mask enables him to intensify his plans for retribution.

Jojo presents a unique perspective of vampirism that differs from other representations, which is expected for such a distinctive anime.

Jojo’s Bizarre Adventure is the finest of the best because it is unique and uncompromising in its world-building and vision.