There are anime characters that wear ear piercings you may not have noticed during an anime series.

The ear piercing could indicate a stereotype that they have a rebellious streak. But the characters could be kind and friendly to others regardless.

Depending on what the series may be, ear piercings differ depending on the character.

Here’s some anime series that has characters with ear piercings worth knowing about! 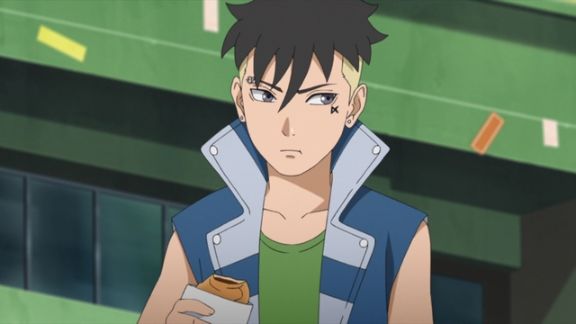 Kawaki isn’t nice to people when you first meet him in Boruto, however he begins to open up a bit once he meets Naruto and Boruto.

Kawaki is a good fighter and you could normally see him fighting against Boruto as they’re like brothers / rivals to each other.

He usually fights close-range combat and doesn’t know many attacks but is under training. Kawaki has ear piercings and he dresses like he is the bad boy of the anime which he is technically. 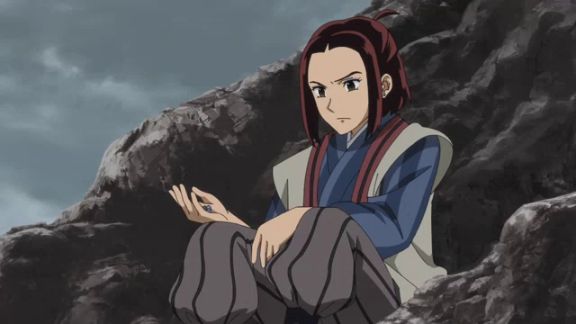 When the audience first meets Riku in Yashahime, he manipulates people or tries to get others to do his things for him.

He seemed distant and cold, but after meeting Towa and the others, he started to hang out with them a bit more rather than being alone at times.

Riku’s age is unknown but he is older than one would guess as he was around and Kagome’s time. Riku is trying to get the pearls but we aren’t sure yet on what he wants to do with those or what he wants to gain.

He wears a blue earring on his ear but it is no ordinary earring as it has abilities whenever Riku touches it. 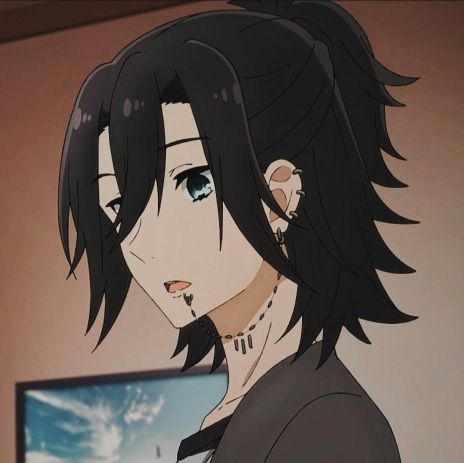 A senior in , he starts dating and most of the in his class think he is attractive.

When you first meet Izumi, he is considered shy and not easily able to have a conversation with unless you really get to know him.

That said, his personality changed throughout when he first met his girlfriend. He doesn’t like having the attention which is understandable if he is still a shy person even after meeting his girlfriend and dating.

He works at a bakery which is owned by his family. 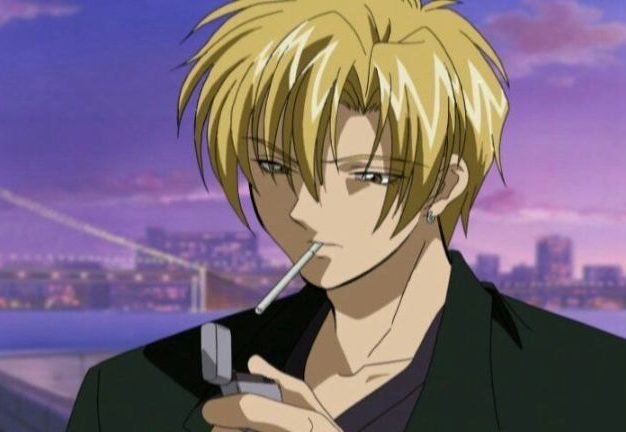 Eiri Yuki is a famous novelist and has befriended Shuichi Shindou, the singer of the band called: Bad Luck. Yuki criticized Shuichi’s song lyrics one day within the park, so that’s when Shuichi wouldn’t leave him alone.

Eiri Yuki has a bad past involving himself and his tutor, his attitude has changed since that day. He was sweet and kind as a kid, but after that incident, he became cold towards others.

He doesn’t write his chapters on time for his novel, making his editor upset and trying to get Shuichi to help her.

Yuki and Shuich have a rocky relationship at first but it starts to get better overtime. 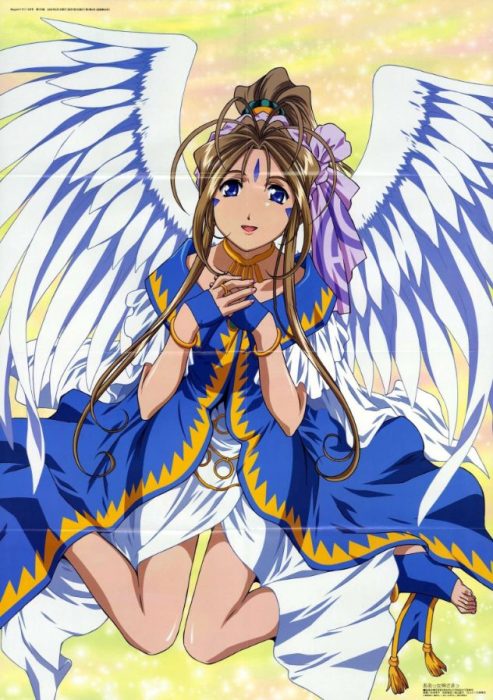 Belldandy is a goddess who comes to the aid of a college student. She is called: Blessed Bell and has magical abilities along with an attribute which is the wind.

Belldandy meets the college student named Keiichi by mistake because it was really a wish that Keiichi had made, so Belldandy became his wife.

She made a contract with Keiichi and later on in the series, Keiichi had strong desires for Belldandy but it was sealed because humans and gods couldn’t mate.

Belldandy is a goddess and tries to help Keiichi whenever she can. 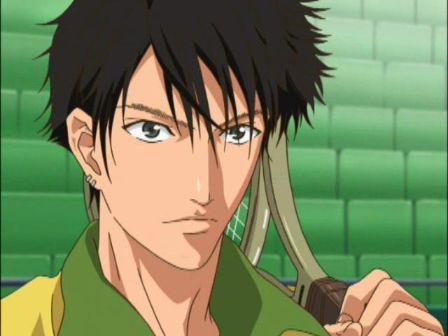 Hikaru is part of the tennis team in the school of Shitenhoji and is only 2nd year. However he may be in the Prince of Tennis anime, Hikaru is barely seen playing tennis but he does appear in cameos for the school.

He even made it to the U-17 Camp and so his tennis style playing is strong if he were able to make it there.

The Shitenhoji team is a strong tennis team barely losing to RikkaiDai, Hikaru is in the same team as first year player Kintaro. 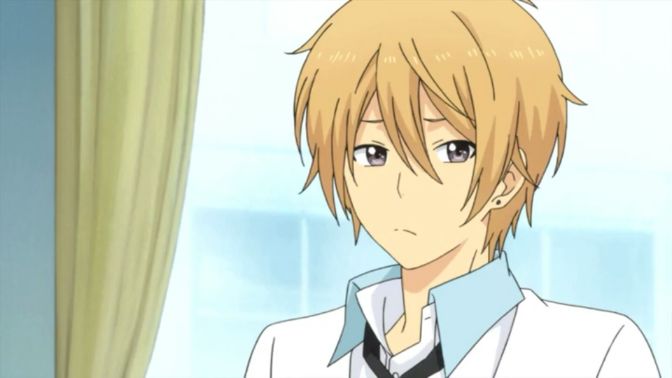 Ohga is a good student at his as he always gets high grades and is usually the representative for his class. However he is bad at sports and and did not know that his future wife, Rena, had feelings for him at first.

He doesn’t want to be a burden to his family and so he works hard in school.

Ohga and Rena have been close since they were kids and have matching earrings. 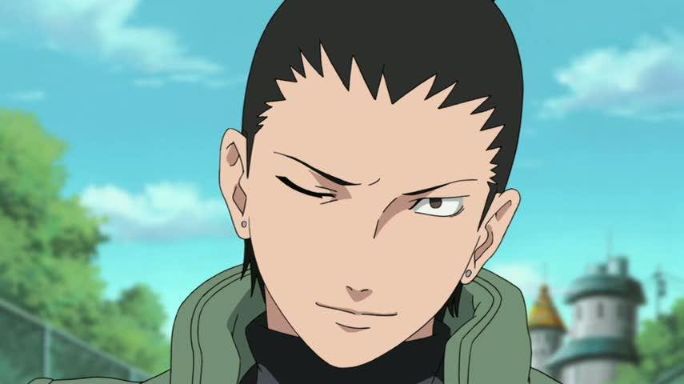 Shikamaru is a genius and a leader, he takes command most of the time if there’s no other jounin around during when he was a chunin.

Shikamaru is in love with Temari and has a son named Shikadai within the end of the Naruto Shippuden series.

He uses the Shadow Possession Jutsu that takes control of another person, he is part of team 8 which consists of Ino and Chouji.

He can get easily bored but plays Shogi with Asuma-sensei. Shikamaru is Naruto’s advisor in Part II of Naruto Shippuden. Zero got turned into a vampire at a young age, he was sort of adopted by Headmaster Cross who runs the Cross Academy for humans and vampires alike.

Zero meets the daughter of the daughter named Yuki Cross, and Zero doesn’t know all about Yuki’s past until the last few episodes of the anime.

He protects Yuki and even gets jealous of the head vampire named Kaname as he spends time with Yuki.

Zero is a vampire hunter and he has abilities that Yuki couldn’t explain at first during the beginning of the anime. Loke is actually a celestial spirit but he is mostly in his human form. He has a stamp which is shown on his back.

He’s quite popular with the women of the anime, but he doesn’t like it if someone abuses women. He is loyal to his friends and he uses magic while fighting.

He’s also the leader of the 12 Golden Zodiac Keys and his key is owned by Lucy Heartfilia.

Besides being in the anime, Loke has appeared within the video and the movie. Loke may look young in age, however he is immortal and has lived on Earth for so long. 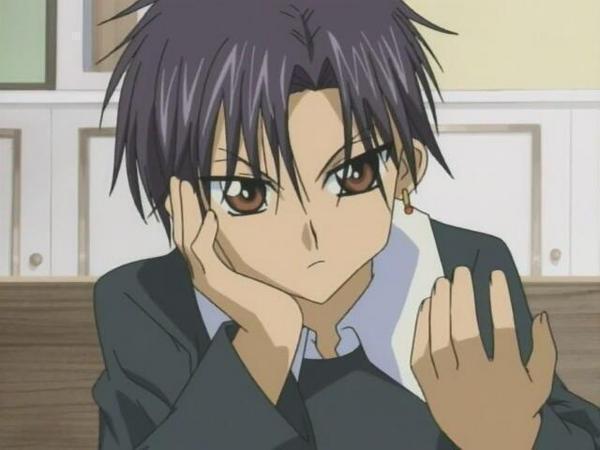 Natsume doesn’t have that many friends in school as he rebels at school and doesn’t want anyone to be near him.

With the few friends he has and family, he is protective of them and even has a girlfriend.

Natsume can get jealous of his girlfriend because she is quite popular with the guys, so the two would argue. However the audience would see that Natsume has a perverse side to his girlfriend that she sees.

Natsume isn’t a normal kid as he has an ability called Fire Alice, he was able to get it from his family. 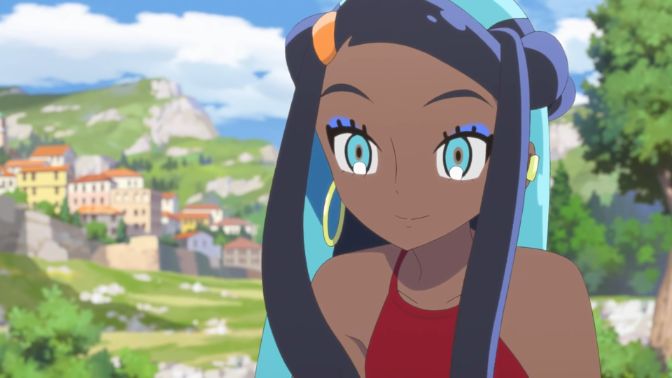 Nessa specializes in water type Pokemon and is the gym leader of Hulbury Gym in Pokemon Sword and Shield. Nessa thinks that she is weak but she tries to aim higher during the Pokemon Twilight series.

Nessa has both a career in modeling and being a gym leader in which she couldn’t decide on what she loves doing more.

Although she loses a gym match, she wants to be stronger and hopefully do better in the next upcoming matches. Soubi is a blank fighter and a college student when he first encounters Ritsuka in the anime Loveless.

He fights in Spell battles that mostly have a pair for fighter and sacrifice. Soubi used to be the fighter for Ritsuka’s older brother, Seimei until he died.

He once was Beloved but he became Ritsuka’s fighter and became Loveless although the name Loveless and Beloved isn’t marked anywhere on Soubi, making him a blank fighter.

Soubi is sometimes cold to other people but is somewhat caring and affectionate toward Ritsuka when they first meet. Soubi even tried to put an ear pierced on Ritsuka to bring them closer but Ritsuka couldn’t do it. 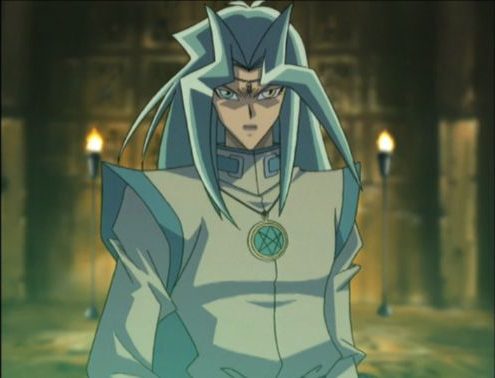 Dartz is the President of Paradius and is one of the villains in the original Yu-gi-oh in season four: Waking The Dragons.

Dartz company rivals Pegasus and Seto Kaiba’s own company and during season four, Dartz takes over their company.

He uses the Seal of Orichalcos which is a card that traps people’s souls within, Dartz wanted to revive Atlantis.

In the end, Kaiba and Yugi defeat Dartz at his own game. It’s not normally shown but there is an earring pierced on Dartz’s left ear. 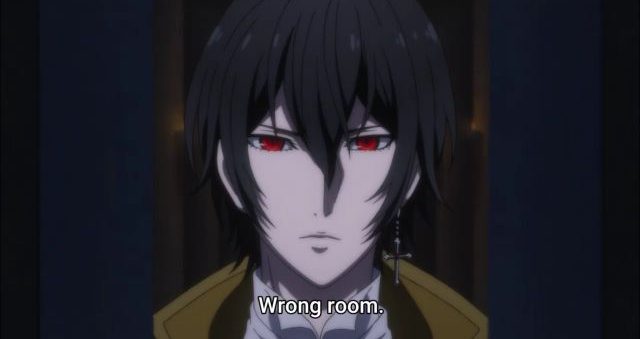 Cadis is quite handsome between the humans and nobles. He usually wears his school uniform and his cross earring was a gift from someone that had sealed his powers.

Cadis isn’t from the 21st century and is from a different timeline as he doesn’t know any modern day technology.

Even though when you see Cadis, he is cold and distant to others but he is friendly to humans. Cadis is a powerful character within the series and has privileges that he can do whatever he wants, his status within the anime is very high.

He has many abilities that he uses, for instance: telepathy and speed. You don’t want to mess with Cadis! 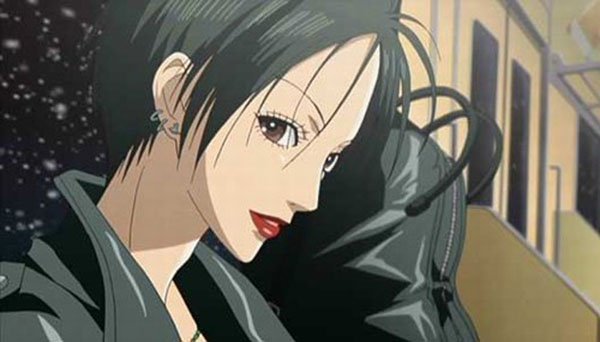 Nana looks like she may be unfriendly to people but not necessarily. She’s the singer for the band BLAST.

She meets another girl named Nana on a train one day and the two instantly become intrigued by one another. Nana is engaged to her boyfriend but later in the series, her boyfriend was in an accident.

Nana Osaka has a terrible past and future, even after her boyfriend’s tragic accident. it took her a while to be able to accept this fact.

She’s a good singer and her band is with Gaia Records making it a hit. 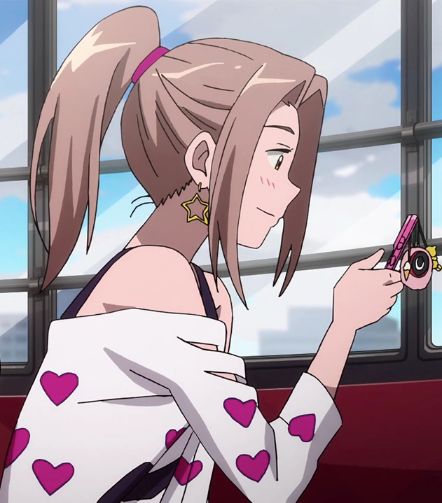 Mimi is one of the original Digidestined in Digimon and has a Digimon named Palmon.

In Digimon Tri, she now lives in Japan and goes to with the original Digidestined.

Mimi and her friend Izzy flirts from time-to-time once Mimi returns to Japan. She’s kind, understanding and helps others as she has the crest of sincerity.

During the school festival, she helps her class put on a cafe. Mimi usually wears the color pink and wears her school uniform mostly. She is an only child in her family.

There are some anime characters that are cold and distant from one another with ear piercings. This can indicate a stereotype but not many others don’t have that type.

Wearing an earring doesn’t mean that you’re cold or have a rebellious streak, and it could just mean you #want to wear an earring and express yourself. Not only that but earrings could be just be a way to be stylish.

Whatever it may be, watch the anime series that have characters with earrings and enjoy it.

Other anime characters with piercings:

These 34 Anime Characters With Glasses Are Some Of The Best