Shoujo anime characters – though not always the most popular, they’re sometimes more popular than expected as far as the so-called “waifu” goes.

The genre itself is aimed at whereas is at boys, so naturally, the genre Is smaller and doesn’t make as much noise in polls, popularity contests, character analysis, comparisons, and more.

Still, the best-designed and written female characters can come from Shoujo. 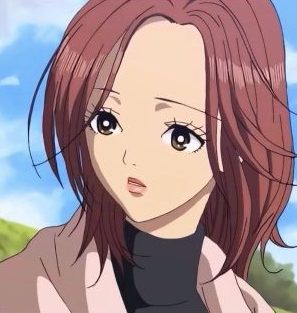 Hated by some who watch the Nana show in full, but she has one of the most likable traits and characteristics in the entire series. After all – she’s the reason the anime is so comical and entertaining for a good portion.

Komatsu is one half of the main protagonists who share the same name and she’s upbeat, absent minded, a bit naive, but makes a positive situation out of something that isn’t.

Good with friendships, but inexperienced in relationships. Realistic and relatable. 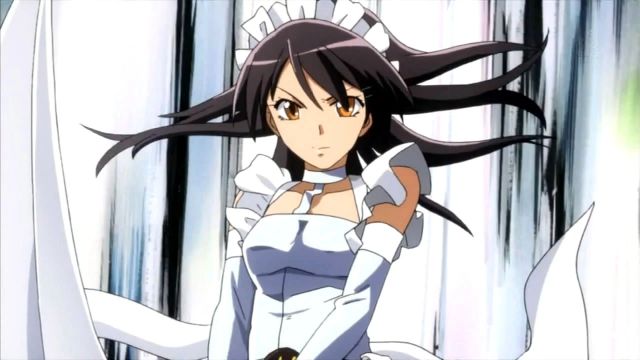 The early version of Misaki Ayuzawa isn’t “waifu” in the literal sense of the word, that comes later. She starts out biasedly supporting women as a student council president and shunning all the men and their wants or needs.

Misaki can be hardheaded, but surprisingly kind and genuine when she’s not being stubborn or trying to put on a brave face,

Usui Takumi, the “heart breaker” becomes interested in Misaki and fnds out she works at a maid cafe. And uses that secret against her in a playful way of bonding.

The two slowly start to form a relationship.

3. Princess Yona (Yona Of The Dawn)

A softie princess to the hardened warrior later on in the series. Your good friend or at least a person you known for a while one day decides to kill your parents. Well, that’s Yona’s story as the victim and the daughter who escapes.

Her closest friends/bodyguards protect and help her become stronger, and she sees the outside for what it is now she’s not so entitled or sheltered away from what the real world looks like outside the caste (even if by force).

Its been begging for a 2nd season for years. 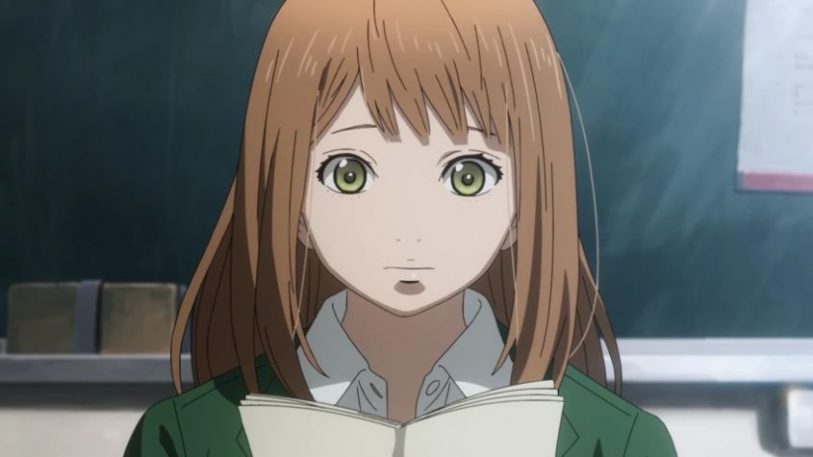 Naho is the one who loves Kakeru, but in a different timeline it goes wrong, and something bad happens. I won’t say more to avoid spoilers.

She’s the in the background, shy type. But she has courage and kindness, and her friends are part of that but dependently.

In the main timeline, they receive a letter from the future self with advice to avoid the same situation, and they improve on it but in a romantic kind of way. This makes the time element different to something like Steins Gate.

The anime is originally one that took on the topic of suicide, suicidal thoughts, depression, and guilt all in one.  And though not praised the most, it did a better than decent job.

Anime Gifts, Merch, And Accessories Start Shopping Now
We earn a commission from Amazon & other affiliates if you make a purchase at no additional cost to you.

She’s taller than average, looked at as weird by most boys in school, is constantly dissed for her height and made fun of for “not being a girl”. Risa gets it hard (no pun intended).

The boy she becomes interested in is also like this, except he’s short so he, no pun intended, gets the short end of the stick and stereotype him to death.

It’s a story of realism, and Risa is relatable for a lot of people, but mostly aimed at who are tall in school and struggling with their identity on top of caring about what others think. 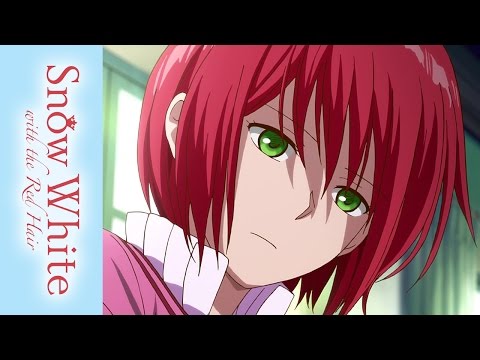 Someone who reads into things is different, never takes something laying down, and reads between the lines is never a person you can take for a fool. Even if they have no education or so-called privileges.

That’s what Shirayuki is as a character. Her red hair just attracts attention for the right or wrong reasons, eventually attracting a man who’s a rebellious prince and nothing like the stereotype of an actual prince.

Shirayuki is one of anime’s most likeable female characters or should be. And all for the right reasons. 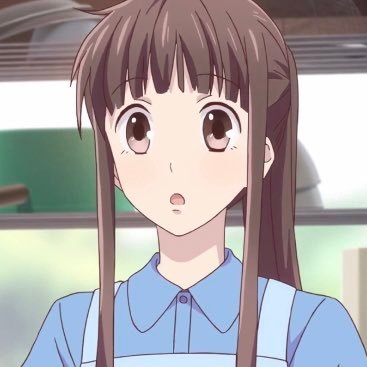 She first showed up in anime in the 2000s back in the first Fruits Basket. That anime did OK, then they remade it with better animation and designs in the 2010s and beyond.

She’s homeless and is taken in by Yuki soma, then she joins the Soma household and finds out they’re all part of the Chinese zodiac. Each has its own unique traits.

Tohru is the centre of everything but everything becomes more focused somewhat as the new seasons were made and the progressed in a real way between her and a certain character.

A girl who’s used to rejection, being used by others, thrown away when not needed, and dismissed when you’re not interesting anymore. Tachibana gets a dose of reality while still in school.

She sees people for who they really are and doesn’t talk to too many people unless they’re worth the energy or the time, and most of all: they’re not negative.

That changes when a certain boy finds that curious and doesn’t stop pursuing her.

Iroha is the typical girl in school who’s getting a lot of attention (in a dramatic anime kind of way) and almost no one would turn her down because they’re desperate.

She ends up falling for a guy who’s a nerd, gets bullied, is beaten up, made fun of, and has no confidence in himself. He becomes more of a man and much more confident in his own time.

Their relationship represents true love meaning how looks or status means little when you value the person for who they are, rather when what you can first get out of them materialistically, or superficially.

10. Ginshu (Children Of The Whales) 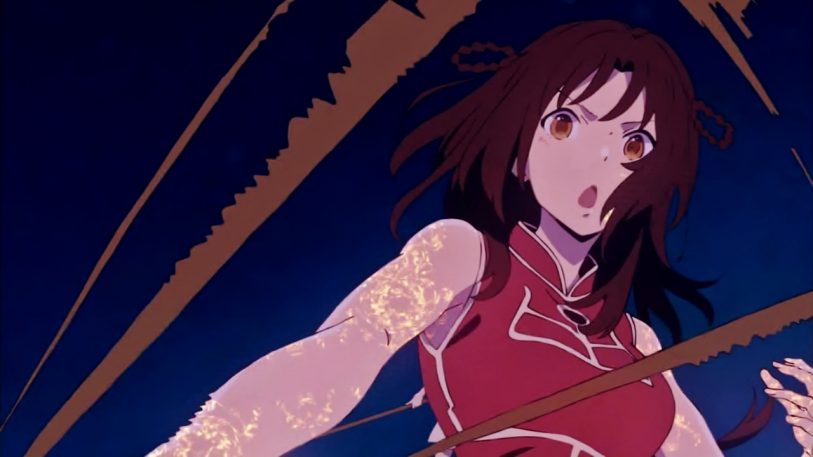 One of the side characters in this anime, Ginshu shows up later and helps out the main force of characters in fighting and doing what they can to survive and thrive.

She’s easily one of the most cheerful and strong, adamant, confident, unrestricted and straightforward. But not at all angry or uptight.

Her only lack is the screentime she gets in this supernatural Shoujo series.

Fuu is one of the 3 main magic knights who fight in Cephiro to make the world the way it was before it starts falling apart because of Zagato. Fuu is summoned to another world at Tokyo Tower with 2 other characters.

She’s not just a Shoujo character, but an ISEKAI waifu. One more on the gentle and soft side, as opposed to more energetic or easily agitated like Umi Yuuzaki from the same anime. 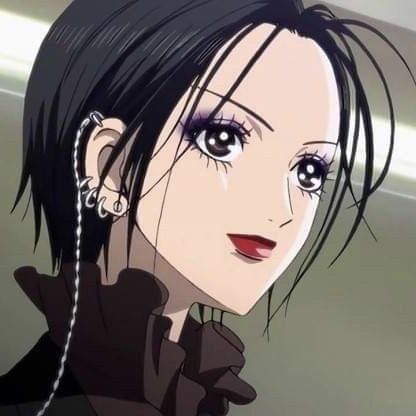 Nana Osaki is the other half of the anime’s main cast and is definitely the one who doesn’t cheap talk. She’s not with the bullshit and likes to put words into action.

She does this with her goals and dreams by moving to Tokyo. Part of it is , and part of it is a career (which is singing, or ). She’s part of a successful group.

Underneath her tough skin is vulnerabilities she’s good at hiding away.

13. Sailor Jupiter or others (Sailor Moon)

Sailor Jupiter, Moon, Venus, Pluto, or whichever character you wanna reference – you’re bound to find one you’ll like. Even if you’re not necessarily a hardcore fan.

Jupiter knows martial arts, is taller than other sailor scouts, and due to her upbringing can come across as aggressive, mean-mugging, and never too open for you to see her weaker side. 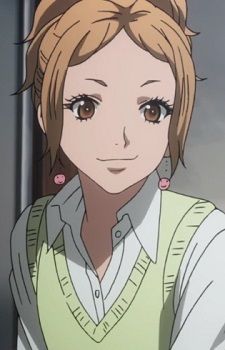 Asuza is the best friend of Naho in Orange. She’s also loyal, protective, trustworthy, and down to earth. Grounded in reality about things and only gets aggressive when defending something worthwhile.

If she was the protagonist she’d take the spot as far as curiosity goes with her personality because of her confidence compared to Naho.

15. Catarina Claes (My Next Life as a Villainess)

Catarina Claes is the female lead character of which there are many these days and one who doesn’t have it all together the way she’s expected to in this new world she finds herself in.

She’s a gamer/Otaku at heart. She attracts a harem but it’s mostly women. This dynamic if you ask me is why the anime isn’t as popular as the regular cliche (the opposite).

14+ Anime Characters With Names Starting With The Letter K!

Isekai Manga for Sale Buy Now
We earn a commission from Amazon & other affiliates if you make a purchase at no additional cost to you.