In the business world there are life cycles and trends, no different to how nature or life works in general.

First off you have:

So where does the industry fit into the picture?

As far as 2018 goes, the industry is sitting in the startup phase with a first-class seat.

But before I get into that, let’s look at the historical life cycle of the industry so far…

The historical life cycle of the industry: 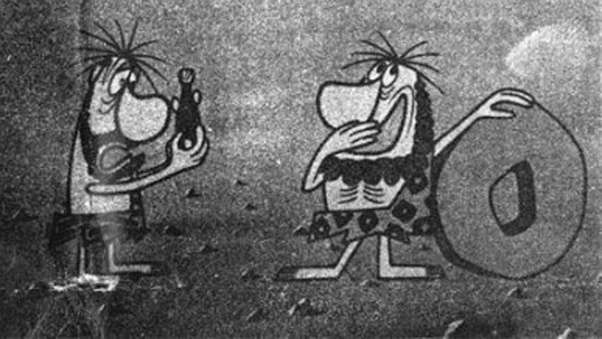 The anime above was produced and released in 1961. It’s considered the first anime to have been created.

During this time in the industry, there wasn’t much of anything in terms of growth, decline, maturity and so on.

The only “phase” the industry was in from the 1960’s-1970’s was the startup phase. But it was so insignificant that I’m hesitant to even put it in any category at all during this time.

This is the golden era of the industry.

At this point of the industry, had dived into the “growth” phase with its foot on the pedal, driving 100 miles per hour.

And too many other shows for the massive growth of the industry in the 80’s/90’s, and even today.

The year 2000’s is another era we can thank for massive growth in the industry.

And so many more why I’m even able to have this conversation.

At this point the industry was more profitable than it ever was, and even more successful (it’s debatable).

That’s why it’s not surprising to see shows created in the 90’s and 2000’s that are still loved to this day.

4. 2010 onwards: the industry starts to “dip its head” into the depths of decline

Don’t misunderstand my point. I’m aware of all the successful shows that came about since 2010.

, , Food Wars, Attack On Titan… No matter what your opinion is of these , they’ve driven the industry forward since day 1 of being released.

The last 8 years of the industry has been a mix of decline and “startup” mode.

But in the past 2-3 years the life-cycle of the industry is in its startup phase again.

The definition of “startup” phase

Here’s what investopedia says about the startup phase:

“Participants tend to be unprofitable because expenses are incurred to develop and market the offering, but revenues are still low.”

This is EXACTLY what the anime industry looks like in 2018.

In the past few months there have been dozens of companies who’ve shutdown.

Just look at these headlines:

This is only a “small” portion. And it’s a typical example of startup territory.

it’s not even a surprise when I see these headlines pop up so often, because in general: you have to be insane to start an company. Since the industry itself is one of the ugliest in the entertainment business.

That’s true whether you’re a business owner or an “employee” of the industry.

So what’s next? Where does the industry go from here?

When an industry is in its “startup” phase it’s unprofitable and risky for one reason: uncertainty.

To overcome uncertainty, you need innovation on a massive scale. And not just any innovation, but the type of innovation that people want to have.

The kind that drives demand and makes everyone happy. Fans and businesses alike.

So THAT is where the industry needs to go from here

I predict within the next 10+ years, more companies and businesses will have more opportunities than we’ve ever seen in the past.

More companies will become more profitable and successful. And certain issues like Piracy, animator shortage (and more) will die down and improve.

As long as there are investors, enough funding, and innovation becomes more of a priority, the future of the industry will be brighter than we ever thought possible.

But there’s still a long way for us to go from here. So don’t celebrate yet.

We’ll get there eventually (on a global scale).

11 Ways To Support The Anime Industry

How Anime Has Radically Evolved In The Past 57 Years