fathers are some of the most important characters in . Especially when it comes to Shounen type shows or supernatural genres.

I don’t feel like they’re as celebrated as mothers in so let’s talk about it! 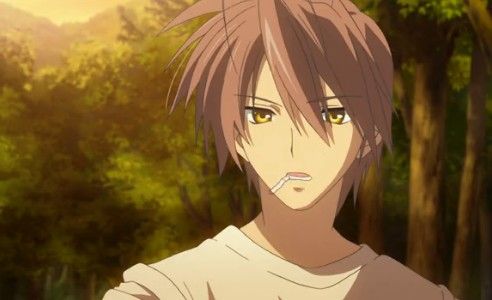 Akio is the type of father who puts in the work and holds it down for his family. He’s in your face, straightforward and unsurprisingly protective of his daughter: Nagisa, the MC.

The comical scenes in Clannad are thanks to characters like Akio and even Sanae (the mother).

Later into season 1 and especially season 2 – Akio plays a bigger role in the story. And what follows from it is tragic. 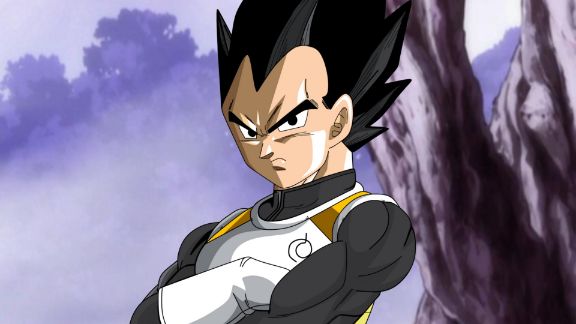 Vegeta is seen as the better father than Goku from . And this surprises fans because of Vegeta’s brash, cold and indifferent attitude towards people in general.

Especially his attitude to Bulma in the beginning (which was more stubbornness).

Vegeta takes care of his kids (Trunks), shows them tough love, and is always there for them when needed.

He even abandons a tournament to be with Bulma because her baby’s gonna be due. 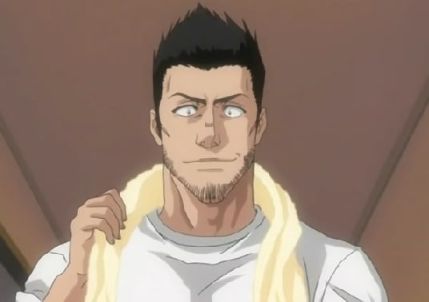 Isshin Kurosaki is another character who’s a great father. He’s more of the comical, seemingly annoying but GREAT father figure to Ichigo in Bleach.

His clowning around, sarcasm and fooling around is mostly his way of keeping the family’s spirits up. Especially since his wife dies (as part of the plot from the beginning).

As you find out later in Bleach, there’s more to Isshin Kurosaki than meets the eye. And he’s a powerful soul reaper. 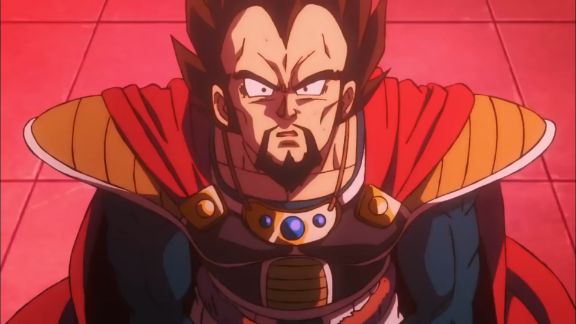 I guess it goes without saying that King Vegeta (Prince Vegeta’s father) is a good father. The main difference is King Vegeta was gambling with life hanging in the balance.

Frieza ruled over the Saiyan race and planet Vegeta, and King Vegeta did whatever he could to protect his son.

He never showed weakness in fron of his son, despite the hardship, struggle and the annoyance of Frieza hanging over his shoulder.

We just didn’t get to see more of King Vegeta than we could. 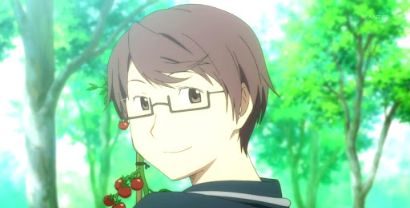 Tomihisa Kaname is the father of Madoka Kaname. And the husband of Junko (who’s also a great mother).

Tomihisa doesn’t get too much screen time in the series but when he shows up he’s always sharing his wisdom.

You can see how blessed his relationship with Madoka is based on how they talk and interact with each other. And he’s always there to lend an ear when needed. 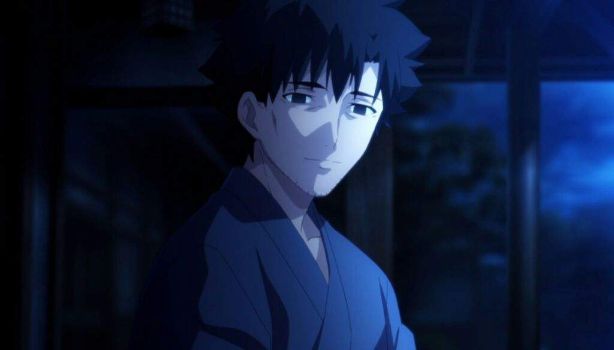 Kiritsugu Emiya might not be a father by blood, but he’s a father by characteristics, how he treats Shirou and the way he goes about his life.

To Shirou Emiya he doesn’t see it any other way. And it’s clear from snippets of their relationship in the Fate series.

Kiritsugu’s been though all this BS of the past, the violence, the tragedy and hardship. And he does everything to make sure Shirou doesn’t deal with the same things growing up. 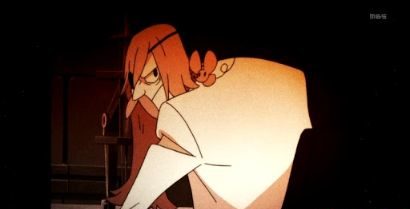 Isshin Matoi (or Soichiro Kiryuin) is the father of , the MC.

He’s a scientist like no other, and spent almost all his time dedicated to science and development of technology.

While he didn’t spend all his time with , and the doesn’t show much of their relationship, it’s clear he cares a lot for Ryuko.

This is proved when circumstances play out and his instinctive choice is to protect Ryuko no matter what.

It’s a shame their relationship isn’t developed a lot because it’s a stellar . 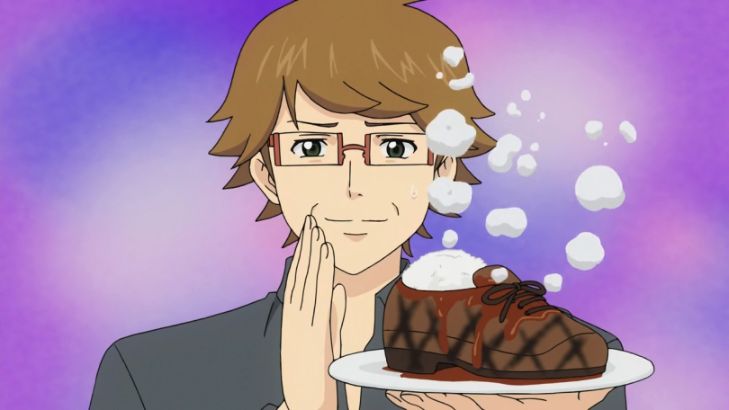 Kuniharu Saiki is the father of Kusuo Saiki, the psychic MC of this slice of life/comedy. He’s one half of Kusuo’s crazy but funny as F parents.

Kuniharu is the overly dramatic father type who’s all lovey-dovey with his wife Kurumi. Which Kusuo is passive aggressive to.

In all seriousness though the wouldn’t be the same without Kuniharu’s nonsense and relevant episodes. Especially when you push the comedy to the side. 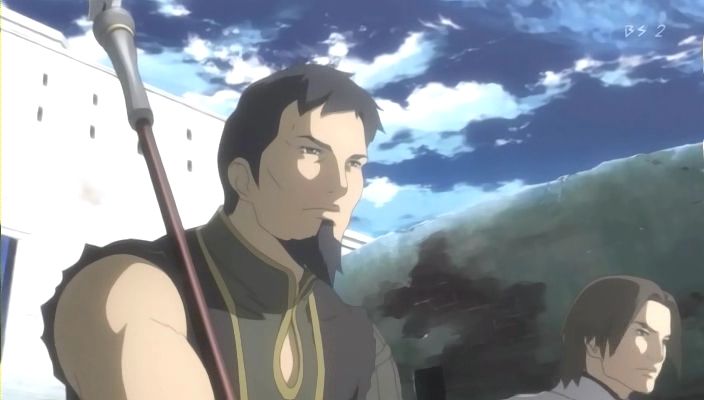 Jiguro Musa is another non blood related father who’s still a father figure none the less.

The main character – Balsa Yonsa see’s Jiguro as a father since he’s the one who raises and teaches Balsa everything she knows about fighting.

He’s a caring man and thoughtful of others. And always does his best with the best intentions no matter the situation.

It’s ironic because how Jiguro is a father figure to Balsa is similar to how Balsa is a mother figure for Chagum, the other MC. 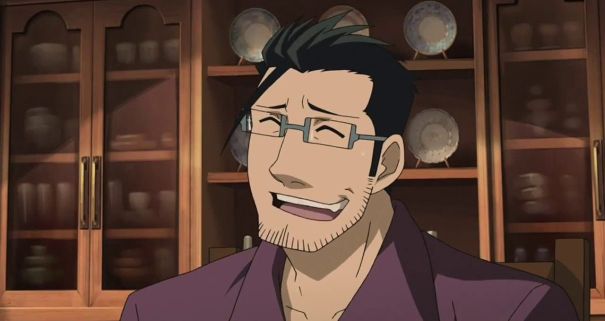 Maes Hughes is an iconic character from the . One of the most successful to this day.

He’s the kind of man who seems too kind to be in the army because he has a heart of gold and is one of the more empathetic “soldiers”.

He’s always laughing and smiling, it’s one of his most noticeable features. And the love he has for his daughter says it all.

They don’t make characters (or fathers in ) like Maes Hughes too often. Shiro Fujimoto will remind you of Isshin Kurosaki since they share similar personality traits. He’s the type of guy who acts like a clown on the outside, but he’s more than most would think.

Shiro’s hard on Rin Okumura because Rin is the most problematic, and there’s a dark secret about Rin which is why he’s so focused on raising him the right way.

Without mentioning spoilers, once you watch the you’ll realize why he’s a legit father figure. 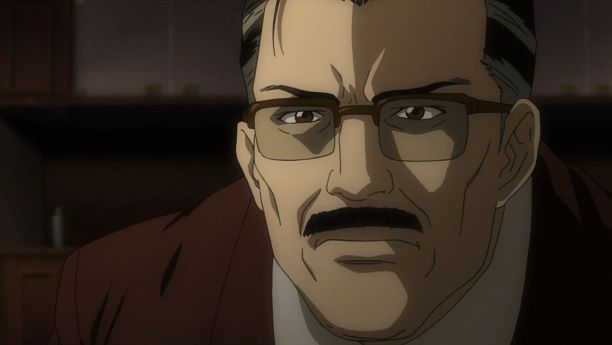 Soichiro Yagami is a police officer who plays an important role in the series as Light’s father.

is a crazy series for its mad plot, the psychological tactics, chess-like strategy and surprising twists. And the way things eventually play out with Soichiro getting involved is interesting.

You can tell he’s a solid father who doesn’t stand for any BS and is big on self discipline. But Death Note is a dark lesson of how things can turn sour regardless of how good of a parent you are.