One thing I don’t think about often but have realized is this: people with BIG platforms don’t talk about racism.

Some of these publishers and bloggers will even say they care about the community, and they’re all about “supporting” each other.

I just never see any evidence when it comes to racism in particular (except smaller platforms).

Racism is alive and well in the industry

On a smaller level you’ll see White American fans being racist towards the same Asians who created in the first place. This is more on the extreme side but it does exist.

And you see a lot of racism, whether it’s systematic or blatant towards the black community.

And even towards Asians, the very people who created in the first place. Which is mental.

Examples Of Racism In The Community:

Naomi Osaka is a half Haitian, half Japanese woman who’s a champion Tennis player.

She signed a deal with a company called Nissin, a global noodle brand with a lot of clout.

While this deal was a lucrative one, that didn’t matter when Nissin lightened Naomi’s skin in the media through an animated AD. 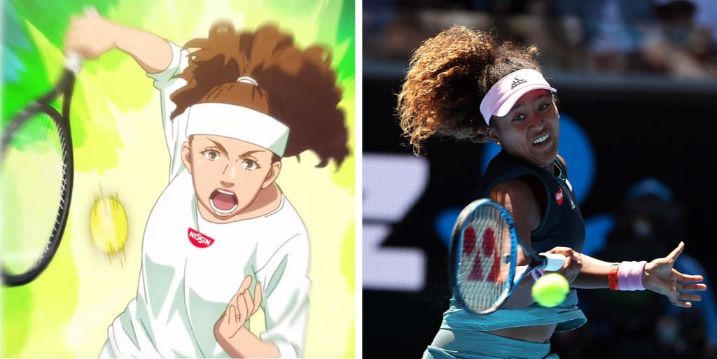 They went out their way to whitewash and misrepresent Naomi Osaki by lightening her skin in the AD.

And in a separate occasion they made a racist joke saying she looks “too sunburned”.

This was in Japan itself.

Whether it represents the majority or not doesn’t take away from the racism and that’s the point here.

For a cute anime series like “Is The Order A Rabbit?” you’d think everything in this would be fluffy and lightweight like a teddy bear.

It IS like that. But for some reason within the first few episodes of season 1 – they “drop” a racist stereotype to make a point.

In this scene – Sharo Kirima has a flashback from a time Rize saved her from “thugs” or the equivalent.

Of course – her memory ain’t even a real memory, as you see when Rize describes what actually happened.

But only after depicting 2 black Men with stereotypical designs, and painting them as thugs who do bad things in a dark alleyway.

This is subtle racism that tries to play it off as someone innocent and no big deal. But it’s a clear negative stereotype drawn from the western world about how black men look, act and behave.

3. Black Cosplayer Who Cosplayed As Nezuko ()

This example is a LOT more recent than others on this list.

There was a black cosplayer on Twitter, relatively new to the industry who cosplayed as Nezuko.

As you can imagine – she didn’t think anything of putting it out there on Twitter.

She loves Nezuko’s character, and she was having fun doing it.

And then the racists came crawling out of their caves to bash her over the head with their clubs.

It got to a point where she was driven off Twitter because of the hate and abuse for “being a black Nezuko”.

Racism is unfortunately pretty common in the cosplay community (both in your face and subtle) and especially towards black cosplayers (and even worse if they’re my shade or darker). Sure we can “ignore it”, but that’s a super tone deaf advise when it’s in our face 24/7. (2/9)

So that amazing black Nezuko cosplayer (which was her very 1st time cosplaying btw) had to lock down her Twitter because of racist *ssholes. Whenever we speak up about the discrimination in the cosplay community, yall say that it doesn’t exist and try to silence us. (1/9)

The hypocrisy of American fans with a superiority complex

One thing that baffles me about this situation is the group of people who started this nonsense.

I’ve never in my life seen white cosplayers being “bashed” for NOT being Japanese. And this is the hypocrisy in the cosplay community that makes me shake my head.

Mostly in the US of course.

But even with that said – the immense backlash against these racists was positive and a lot of fans didn’t tolerate it.

While I’m grateful to have had minimal experience with racist pricks in the cosplay community, it’s incredibly disheartening to consistently see post after post needing to be made regarding this issue. I think the least we can do is send her encouraging messages and show we care.

I’ve always said that America has a race issue, regardless of which side of the fence you’re on. And this to me is just a sad highlight of the fact this still takes place.

Related: 19+ Of The BEST Black Female Anime Characters You Should Know 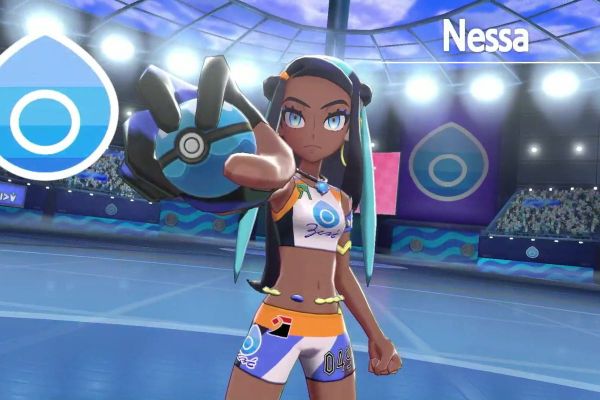 For context – this is Nessa from Pokemon Sword And Shield. The latest Pokemon RPG in the successful franchise.

As with any character of color or otherwise, fans celebrated Nessa as the new water Gym Leader in Sword and Shield.

And of course – there’s always that one guy who spoils it for everyone by drawing a monkey version of Nessa as fan art.

328 people actually “liked” the photo, which makes me chuckle a bit at the absurdity.

And even though the artist got called out for their BS, a surprising amount of Tweets gave their typical “it’s a joke” comments as they do because they love racism.

But it’s far from a joke as this next tweet will show:

Since you’re back
Explain these pic.twitter.com/eKQleheCkw

This artist draws these comparisons to black people on more than one occasion, and hasn’t said a word about any of it.

There’s no need to because actions always speak louder than words ever will.

This has been going on since the early 1900’s in the USA for media in general. But within the last decade or so, anime characters are constantly whitewashed when adapted into Hollywood.

Let’s take the film as an example of whitewashing. 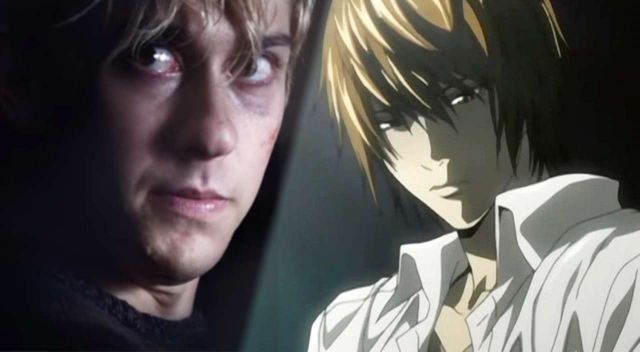 Light Yagami was depicted by a white actor instead of an Asian one. Or more accurately – a Japanese.

No fan took this seriously as proven by Twitter at the time.

The same thing happened with Ghost In The Shell, and we all know how that went down.

At the end of the day – if a film gets adapted, it’s only right to have people play roles who fit the characters race.

In this context it’s different to cosplay, as cosplay is more of a fun activity and nothing full-blown or strict like a film is.

It’s a common thing to be told “we don’t want people like you playing this role”, usually in a round about way.

That’s typical for any race when it comes to Hollywood’s whitewashing BS. 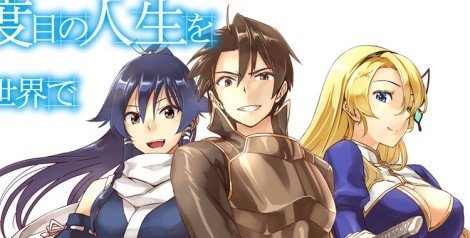 Back in 2018, the : Young Again In Another World was adapted into an series.

The release date was set for October 2018. But it ended up getting cancelled that same year in June.

The creator of the series went on a racist Twitter rant about Chinese and Korean people (old Tweets).

Or as Wikipedia puts it:

“Commentators discovered several tweets by the author from 2013–2015 allegedly containing derogatory and racist statements about China, as well as tweets from 2012–2014 that contained similar racist messages directed at South Korea.”

The Twitter mob dug up old Tweets with a shovel and found racist, derogatory Tweets towards China and Korea.

This was the nail in the coffin for Young Again In Another World. And everyone jumped ship to avoid being associated with the author and the drama that came from it. 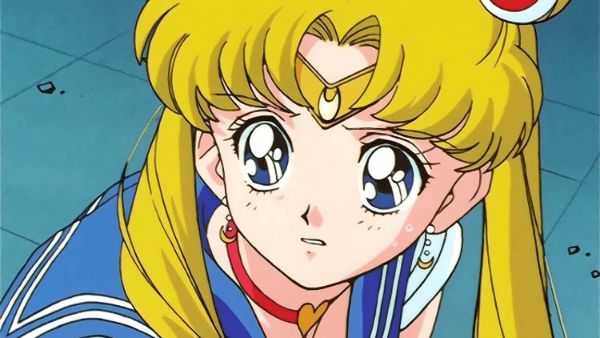 As you can see – this is (Usagi) from the series.

This is her as-is, without any changes or whatever.

So what’s the issue?

There was a redraw challenge on May 18th 2020 where artists did their own “spins” on ‘s design.

Everything seemed OK and nobody batted an eye.

But then comes the racism from American SJW’S

It all started with this.

Someone did a redraw of , this time with a more homegrown look. Meaning a Asian version of down to the T.

After all – ‘s heritage IS Japanese and is made in Japan. So why not?

It’s all for fun.

But Americans were quick to show their racism…. again. This time towards Asians and Japanese in particular.

This time the focus is on a black redraw of .

Once this artist did their redraw of Sailor Moon as a black character (just like with the Asian redraw) racism and prejudice followed.

Not surprising knowing how SJW’S operate on Twitter, and how a portion of Americans can be towards other races.

All you’ve gotta do is look at the comments to see it in action.

controversy that WAS NOT racist: 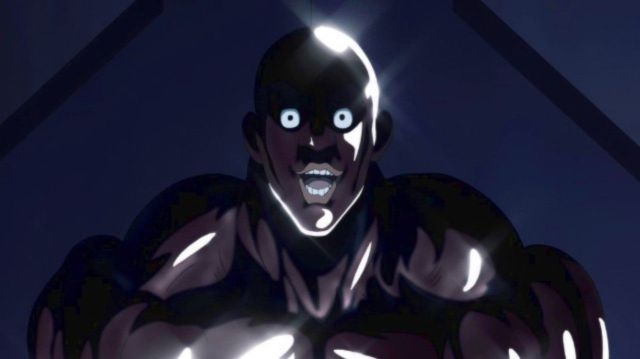 When the blackluster controversy took flight in 2019 I thought the whole thing was an absolute joke.

The problem with “fake” racism on the internet is it all stems from America.

America is a country where no matter WHAT your skin color or culture is, everyone is overly sensitive to racism. And will outrage about things that aren’t even racist to begin with.

This minority ruins it for everyone else in cases like this. And the Blackluster case from One Punch Man S2 was one of em.

After all – Blackluster existed before the even aired this episode.

What do you think about racism in the community?

7 Types Of Anime Fans That Make The Community TOXIC