I came across a Tweet that talks about this. That’s mostly what I use Twitter for: ideas.

One guy who happens to be a YouTuber did a video on the topic of fetishization, Asian women, etc.

So I thought why not highlight it.

I’m one of the few who speaks on serious topics anyway. 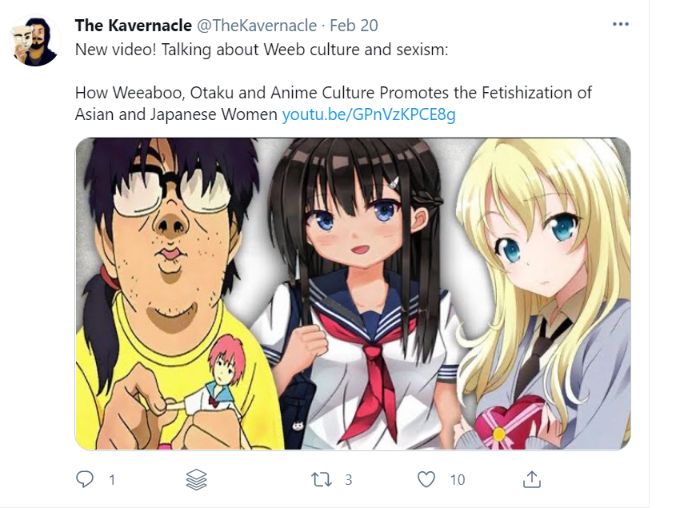 And so it made me think as it stood out among the crowd.

It’s something I’ve thought about but never gone into.

Does Promote Fetishization Of Japanese Women?

The YouTuber in question @TheKavernacle starts the video by talking about yellow fever, which is the fetishization of Asian women.

By white men in the west, especially America. These days that’s evolved into what’s known as “Weeaboo”

He goes into the history and how colonization plays into this fetish. Since colonization brought about the idea of “Asian women being subservient”.

Which is of course racist. But important when it comes to and the image it portrays.

Anecdotal examples of how Asian women feel about “weebs”

In an article by the Yale Daily News, 2 Japanese women go into their experiences with dating. And with white men in general.

Not to mention how they’ve been fetishized. Usually by weebs from the community in the west.

Surprisingly this article was published in 2021.

“I love your features!”

As women of Japanese descent, we hear these unprompted, uncalled-for phrases on the regular. We have watched many a relationship or talking stage crash and burn because yet another guy only wants our bodies for his weeboo fantasies.

Realizing that the boy you’re starting to fall for is weirdly turned on by your “exotic aura” and couldn’t give a damn about you beyond your race is a special flavor of disgusting.  In public and the pursuit of love, not only does being Japanese become a personality trait, it often becomes the only one that actually matters to other people.”

The sad thing is this is just the beginning of these Japanese women’s experiences with “weebs” in the west.

Anyone without a blindfold can clearly see how racist this is. And f*cked up on levels that go beyond creep.

Related: The Differences Between An Anime Enthusiast, Otaku And A Weeb

The Japanese fetishization goes even further

“In our time as best friends and talented Japanese women extraordinaires, we have often talked about our endless frustrations with being regularly fetishized and objectified.

Why did he beg me to speak Japanese? He really thought I would be his “personal geisha”? What does that even mean? Will we have to spend the rest of our lives having to screen every guy we meet for yellow fever or an girl fetish?”

These are good questions. But in reality, they’re common sense questions any reasonable person would ask on the receiving end of being fetishized.

They’re an object of desire, and it seems a lot of weebs in the west (the one’s on the extreme side, which there are many) do this often to Japanese women.

It goes even further than that 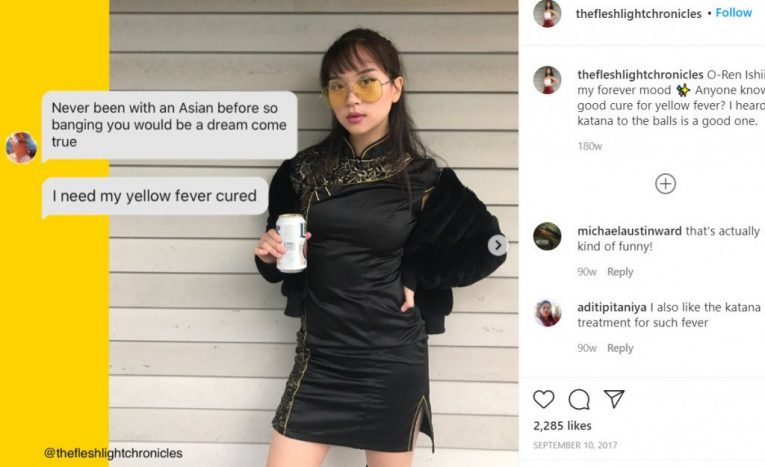 “Never been with an Asian before so banging you would be a dream come true. I need my yellow fever cured.”

These are experiences of Asian women and Japanese women being fetishized by weebs in the west.

“I want to absolutely dominate your small, Asian body. And I also want you to quit smoking it’s really unhealthy.”

‘m cringing just writing out what’s been shared. And unfortunately it gets equally or even worse as you scroll down.

The point is here is this is what was mentioned in the video on fetishization in the west.

I’m just adding to the conversation.

So does promote fetishization of Asian/Japanese women?

It’s clearly a problem and I already knew about it before. But hadn’t got around to talking about it.

But HOW much of a problem is it? And is it a case of a loud minority being mistaken for the majority?

Or are a shocking amount of weebs in the west taking too far out of context, which creates the fetishization from face-value stereotypes?

Here’s the video again for clarification

Anime’s Bad Repuation: Is There Truth To It, And WHAT Caused It?