On the 15th of May 2020, I shared a post which started a conversation: Webtoons Are Cool, But They’re NOT The Future Of Anime.

I wrote this post in response to some nonsense that was stirring on the internet.

One example being CBR claiming Webtoons will be “the future” of .

Even Fornever World was making bold claims on YouTube about this, which I already mentioned in that article.

We’re in November 2021 now and the year is coming to an end soon. And Manhwa (webtoons) has failed to catch on, pop, and will absolutely not be the future of or .

That doesn’t mean Webtoons doesn’t have its place in the overall industry (it does), but it’s hyperbolic to claim it’s the future at this point.

That’s also true for even back then.

Why Webtoons Won’t Become The Next Big / Trend:

Webtoons or as some call it: Manhwa is basically Korean . The rise in its popularity is thanks to Webtoons, a company that has done well for itself.

Authors are promoted if they reach 1000 subscribers or almost 50K views per month.

The problem with webtoons and those that were adapted into is it’s all too niche.

This isn’t a bad thing by itself.

Think of UK Hip Hop, Korean Hip Hop, or Japanese Hip Hop. All those 3 things are niches within niches. The main thing being Hip Hop from the USA.

It’s only natural (and not surprising) that neither have outpaced or become bigger than Hip Hop.

I look at webtoons in the same way since it’s a branch from the and tree.

A niche within a niche can’t overtake the main niche. That’s just not how it works.

Tons of people subscribe to webtoons, and follow and read webtoons religiously. And even swear by it as far as the unique quality and stories it brings to the table.

That said, when thinking about webtoons in the grand scheme of things, it’s a niche within a niche. That niche being and , which is what webtoons relates to.

and are niche as it is, and it’s doing well for itself regardless of it not being mainstream in the literal sense of the word.

It’s not promoted or accepted like that from a societal point of view.

Something like Webtoons which in comparison is underground doesn’t have what it takes to become the next big thing in the overall industry.

It’s not a quality issue, but a niche issue. A “cult” issue you could even say since it’s even deeper than and .

It’s a good alternative, but not a replacement.

Relevant: 15+ Manga That Won’t Let You Sleep Once You Start Reading Them

2. and fans are too loyal

Webtoons “looks” like or , whether we’re talking about adapted webtoons like Tower of God or just webtoons in general.

That connection is why some fans who like and enjoy webtoons as an alternative. It serves a purpose and does it well.

With all that said though it doesn’t matter.

fans are too loyal to what’s considered and as far as:

And all of the other elements that make what it is, and what it is. That’s why fans feel icky and get prickly when adaptations look NOTHING like “”.

The latest Cowboy Bebop Adaptation is a good example even though it’s a different topic all together. 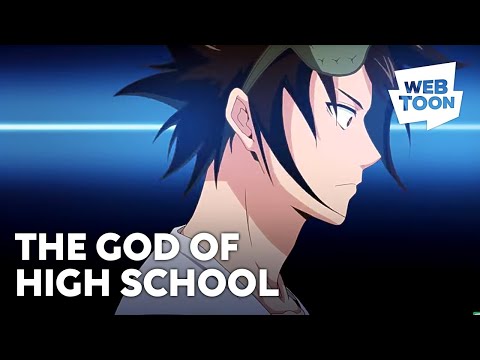 Getting back on topic – is a recent-ish example from 2020 that shows just how niche webtoons is and how fundamentally unique it is.

The struggled to dominate in the way most expected it (Manhwa readers). Most just didn’t like either the art, aesthetics, or how it was all laid out overall.

Tower Of God was another story, at least in comparison to . But even still, it’s a niche within a niche and only certain fans want to see more of it.

As for the webtoons adaptations that have an “” feel to it, they still didn’t do so well. And didn’t seem to reach many fans at all.

When I Woke Up I Became A Bagel Girl is an example I’ll use. I hate to use sites like MAL but many webtoons like this one reflect in the ratings.

I say that for one reason and one reason only: loyalty. It speaks to fans loyalty in general, even if they don’t know it.

Actions always speak louder than words, and the results have consistently shown that fans in general have a distaste towards the style of webtoons and the adaptations.

It’s the same reason why Chinese anime shows haven’t done so well (outside of China of course).

It’s also why Chinese don’t have the highest ratings on MAL, or the most viewers and reviews.

Actions don’t lie, but people do with their words.

The results tell you everything you need to know about the overall loyalty for what is supposed to look and feel like.

All you have to do is look at available statistics to see how webtoons/manhwa measures up to . Or even .

Look at the red line. That’s . See how high it is on the trends graph?

The blue line below it, which is barely visible, is webtoons. It’s basically a flatline in comparison.

And even if you change the results to Manhwa vs , it doesn’t change a thing. The comparison is overwhelming.

These results are based on the past year, and even if you dial it back to years prior it doesn’t change.

This only proves how everyone who was hyping it up had no idea what they were talking about. Or they were hyping it up because they wanted Webtoons to become the future.

That’s just the reality though and it won’t be.

And that sums it all up. It’s right there in black and white (the stats) along with my other points I’d dare anyone to challenge.

I don’t say any of this to downplay webtoons or to sh*t on it. That’s just how I see it with evidence to back it.

The Future Of Anime: Big Changes We’re Likely To See Because Of Technology