Not much is known about the author of Redo Of Healer. Their name is Tsukiyo Rui.

Their gender is unknown.

We do know the author is ballsy considering the ‘s content and the obvious reaction it was bound to get when adapted. 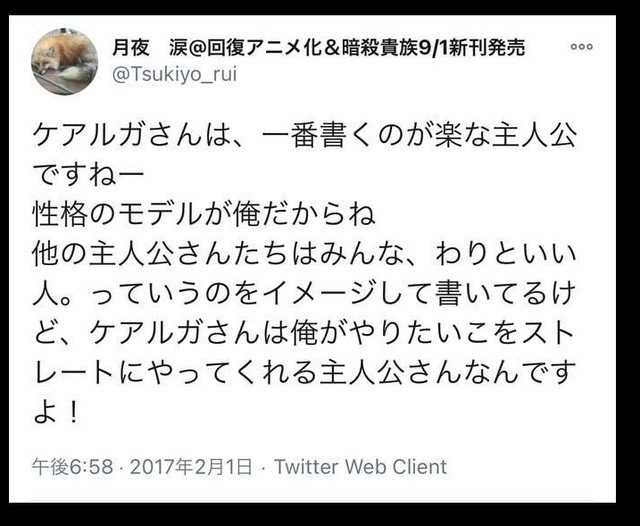 In a Tweet from 2017 that appeared on a Japanese forum lately, the author says Keyaru is based on his own personality.

A “model” of certain aspects connected to the author. Which is what a model is (aspects on a smaller scale).

That makes a lot of sense. Sometimes authors, be it with , light novels, or fiction, create characters who relate to themselves.

Even if that “relate” is only with an aspect of their own personality, as opposed to the character’s personality as a whole.

Nothing out of the ordinary.

“Keyaruga is a fairly easy protagonist to write. That’s because his personality is based on mine. On the contrary, the other characters are very good people. I wrote it knowing it, but Keyaruga is the protagonist who does whatever I want him to do!” – Tsukiyo Rui

Some fans now respect Tsukiyo Rui even more than before, because they have context.

I’m sure there will be those who don’t feel that way though.

Either way, Keyaru was easier to write because of the connection the author has. In their own words pretty much.

Redo Of Healer is an anomaly, meaning it’s one of the first controversial to avoid a big controversy.

Only a small one happened from ANN and Twitter to a small degree.

People have been more preoccupied with Nagatoro, Uzaki Chan, and Attack On Titan. And almost every week there’s something new that only gets crazier with Redo Of Healer in spite of it.

What do you think about this news? 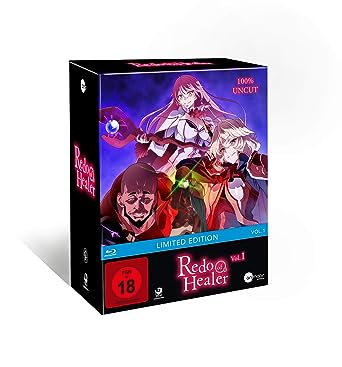 Redo of Healer Vol.1 (Blu-ray Edition) Shop with Amazon
We earn a commission from Amazon & other affiliates if you make a purchase at no additional cost to you.