Hayao Miyazaki is an outlier, an individual.

The kind of person who stands out in a crowd, sometimes for the wrong reasons.

Some people don’t like him because of it (in private), and others love Hayao Miyazaki for his raw honesty and commitment to his craft in .

That’s part of the reason why Hayao Miyazaki’s “anime was a mistake” meme and quote came about.

People misinterpreted his message on purpose, or they just wanted attention. And so what happened came to be. Some memes are a little different, but many are along the lines of “anime was a mistake”, simple as that.

Some extend it to “anime was a mistake, it’s nothing but trash” with Hayao Miyazaki’s face taken from an interview.

As quoted by the escapist magazine:

“You see, whether you can draw like this or not, being able to think up this kind of design, it depends on whether or not you can say to yourself, ‘Oh, yeah, girls like this exist in real life. If you don’t spend time watching real people, you can’t do this, because you’ve never seen it. Some people spend their lives interested only in themselves.

Almost all Japanese animation is produced with hardly any basis taken from observing real people, you know. It’s produced by humans who can’t stand looking at other humans. And that’s why the industry is full of otaku!” – Hayao Miyazaki

Source: Hayao Miyazaki: Anime Suffers Because the Industry is Full of “Otaku”

Let’s break down what Hayao Miyazaki really meant by his statements.

Miyazaki never said Otaku’s lack real world experience, but it is what he meant by his words.

Let’s focus on this part of his interview:

“You see, whether you can draw like this or not, being able to think up this kind of design, it depends on whether or not you can say to yourself, ‘Oh, yeah, girls like this exist in real life. If you don’t spend time watching real people, you can’t do this, because you’ve never seen it. Some people spend their lives interested only in themselves”.”

It’s in this part of the quote where Hayao Miyazaki says more than he seems to be.

If you didn’t get the gist of it, he’s saying if you have no experience with the types of characters or roles you’re portraying, the results will speak for itself.

You can compare it to a university professor who’s never sold a product in their entire life, giving business advice about how to sell products.

How can they give advice if they’ve never done it, and have no knowledge of HOW to do it?

In the same way, if an “Otaku” becomes an author of or , only because they’re a fan…. They’ll likely create things they have no understanding of.

If they do that, the results will show in the final product of the characters, their behaviors, the message and the story.

Related: 15+ Anime Characters Who Are Straight Up Otaku’s & Weebs

A perfect example to make my point 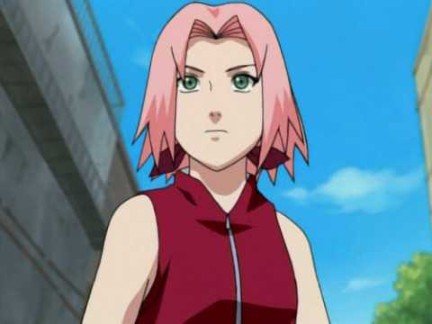 We all know Sakura Haruno from the series. She’s a famous character like no other, and is controversial on levels most female characters never reach.

But the question is: WHY is she controversial?

One reason is because of how Sakura’s character is written. The author had no idea what he was doing with Sakura (at times). And it showed.

Fans argue that a lot of female characters in are like that to some extent. Well written on the surface, but compared to male characters they’re laughable as far as quality.

There’s arguments to that.

This is a direct result of the author’s real world experiences, and not having enough context.

Sakura and how she’s written is hard proof. He writes male characters well, but not so much female.

I doubt that’s an accident. 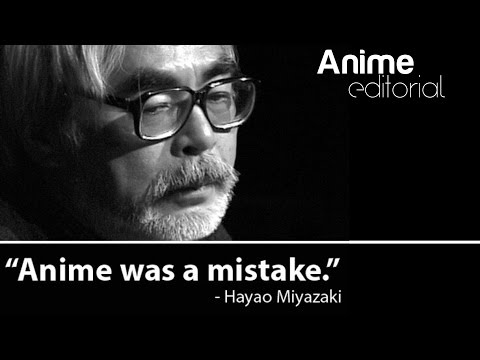 To be a creator, writer, author, artist, etc, CONTEXT is the holy grail. Imagination can only take you so far if you can’t relate or truly understand the character you’re creating.

I’m sure this is what he really meant by his “statement” relating to Otaku and the industry.

I don’t follow Miyazaki like that, but what’s interesting is a lot of things I’ve said dozens of times about the industry (lacking effort, cheap fan service, half-assed, etc) is the exact thing he’s said himself.

“The rest of that essay is about his fear that Japanese animation has been degraded to the level of being a “cheap in-flight meal” like Disney works.” – Hayao Miyazaki

Miyazaki’s the only one I know of who doesn’t sugar coat it either. I do think there’s a case for “Otaku’s” and creators in general making great without having the most real world experience.

Imagination is another tool to make that happen, but as I’ve mentioned already – real world experience and being able to relate matters.

I’d say that’s the reason why you have so many:

And shows these days with a lot of those tropes or genres. At least compared to Miyazaki’s time coming up in the industry.

That’s why Harems and with fan service (to an extent) have some of the worst reviews and ratings compared to that REALLY touch your heart. where the creators understand their characters a lot better.

That ends up leaking out in the final product when we view it.

What do you think about Miyazaki’s true message?