Anime beats Disney in a lot of ways.

Don’t ask me why, ask your kids. Or your Nieces, Nephews, and either the Millennial generation or the next generation after it.

Kids these days are getting more and more into anime than ever before. And few I’ve spoke to would say Disney is better than anime today.

It’s not like I’m writing this post to sh*t on Disney and put anime on a pedestal either.

No, I’m stating the truth of why anime is better than Disney because of the way Disney operates. And how they go about making their films.

Disney has potential and has made a lot of great films in the past, but things have changed. And even then (in the past) Disney’s problems are similar to the issues of today.

Anime Vs Disney, And Why Anime Is Better:

1. Anime doesn’t pander for the sake of it 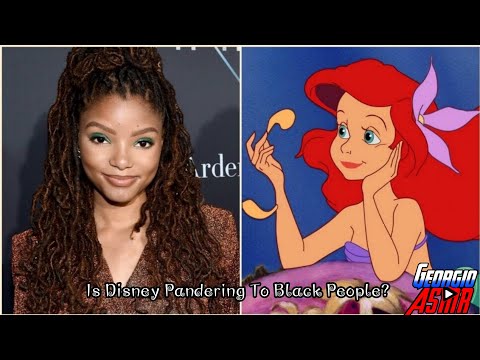 Ariel is a Disney character who Disney turned BLACK just to pander to the black community I guess.. In the US at least.

Why is something like this necessary? Rhetorical question. It’s not relevant.

Disney is known for pandering like this and changing characters races, genders and everything else to “please” everybody…

Except Disney has lost sight of who they’re really pleasing and whether their actions make sense.

They’re overlooking talent, skill, art, and instead are putting pandering and political correctness in the drivers seat.

This is visibly ruined their films and has people questioning the logic and common sense of it all.

This video deep dives into the feminist propaganda they’re shoving down YOUNG people’s throats… While simultaneously pandering to Men hating feminist who love every bit of it.

Disney has become a company who’s controlled by the most toxic people in our society, because they fear going against them.

They even went as far as creating a “feminist” book for babies.

Compare that to anime, a pure art form that doesn’t pander to fit an agenda. Or get on its knees and kiss the cheeks of SJW’S who think the world shines out their you know what.

Anime is loved because of the fact it doesn’t pander. And because it doesn’t bend over backwards for a loud minority who doesn’t even support it in the grand scheme of things.

You can see this with anime like . An anime that dropped in 2019. 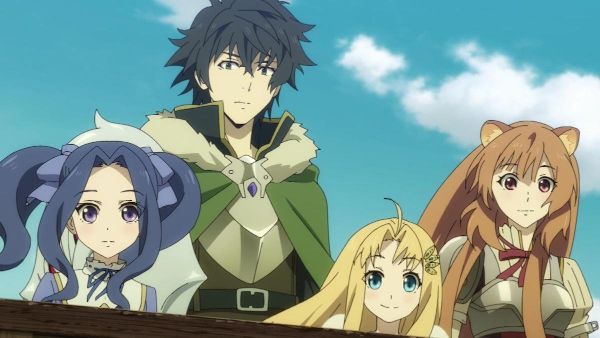 Ever since the release of this anime (within the first month) there was backlash, criticism and people attacking it left right and center.

The anime was being attacked from ALL angles and it had no chance to defend itself… But then again it didn’t need to.

The director of the anime made that clear on Reddit.

After all – the backlash came from PEOPLE who aren’t anime fans, don’t or support the anime industry, and are culture vultures trying to push their own narratives.

Or in other words: the loud minority of cry babies in the west who are entitled and want their ego’s stroked at your expense.

They’ll even take advantage of double standards to do it.

That’s why Shield Hero stirred up controversy in the first place (double standards). 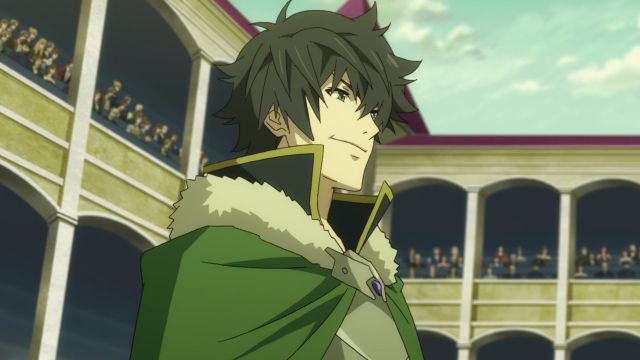 In this position, Disney would pull its pants down and say f*ck me (at the expense of their own standards and principles).

That’s why Disney films are a load of bollocks compared to anime today.

It’s not that Disney can’t make good films, it’s that it won’t because they’re so shook of the loud minority.

Or they’re so corny that they think “changing” a race or gender of a character will make them heroes in the eyes of society.

Related: The Rise Of Anime Culture Vultures Infiltrating The Industry

2. Anime is entertainment without the BS

Not including dubbed anime in the US (some of that is altered to mean certain things), anime gives you what you want. Entertainment without the BS, the sugar coating, and the politics.

Yeah there are clearly anime with politics in it, but not “that” kind of politics. And it’s not the norm.

When you watch anime you can expect whatever the story intends to tell you… Without having to worry about little inserts being dropped into the dialogue or the plot to promote some BS. 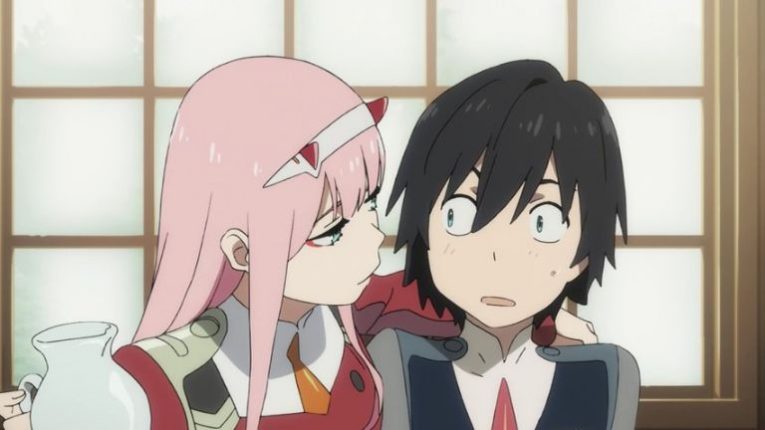 The perfect anime that shows this is Darling In he Franxx.

I hate the anime for the way it eventually turned out, but it’s a good example.

Darling In The Franxx was banned in China and many other places for its content.

In spite of that – Japan didn’t say “OK, let’s pause the anime and start pandering so it gets accepted”.

No, the anime kept running with the same plot, story and themes regardless of the outrage or reactions in certain countries.

Darling In The Franxx ain’t the first anime to do this, and even though not every anime gets so much backlash, the average anime stays in its own lane just like D.I.T.F.

That’s why anime is so appealing, especially to new fans coming into the industry (who are open minded especially). 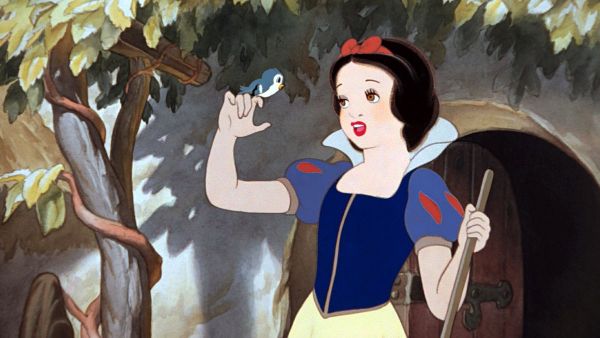 Snow White is one of the old school classics of Disney. It’s a film everyone knows and few would deny.

Snow White (and so many others) have deeper meanings to them. Usually hidden under the surface or not noticeable because of the age group that watches it.

But… Disney’s concepts are limited.

They’ve put themselves in a box and they never really go out of it. Except when they decided to jump on the pandering train.

That’s not really being creative though, because now they’ve put themselves in a new box we might as well call “woke”.

Woke is a bad concept.

With anime, not only do you have so many genres like:

But you ALSO have a good amount of concepts that are unique to so many different anime.

One good anime to point out is Land Of The Lustrous.

This anime is about Aliens if we were to put it into human terms. These Aliens are called “Lunarians”.

The main characters are called Gems. And there’s a malicious relationship between them.

Being a mystery type of series it’s not surprising there’s a lot of mystery surrounding the plot. But the concept is solid once you get into it.

There’s nothing cliché, basic or unoriginal about it.

We get enough anime like this on a yearly basis. Enough for the anime industry to be considered creative and different.

The same can’t be said about Disney when looking at the bigger picture in 2020.

Anime is relatable. Let’s start there. Not to say Disney hasn’t been relatable, but it’s under the disguise of hidden agenda’s and anything but positivity (these days).

You can relate to anime characters because:

There’s so many life lessons and relatable characters in anime that you could teach it in schools.

I say that without exaggerating.

Next you have visuals.

The visuals in anime CAN be childish, of course I’d never deny it. But because anime is so broad the designs and visuals tend to be realistic.

The funny thing is anime a lot of the time isn’t produced on a HIGH budget. We’re not talking a $20 million dollar anime for the average series.

Even so, anime creators manage to prove time and time again that over the top budgets don’t determine visual quality.

Violet Evergarden is a solid anime that makes my point. 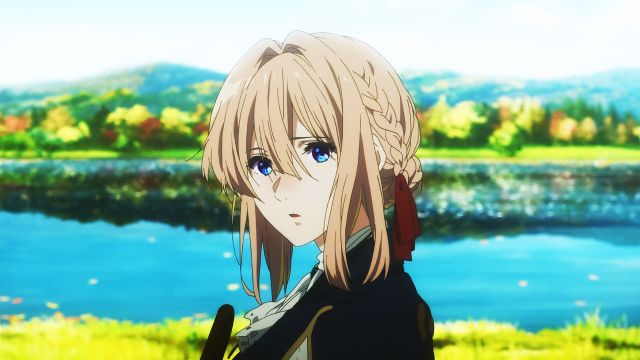 It’s an anime series by Kyoto Animation, and to this day they’ve never created an anime with the visuals Violet Evergarden was capable of.

Comparing it to Disney just doesn’t give you that same quality. And it’s not as varied as anime.

And then there’s the educational lessons you can take from anime. And the content itself.

Again – I won’t sit here and pretend anime doesn’t have nonsense within the industry. Every medium does. But anime is more well rounded than Disney or even Hollywood.

’s an anime I started watching this year so I’ll use to make my point. 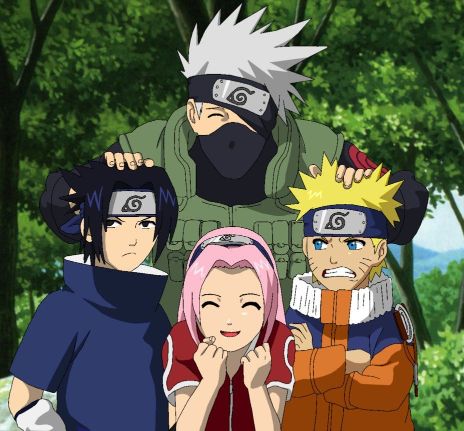 Without making a novel out of the lessons can teach you, I’ll say teaches you about success and failure. That’s an easy way to break it down.

There’s more to than this but it’s one of the themes running throughout the anime.

Of all the people I’ve met and talked to about anime, it’s as if ‘s had this massive impact on their lives growing up. And it’s shaped them in positive ways.

Can we really say the same thing about Disney, even if we use their old catalogue and combine it with the Disney of today?

Anime offers a better package than Disney and this is what I mean by that.

Disney is corny these days and should get back to its roots. Or better yet: bring the “art” back to what they do.

The loud minority in the US has companies like Disney sh*tting their pants. That’s why they’re so insistent on dishing out tasteless films.

It’s all about the and I can’t hate on that. But this is art we’re talking about.

If the art form is diluted for the sake of pandering, can it really be called art (or films) anymore?

That’s why anime is better than Disney and always will be until that changes.