Berserk is a popular and well known franchise in the and community. It’s treasured by many, and treated like royalty.

I’ll never forget after the Berserk author died how much traffic came flooding into Motivatiion (people looking for Berserk quotes).

And now here we are in 2022 with the Twitter crowd who’s known to outrage…. outraging about Berserk’s material and content.

But is it justified? 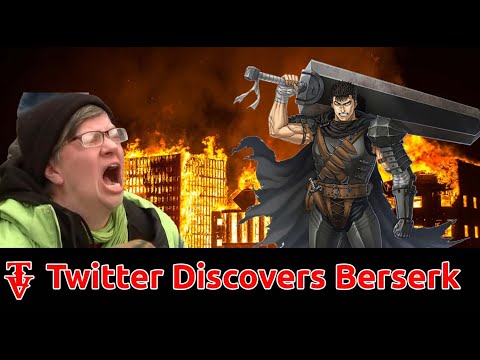 There’s a new RPG video game called Elden Ring that’s trending all over social media right now. If you’re connected to the space in the slightest, you’ll know of it or have at least seen it being talked about.

Long story short, Elden Ring is the reason Berserk was discovered by some fans. And that has spilled over to Twitter like an oil leak.

This oil leak is no ordinary leak though. It’s gotten bad enough that many women in the west are outraging, and aren’t happy in the slightest.

Berserk is misogynistic, violent, and over the top

From what it seems the Berserk , as usual with or , is being judged without context. And by people who only have surface level knowledge.

It’s the Goblin Slayer or Redo Of Healer story all over again. People (or women in this case) focus on the worst parts, and then frame it as if that’s all it is or all it’s trying to be.

Or worse: they frame it as if that’s what the author is trying to promote to so called “brainwash” people into thinking it’s morally correct.

This obviously couldn’t be further from the truth and is a naive take on serious issues that Berserk tackles in its deep, dark world of fantasy.

The outrage is understandably emotional, but still out of context and akin to cancel culture for something a person doesn’t like when they can just not watch it because it’s not their cup of tea.

Nobody watches Berserk and starts acting out the madness that happens within its fiction. People know the difference and it’s insulting to think they don’t (to the fans).

Only in a minority of cases is this true, because that’s a reality shared across society in general. It has nothing to do with or , which would be a scapegoat argument if believed to be true.

Also, GUTS himself (the main character) is also r*ped, but somehow that’s not part of the conversation since it’s a man, So double standards are showing once again.

Anime Cancel Culture Is Dying Out Slowly But Surely, Here’s Why

Anime Is A Scapegoat In The West, And The Reason Comes Down To This