This is SO common you can’t make this up, even if you wanted to. And as usual, big platforms are silent.

Last one I covered was 3 weeks ago: Black Anime Cosplayer QUITS Tiktok After Racist Abuse.

A YouTuber called Thumin, who’s also a black artist, occasionally shares her racist experiences on her channel. And sheds light on the abuse she (and creators like her) have to deal with online.

Or even in general.

This of course is true for bloggers, business owners, and everyone across the board who’s black online. 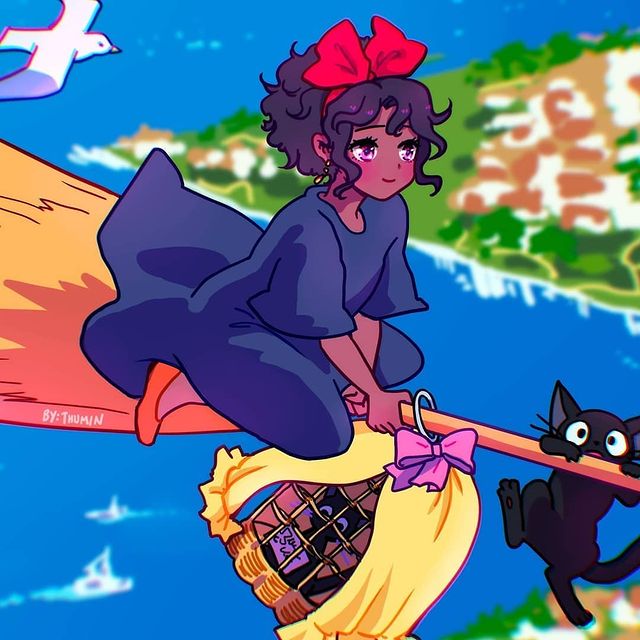 What triggered these recent events was Thumin deciding to draw herself as an character.

Redraws of characters is common by artists, so it’s nothing new. It happened with the Sailor Moon challenge in 2020.

But that’s when the racist abuse started to pour in, from the typical racists in the community. 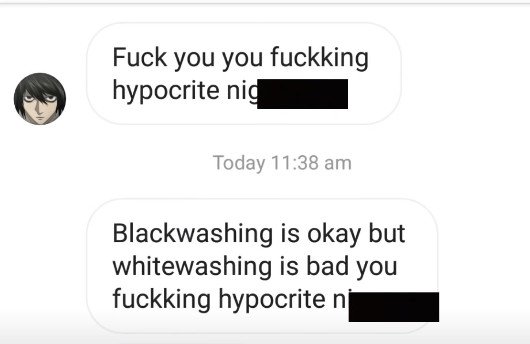 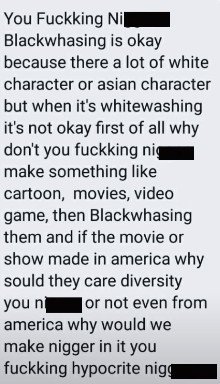 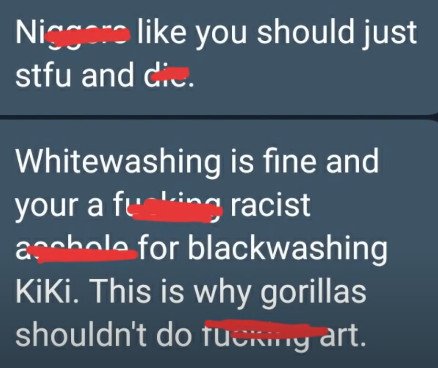 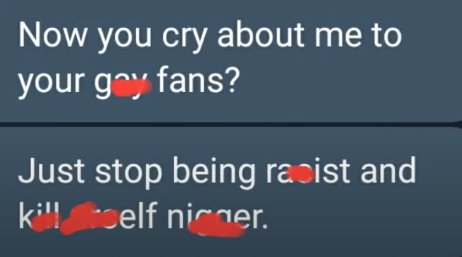 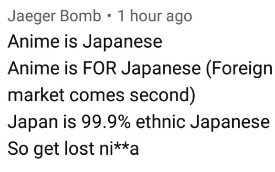 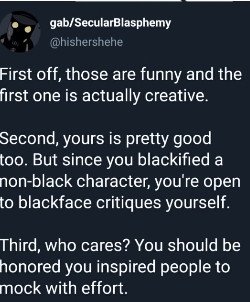 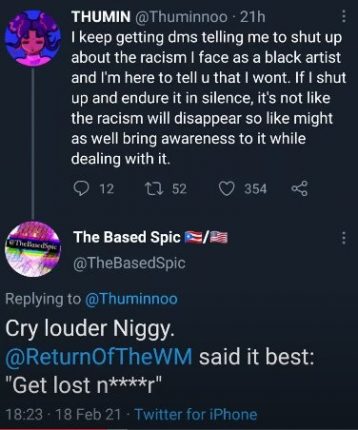 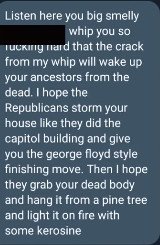 What’s so funny about this is how ALL these comments come from Racists Americans. Some who are speaking for Japan as if they share the same view point across the board.

It’s not Japanese doing this, it’s white Americans. The worst kind who make the community so toxic.

Race aside, all of them are hiding behind profile pictures so you can’t even tell. 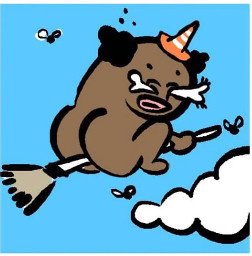 They even went their way to “FIX” her drawings, and make them racist as f*ck. With caricatures and what not.

It only gets worse as well. 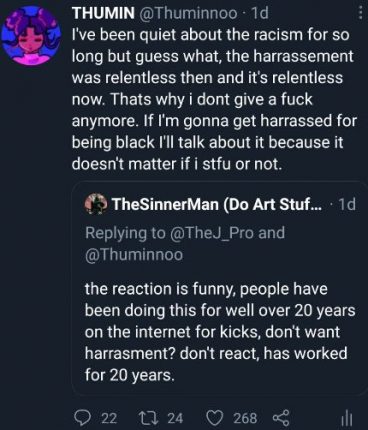 In the middle of speaking out and finally airing out the abuse she’s dealt with online for YEARS, some told her to “stay silent”.

As if that will fix the f*cking problem.

This is the sh*t that pisses me off. No one wants to call out this behavior because it’s uncomfortable, and then expect YOU to deal with it as if it’s an inconvenience to them. 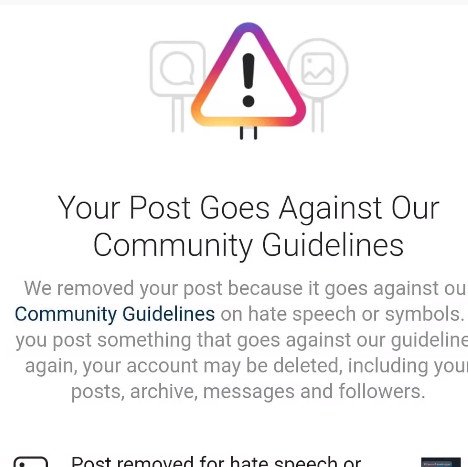 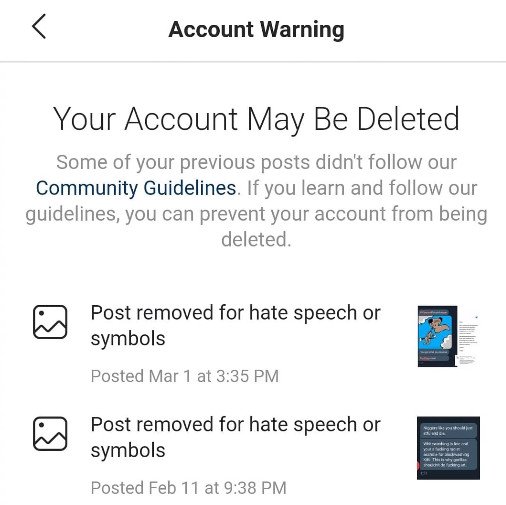 @Thumin’s posts speaking out about the racism she received, was classed as HATE SPEECH by Instagram. And they threatened to delete her account if she continued.

That speaks volumes to what they allow on their platform, and what they consider “hate speech”. 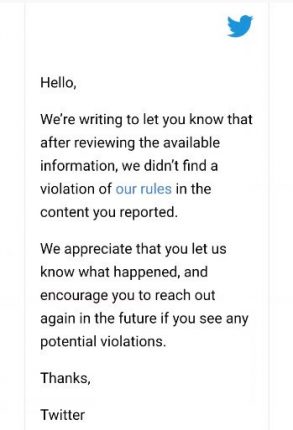 When reported to Twitter for the same thing, Twitter flat out DENIED the racism. And claimed it doesn’t violate their rules.

Even though it’s as clear as day, not to mention Thumin’s art was “FIXED” to make racist caricatures of herself.

So far only YouTube is being fair as far as freedom of speech goes, and of course calling out racism and allowing it to be heard and seen. 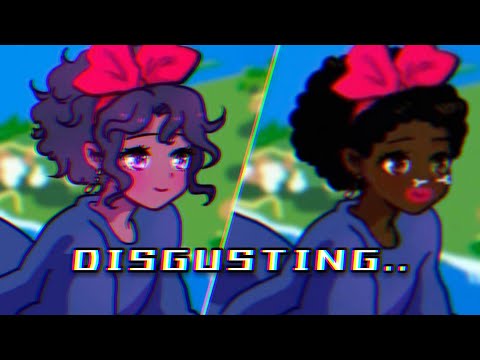 This is the original video by @Thumin. Watch it for a full explanation.

Also, it goes without saying if you follow Motivation, but if you see this behavior on social media, call it out.

Allowing this BS to thrive is why they think they can get away with racism without consequences.

It doesn’t help that Twitter and Instagram are acting like they don’t care. And they need to be called out on a mass scale for these problems to be shutdown for good.