Literally a week ago I pointed out (again) how most YouTubers and news sites never talk about racism in the community.

More so the one’s with a platform equal or bigger than AM by numbers.

They never highlight it, mention it, give it any energy, or call out anyone for letting it slide.

These are the same c*nts who are so quick to wank over controversies, but so slow to talk about real issues.

This shows from an incident with another black cosplayer, who decided to take a break from racist abuse on social media.

In an official 1 minute video, one of this cosplayers “latest” comments says Hinata isn’t a monkey.

Literally implying she can’t cosplay as Hinata because she’s black and has African heritage.

All these roaches saw is color.

“I’m tired of getting so many racist comments and so many hate comments. And having to go through and read all of them, and having to delete them. I don’t understand why people are mad at me for cosplaying.

I genuinely don’t understand. Why does my skin color matter?“

She can be heard sobbing, crying, and being genuinely upset and even flabbergasted as to why she’s being targeted.

She ends the video by saying sorry (for having to take a break for her mental health). 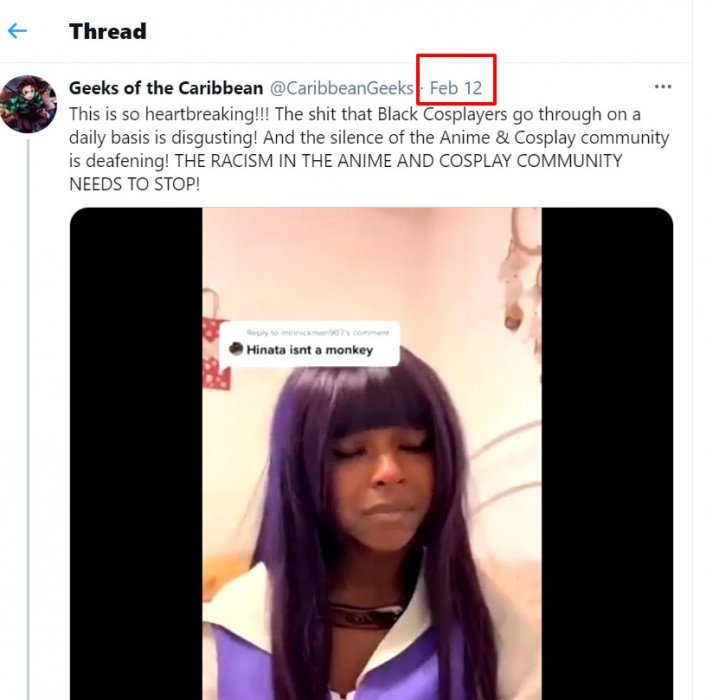 I see most news, even before others see it. But this one slipped through.

I’m not sure when the video first aired, but it was shared on February 12th 2021. Which gives more proof to the idea that the likes of Anime News Network has ignored it.

The same sites that claimed they support black lives in 2020 during the global movement that started from George Floyd’s death.

It speaks to who’s really for who, and who isn’t when racism comes into the picture.

It happens more often than you think 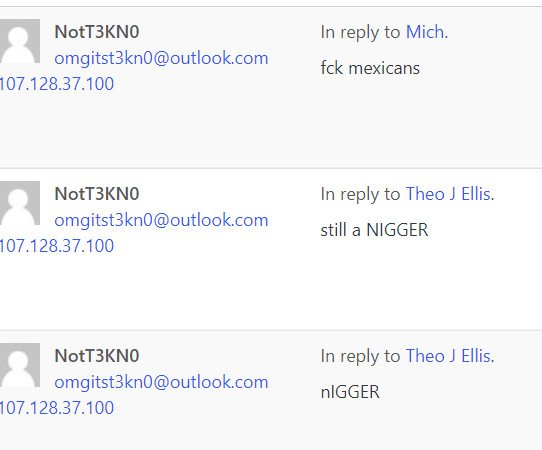 LOOK at the image. It’s a screenshot from the backend of Motivation.

A troll went out their way to say some racist sh*t I don’t need to repeat. Most of the time I don’t put it out there publicly because I’m so far above it, it’s irrelevant.

Not everyone, including cosplayers, can or should have to do deal with it though.

If you tolerate bad behavior and refuse to call it out, you allow it to exist and thrive. And that’s exactly what the majority who have a voice are doing, because they’re not inconvenienced.

And if you claim you love the community or support the community, and do nothing when this happens, you need to be called out because you’re full of it.