Black cosplayers, meaning women in the community are afraid of cosplaying. They’re the ones most targeted after all, to a disproportionate degree.

The irony is black cosplayers:

And like fans in general – relate and connect with certain characters.

But the expression of being and dressing up as those characters is denied thanks to racism and toxic fandoms.

The most common platform (and problem) comes from Twitter.

Call me soft if you want but, these past few days I’ve been on anitwit and i’ve seen a lot of hate and racism towards black people, and black characters in and it literally breaks my heart that people genuinely feel that way.

It;s just as the person says. But it’s not just in the past few days, it’s over the past month and it stretches beyond that.

Throughout 2020 and even 2019, black cosplayers were targeted. Even when it was their “first” attempt at cosplay.

This iconic Tweet of a girl doing Nezuko cosplay is one of an endless amount of examples.

She made her account private just to escape the clear racism and unwarranted hatred for simply being “black”.

Toxic fans are quick to downplay cosplay done by black girls (despite characters being Japanese), and yet will praise and uplift Americans when they cosplay the SAME character.

Some will then even claim (in their own racism and superiority) that these characters are white, etc.

It’s a common theme and a common problem.

the anti blackness in anitwt needs to be talked about

why do they feel the need to “fix” the color of black characters…..

Many Tweets lately have gone out their way to make originally black characters white, and then claim they’re “fixing” it.

And even going as far to say they’re making the characters “cuter” by doing it.

There was a reference to someone who made Yoruichi from Bleach “more bleached” and wording of that nature.

It’s similar to the trend of so called artists saying they “fixed” Uzaki Chan, except this is more toxic because of the racism implied.

Black cosplayers are afraid of being targeted

This is why I’m scared to cosplay. I’m black and Is love to cosplay as an character but mfs are racist as hell. 😐

Unfortunately we do, and things like this make me scared to cosplay characters without fearing that someone will say “You’re black, that character isn’t”.

You can dig through Twitter yourself and see the 100’s and even 1000s of Tweets from black cosplayers. Or fans who are talking about these issues and similar.

There’s conversations around it almost everyday. And like the Tweets above, many are afraid of being subjected to racism.

YouTubers who love controversy are silent as usual and always have been.

Same for most in the industry like CR, Funi, ANN or otherwise. The same companies “outrage” channels ironically criticize.

You can put that down to most people not knowing what to do or say, but some of it is because some creators don’t give a F. Or they condone it but will never show that side of them.

Others use the excuse of so called politics, but that’s a story for another day. 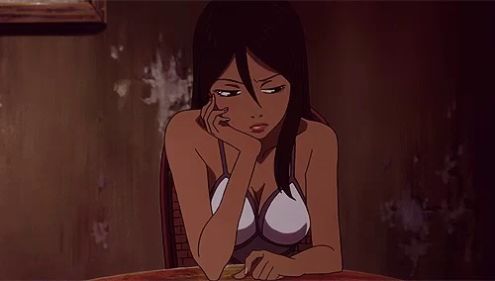 The obvious solution is to call out bad behavior.

If you tolerate a bully, that bully will continue to torment and ruin your life. Same with a racist.

If you tolerate it and allow it to thrive, they’ll continue and it’ll never stop. Problem is – few people, regardless of their size of following, will call it out.

They shy away from it and avoid touching it like it’s 500 degrees Celsius.

This is why the need for a dedicated platform would work, but why should it have to come to that?

Other creators, publishers and “influencers” need to do their part, it’s that simple.

Conversation over. Unless you’ve got something better to say.

The Alternative Truth Behind Why Anime Characters Don’t Look Japanese