The best anime scenes is debatable because there’s TONS to choose from.

Either way, anime is full of great scenes that are:

And most of all – memorable. To the point of being unforgettable because of the anime scenes impact and even emotional appeal.

I’ll get into some of the most powerful that deserve a mention. 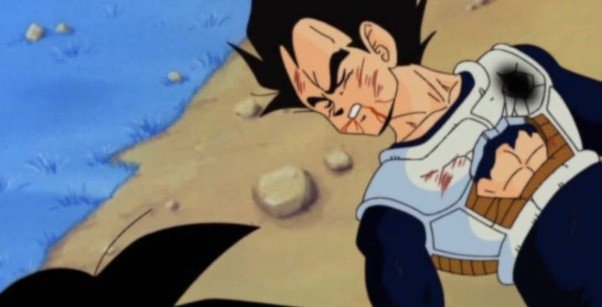 One of Vegeta’s greatest scenes in DBZ history.

There’s NO debating the relevance of this scene. 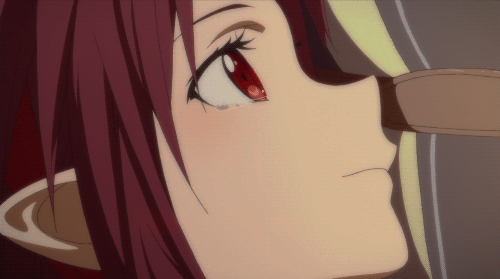 This is during Yuuki Konno’s arc: Mother Rosario. 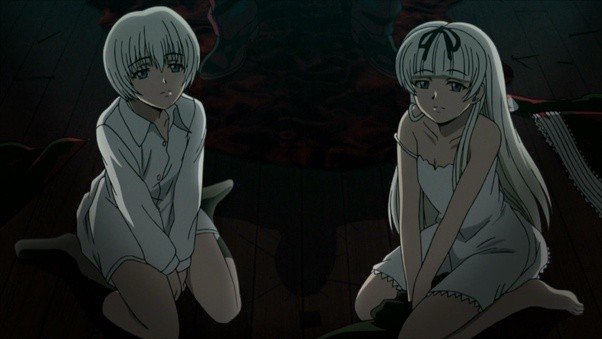 The Romanian twins hit a nerve in Black Lagoon. They’re child serial killers who were raped, violated and worse at a young age.

The SCENE where they get their karma… And even scenes before it, I’ll never forget.

Related: These 11 Anime Characters Have Some Of The Saddest Pasts 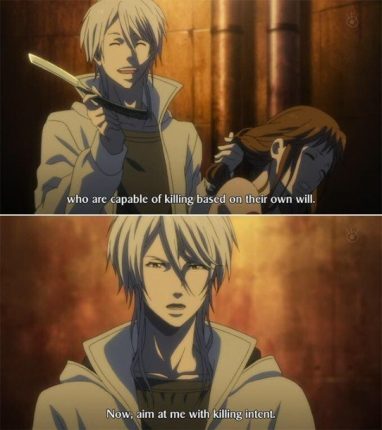 This a scene that makes you cringe hard while watching. Especially when he puts the knife to her neck, and Akane loses her nerve and watches the savagery unfold.

Relevant: 13 Cold Hearted Anime Characters Who Will Send A Chill Down Your Spine 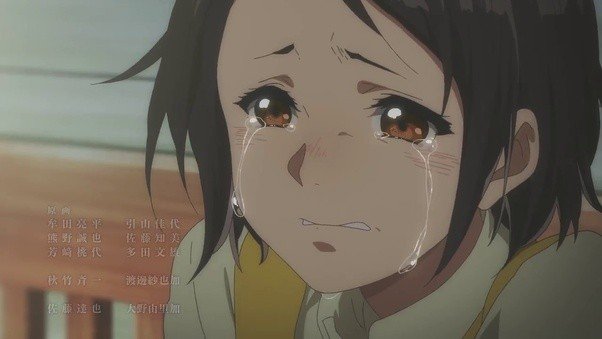 This isn’t JUST a scene, it’s almost the entire episode.

Having a letter sent to her future self (and everything else that comes with it) makes it one of the most iconic moments in V.E.

This was a moment NO DBZ fan could ever forget. 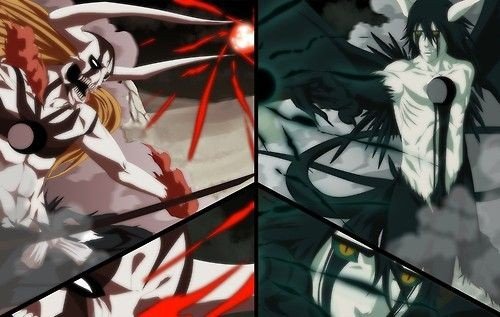 Bleach has MANY moments. But the WEIGHT of this scene can’t be ignored.

#8 Nagasumi & Sun’s hilarious scene (My Bride Is A Mermaid) 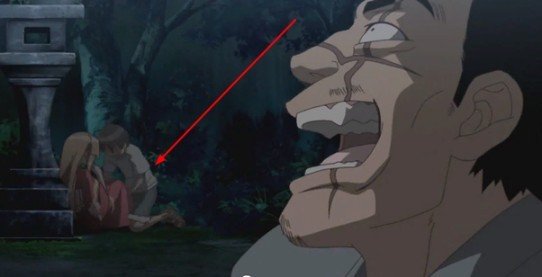 From a far it looks like…. they’re doing something they shouldn’t (wink wink), but in reality that’s not the case.

It’s so out of context it killed me laughing.

#9 When Anzu’s no longer homeless (Hinamatsuri) 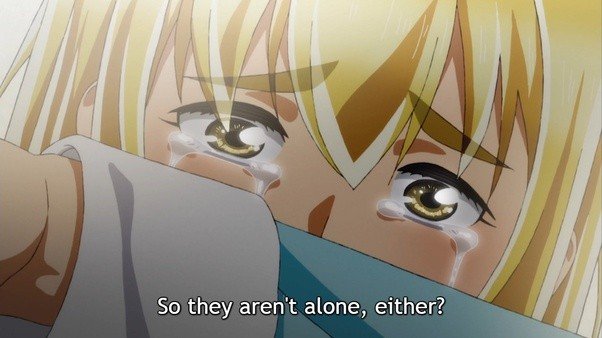 After living homeless, bonding with homeless people, seeing and breathing the struggles first hand, Anzu is offered a home and a place to stay with a nice family.

The weight of this situation makes her more emotional and even guilty than she thought. And she’s overcome with pure gratitude and an appreciation for life that most take for granted. 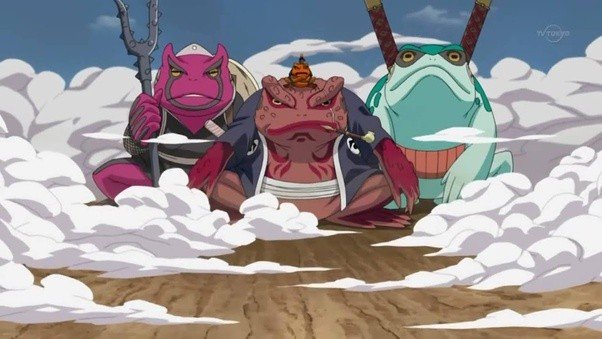 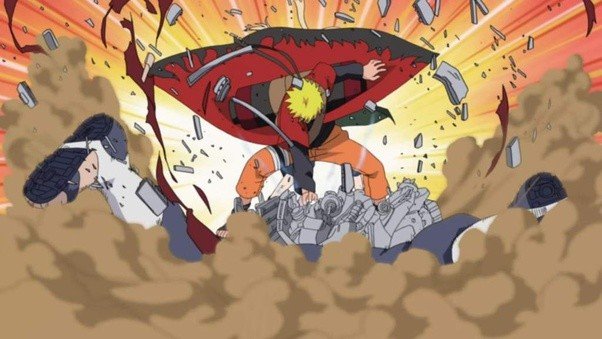 Naruto shows up with the gang and disciplines the bullies who’ve gone unchecked for too long (basically).

Has to be my favorite scene from Naruto. 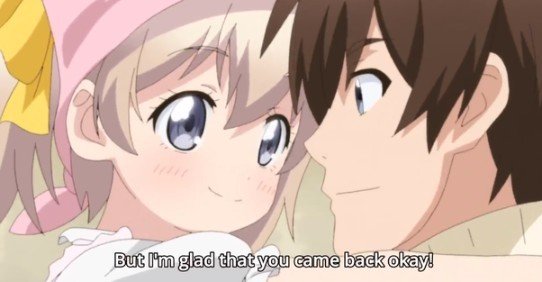 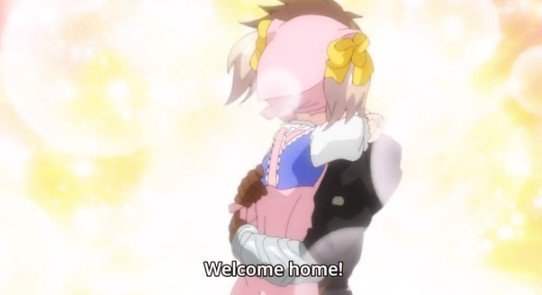 One of the most heartwarming scenes an anime has ever produced! 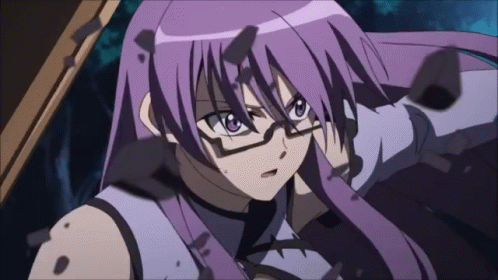 If you’ve watched it you know.

Iconic moment in Akame Ga Kill and a depressing scene as well.

Read: 5 Things I Love About Sheele From Akame Ga Kill 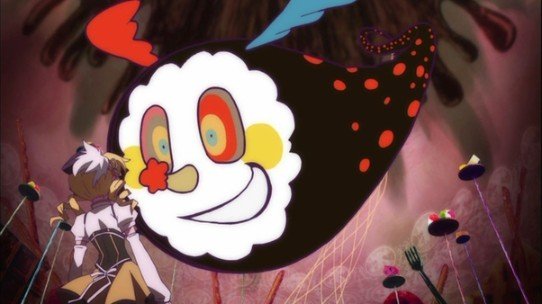 No words necessary for this scene….. 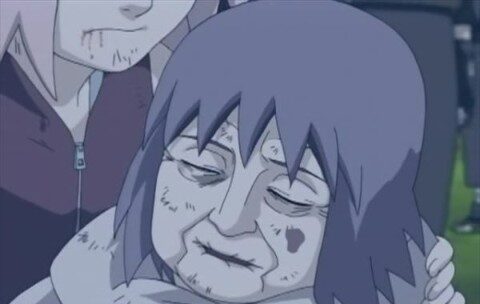 Granny Chiyo made an impact in Naruto. And the final scene is where it hits the hardest.

Especially when Gaara becomes part of it. 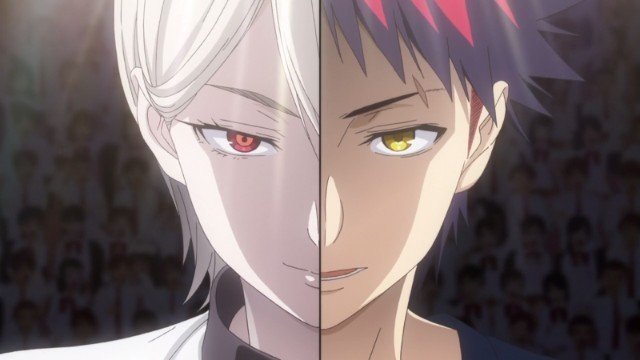 Earlier in Food Wars this was one of the biggest battles and most anticipated moments of Food Wars.

The end result was a little surprising as well. 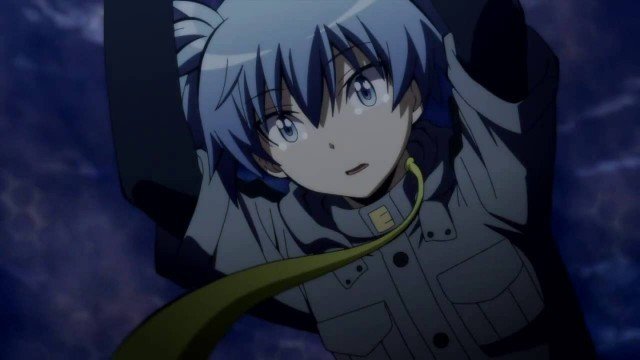 Won’t say too much here to avoid assive spoilers, but this scene wraps up Assassination Classroom pretty well.

One of the saddest of all time. 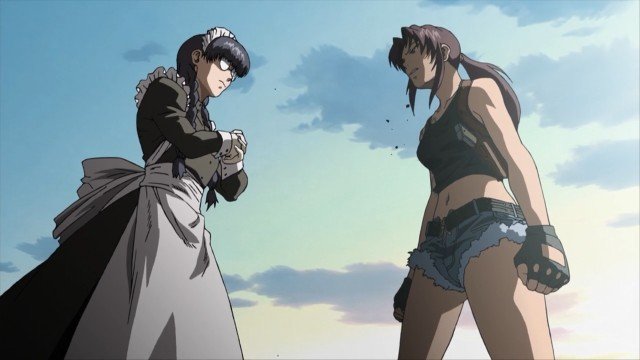 Revy Rebecca and Roberta had “beef” from the beginning of Black Lagoon.

They settle it and it’s one of the anime’s most classic moments. 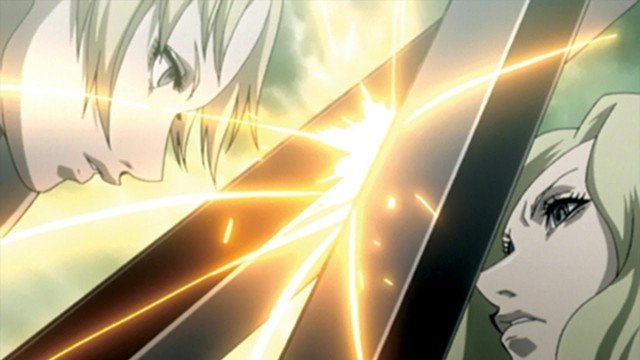 Teresa Of The Faint Smile, an iconic Claymore character. And Priscilla who’s self righteous to a toxic degree.

The scene that follows from the fight is a pinnacle in this anime’s plot.

Imagine kicking and beating a dog to death to deal with your own pain and insecurities.

A “puppy”, not just a dog. This scene is a vile reminder of reality. 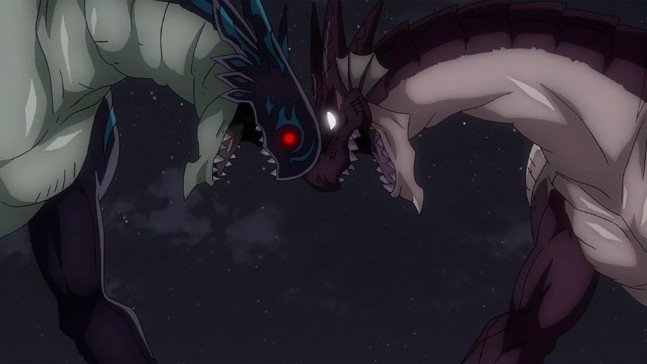 The mighty Igneel faces off with Acnologia. It’s an iconic scene, just like the dragon arc itself.

Higurashi is a lot of things when it comes to horror and psychological themes.

The fingernail scene is one of the more famous scenes and cruel of the anime’s footage. 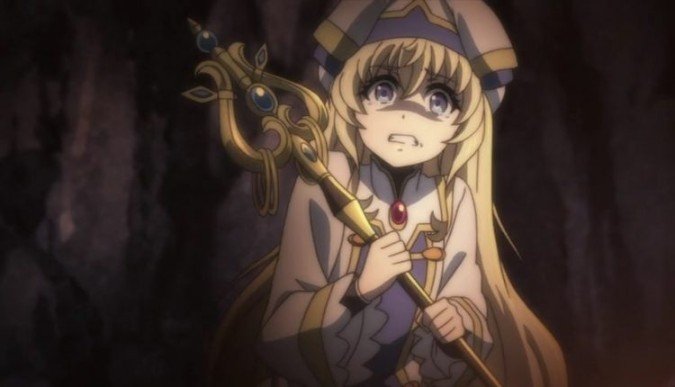 Goblin Slayer’s most violent episode is the 1st one. So it’s understandable why this scene from episode 1 is so memorable.

Triela vs Pino has to be the best fight in Gunslinger Girl.

Similar to Revy vs Roberta, this is based on vengeance and a “round 2” follow up. 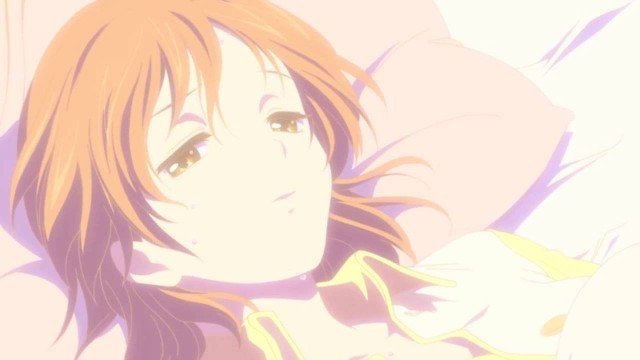 Nagisa has been physically weak since season 1 of Clannad.

What happens next is the reason this scene, and the anime is one of the greatest romance shows to ever be created. 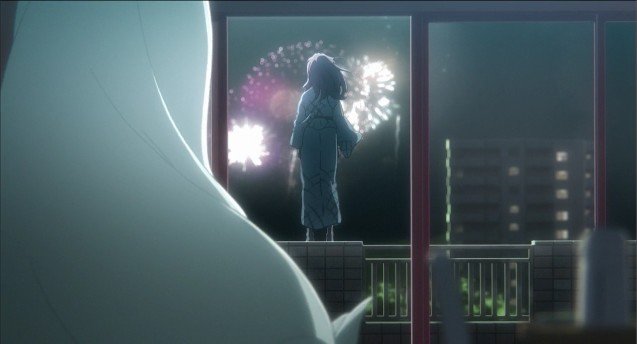 Shouko Nishimiya, the main character with a hearing disability (she’s deaf) is bullied in this movie.

The consequences of that bullying lead to a dark scene later on. 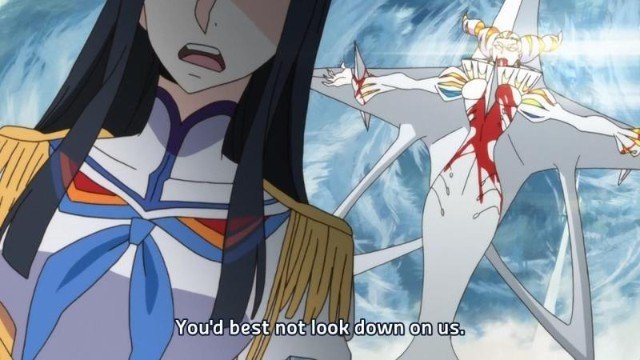 Satsuki Kiryuin’s “scene” later on is a complete 180 and one of Kill La Kill’s biggest plot twists.

There’s no forgetting the impact of this single episode and scene. It’s one for the history books. 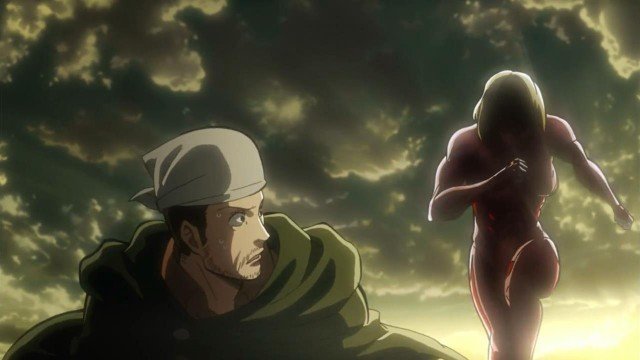 When the female titan first shows up, everyone (including fans) went nuts.

The whole scene is unreal. 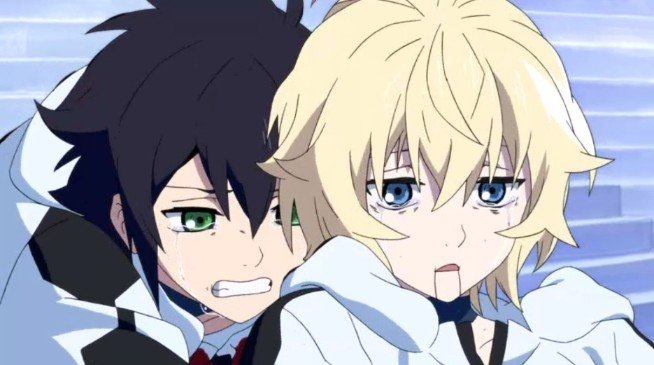 Owari No Seraph’s main characters are orphans. Controlled by the vampire race. And used for blood and food.

The 1st episode has plenty of scenes, but this one is one of the most relevant and unforgettable. 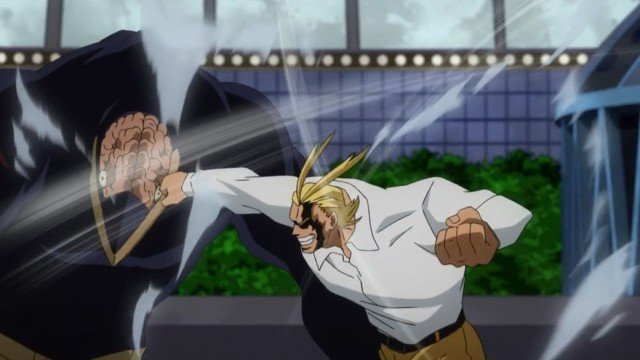 All Might’s first display of raw power when Nomu shows up in early My Hero Academia.

It’s one of his best moments showing off his strength in the anime.

15+ Weird But Powerful Anime Weapons That Are Unforgettable