The Demon Girl Next Door is a comedic but slightly different take on magical girls and demons. The first season came out during 2019.

Yuko is the main character. After waking up from a strange dream with a demon girl, she wakes up and finds herself with horns growing out of her head.

Her mother then shares a few secrets about their family history, and how she has to defeat magical girls, and the ‘s comedic journey begins from there. With Yuko becoming friends with a magical girl called Momo instead. 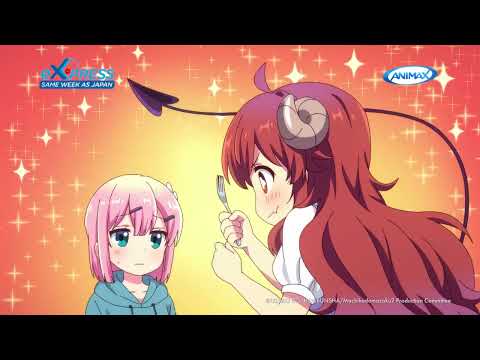 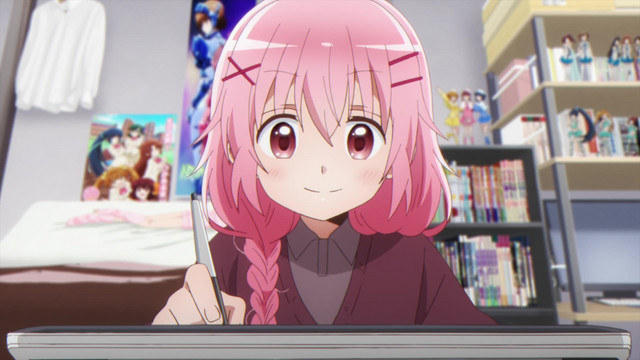 Comic Girls is similar to The Demon Girls Next Door when it comes to its main characters and their personalities.

Moeta as she’s called is a writer who’s on her way to live with other writers and artists. She’s shy, introverted and has her own editor.

She likes to draw in a style, and she’s no good at doing the more realistic looking drawings (like Shoujo or Shonen).

After meeting her senpai she starts to develop her skills a bit, but not without the taking advantage of her “cuteness” and using it for lots of comedic effect.

2. The Great Jahy Will Not Be Defeated! 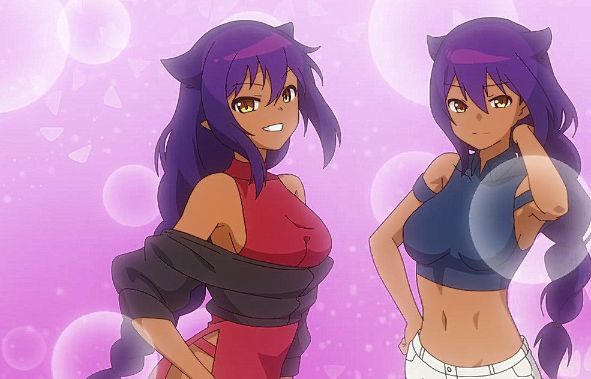 Jahy Sama as she’s called is the ‘s main character. She’s 2nd in command to the demon lord, and is a force most wouldn’t dare to mess with.

A magical girl finds her world and destroys it, forcing many demons like Jahy to end up on earth with nothing. Losing a portion of their powers in a lot of cases.

Jahy is now poor, barely scrapes buy, works at a bar with a wholesome, caring manager, and she’s on a mission to retrieve the mana crystals to regain all her powers.

Slice of life fun, silly moments, wholesome episodes, Jahy has it all and it’s slightly underrated.

Related: 7+ Anime Shows Like The Great Jahy Sama Will Not Be Defeated! 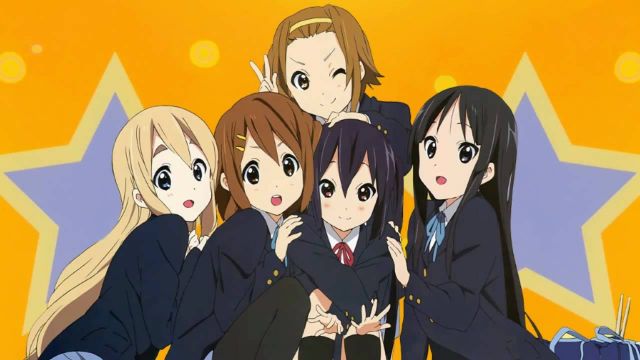 K-On is a Kyoto Animation classic which has had its 10 year anniversary already. Yui Hirasawa is the main character.

She’s a klutz, a bit of a rebel, likes music, playing the guitar, and she even gives her eventual guitar a nickname. She’s what makes the light up with its comedy.

Tsumugi Kotobuki likes, eats, and brings cakes and tea to school to share with her friends. And has a slightly odd personality.

The is basically about them in a “cute girls doing things” style, one of the originators of this style of . 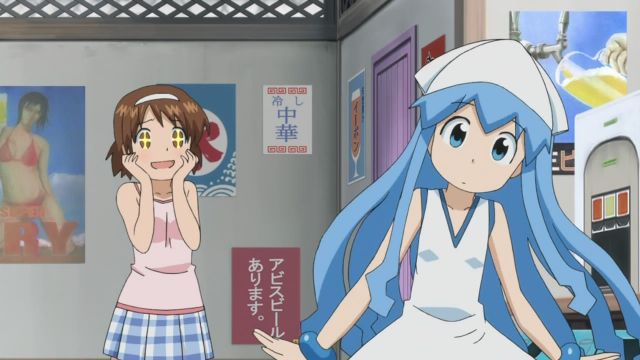 Squid Girl, as the name implies, is from the sea and has the powers and abilities and even sensibilities of a squid. But she can live on land as well.

She can spit squid ink and even KILL with her tentacles. But the doesn’t take that route of writing.

Instead Squid Girl is a comedy/slice of life series that focuses on the lighter, more fun side of things. And all the characters make that possible and play their role.

The only difference between this and The Demon Girl Next Door is the setting which is usually by the beach and in a costal town.

5. The Devil Is A Part Timer 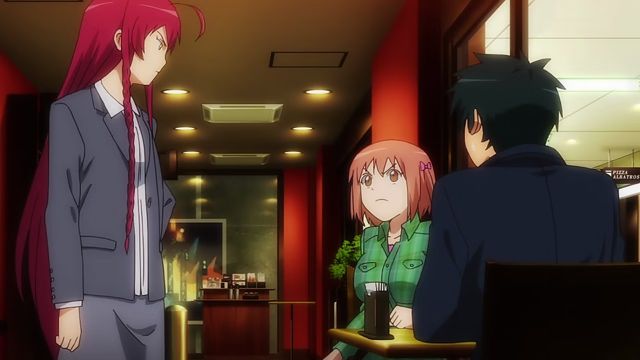 The Devil Is A Part Timer is a lot like Jahy and The Demon Girl Next Door. Satan and his comrades are almost defeated, but they escape to earth while being pursued by hero emilia..

Satan changes his name to Sadao Mao, registers a passport, gets a job at Mc-Rondalds, and rents out his own place with his demon servant Ashiya.

Hero Emilia (now known as Emi Yusa) also ends up on earth, and initially wants to kill Satan because of their bloody history.

The eventually waters down into something more comical, slightly relaxed, and less serious than it could have easily been if the writer chose to.

Relevant: 13+ Shonen Female Writers Who Made Some Of The BEST Anime Shows 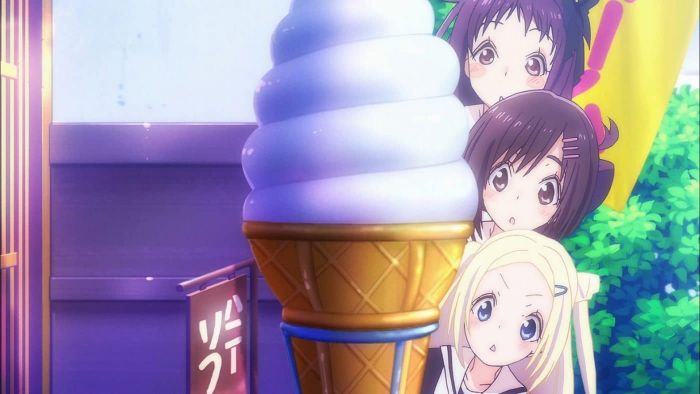 Hanayamata shares the wholesomeness of The Demon Girl Next Door but it’s not in a supernatural setting.

In this there’s -5 main girls. Hana Fountainstand is the blonde girl who wants to do a dance called Yosakoi, so she goes looking for people to join her to form a group.

Other girls in the group are a mixture of , ambivert, and extroverts. And of course – Tsundere.

Not a very known but it deserves just as much recognition as bigger shows like K-On. 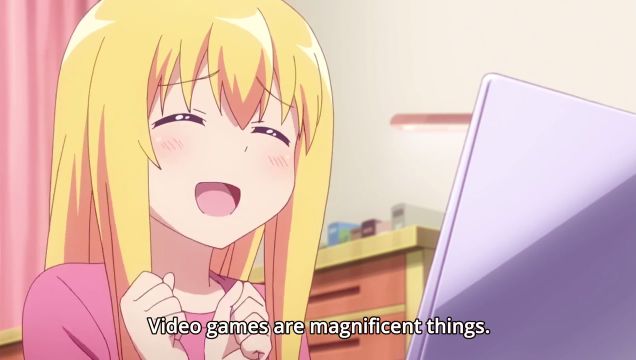 Gabriel Dropout is about Gabriel, an angel who goes to earth on an assignment, but instead chooses to slack off, play games, live the Otaku life and laze about.

She’s sick of the pretentiousness of keeping up appearances which she had to do while in heaven. And she’s not the only angel who lets loose once on earth.

This is the type of that plays on contradictions purposely (demons acting like angels, angels acting like demons), and it makes for a different style of . 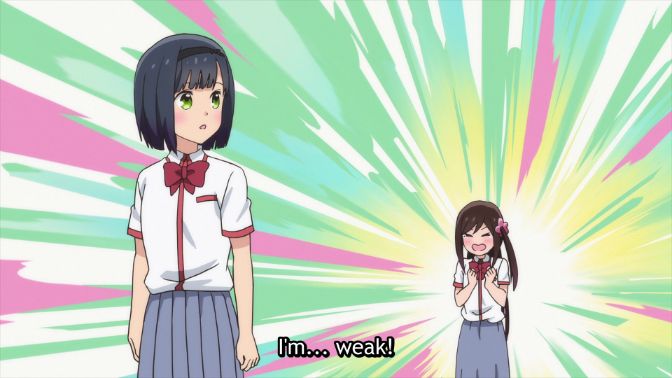 Hitoribocchi is another wholesome series with an , awkward main character. Just like The Demon Girl Next Door.

After starting in a new school with no friends this time around, Hitori’s goal is to make as many friends as possible. And she’s got it all written down in her “strategy” book.

Hitori is relatable because at her age it can be difficult to make friends when you’re so introverted and in her case, eccentric. The excels at making this a point and helping you relate.

Comedy is used to lighten the mood and make serious things less serious when it’s necessary, and overall you’re left with an full of pure diabetes.

9. Ms Vampire Who Lives In My Neighborhood 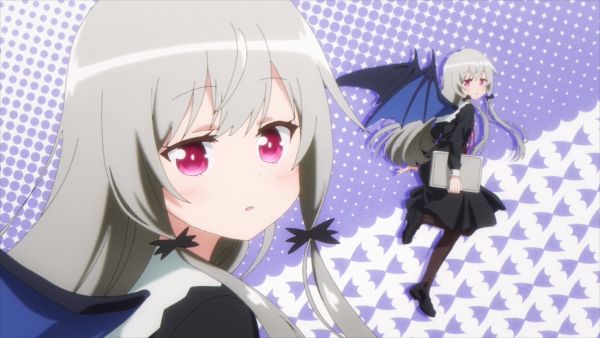 The title speaks for itself, as do many anime that are adapted from light novels. They have long titles.

Sophie Twilight is a vampire who was once human. She lives in what looks like a mansion by herself, and has done for 100’s of years since most humans she gets to know will die before long and she’ll outlive them.

A girl called Akira end sup in a forest following a rumor related to Sophie, and she happens to be there. The two meet, she takes her back home, and Akira becomes friends with her.

If slice of life is your type of thing, this is one of the best and most chilled there is. But the blonde vampire who shows up later can be annoying as F. 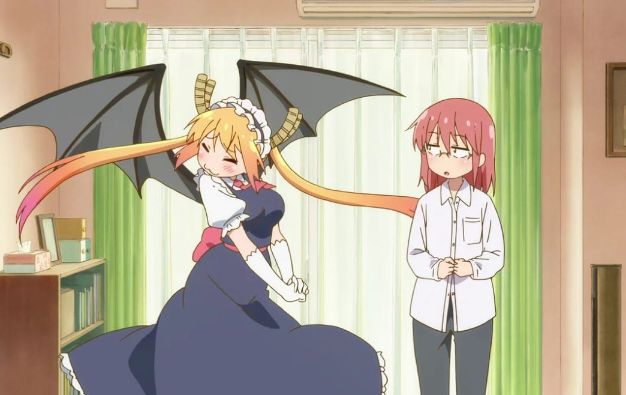 An office worker called Kobayashi meets a dragon at night, they both drink, and the dragon called Tohru ends up at Kobayashi’s place. She then becomes Kobayashi’s maid out of gratitude (she was wounded at the time).

Tohru’s other dragon friends get to know Kobayashi, Kobayashi’s life starts to become more full now she has friends and a family of sorts, and things start to develop.

There are fights in this and even though it’s not the main focus, it looks better than the majority of Shonen can even claim.