is an industry full of ideas, topics and themes. If you can think of an idea (to a degree) its probably been done.

That’s the reason anime is so entertaining, and why there’s an show for everyone’s tastes and interests.

But not all ideas have been explored yet. The abuse of clichés is slowing that potential down.

Here’s some themes the industry should consider. 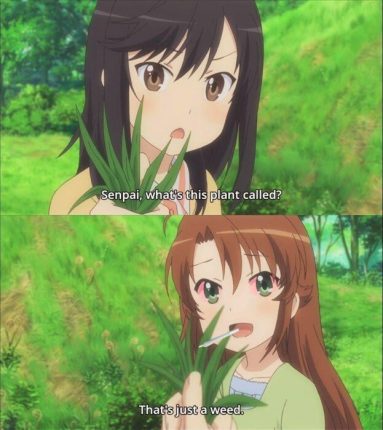 There are shows about drugs, or at least relating to drugs in one way or another. But how many about selling weed?

I’ve watched 100’s of , and know of many more that I haven’t watched. Weed is a theme I’ve never heard of.

It could be a universe built loosely around the topic, or it could be a “Spice And Wolf” version of it. From a business or underworld perspective. 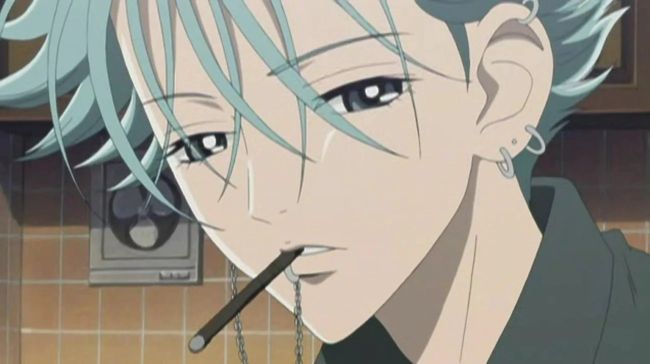 about drug addicts might sound extreme but it’s supposed to be.

The theme is simple: the lives (or life) of a drug addict who’s trying to recover and overcome his addiction.

Maybe he (or she) even overcomes their addiction in the end, and it could serve as a LESSON to educate the audience. Similar to A Silent Voice.

This is an idea I’d love to bring to fruition.

Related: 26 Of The Most Dark Anime Series That Will Shock You

3. about the lives of inmates

Prison is a place many don’t even think about, or have to think about. And yet it’s such a common thing.

Prison life isn’t always fair. Many go to jail for crimes they themselves never committed (wrongly convicted). There’s a lot of nuance to it.

An about inmates, their mindset, what they’re going through, or some other angle would work flawlessly.

It could be the “inmates” version of Black Lagoon or the equivalent.

4. about building an online business 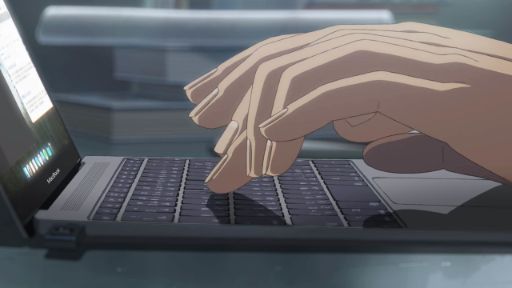 Online business is considered “cool” now, especially after the coronavirus pandemic hit. Beforehand it wasn’t that fawned over.

That aside, an about the digital world we live in, and some young protagonists with goals to build a type of online business. And the journey of that (in a slice of life format, maybe).

I can see an like this having some appeal, and it would relate to a lot of fans. Though I can’t say how many.

Relevant: Why I Decided To Get Into The Anime Industry

I know I’m getting deep but that’s just who I am. I can’t help it. has so much potential and I’d love to see it explored.

Human trafficking is a thing most don’t even think about day to day, either because they don’t want to or they have the privilege of ignoring it.

along the lines of this topic could work. It doesn’t even have to be literal, it could be a part of some bigger story

Either way, it would work pretty well.

6. about life after prison 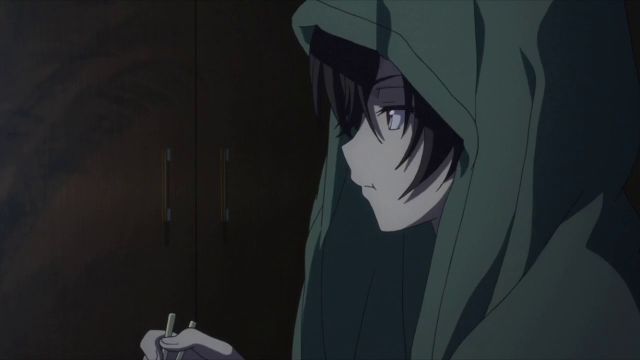 about life after prison, and adapting to the real world after so many years would be an interesting one to see.

This type of has the potential to educate, inform, teach and even inspire many people in a similar situation.

When your out of jail, getting a job and other “normal” things become a nightmare. Society rejects you and is unwilling to give you a chance in a lot of cases.

These are some of the themes and facts that could be pushed and moulded into a realistic series.

7. from the perspective of Africans 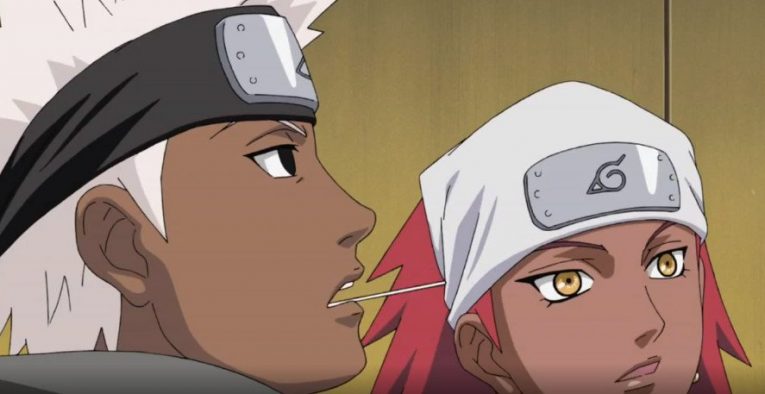 has explored a lot of different aspects, mainly from Europe, the UK, America, Japan (obviously), and a few other countries at most.

Some have done it from the perspectives of different cultures and races as well. But….

None have explored the continent of Africa, or from the perspective of Africans living there.

Africa is absolutely humongous, and there’s really no reason a few at the least could be modelled off it.

8. about Cancer or Aid patients 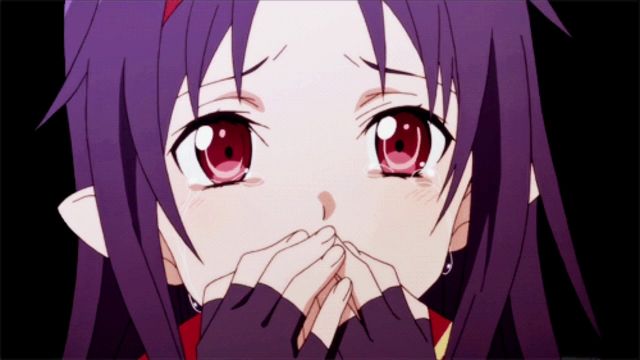 The only close to this? . Yuuki Konno in season 2 has aids, and we see how this effects her livelihood.

In the she has the power of Virtual Reality to give “meaning” to her hospital bed-ridden existence.

No has been done relating to Cancer patients, or the gravity of what they have to go through (regardless of survival).

It doesn’t have to be an literally about this, but it could be part of the picture. And there’s room for relatability and inspiration here.

Relevant: 5 Positive Life Lessons From Yuuki Konno To Be Inspired By

9. from the perspectives of grandparents

If you’re like 13, this will sound boring as f*ck and I get it. But there’s a bigger picture to all of this.

Alice To Zouroku is an with a 60+ something year old man and a little girl. An from the perspective of grandparents could have this pair up.

It’ll definitely be a Seinen style of show, and depending on who writes the script and what not, this could be an insightful series.

10. about traveling around planet Earth 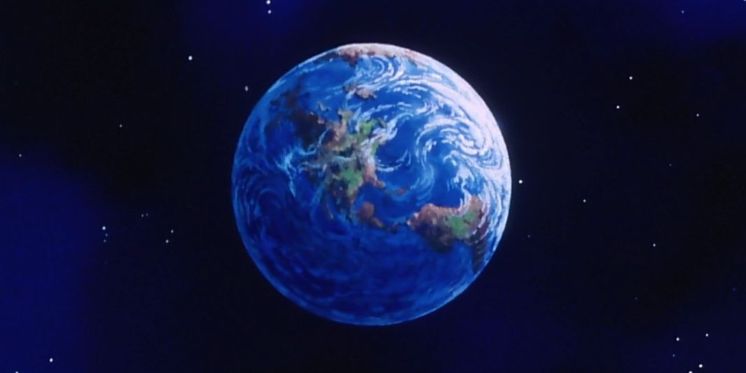 And I don’t mean in the way Kino’s Travels or similar did. After all – those have no concept of “Earth”.

Wit over 190+ countries, an where the characters are traveling to a quarter of these countries (for whatever reason) could be interesting.

Depending on how they spin it, write it, and connect the dots, it could make for an interesting adventure series. 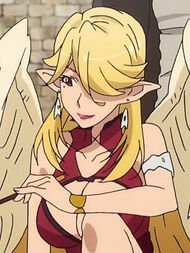 There’s a lot of angles for this one. Prostitution is a real thing and it affects real people everyday.

How it feels to live this way, and the reasons for living this way, on top of other elements gives this theme a lot of depth.

If it was done in a slice of life format, that would give the most insight and the most value as far as I see it.

12. about celebrities who “lose it all”

An series about celebrities who lose it all, go bankrupt, and either recover that (to a degree) or never recover…. That would make for a good topic.

This theme is basically the opposite of Shonen (which is about succeeding from nothing). But if done right, it could still be made into something positive.

It has the potential for anime life lessons, inspiration, perspective, and food for thought.

It all comes down to how they spin it.