Motherly anime characters (girls) can be found in dozens and dozens of anime series.

Some of them you wouldn’t even expect, and some you’ve overlooked because “mother” wasn’t part of their role.

A lot of them are in:

And non-mainstream anime shows of all genres, styles and stories. 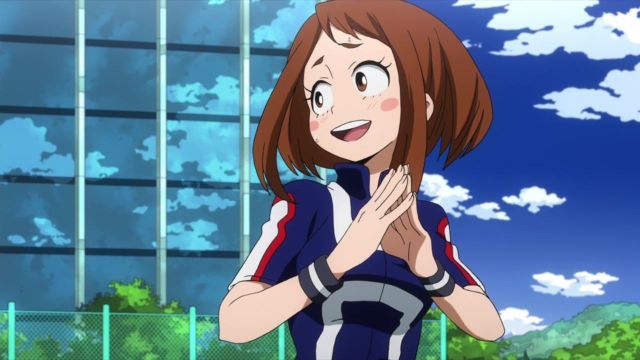 Ochako Uraraka is a responsible character in the universe. She’s not the reckless type by any stretch of your imagination.

She thinks about her actions, has a caring attitude towards people in general, and is empathetic. Maybe even the most empathetic out of the heroes in MHA.

She’d make a great mother because of these traits. And especially because she’s got her head screwed on right.

Her goal is to make  and she states this from the beginning. It’s so she can take care of her family, not just herself.

That alone speaks louder than it needs to. 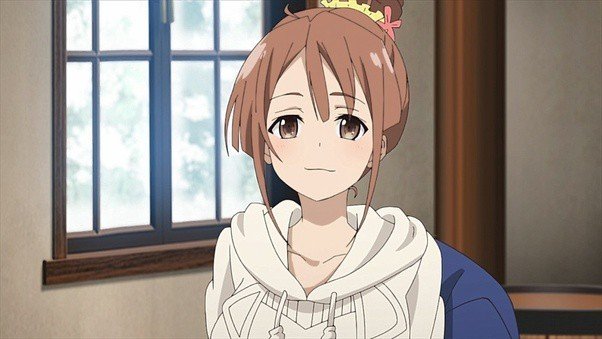 Shiori Shinomiya is probably the most “motherly” anime character in Sakura Quest. A series.

She puts others first (without compromising her character) and isn’t the type to get aggressive over small stuff.

Empathy is again the strong trait that Shiori shares with Ochako, though Shiori is a gentle character.

The fact that she’s a responsible person really says it all, and she has the right attitude to go with it. 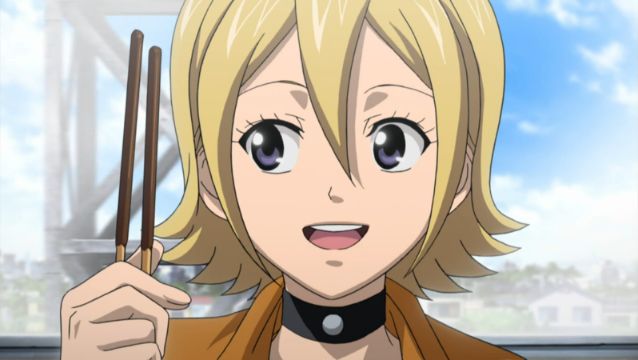 Hime Onizuka has had her fair share of experiences growing up. Especially in school (which is where the anime focuses).

She’s a disciplined woman and doesn’t take any BS from anyone. Meaning she has a lot of self respect.

Hime’s a responsible person, independent and clearly capable of handling herself. She doesn’t have a shred of “damsel” in her personality.

She’s also strong, and she’d make a perfect mother (and ) based on her personality traits and how thoughtful she is of others. 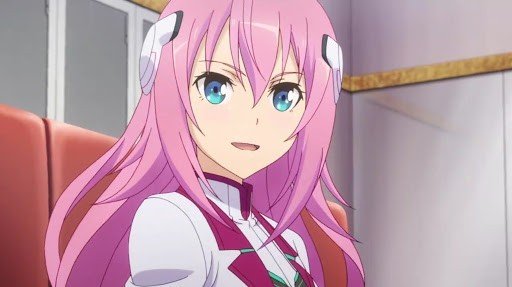 She’s not the typical type of “princess” even by anime standards.

Her #1 priority is helping those in need. Or in the story: helping orphans. The only reason she’s fighting in the Festa tournament is to win the prize and give it to those who need it.

These traits speak loud when it comes to being a parent. And Julis makes for a great mother without a doubt. 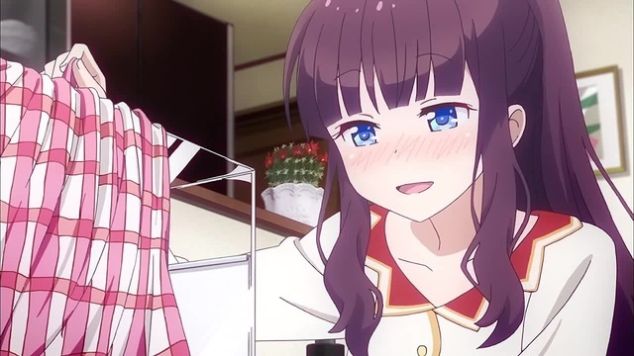 Hifumi Takimoto is an introvert and there’s no arguments about it. She’s a shy person as well and isn’t the easiest to become friends with.

But she’s the type of person who once you become friends with you can trust her with your life.

She’s a private person and very thoughtful of others. And more hard working than most would realize.

She’d be the type of mother you can fully trust, and that matters as a parent in general.

Relevant: 16 Anime Characters Who Are So Gentle It’s Soothing 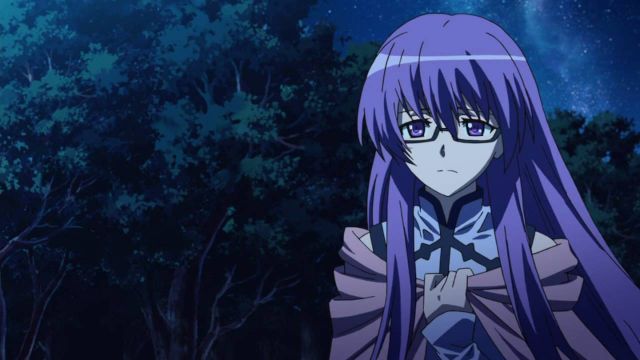 Sheele is the kindest character out of the night-raid group of assassins in .

It seems strange that kindness and “being an assassin” go hand in hand, but she’s human too. No different to anyone else.

Her main purpose is to create a revolution to destroy the corrupt empire and government, which is the only reason she’s an assassin.

Outside of this we can see in the anime how genuine and surprisingly pure Sheele is.

She’s the only one who gives Tatsumi time to “cry” away his pain behind closed doors after losing his friends.

Sheele’s compassion is a great trait and makes for a great parent. 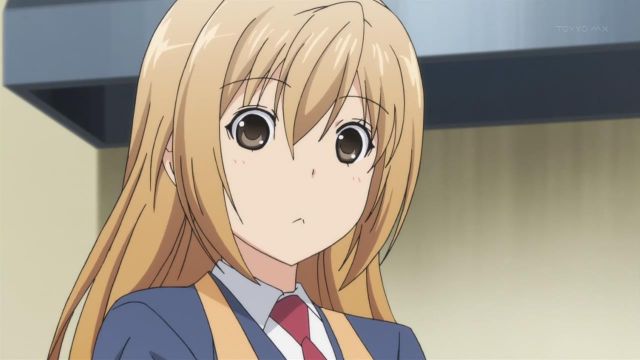 Haruka Minami is the oldest sister in the MInami household of MInami-Ke. A /comedy.

She’s the one taking care of everybody in the anime (her little sisters) and does everything for them.

Because of this there’s a clear amount of respect and even admiration from her younger sisters. They look up to her a lot.

Haruka knows how to set boundaries that shouldn’t be crossed, and has a level of respect for others and herself that she won’t allow to be violated.

Plus she’s a responsible person so there’s that.

8. Shirase Kobuchizawa (A Place Further Than The Universe) 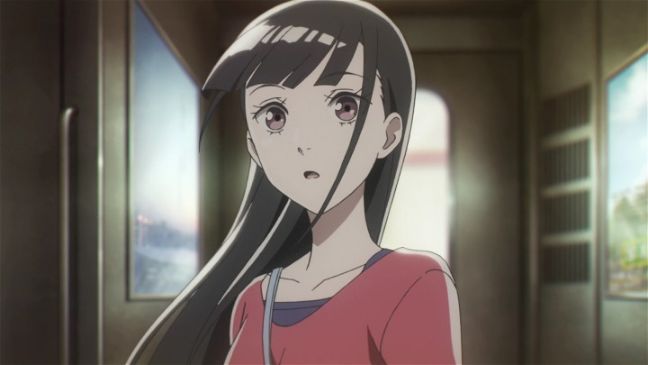 Shirase Kobuchizawa is an aggressive person when it comes to her pursuit of success. She won’t let anyone stop her, and she won’t take no for an answer.

This is a stubborn trait with its positives.

Shirase is a motivational character for these reasons and one of the most respected in the anime.

As a mother she’d pass those traits on and give the child positive encouragement to their own success and achievements. 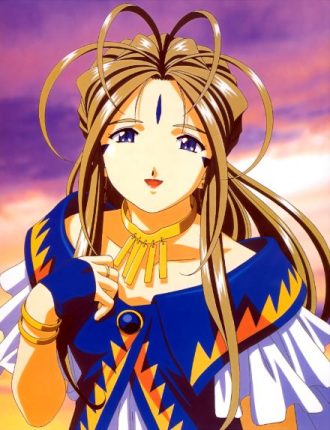 Belldandy is the sweetest anime girl on this list. And one of the oldest by definition (she’s an goddess).

She’s the type of person who once you get in a relationship with them, you’re set for life. And you won’t have to worry about any bullsh*t along the way.

She’s not superficial, and is more empathetic and caring than most characters I can think of.

It’s almost strange that she’s not an official mother because her personality screams “mother” so loud it’s unreal.

Relevant: 15 Sensitive Anime Characters Who Will Blow You Away With Their Kindness 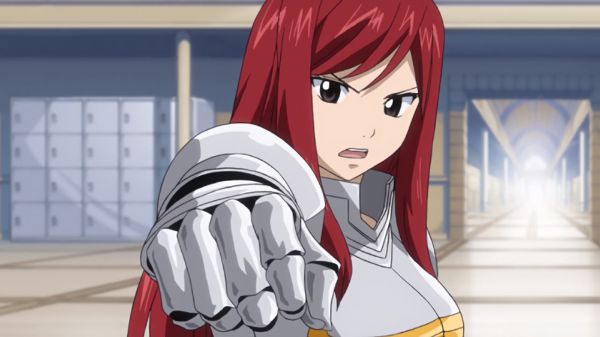 Erza is a strong woman who’s been through some sh*t. And she’s managed to overcome those struggles without being pulled in the dark side of life.

She’s a leading example of how the right choices can shape your future in a way that’s ideal, even if the journey was unfair from the start.

Principles, morals, standards, Erza has it all. And she won’t compromise on her self respect or the standards she sets for herself.

Erza as a mother would be one of the most well-rounded mothers a kid could have.

She’s legit in all the right ways. 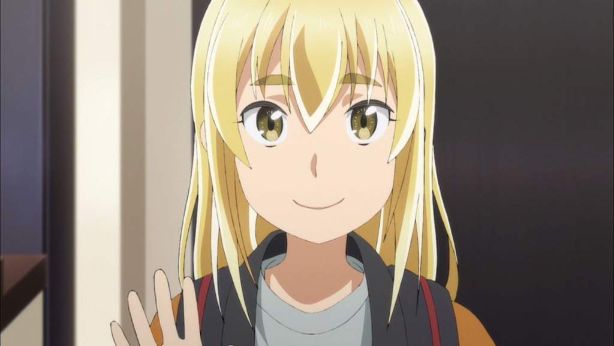 Anzu is the type of character who’s used as an example of progress and the journey that comes before it.

In Hinamatsuri – Anzu ends up homeless. That’s followed by stealing food and whatever she can do to survive.

This is human instincts.

Later after she gets the opportunity to escape homelessness and live in a household with “good” people, she becomes a new person.

She’s now more kind and appreciative, and knows the value of .

Plus the value of having a roof over your head and having things a lot of people don’t have. And what others take for granted.

It’s because of these experiences that if Anzu became a mother she’d be well rounded because of her unique perspective.

Struggle made Anzu a better, more productive and happier person. And she’d share a lot of those “blessings” with her own kids. 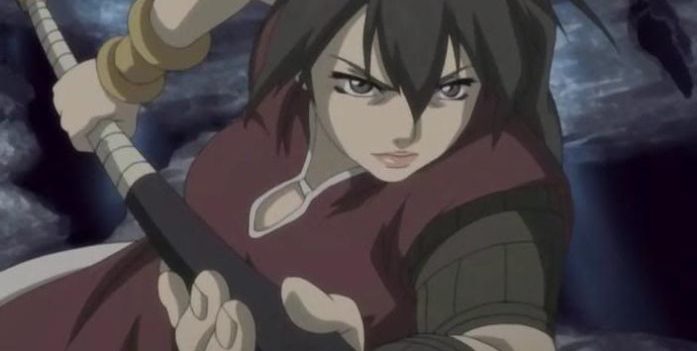 Balsa Yonsa is the last person I’ll mention. She’s from an adventure series set in a historical-looking setting.

She’s a bodyguard and knows how to fight with a spear, her preferred choice of a weapon. Balsa’s survived all by herself for years because of her past, and so she knows how to be independent.

These experiences (growing up) shape her and make her a strong woman. And her “motherly” side shows in the anime as she’s committed herself to protecting a prince on the run.

Not only would she make a great parent, but she has the chops and the skills to protect them literally.

Balsa is an underrated character.

11+ Pandemic Anime You Need To Watch!