Mieruko-chan is the latest to be airing this October 2021, and will be a highlight of this fall 2021 season.

It’s about Miko Yotsuya, a girl who’s able to see ghosts. Similar to how Allen Walker from D. Gray Man can see spirits.

Miko is irritated and terrified of them. But she’s able to act as if she can’t see them, which makes them leave her alone.

Written in a comedic style despite the horror elements, this brings something new to the genre. And adds a bit of a twist to the ordinary school life vibes.

Let’s talk about which are similar to Mieruko-chan’s themes and plot. 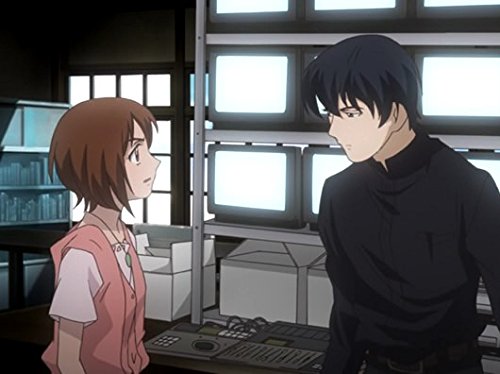 Ghost Hunt is an series about Mai Taniyama, a school girl who ends up working for NARU. He’s the owner of a company that investigates paranormal activity.

As they both end up working together, with Mai being his assistant, they investigate ghost activity in people’s houses, with the first event starting next to Mai’s school.

The gets creepier the further you get into it, with the JUMP factor getting more intense (scenes that can make you jump out your skin).

Mai’s experiences in this way are just like Miko’s. The setting is just different.

There aren’t many Ghost to begin with, but Ghost Hunt is a solid series and the deserves more credit. 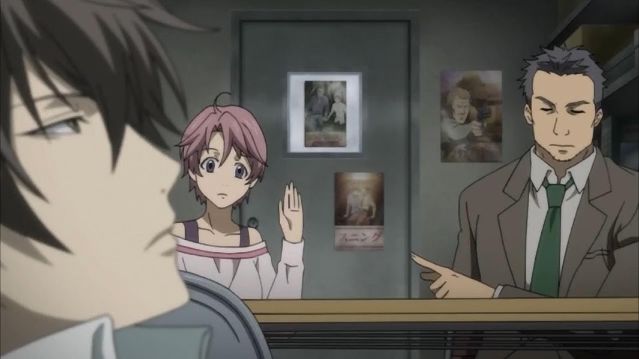 Psychic Detective Yakumo is probably another anime you haven’t heard of. Good ratings, but it flies under the radar a bit.

It’s about Yakumo, a guy who similar to Naru from Ghost Hunt, is a good detective. And he works in this field, basically.

Haruka, the other MC, works with Yakumo, making them dual protagonists. Where one goes, the other’s bound to be with them.

This isn’t violent, at least not compared to the typical series you can compare this to. It’s more on the lighter side, though what happens in between can be savage.

It’s worth watching for fans into these obscure genres of . 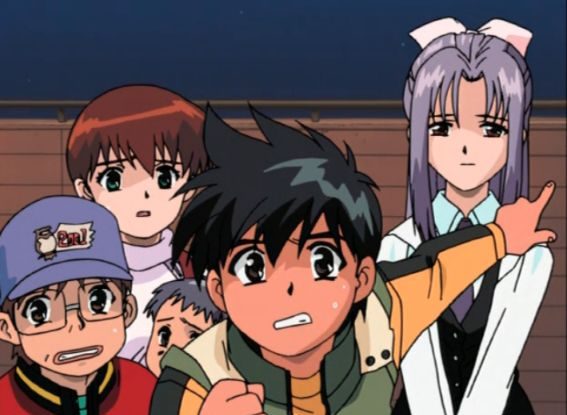 Ghost Stories is a comedy ghost series, just like Mieruko-Chan. The first released in Japan, no surprise. Except it failed miserably.

As a result, they gave it to the US and voice actors in America basically did whatever they wanted with the dialogue.

This is why the dubbed version is so much more famous. It’s controversial, politically incorrect, and WILL offend people.

Either way, this is in the same realm as Mieruko-Chan as far as comedy being a relevant part besides ghosts and supernatural. 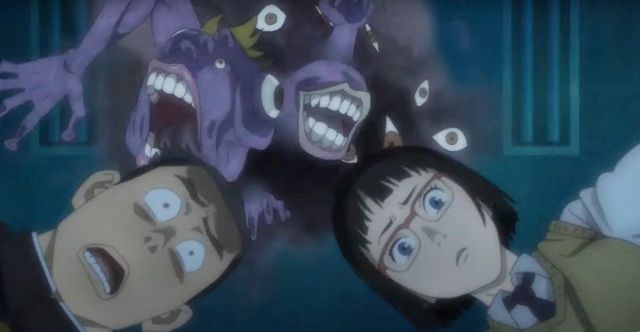 Jujutsu Kaisen is a Shounen series, with action and supernatural elements. It might seem like a completely different to Mieruko-Chan, but it’s similar in ways.

Yuji Itadori is able to do things most others aren’t. He’s a little special. And similar to Miko, he can see “things” he’s not supposed to see.

In the first episode Yuji and his friends mess around with a cursed object, which almost ends up killing them.

This is the start to the ‘s concept of curses, demons, and things that are unseen to the average human being.

Jujutsu Kaisen is of course more bloody, vile, and horrific but it’s a good to transition into if you want something more serious. 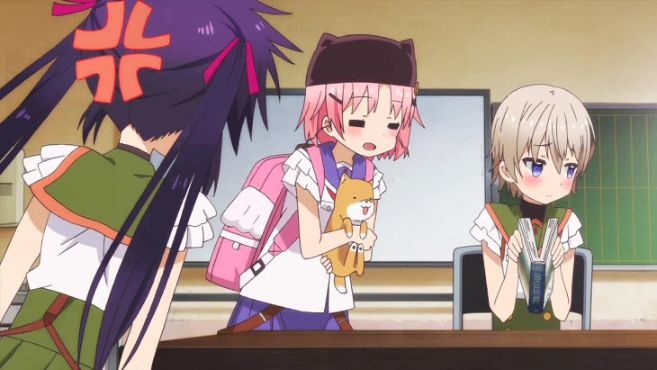 Gakkou Gurashi, also known as “School Live” is an about 4 girls who are a little older than they look.

The world outside is filled with zombies, and no one knows why. All they know is the world is in a pandemic.

The school they’re in conveniently has rations and supplies built for this type of problem, so all 4 main characters live inside it, hoping someone will eventually come and save them.

It goes a lot deeper than this though. Some characters also deal with mental illness, hallucinations, and other problems that come later.

It’s a psychological in nature, with light comedy where it counts, slice of life, and many horror aspects. 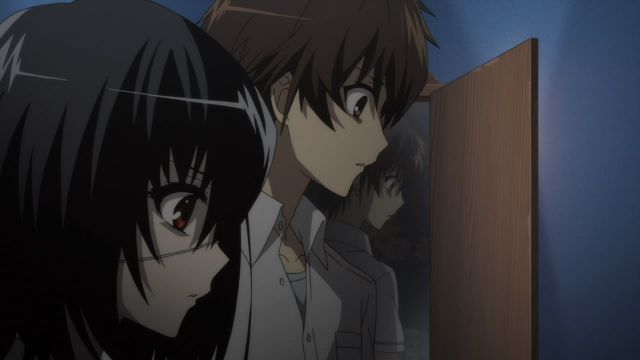 Another is an series that focuses on mystery and horror, in a school setting.

Students are suddenly going crazy at random times. Many ending up in tragic situations that leads to their own deaths.

Sometimes it’s by suicide, other times it’s by having the worst luck, seemingly. But it’s always bloody, tragic, and cruel in the way it takes place.

Mei Misaki, an introverted girl with an eye patch, witnesses all of it and somehow is unscathed. She’s joined by Sakakibara, who’s interested in Misaki.

It’s not the highest rated horror series, but it’s one of the most popular and is respected in general. 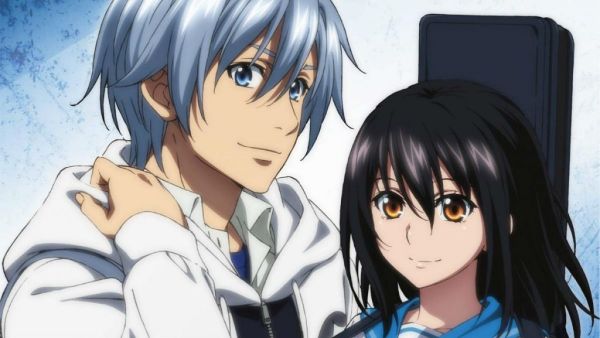 Strike The Blood is an action, school with supernatural elements. Not to mention demons being a strong theme here.

There’s also the ECCHI part of it that brings fan service to the table.

And basically anything that’s a tease thrown into the plot. Though in Mieruko-Chan’s case, it’s not extreme or excessive because it’s not Ecchi.

Both main characters can do and see things most people can’t, and have more similarities than it would seem on the surface.

Dusk Maiden Of Amnesia… This series mixes romance with school, mystery and ghosts. It’s a buffet of all of those things and everything related.

The main character discovers a girl who’s a ghost, called Yuuko. Being able to see ghosts himself (obviously) he starts to develop a relationship with Yuuko.

The ghosts in general of this school (and ) aren’t as ugly looking, or horrific compared to this series. So the reactions between the characters will differ here.

It’s an series that’s close enough and will offer enough for Mieruko-Chan fans to try out.

Other worth trying out: