Like many fans, when scrolling on Netflix and seeing Beastars listed in the category, you might think that it was something that was for furries.

Who would have thought that an in a world of humanoid animals would be so breathtaking.

For those that did not read the , Beastars will take you by surprise with how unique and creative it is.

It’s not one of those Disney type shows where the people are animals and behave as if they were humans like Goofy or Donald Duck.

This show has so much psychology and behavioral philosophy that it’s hard not to watch. From the very first episode when Legosi leaps in the dark at Haru, we see characters constantly fighting against their nature. 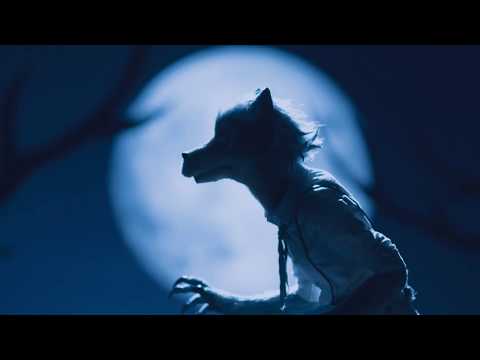 always has something to teach you and Beastars is one of those . So deep and yet it seems so simple because the story takes place in a high school setting.

A world of Carnivores and Herbivores. Already, just that idea alone is related to many things that are happening in the real world with vegans and meat eaters.

So here they are: 5 lessons learned from Beastars .

1. There is nothing you can do about the way people judge you 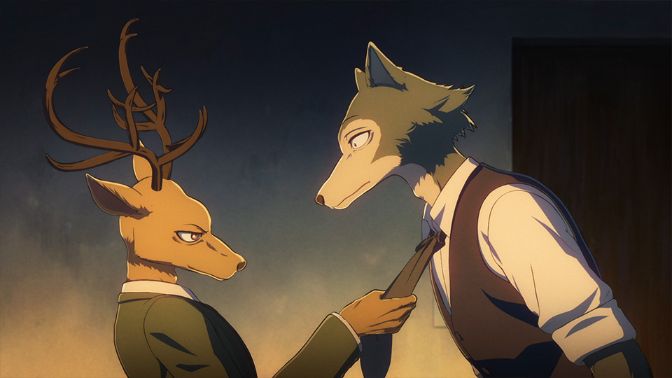 Whether you are a teenager or an , there is always that part of you that cares about what people think.

Sometimes we try to change our own image or change our personality so that we can fit into with a certain group of people.

We want to be liked, we want to feel part of a group. Some people change themselves to fit in and there are always consequences.

Haru was cast aside once her friends found out she was sleeping around with many boys.

It wasn’t until the last few episodes of Beastars that we found out why she slept with many guys. Haru does not see what she does as a bad thing but the people around her do.

Haru was looked at as a small fragile dwarf rabbit that could be devoured anytime by a carnivore and she knew that.

People pitied her and always tried to help her even when she didn’t need it. 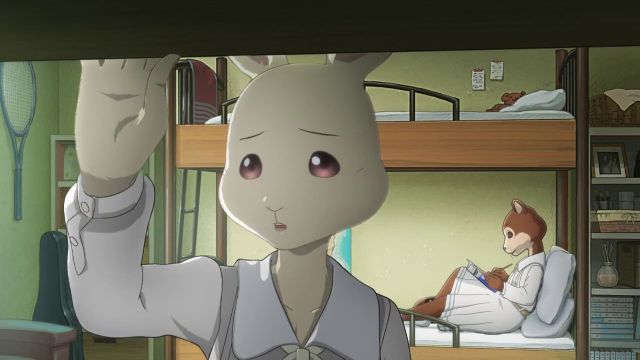 People saw her as a meek rabbit. She hated that and then used her sexuality to feel strong and independent.

You have no control over how people see or judge you. You’ll always be judged. Even when you change yourself to please others, there is no guarantee their behavior will change.

In Beastars, the herbivores blamed the carnivores when Tem was devoured. Does not seem fair to immediately blame a group of people.

People will always judge you based on your looks and ethnicity. Carnivores were put in their place many times when a herbivore was the victim.

2. You Are Responsible For Your Own Nature

In Beastars, every animal is aware of their nature. Their strengths and weaknesses.

Legosi was a wolf, constantly fighting against his instinct and nature to prey upon smaller animals.

When he’s around Haru his instincts kicked in. He knew he could devour Haru at any time but he didn’t. 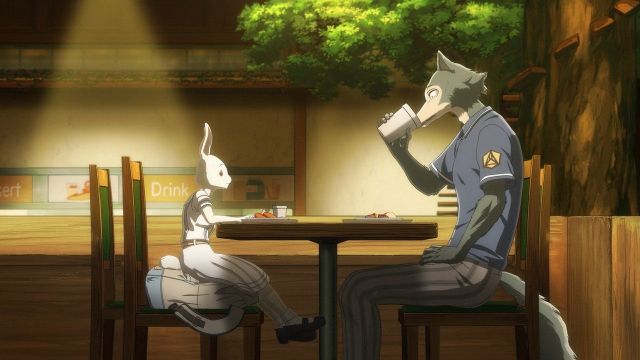 Knowing that you can hurt other people doesn’t mean you should. That’s what bullies do in school.

They prey on who they see as weak, which is usually someone that doesn’t know how to fight back.

For example: Would you go to the gym for months so that you can build muscle and then use that strength against people who are weaker than you? That’s abusive.

In Beastars we see carnivores being the abusive ones especially when the Lion gang kidnapped Haru.

Your powers or nature should be used responsibly, like when Legosi used his Wolf strength to save Haru.

3. People have needs and they’ll do what it takes to meet those needs

At some Beastars the carnivores go to the  black market, which is where meat is sold away from the sight of herbivores.

It is a carnivore’s nature to eat meat and so they meet their needs in this market for their kind.

Up front everyone pretends like they don’t want to eat each other. Carnivores put up a nice smile when around herbivores. Herbivores pretend to like carnivores.

It goes both ways. We see this in Legosi when he’s lusting for Haru’s blood. 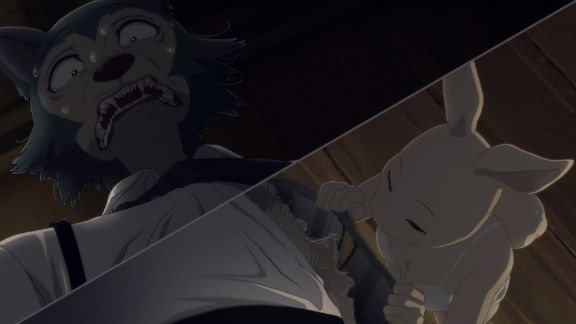 People will try fulfil any physical need, especially emotional and sexual needs. We must forgive them for it because it’s human nature.

Rather than curse people for having certain needs, it’s important to figure out how they go about meeting those needs.

In the black market of Beastars for example: there were people selling their body parts to carnivores. No one was being forced against their will.

Understand that some needs are dark and you have them as well.

Related: A Collection Of The Darkest Anime Quotes From Perfect Blue

4. Relationships require work, it’s not all fun and

Haru and Legosi have one of the most complex relationships we have seen in . Mainly because they’re animals of different species.

They’re aware of their weaknesses and respect each other.

In the beginning when Haru was not sure what Legosi intentions were she still wanted to spend time with him and get to know him.

It took a long time for them to actually accept each other despite what people might say. 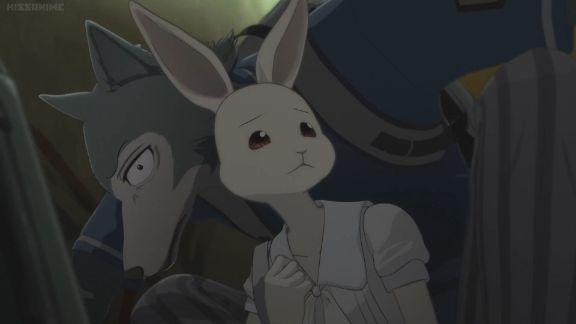 They argued, they avoided each other. Haru was even in denial of how she felt about him.

At the very end of season one, Legosi ran after Haru despite the fact that Juno wanted him. He was committed to Haru and no matter how much she denied it, Haru wanted Legosi as well.

The emotional connection between them was deep because they had gone through so much together.

They knew it was difficult but they were not going to leave each other behind.

Relationships take work. It’s not all fun and . it’s not all about pleasure and sex.

If you want a serious relationship you have to talk things out.

You have to keep the other person in mind.

Things will get difficult and you can’t just walk out on each other during such times.

Relevant: 15 Main Anime Characters Who Refuse To Give Up When Life Gets Tough

5. You’re not tied to the expectations of society 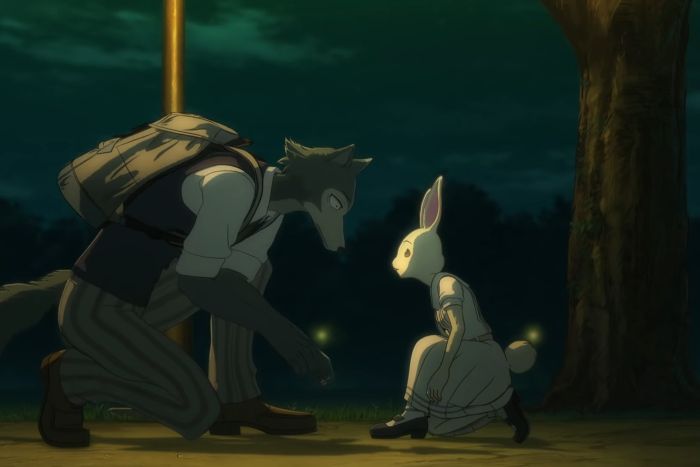 Haru and Legosi are polar opposites but they love each other. Haru is a rabbit and Legosi is a grey wolf.

Commonly in Beastars, herbivores don’t date carnivores however, there was a deep attraction between these two and they wanted to be together.

Relating this to the real world, society is going to have many expectations on you and some people are going to try to stop you.

They will say “you can’t be with this person because of ,” whatever reason. People will tell you what they think you should be doing rather than what you want to do.

At the end of the day, no matter what people say, you have to go after the things you want to do.

Sure there are rules you have to follow but by listening to what society says and not taking any risk you will never learn anything. Playing it safe won’t get you anywhere most of the time.

Legosi could have settled for Juno and they could have been a grey wolf couple (with nothing in common). Being with someone because your friends and family think you should.

Legosi and Haru’s relationship will grow and that is because Legosi decided to pursue her despite what anyone said.

Live to your expectations. Only you know what makes you happy.