The Father of Shonen . Which is it and why? This is an argument I’ve seen a lot.

One thing I’ve never understood is why it’s even a debate in the first place, and why the answer hurts so many feelings.

It’s not like the answer changes the quality of older Shonen, or Shonen that came after the fact either.

It just means ONE Shonen in particular was responsible for what we see today. 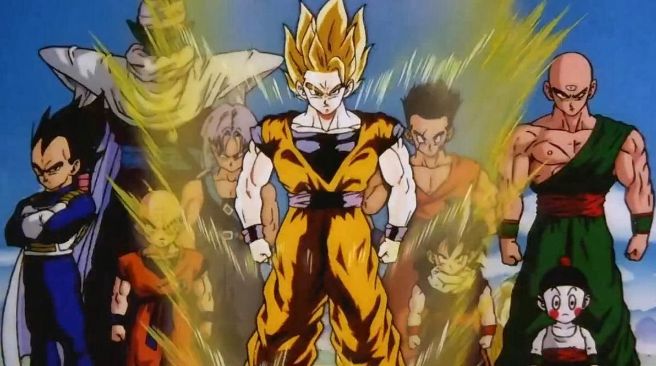 When I say Dragon Ball Z, I mean as a franchise. Not necessarily just the season itself.

Akira Toriyama took inspiration from Journey To The West, a Chinese novel from the 16th century.

It wasn’t until Dragon Ball continued with in 1989 that the father of Shonen came to be.

took the series, the franchise, the industry, AND Shonen to levels it would never have reached without it.

That is a FACT. Even to this day Shonen borrows ideas, unknowingly or not, from Dragon Ball’s world and mechanics.

Powering up, getting angry and blowing up the surrounding area, energy blasts, etc. And of course Shonen cliches like the main character having an impossible appetite.

The grandfather of Shonen would be Astro Boy 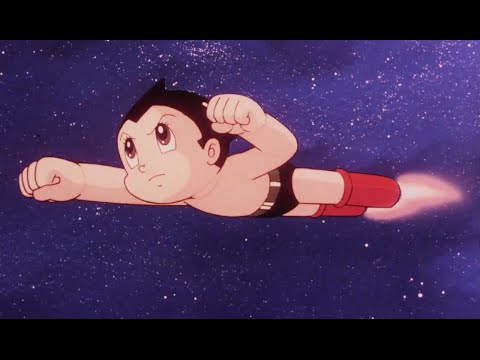 Astro Boy is about as old school as it gets. Even more so than You’re Under Arrest, Bubblegum Crisis, and other series in general.

This series, created by Osamu Tezuka, was released in 1963-1966. Very few fans (if any) were around during this time.

Because of the time period it was in, and the fact that it’s Shonen, it’s considered and should be classed as the grandfather of Shonen .

It might not have been the biggest, best selling, or anything grand like that, but it’s responsible for what comes years later to an extent.

Why Is the TRUE Father Of Shonen :

1. It’s the main inspiration behind the biggest and classic 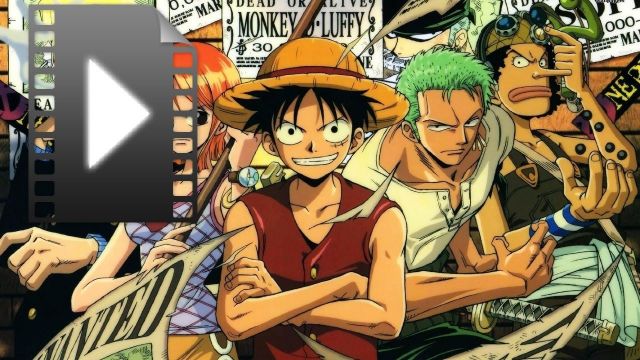 You’re obviously aware of , and the great (and ) it’s become. Well, the author was inspired by .

Eichiro Oda has  come out and admitted it publicly, and has said he drew many influences from the Dragon Ball franchise.

This is true mainly for the beginning of , its characters, and the early beginnings.

There’s nothing wrong with this which is why it’s weird how fans take it personal.

The same is true for , an insanely successful Shonen series.

Just look at ’s outfit and the fact that it’s orange. And the rival dynamic with Sasuke (similar to Goku and Vegeta).

The author himself admitted to being inspired by in a Shonen Jump interview….

“Kishimoto cites Akira Toriyama’s Dragon Ball series as one of his influences, noting that Goku, the protagonist, was a key factor when creating Uzumaki due to his energetic and mischievous personality.”

He also went on to say this about how he started:

“I got into Akira Toriyama Sensei’s Dr. Slump and Dragon Ball . I loved his characters. I was especially attached to Dr. Slump’s Arale and Dragon Ball’s Goku. Also, his art really appealed to me. There was something about his cartoony drawing style that felt right, more so than realistic drawings. I thought to myself, I want to become like Toriyama Sensei.”

There’s more similarities between and as well. Like Orochimaru taking over Sasuke’s body with the CURSE seal.

This is ironically similar to Babidi doing the same thing to Vegeta with the MAJIN mark. And Goku having to fight him (like ). 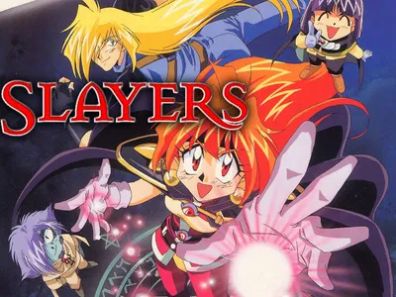 It was fairly big, and Spain was one of the countries where this was true.

I call it the female version of .

You have a sorcerer called Lina Inverse, a female protagonist. And right from the beginning she can easily destroy an entire town with one simple energy blast.

As the series and the adventure progress, she becomes more , and stronger opponents and villains are introduced.

Not to mention techniques that can destroy the universe at large.

There’s no direct quotes from the author of this series in regards to , but it’s clear as day. 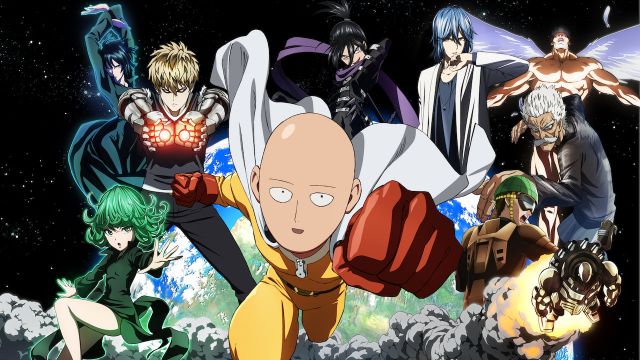 And we have One Punch Man. Yes in this case it’s a parody series which takes the piss out of Shonen tropes and cliches.

That doesn’t change the facts though. Even the author has admitted the series takes influence from Dragon Ball.

One Punch Man likely wouldn’t exist if not for ’s influence for that reason.

That fact has also lead to fandoms being toxic because everyone fights over who’s stronger between Saitama and Goku.

It’s not hard to see the similarities on the surface, even though there are unique differences below it.

There’s also modern and other old school inspired like:

And so many more I missed.

Many of these series have become influential, classics, best sellers, or have built strong fanbases in general.

That’s the effect of being the father of Shonen .

Related: 25+ Of The Most Devoted Anime Fanbases The Industry Has Ever Known 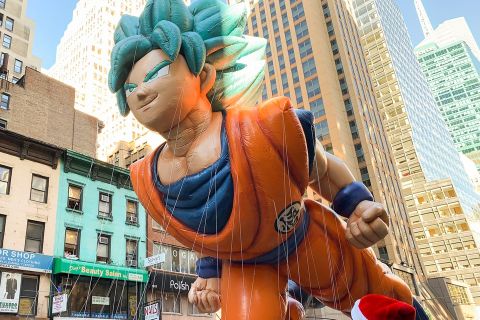 There’s a thing called Goku day for a reason. This isn’t by accident or by some stroke of luck that fell out the sky.

is REALLY that influential and it’s hardly a surprise. Just look at the effect its had on entertainment, , and people worldwide.

Not to mention Japan itself since they’re the ones who created “Goku Day”, and Goku has been chosen to represent the Olympics as well. 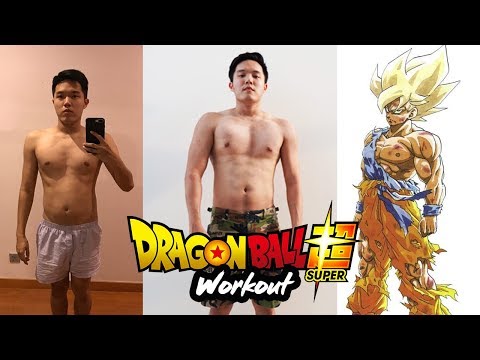 There’s also the influence its had on gym culture and fitness overall.

Many fans have gone on to create their own fitness businesses, online and offline. And have named some of their workouts based on .

They see characters like Goku, Vegeta, and so on as an inspiration to the point where they wanna keep and stay fit.

Not even an like has had that kind of impact in the way has in specific ways.

Let’s not forget how DB is still dominating decades later, and is doing a better job than ’s follow up series “Boruto”.

Back when the fight aired between Jiren and Goku, it literally broke the internet.

services couldn’t handle the demand, not even , which I thought was a bit nuts.

That alone speaks to the ’s continued influence, even after so many decades have passed since 1986.

There’s no comparison in Shonen when it comes to these accomplishments (except ) but that’s not heavily influenced. If at all.

In spite of that though, it’s just another reason why Dragon Ball as a franchise is the father of Shonen…. Based on statistics, success, sales, and observable facts.

Relevant: 13+ Shonen Female Writers Who Made Some Of The BEST Anime

What about Fist Of The North Star? 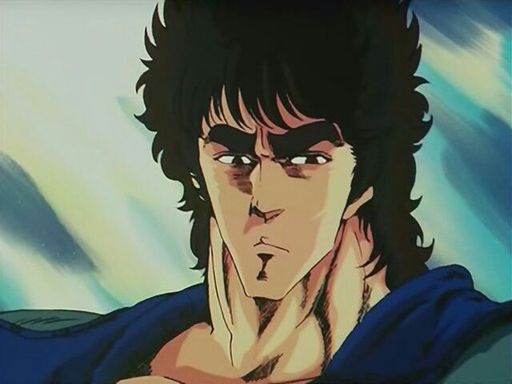 This series along with Dragon Ball aired pretty much around the same time, and are original for their influence.

The martial arts fighting style and things of that nature come back to these (and ).

I don’t think many fans, especially old school or those who are aware of these would deny it.

That said, Fist Of The North Star just didn’t cut it the way did. And that’s been proven out by time.

The difference in popularity, success, and influence is undeniable and obvious.

The Fist Of The North Star is one of few Shonen that played a role in Shonen, but that doesn’t takeaway from ’s father status.

That also doesn’t downplay Fist Of The North Star’s relevance. 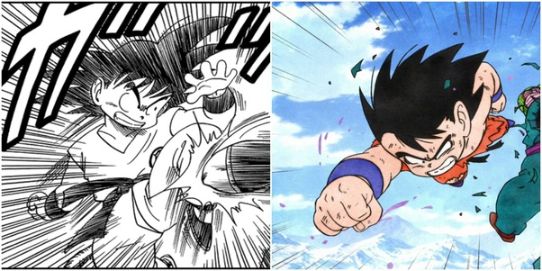 It doesn’t mean it’s the best, which is the mistake people make when they talk about this topic.

Were there “Shonen” /manga before Dragon Ball? Yep.

The fact is Shonen as we know it would NOT exist without Dragon Ball’s involvement.

I can’t understand why people get so salty about this fact as if that makes other Shonen inferior (it doesn’t).

Dragon Ball’s role in making BIG outside of Japan shouldn’t be underestimated. Or even within Japan.

If we’re talking about Shonen in particular, it paved the way for all the and you’re seeing today that are:

Because the most notable ones got some of their ideas (and inspiration) from dragon ball.

It’s just like GUNDAM is a big deal for Mecha, but isn’t necessarily the most famous one. 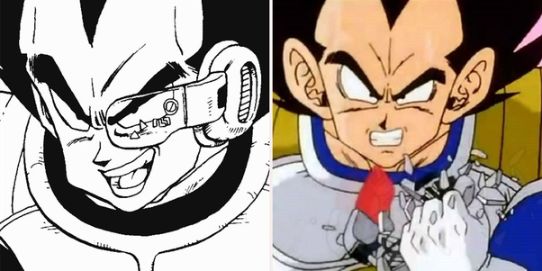 There were other and before DB even came about. manga that didn’t become famous like DB and make waves like it did.

But that’s how it always plays out.

It all works the same way.

Apple Music (iTunes) changed the music industry online more than people today are aware. They were NOT the first to do it.

Their impact is why they get so much credit.

The “lesser” known music services before iTunes are why it was possible.

as a franchise is the same.

We can still shout out the underground classics and other that made Dragon Ball possible years prior, without downplaying its impact on the Shonen genre.

How Anime Has Radically Evolved In The Past 58+ Years