In the 1960’s when began, “dere” types were never a thing. Not that I was alive then, but it’s worth pointing out.

It’s really the year 2000 and beyond that brought dere types to the forefront.

The 2000’s introduced a ton of cliches to the industry. Cliches that aren’t always bad necessarily, but cliches that make shows comical and predictable.

The kind of predictability that doesn’t ruin a show or make it boring unless it’s abused and misused.

dere types that changed the industry

With all of that said, here are some of the most famous dere types that changed the industry.

They changed it as far as: 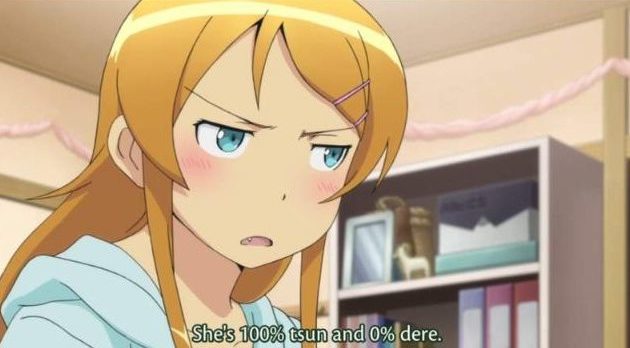 Tsundere’s mean the opposite of what they say.

Yes means no, and no means yes. They have too much pride to admit when they’re wrong, especially if that “something” is related to THEM.

This “dere” type is so common and famous in the industry there are memes based off it.

Memes are an ironic indicator of success. 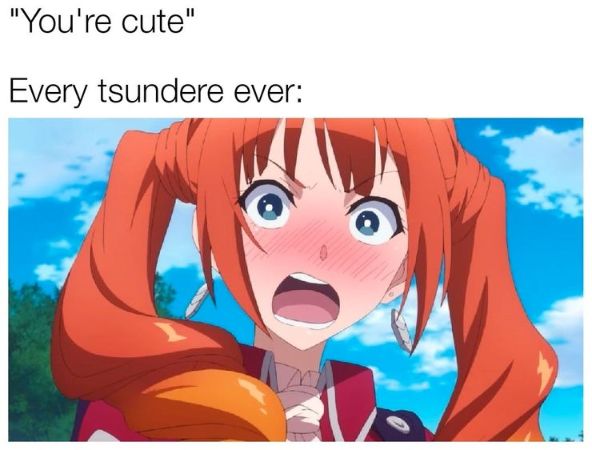 The first set of characters and shows that made Tsundere popular: 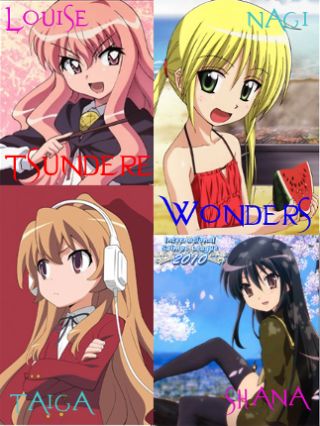 There’s even a name for these first 4 Tsundere’s called the four Tsundere wonders.

Each character is different and yet the same.

Ever since this period between mid 2000’s, Tsundere’s have popped up in all kinds of to this day.

In a way – it’s helped ‘s popularity online, and works as a gateway drug to the industry.

Tsundere’s are one of the most comical dere types, and they tend to show up on “” lists.

Relevant: The Best Anime Waifu’s You’d Get Down On One Knee For 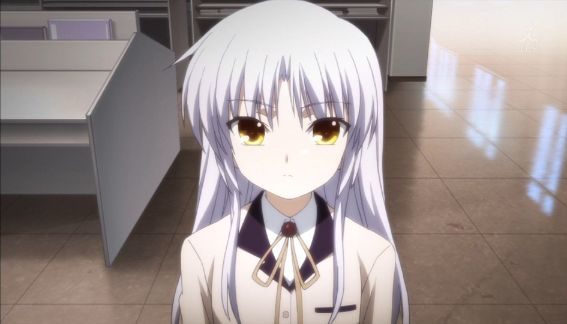 Kanade Tachibana from Angel Beats is a famous example and one of the main Kuudere’s to start the trend.

Kuudere’s are cold and distant. They’re not trusting of other people and that’s the main reason why they keep you at a distance.

Their “cold” nature isn’t malicious, it’s more about their demeanor and how they appear. 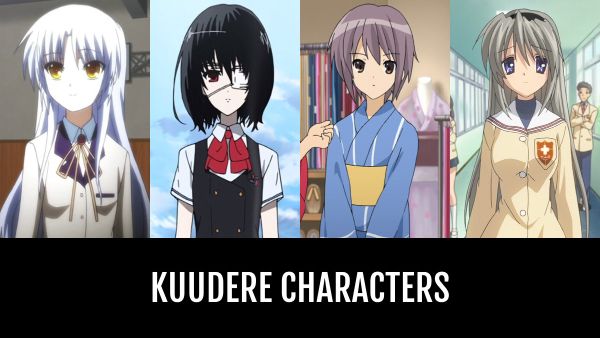 One common trait with Kuudere’s is they’re introverts.

It’s almost impossible to get an character who’s extroverted and a Kuudere at the same time.

Characters like this have influenced the industry to this day, and changed the way we look at characters. Especially when it comes to how we categorize characters.

“Dere” labels make it easier to identify a type, and what we can expect before getting invested in an or a character. 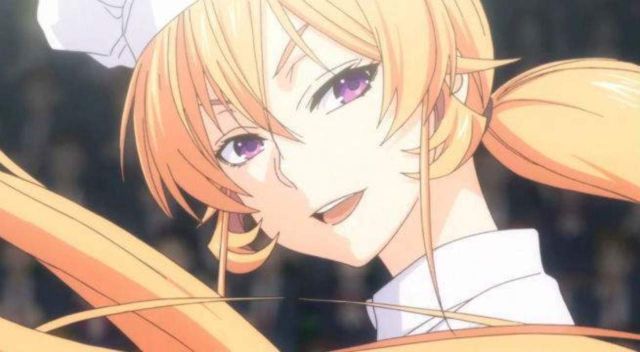 Erina Nakiri from Food Wars is a good example. And one of the most famous Himedere.

Himedere’s think they’re more special than they actually are. They have enough pride and ego to get stuck in a front door.

Even when a Himedere’s not a princess they expect to be treated as if they are a princess.

Or as if they’re royalty.

This dere type isn’t as influential as others in the industry, but it’s still relevant and known across the community.

And these types of characters are easy to notice. 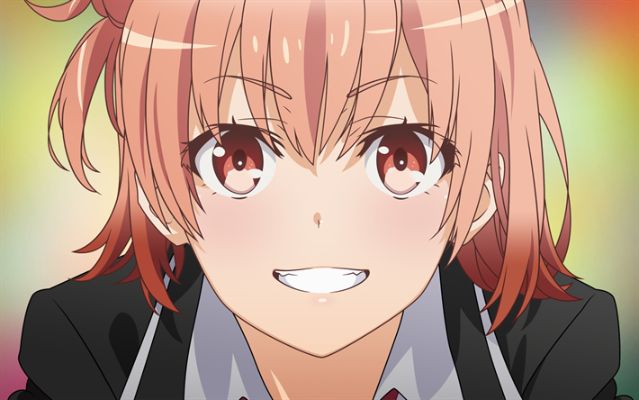 Yuigahama from Oregairu is a Deredere. That “smile” is a ridiculous giveaway.

Deredere’s are the cliche girls who are:

And caring towards the character they like. They’re always bouncing off the walls and making people sick with their positivity (not literally).

Even though they’re not as famous as a Tsundere, everyone knows a Deredere. Even if you think you don’t.

They’ve played a big role in shaping many:

And other types of series.

Nozaki Kun is another that has a Deredere as an MC (Chiyo Sakura). 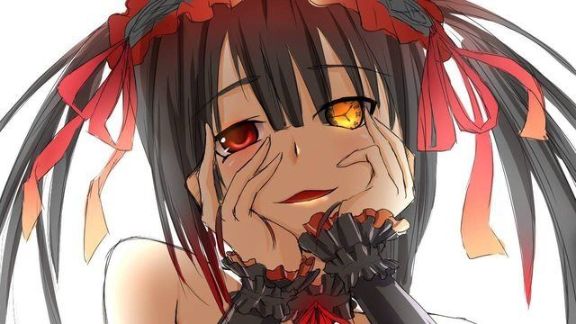 Kurumi Tokisaki from Date A Live is a popular Yandere. Even considered a “” by some fans.

Yandere’s don’t f*ck around. And aren’t the type of character you can take the piss out of.

They’re ruthless when it comes to setting boundaries and letting you know what line you’re NOT allowed to cross.

They’ll do anything for the person they love, even if it means murder.

But the main highlight of a Yandere is how their psychotic devotion to a character makes them unstable. 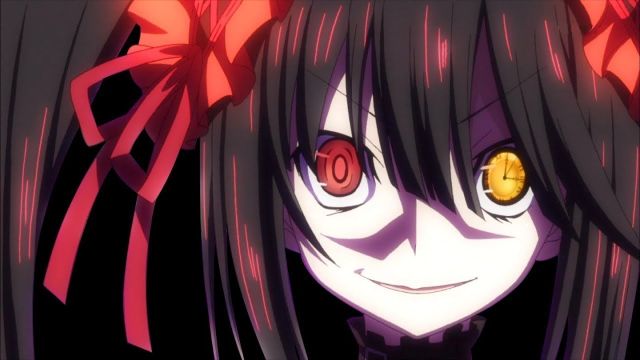 Clingy to the point of not letting their partner have their own space for too long.

If a girl talks to a Yandere’s boyfriend or the guy they like, they’re willing to kill them out of jealousy.

And if their boyfriend (or guy they like) talks to other girls, he’s bound to regret it.

There’s a reason why Yandere’s are so famous. They’re the most black and white, savage, and dangerous type of dere.

Some of the most famous  with Yandere’s:

Popular shows tend to have a Yandere or two, but not always. Either way – they’re influence on the industry is clear.

They played a role in changing  in the 21st century.

Relevant: These 25 Anime Shows Have CHANGED The Industry In One Way Or Another

In the main story it evolves with “Kuudere” tendencies.

Dandere’s are quiet and introverted. They spend time alone and are too anti social to be in groups or crowds.

They’re no different to a shy person with social anxiety. Making them relatable.

Similar to Himedere’s, Dandere’s aren’t the most famous type of dere. But they’re known enough and played a role in shaping in the 21st century.

Hinata from is probably the first and most recognized Dandere in the industry.

And plenty of other characters from semi-popular (or unpopular) shows.

There’s more “dere” types than this. But these 6 changed and influenced the industry more than any other.

And these 6 dere types are the most known by the average fan.